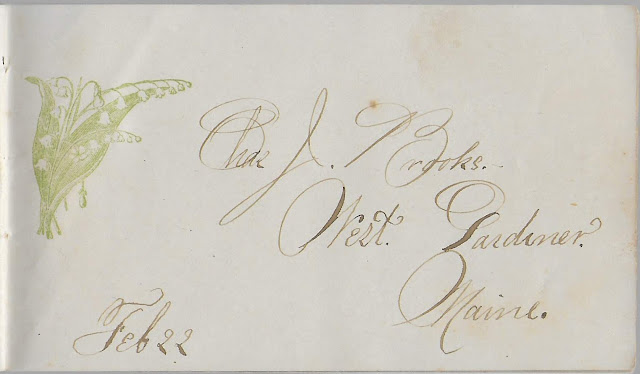 1883-1886 autograph album with inscribers mostly from West Gardiner, Maine, and most appearing to have been born in the late 1860s and early 1870s.

The album, which is missing its covers, measures approximately 5" by nearly 3", contains the sentiments of 22 of the owner's friends and possibly relatives.  An alphabetical list of the inscribers and any personal information they offered, appears at the end of this post.

An Alice M. Brackett made an undated inscription in the album but her age would have made this outside of the otherwise 1883-1886 range of inscriber dates. However, if the album belonged to Harry B. Hinkley, Alice might have found it at a later time and inscribed in it then.  Or inscriber Alice might have been Alice Maud (Brackett) Spear (1873-1959), who married Charles Orlo Spear (1871-1945). 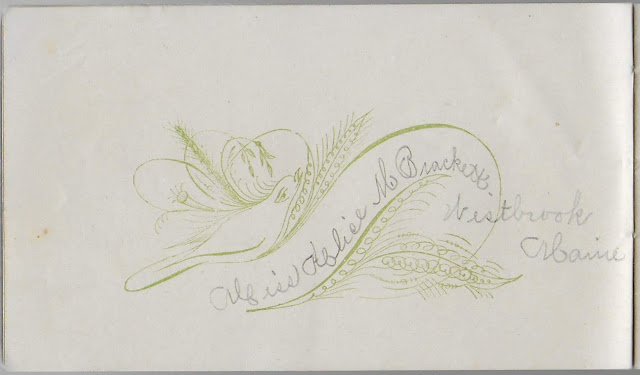 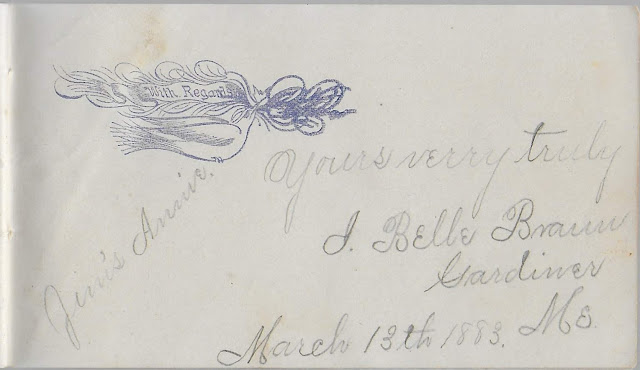 If you have corrections and/or information on any of the people mentioned below, please leave a comment.