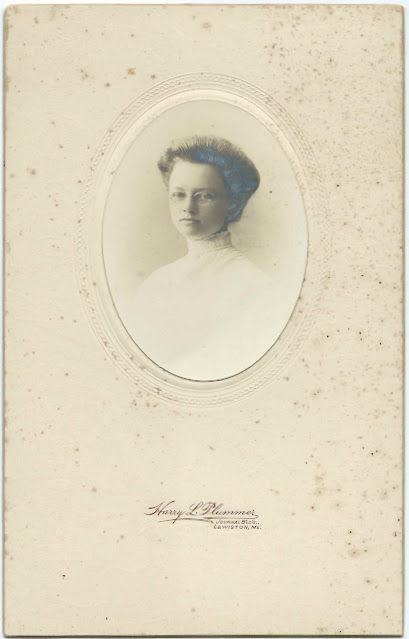 Note of January 30, 2016: this post was amended to reflect a reader's confirmation in the comments section that Helen was Helen Coy Greene.

Photograph, presumably a graduation photograph, of Helen Coy Greene, who was a member of the Class of 1909 at Bridgton Academy at North Bridgton, Maine.

She's mentioned in the General Catalogue of Bridgton Academy 1879-1916, featured in another post.  At the time of publication, Helen was teaching at West Bridgewater, Massachusetts. 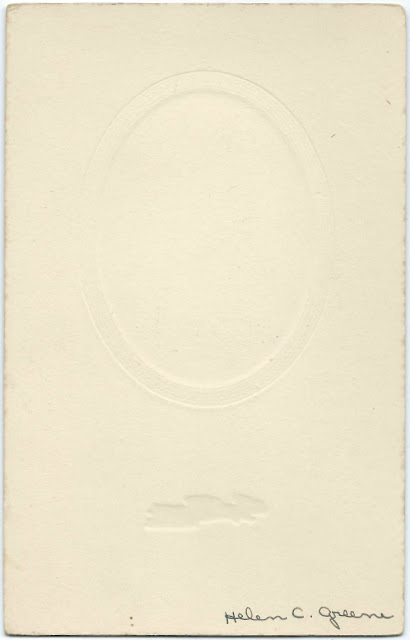 Helen Coy Greene was born at Otisfield, Maine on September 28, 1891, the daughter of George Hartley Greene and Lizzie Florence (Buck) Greene.  Helen was teaching at West Bridgewater, Massachusetts, at the time the catalog noted above was published.

If you have corrections and/or additions to the information above, or if you feel that Helen C. Greene is another person, please leave a comment for the benefit of other researchers.