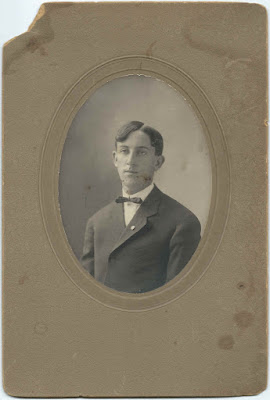 Two photographs of a young man identified on the reverse as Harold S. Babcock.  The photograph was taken by the J. F. Garrity studio of Bangor, Maine.  The young man was presumably Harold Snow Babcock of Hampden, Maine. 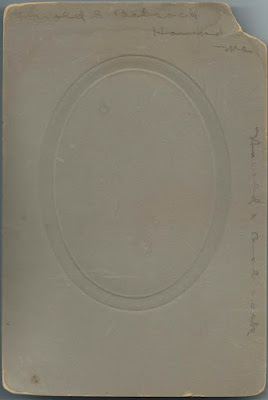 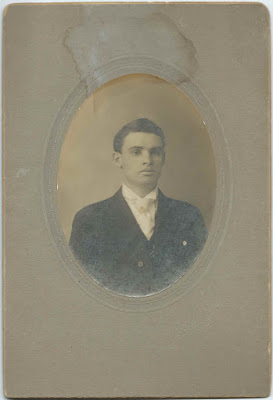 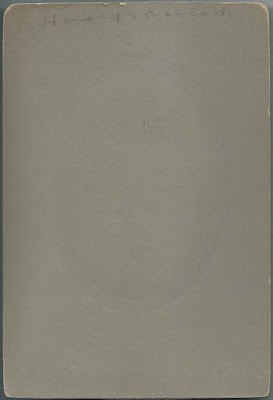 Assuming the young man was Harold Snow Babcock, he was born October 31, 1888 at Hampden, Maine, son of John William Babcock and Abbie Knowles (Tribou) Babcock.  Harold attended Hampden Academy and then worked as an orderly at Massachusetts General Hospital, where he met his future wife, nurse Matilda Harris, "Mattie", whom he married on September 26, 1912 at Portsmouth, New Hampshire.

Harold and Mattie moved to Philadelphia, where Harold attended Jefferson Medical College, from which he graduated in 1916.  He must have been quite a character, as you can see from this description of him in alumni news.

Upon graduation, the couple returned to Maine, where by the time Harold completed his World War I draft registration card, he was working at Eastern Maine General Hospital at Bangor, Maine.  He spent the remainder of his life serving the people of the Castine area of Hancock County.  See the Babcock house here.  The couple had, I believe, just one child.

Posted by Pam Beveridge at 8:18 AM