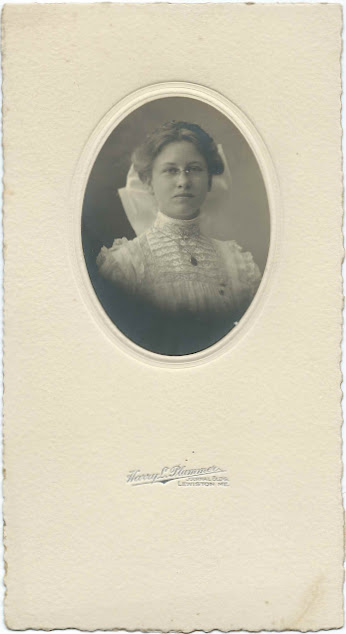 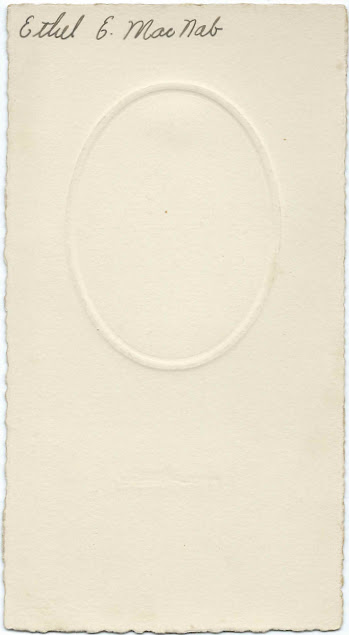 Ethel E. McNab was born about December 20, 1891 at Bartlett, New Hampshire, the daughter of Charles E. McNab and Clara (Quint) McNab, who were born at Pugwash, Nova Scotia, and Philadelphia, Pennsylvania, respectively.
On September 2, 1919 at Lancaster, New Hampshire, Ethel, who was then teaching school, married William Leonard McCarten, son of William H. McCarten and Janette (Gray) McCarten.  William graduated in the Class of 1914 from New Hampshire College.  At the time of his marriage, he was working as a clerk but he was later involved in the lumber industry.  I noticed a discussion online that the McCarten name had originally been McCartney.

Ethel and William had at least one child, a son.  William Leonard McCarten died in 1963, and Ethel in August 1981.