Photograph of Will Whitten, Husband of Lizzie; by a Brockton, Massachusetts Studio 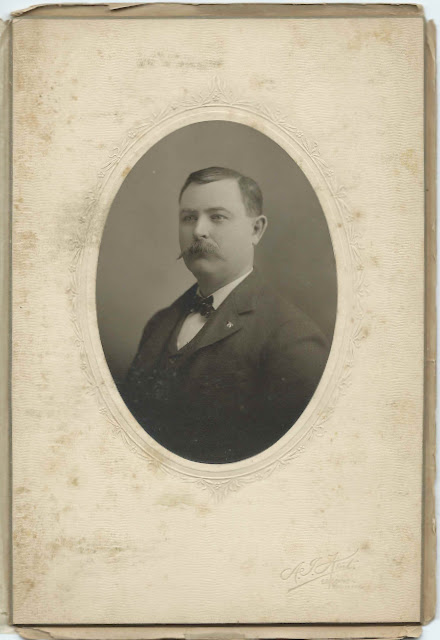 Photograph of a man identified on the reverse of the folder as "Aunt Lizzie's husband Will Whitten".  The photograph was taken by the Kent studio of Brockton, Massachusetts. 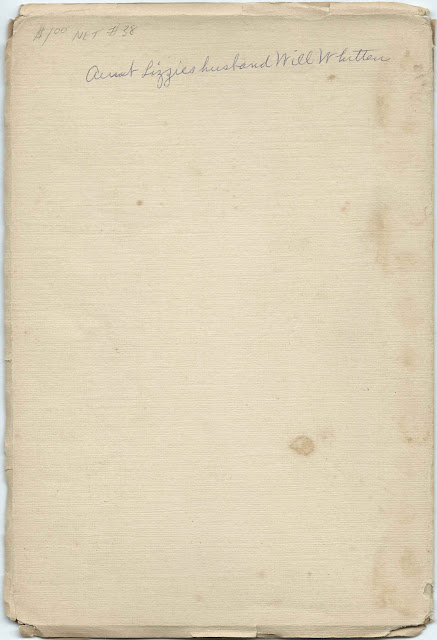 I found more than one possibility for a Will Whitten in the Brockton area.  One was William H. Whitten, twice previously married, who became the third husband of Priscilla Elizabeth (Lucas) Haynes on November 20, 1907 at Brockton, Massachusetts.

If you have corrections and/or additions to the information above, or another theory as to the identity of Will Whitten, please leave a comment or contact me directly.