Collection of Photographs of the Family of Herbert A. Young and Sarah Louise (McDonald) Young of Auburn, Maine 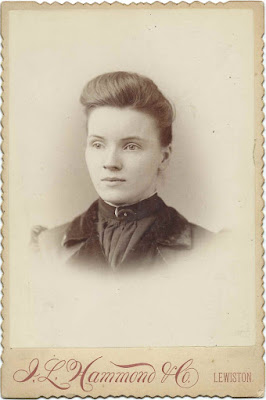 Eight photographs of the Young family of Auburn, Maine.  Above, Sarah Louise (McDonald) Young, as identified below.  The collection consists of two more photographs of Sarah, several photographs of her children and a cabinet photograph of young Marguerite Sullivan. 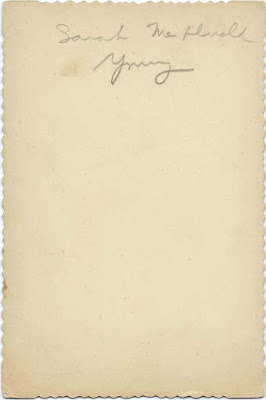 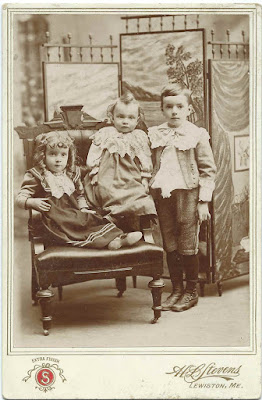 Herbert A. Young was born about March 1864 at Saco, Maine, the son of Charles Allen Young and Caroline (Jewett) Young.  On July 23, 1889 at Lewiston, Maine, Herbert married Sarah Louise McDonald, daughter of Alexander and Sarah (Rush) McDonald.  Sarah was born at Benedicta, Maine, on July 14, 1869. 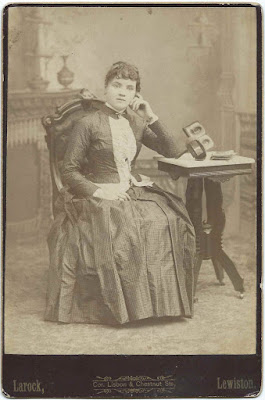 Children of Herbert A. Young and Sarah Louise (McDonald) Young:
As you can see from the above, the family suffered its share of tragedy. 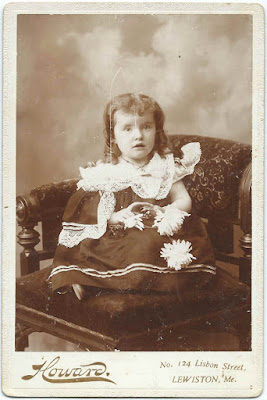