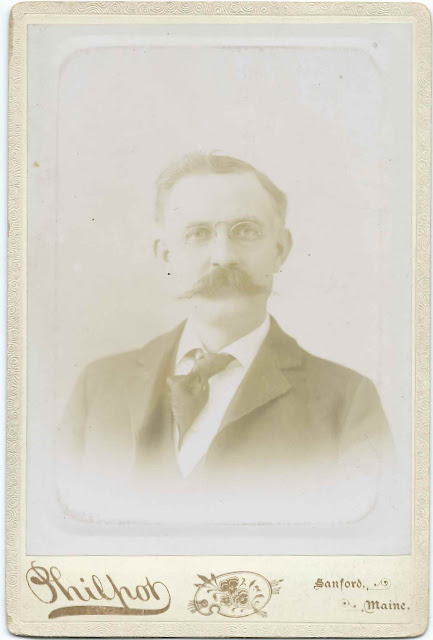 Cabinet photograph of a man identified on the reverse as E. E. Hussey.  The photograph was taken by the Philpot studio of Sanford, Maine.  The man may have been Edward Elmer Hussey. 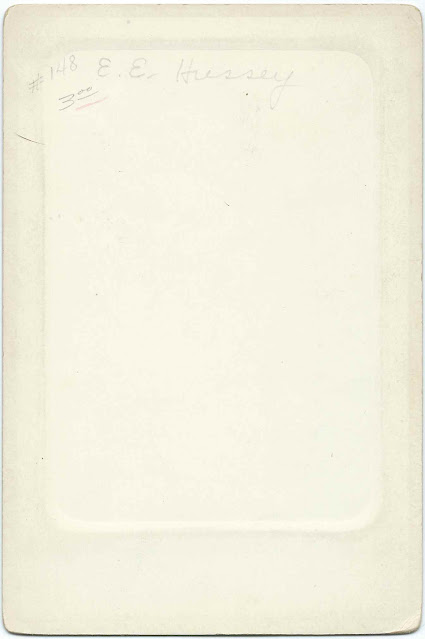 E. E. Hussey may have been Edward Elmer Hussey, born March 27, 1861 at Charlestown, Massachusetts, the son of Burleigh S. Hussey and Lavinia T. (Miller) Hussey.  Burleigh was born at Kennebunkport, Maine, not far from Sanford, Maine, according to Edward's birth record.

See a short biography of Edward Elmer Hussey here, from Maine Biographies, by Harrie B. Coe, published in 1928.

I didn't find a record for any children for Edward and Abbie.  Abbie died in 1919, and Edward in 1939.  If you have corrections and/or additions to the information above, please leave a comment or contact me directly.