Update of Careers of 22 Graduates of the Class of 1888 of Maine State College at Orono, Maine 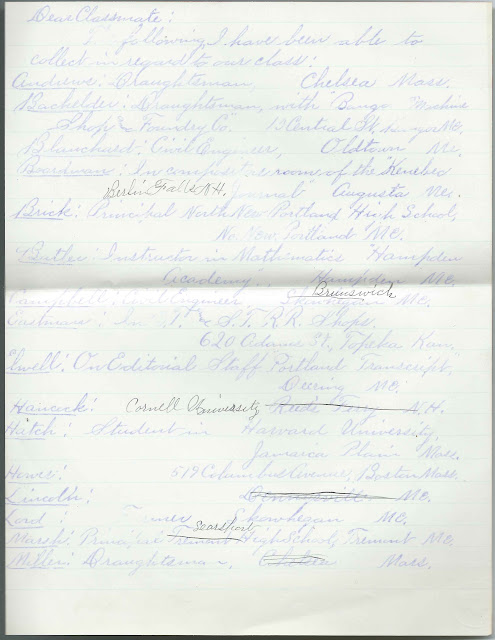 Two copies of handwritten pages that note the career updates of 22 graduates of the Class of 1888 at Maine State College at Orono, Maine, now the University of Maine.  The pages are undated, but I believe the updates were acquired in the 1890s.

The students listed were among the most active in the officer doings of the Class, as noted in another post that features the minutes of the secretaries of the Class of 1888, from 1884 to 1888. 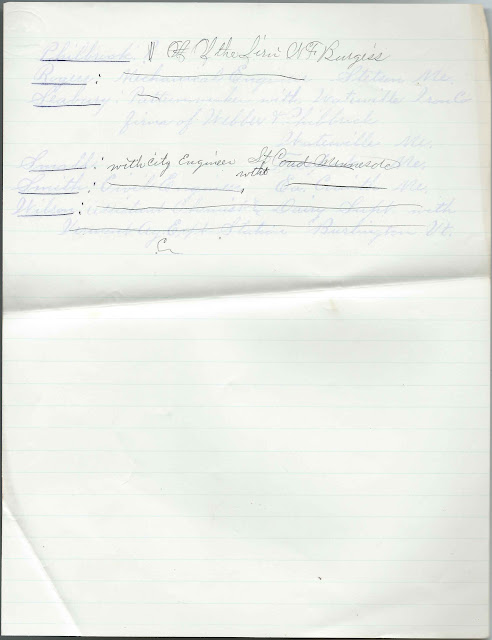 In alphabetical order, the students mentioned, the update and, in some cases, a further update: