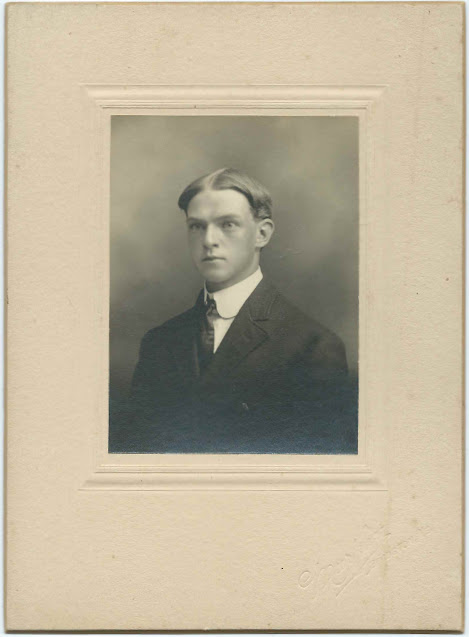 1908 photograph of Hiram Granville Burnell , presumably taken the year of his graduation from Bridgton Academy.  The photograph was taken by the Murphy studio at Bridgton. 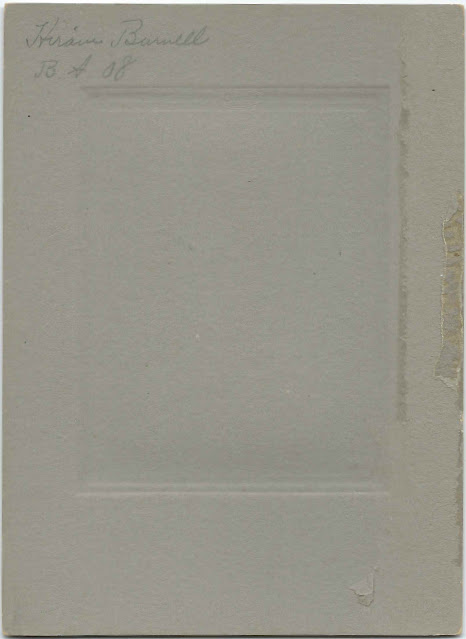 Hiram Granville Burnell was born at Bridgton, Maine, on January 31, 1888, the son of Granville M. Burnell and Caroline M. (Corson) Burnell.  By 1910, Hiram was still at home and working as a salesman at a 5 and dime store.

On May 18, 1914 at Somersworth, New Hampshire, Hiram married Nola M. Ellis, daughter of Herbert Ellis and Carrie (McDaniel) Ellis.  Nola was born about June 1894  in Maine.  By the time Hiram completed his World War I draft registration card, he and Nola were farming at South Lebanon, Maine, presumably at the farm of Nola's parents.  Hiram had lost the index finger of his left hand.