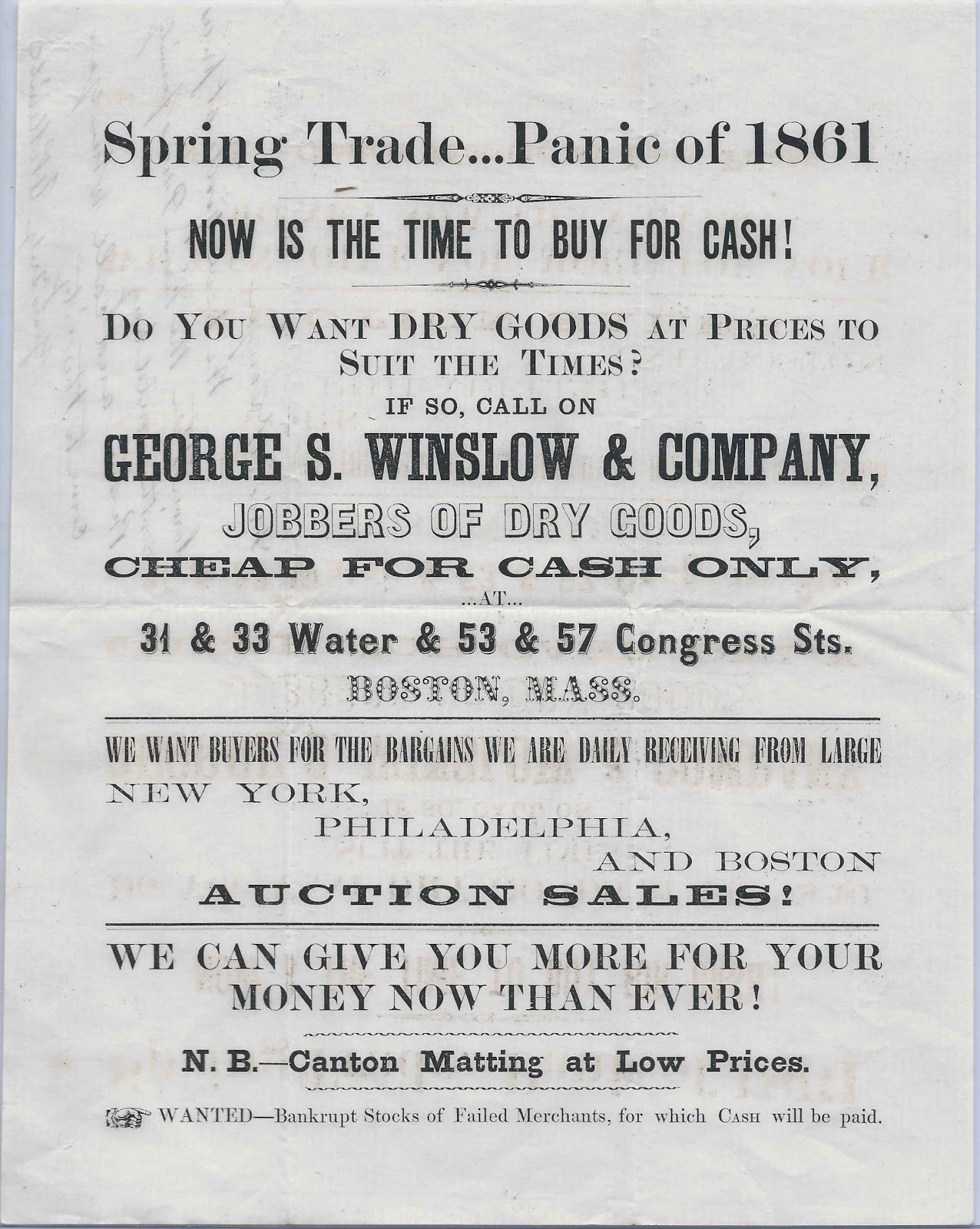 The sheet is approximately 9-3/4" x 7-3/4".  There's a note on the reverse by salesman E. P. Merrill, addressed to Friend Sawyer, that Merrill is now working for this firm and is able to offer lower prices than previously. 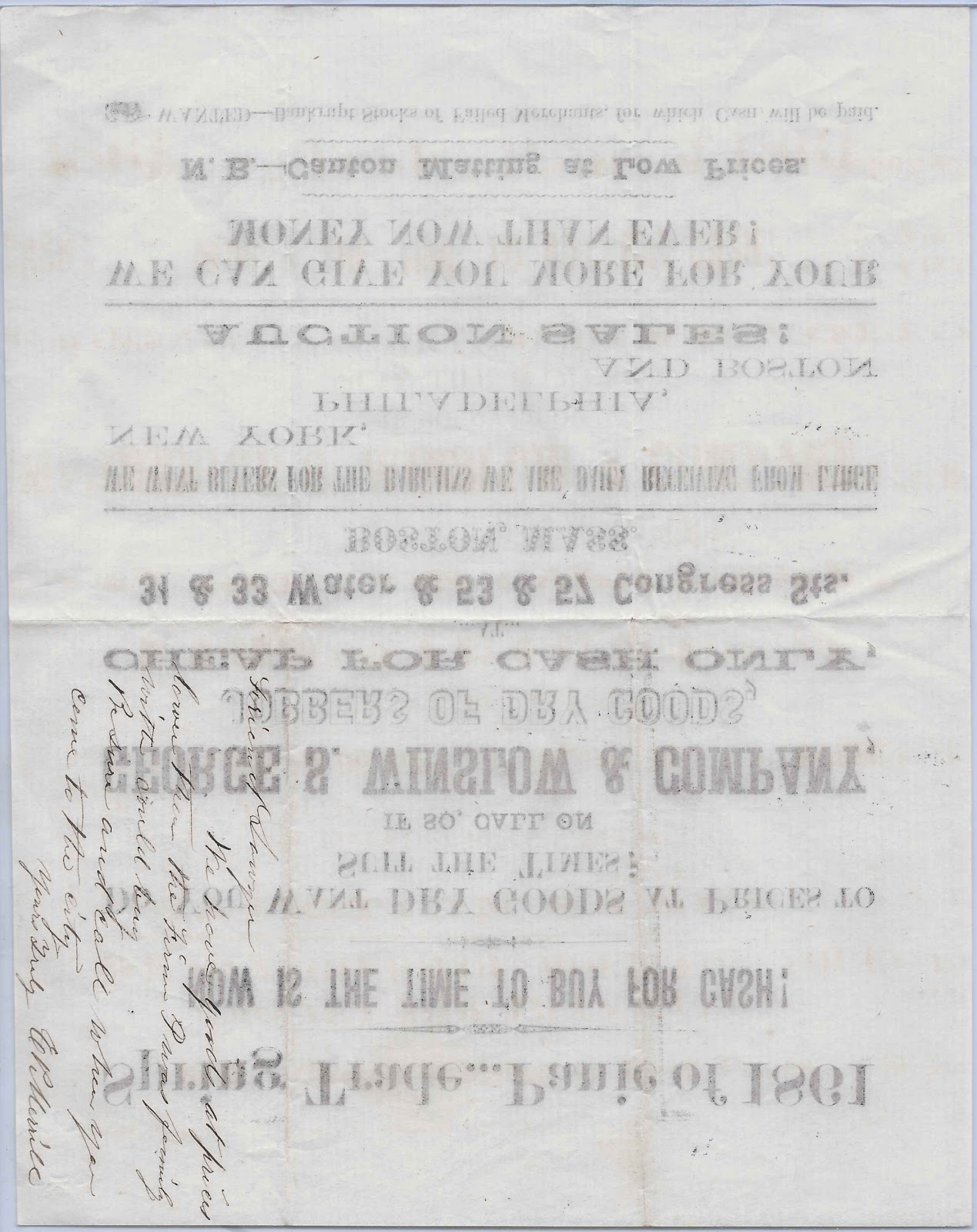 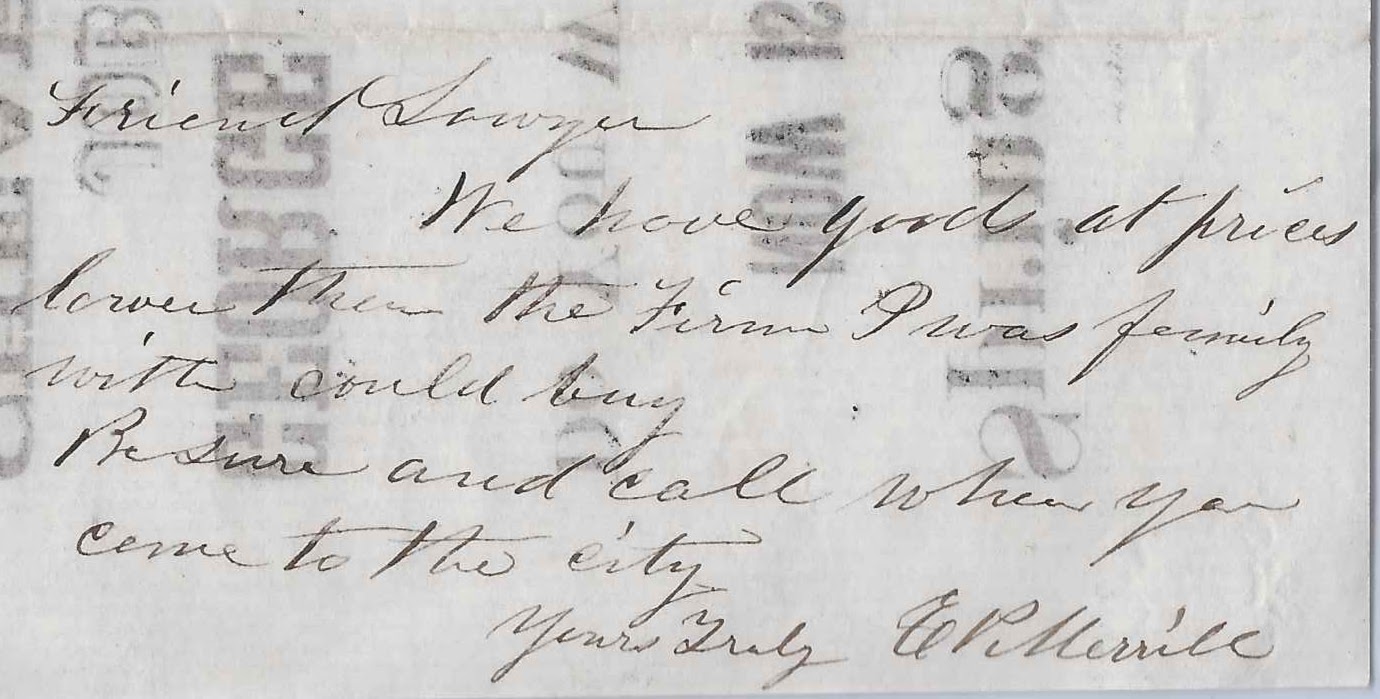 If you have a theory as to the identity of E. P. Merrill, please leave a comment or contact me directly.

The area where George S. Winslow & Company was located: