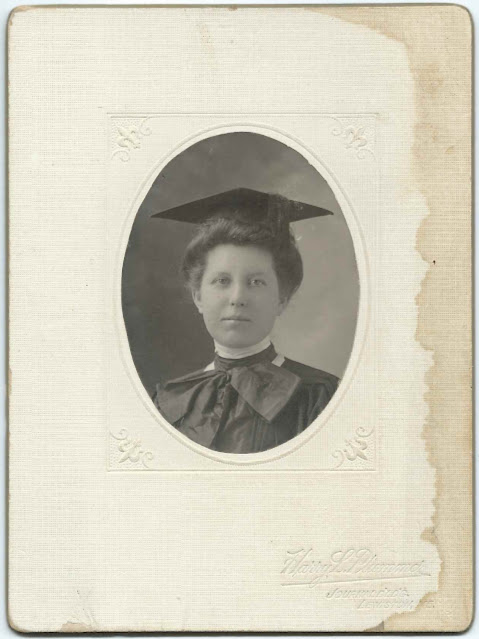 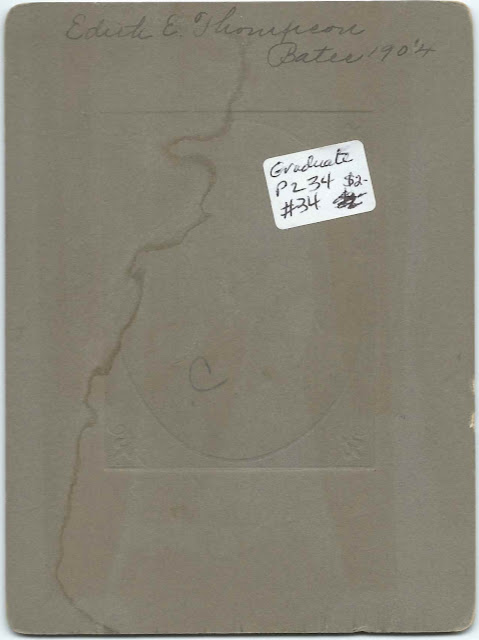 Edith Etta Thompson was born 19 December 1879 at Kingfield, Maine, daughter of Josiah and Sabrina K. (Walton) Thompson, who I believe were both natives of Mercer, Maine.

According to information in a 1915 Bates College publication, Edith Etta Thompson taught high school at Brewer, Maine, and at the Abbott School at Farmington, Maine, before her marriage.

On 7 October 1908, at what from the record appears to be Manila, Philippine Islands, Edith Etta Thompson married Harold Davis King, son of William and Julia (David) King.  Harold David King was the second and last Commissioner of Lighthouses for the United States Bureau of Lighthouses.  Read about the controversial end of his post and career here.

I wonder if this is the same home: