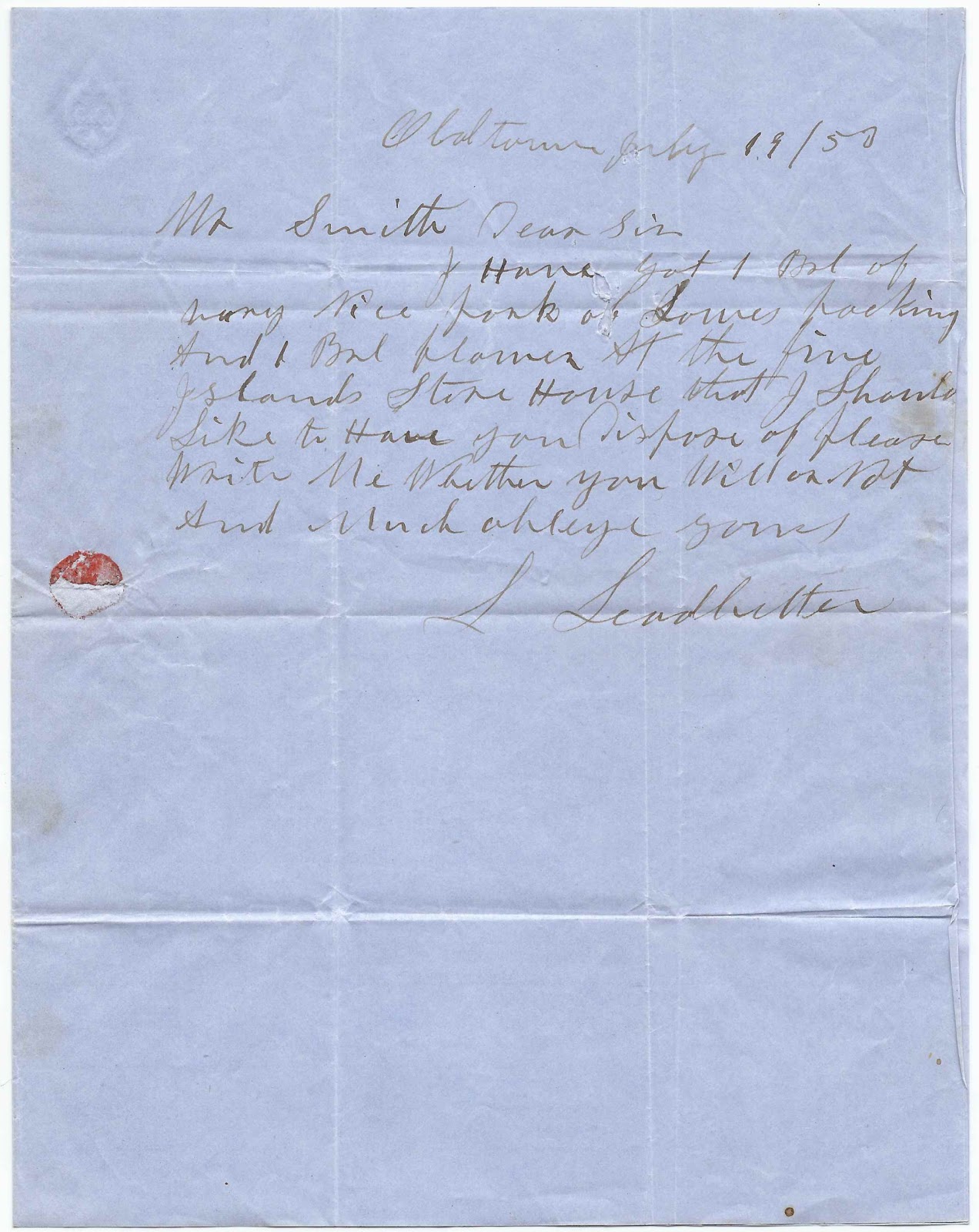 July 19, 1853 letter sent by Lorenzo Leadbetter at Old Town, Maine, to Asa Smith, Esquire, at Mattawamkeag, Maine.  The letter concerns pork and flour that Leadbetter has for sale. 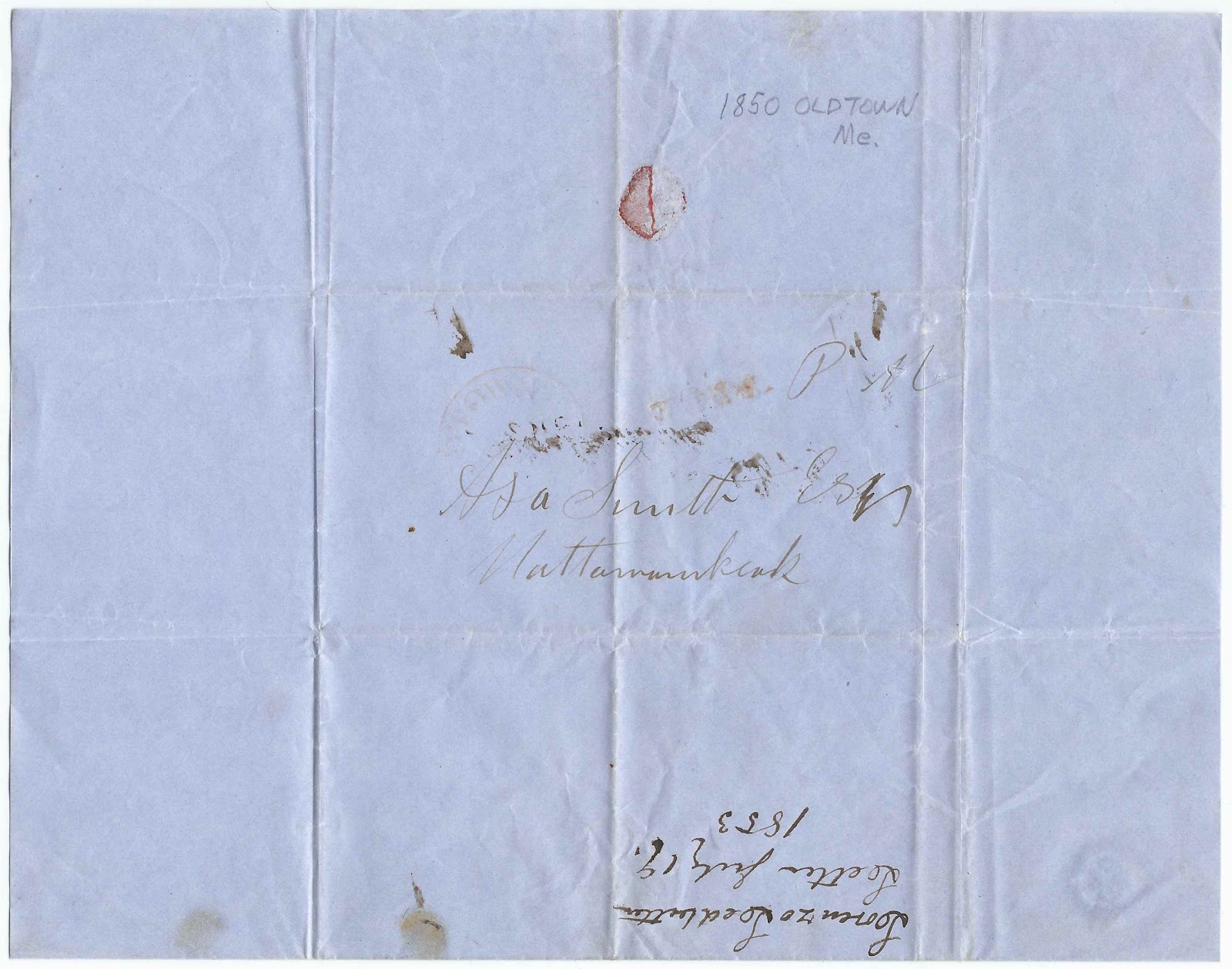 Mr. Smith, Dear Sir
I have got 1 Bbl of very nice pork of Lowes packing and 1 Bbl flower at the Five Islands Store [or Stone] House that I should like to have you dispose of.  Please write me whether you will or Not and Much obliged.  Yours,
L. Leadbetter

There's a biography, shown below, of Lorenzo Leadbetter in "American Lumbermen: the Personal History and Public and Business Achievements of One Hundred Eminent Lumbermen of the United States", Third Series, published in 1906.

Lorenzo Leadbetter was born at Leeds, Maine, on March 8, 1809, the son of Samuel and Betsey (Parcher) Leadbetter.  As a young man, he moved with his brother Horace to the Old Town, Maine, area, to make his fortune.  He married Mary Ann Shaw at Old Town, Maine, in 1835.  They had two children, Laura Leadbetter and Alvah Leadbetter, who died before their time.  Mary Ann (Shaw) Leadbetter died in 1850.  A few years later, Lorenzo moved to Michigan to pursue the lumbering trade.

Lorenzo married Rebecca H. Robinson at Detroit, Michigan, in 1858.  They had children Herbert Leadbetter and Helene Leadbetter.  As the biography indicates, Lorenzo Leadbetter became an important citizen of Michigan before falling ill in 1865 and dying, just as his efforts were beginning to bear fruit.  Litigation between his heirs further reduced his legacy. 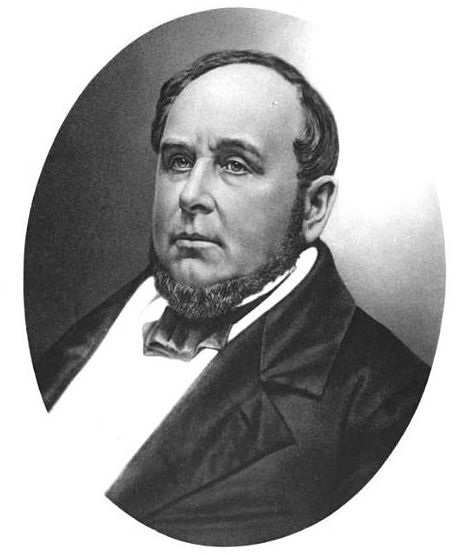 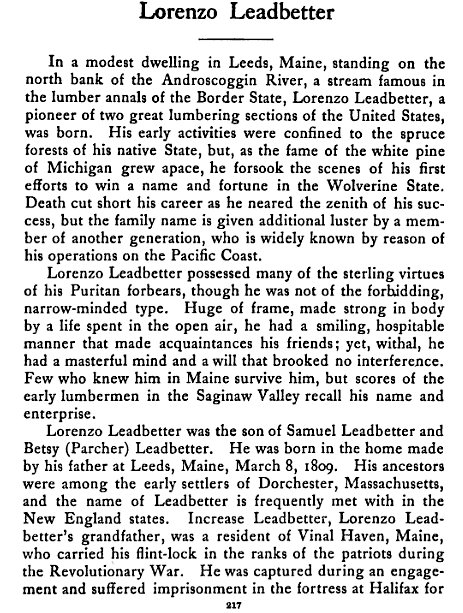 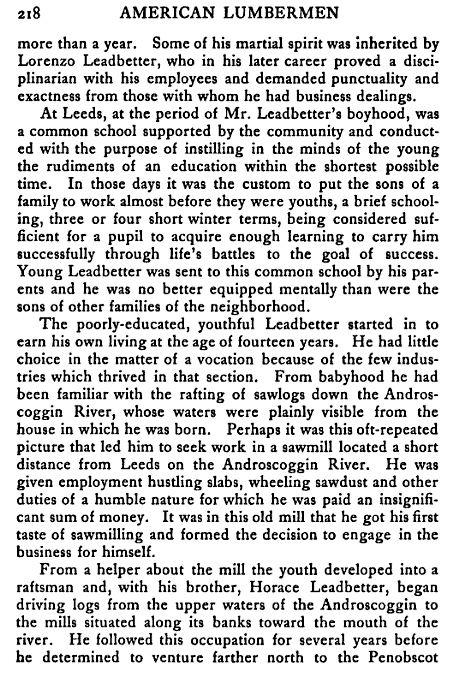 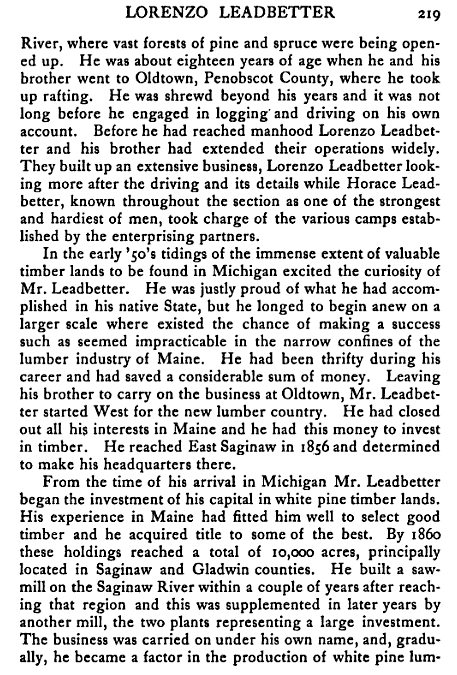 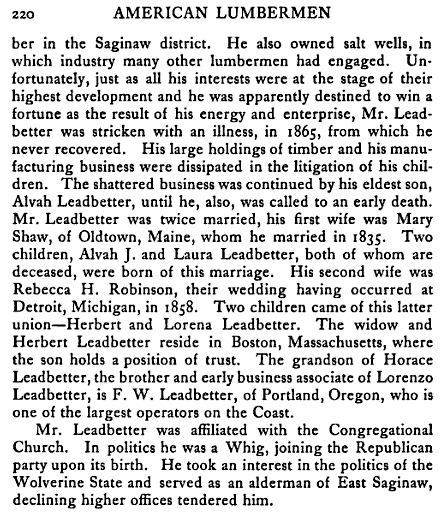 Asa Smith was associated with the hotel in Mattawamkeag and was a merchant and civic leader.  From "The History of Penobscot County, Maine, with Illustrations and Biographical Sketches", published in 1882

The biography, shown below, indicates that Asa Smith was born August 12, 1798, at Danville, Maine, son of Pelatiah Smith.  In December 1821, young Asa ventured north to Penobscot County, working first at Passadumkeag, Maine, where he met his wife, Louisa (Haynes) Smith.  They married February 19, 1826.  Eventually they moved up the Penobscot River, beyond the roads, to Haynesville, before buying the log house which served as a hotel at Mattawamkeag, Maine.  He stayed at Mattawamkeag for the rest of his life and was involved in trade and farming and once served in the Maine Legislature.  He and Louisa had six children: 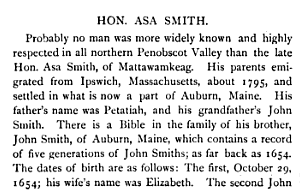 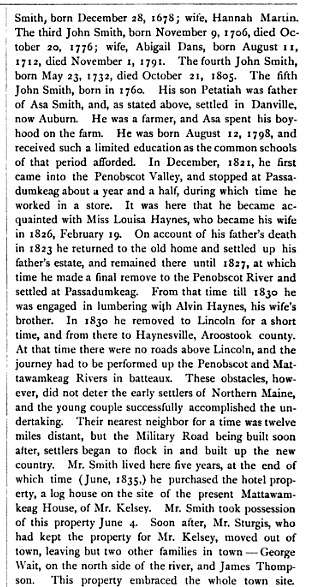 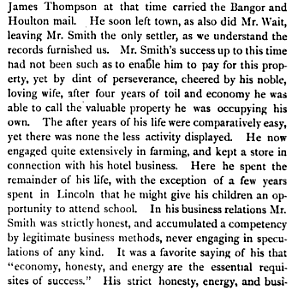 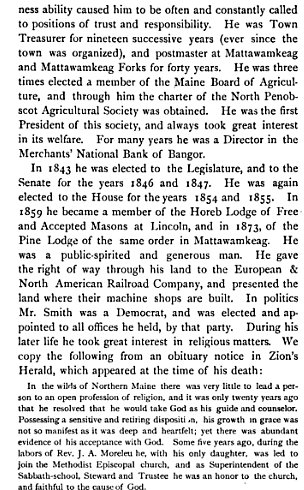 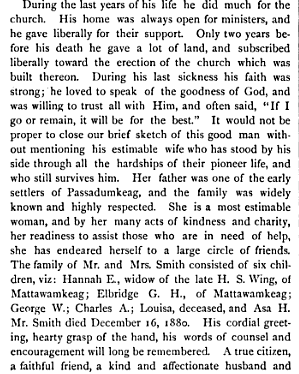 Old Town, Maine [A] and Mattawamkeag, Maine [B]