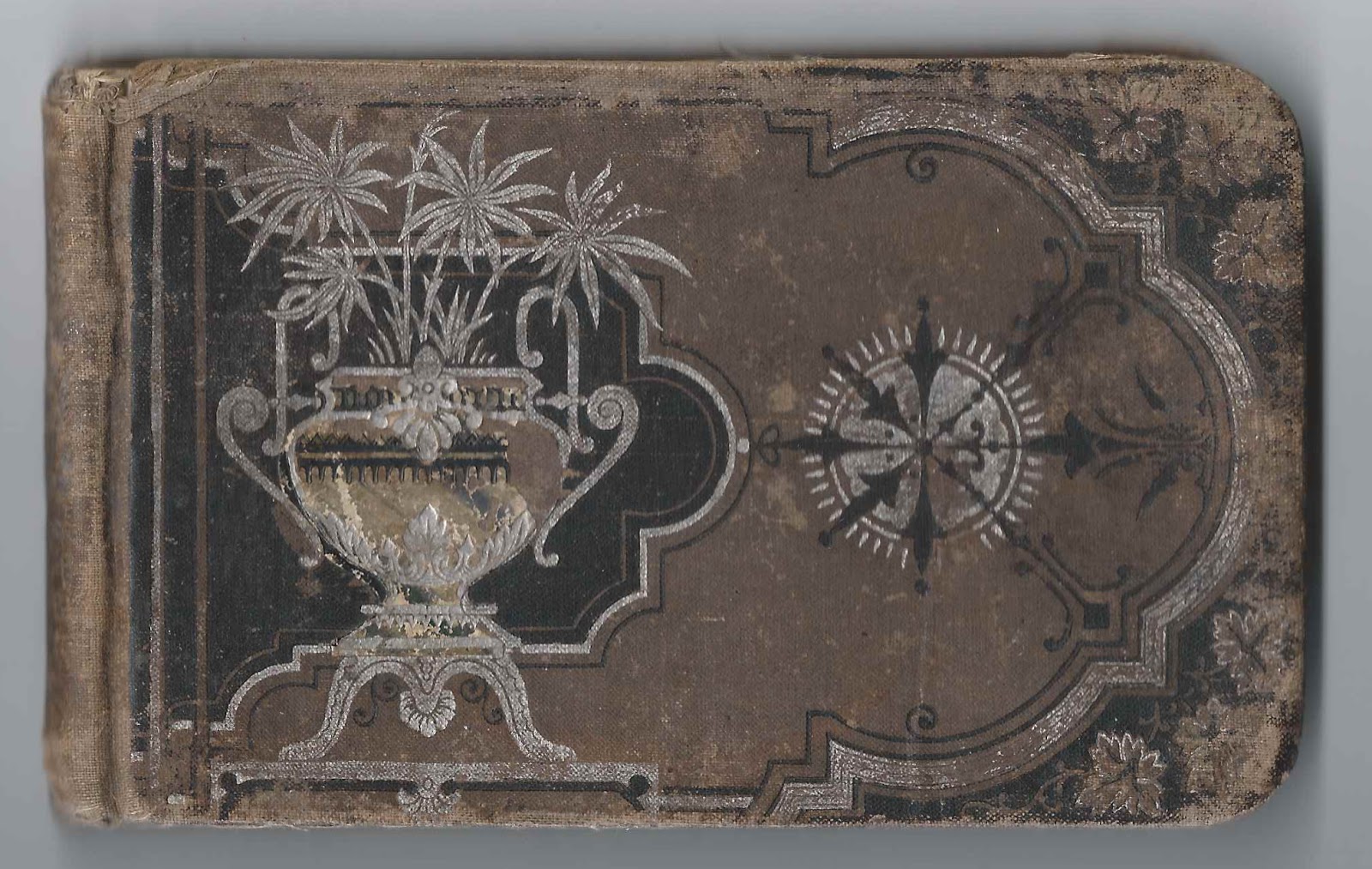 A few pages are inscribed beyond the era of the 1880s, a couple by her daughters.  Research would indicate that Susie had died by the time at least some of these pages were inscribed, so perhaps her family was attempting to keep her memory alive.

Susie's older brother, Theodore P. Sheneman presented the album to her at Christmas in 1881.  Theodore signed a page later on in the album, as well. 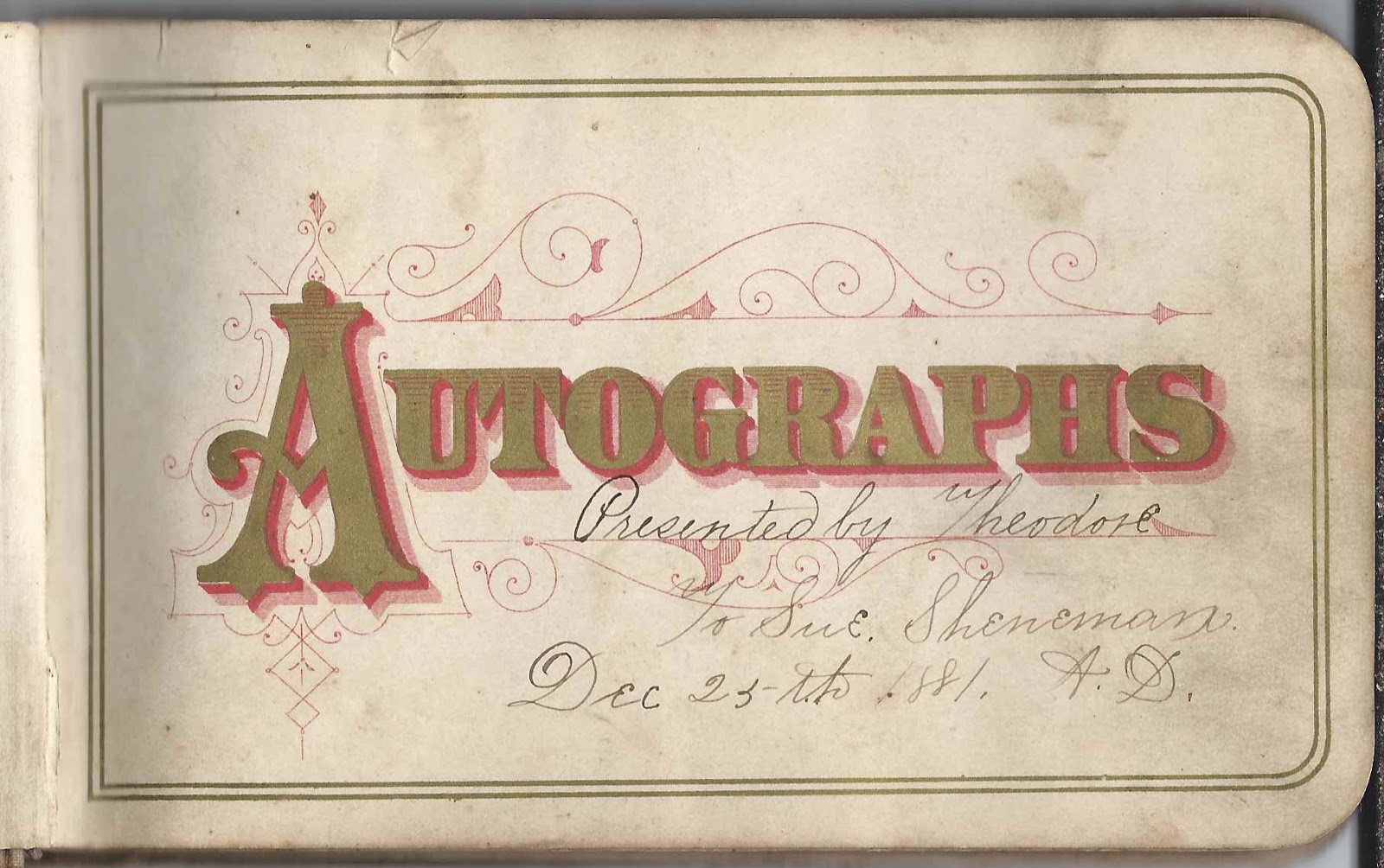 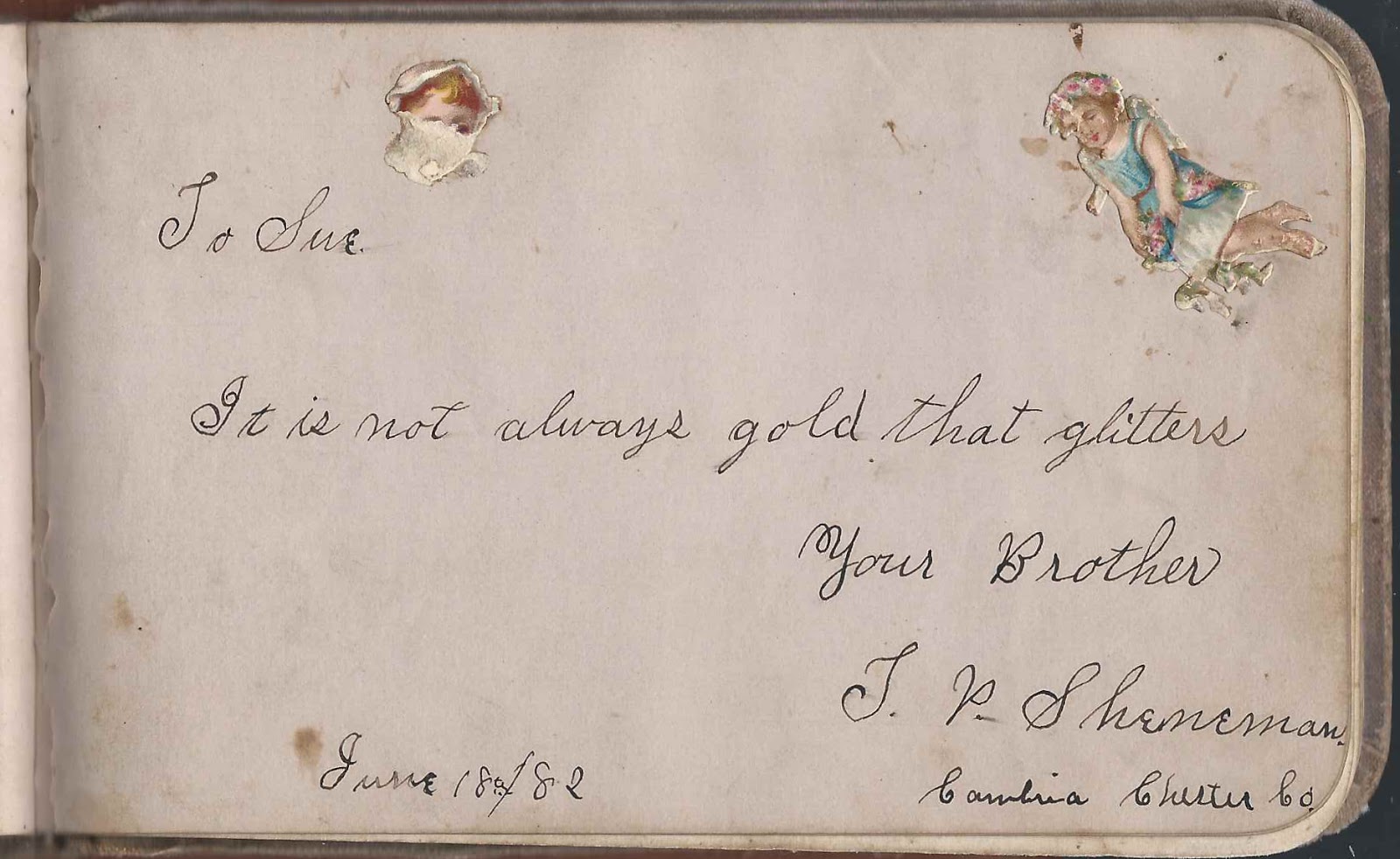 Susie herself inscribed a page to the people would be signing in her album. 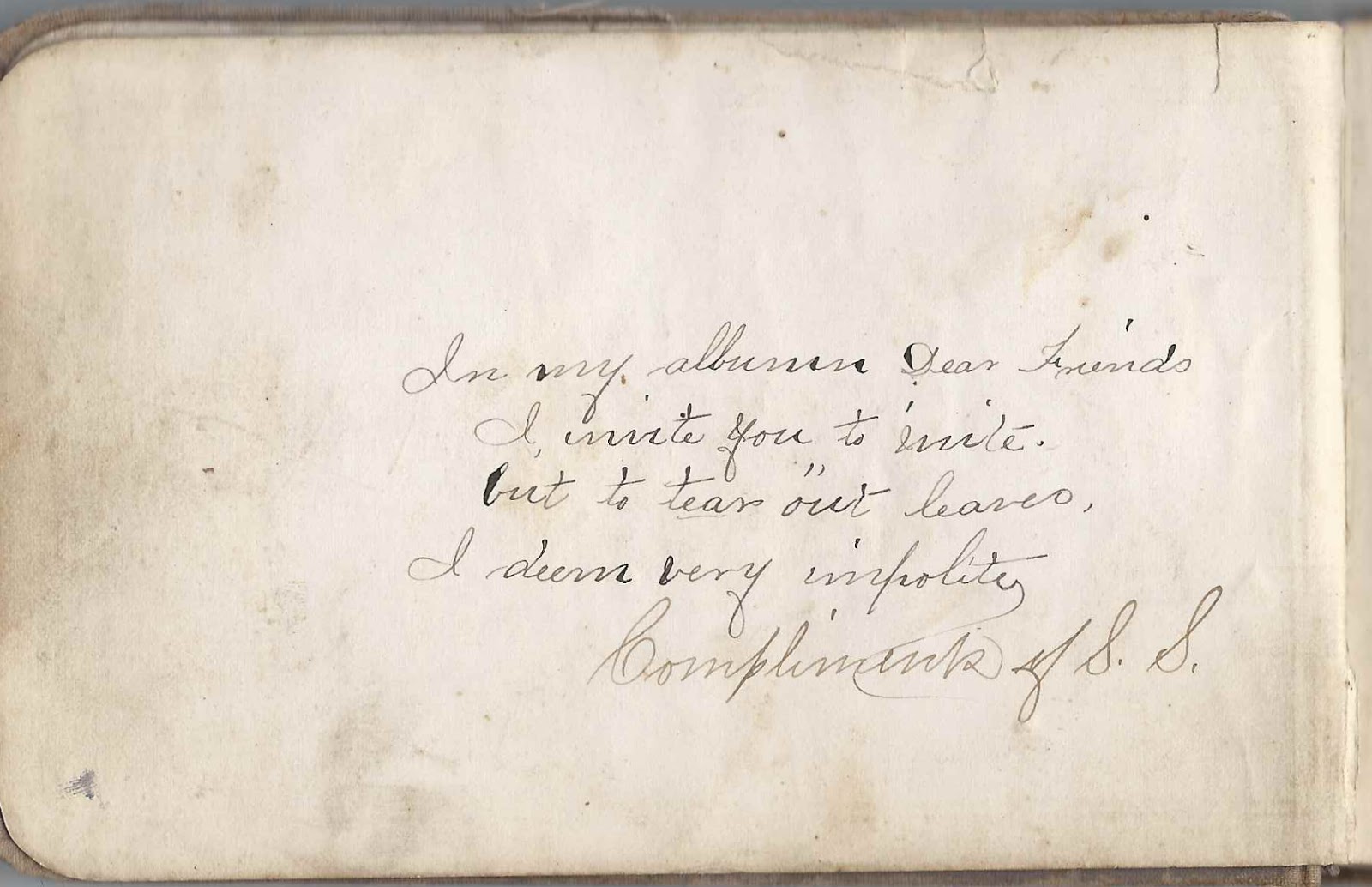 Bessie Sheneman wrote on the inside front cover.  I don't know who Bessie was, and I don't know which era in which she signed.  Susie had an older sister named Emma E. Sheneman, but she had died by the time Susie acquired her album. 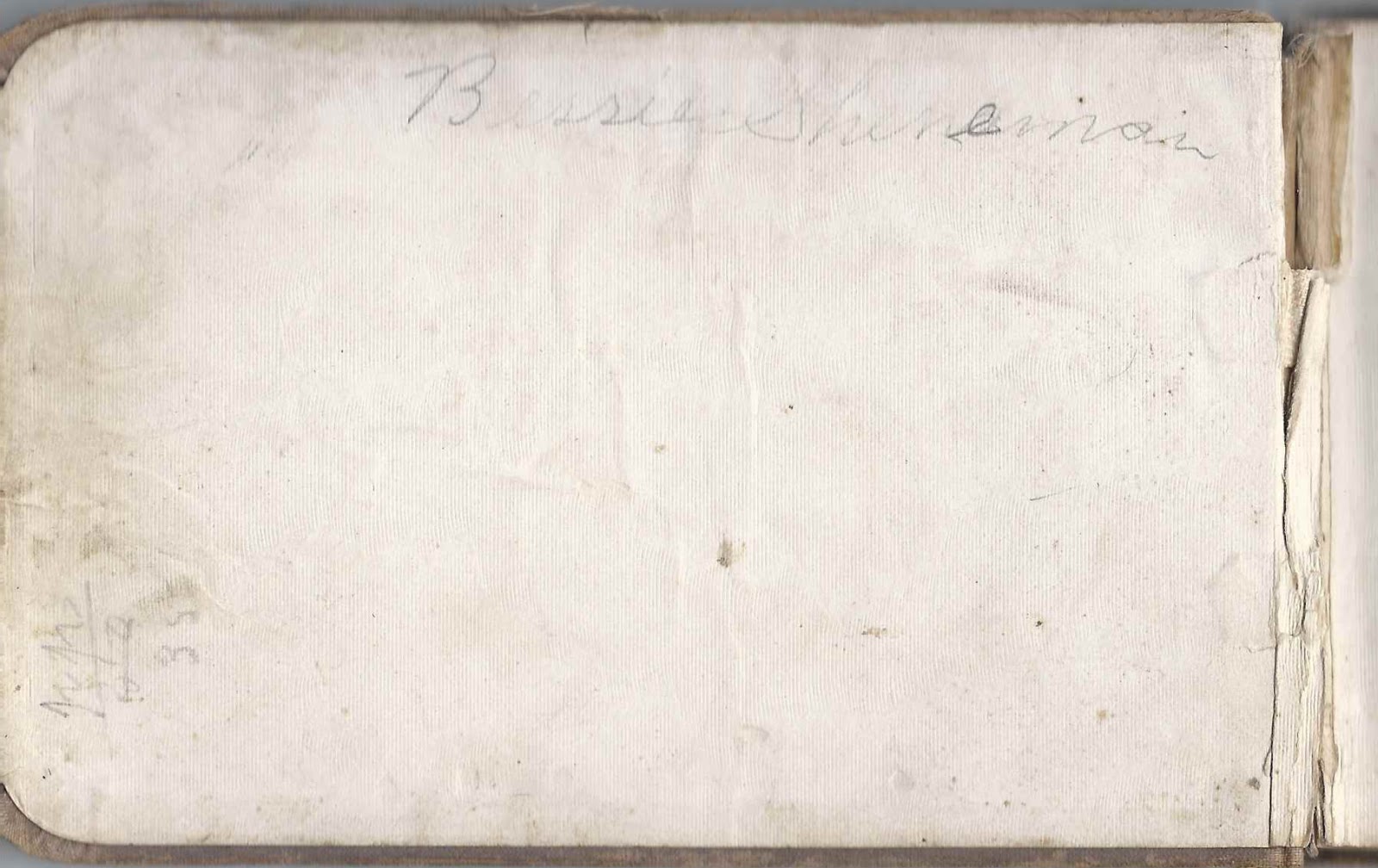 Susan Sheneman was born 11 April 1867 in Pennsylvania, the daughter of John and Margaret (March) Sheneman.   From what I could tell, she was the youngest of seven siblings, two of whom were the above-mentioned Theodore P. Sheneman and Samuel Milton Sheneman, who may have been the S.M.S. who signed two pages in the album with his distinctive handwriting. 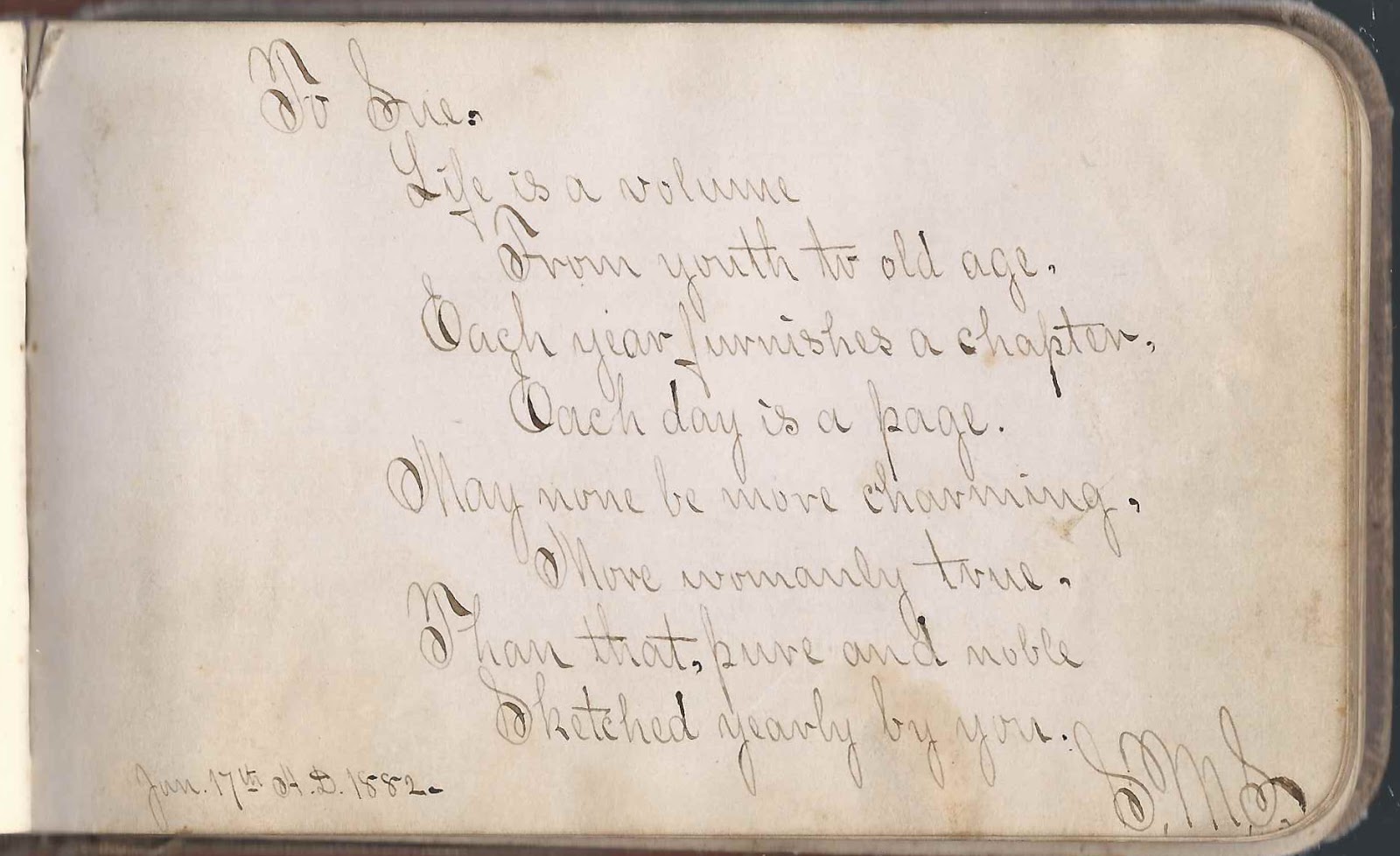 Lewis inscribed two pages in Susie's album, one likely before their marriage and one, on the inside back cover, after. 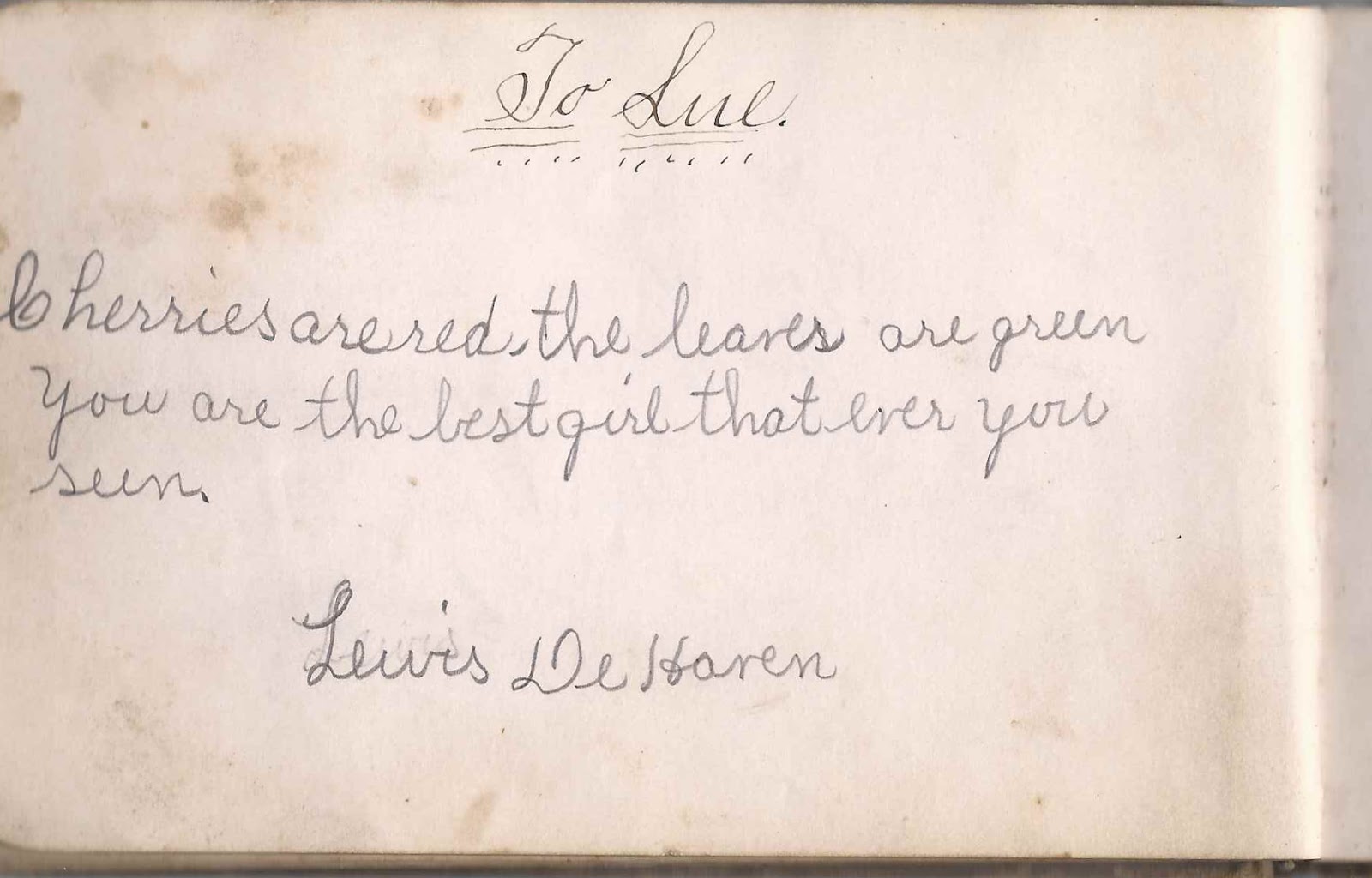 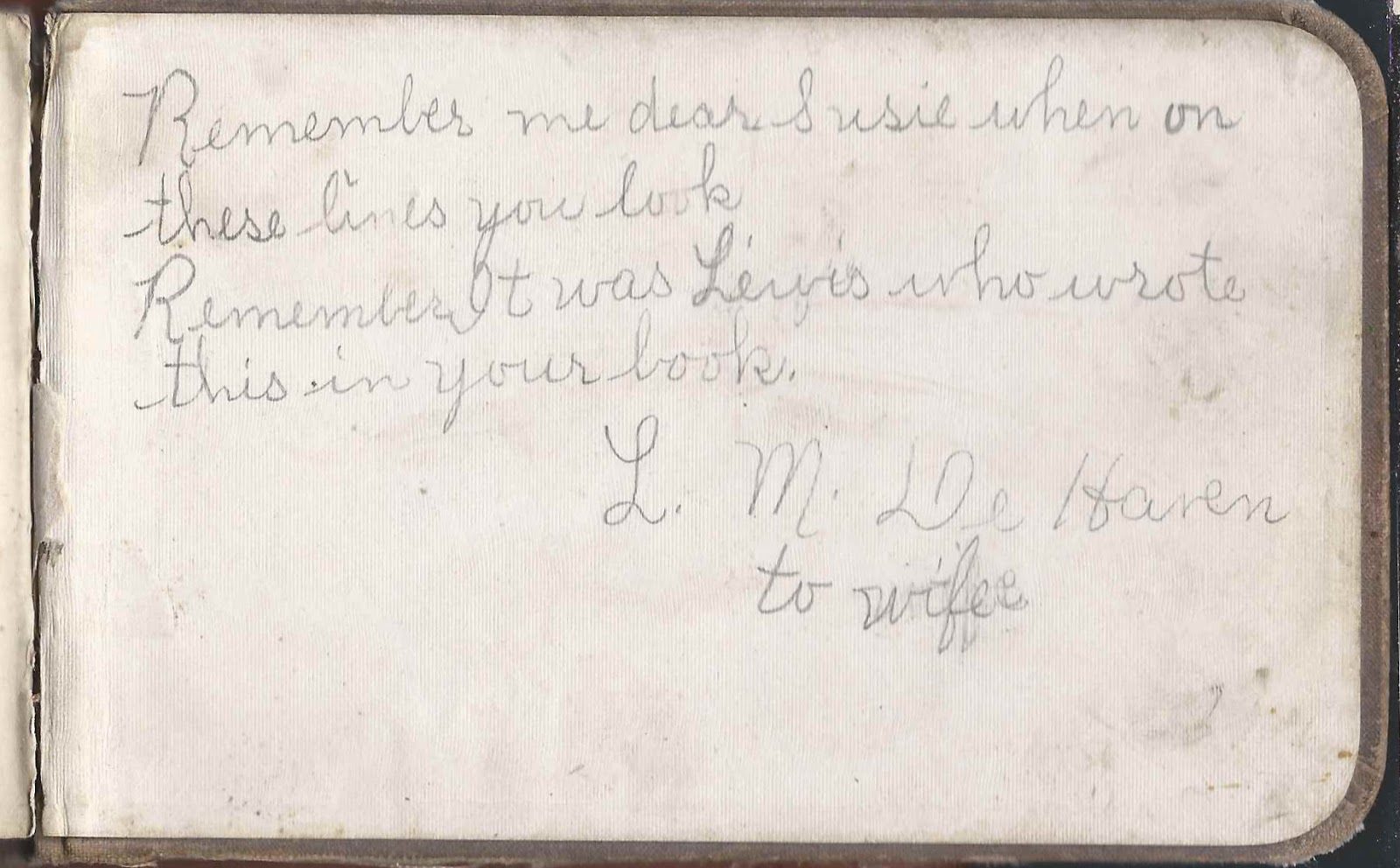 The couple had at least two daughters and possibly a son Harvey, before Susie died on 22 January 1897.

Daughter Agnes Clara DeHaven, who was born about September 1891, two pages in her mother's album, one of them on February 8, 1898 "In Remembrance". 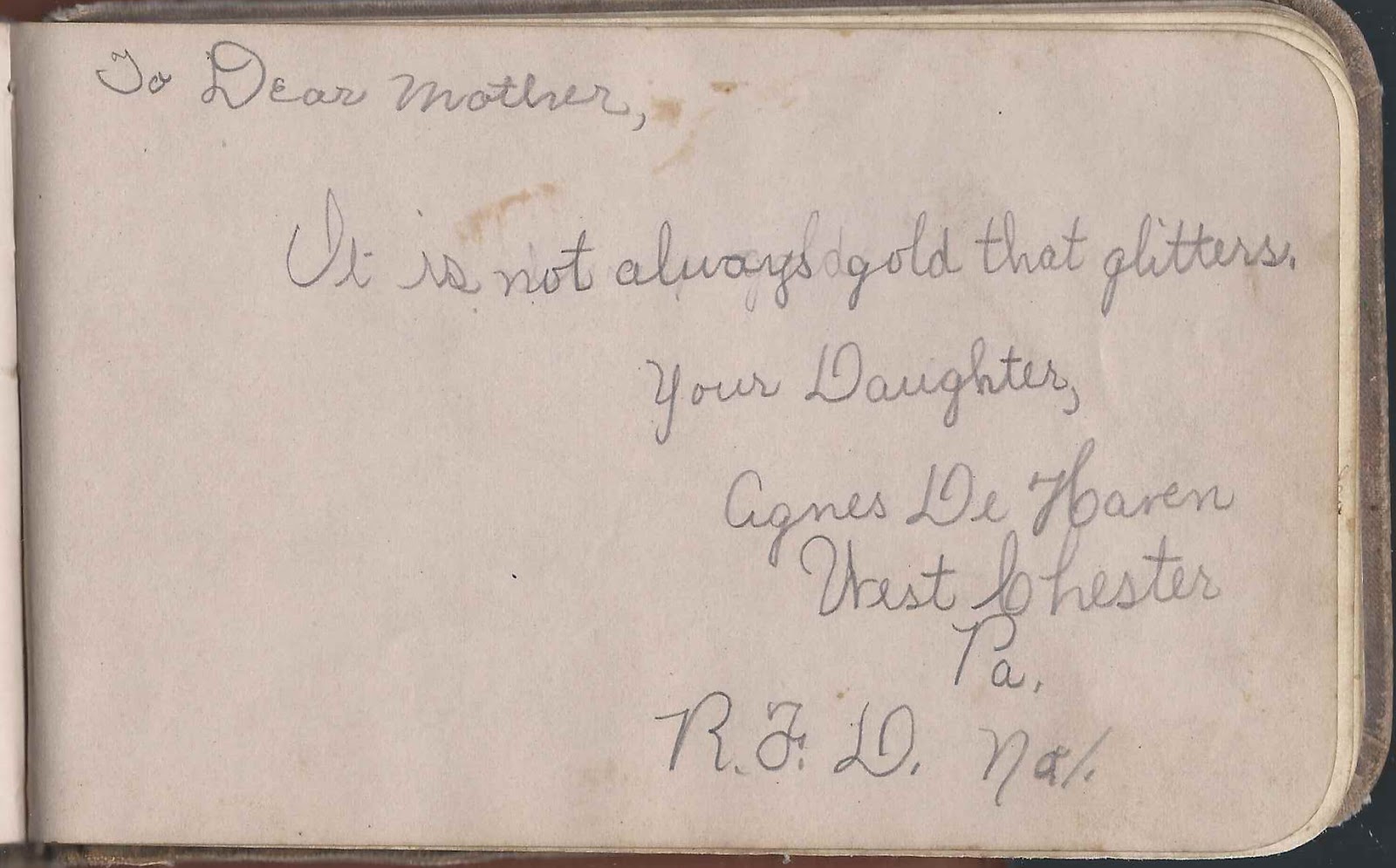 The page signed by Lizzie DeHaven of West Chester, Pennsylvania, on January 10, 1901, is a puzzler.  I'm wondering if Lizzie was Susie's daughter from before her marriage to Lewis or a foster daughter to the couple.  She may have been the Elizabeth Weer who became the second wife of Mordecai Lewis DeHaven about 1900.  Elizabeth was born 11 February 1879 and died 11 September 1931.  Lewis had predeceased her in 1918. 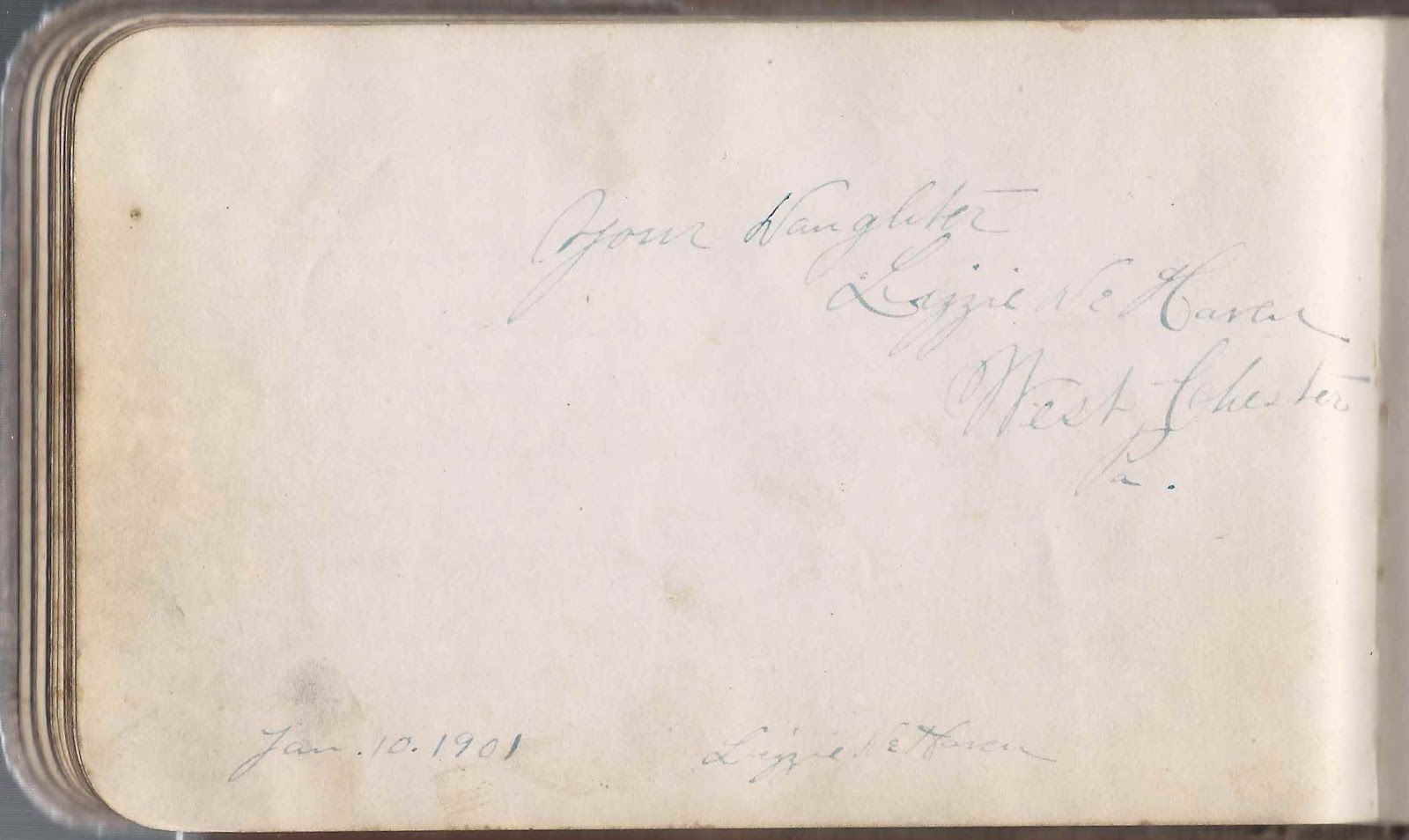 Signers in the album            [Note: Given names within a specific surname may not be in alphabetical order.]