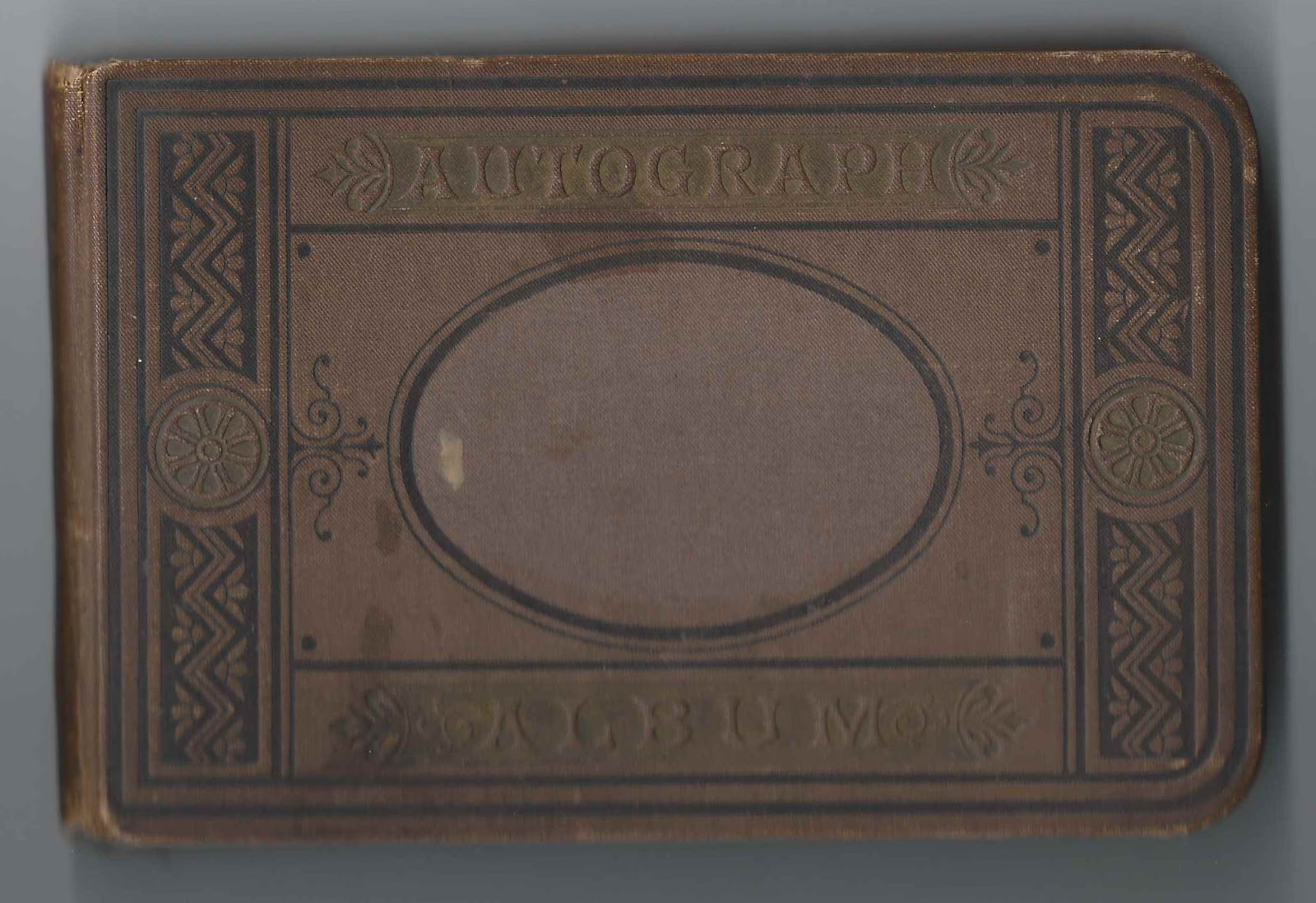 1880s autograph album of Hattie E. Fryman of Greenport and Claverack, New York.  Hattie wrote that she received the album at Christmas in 1879, but I believe she meant Christmas 1878, as many people wrote messages earlier in 1879. 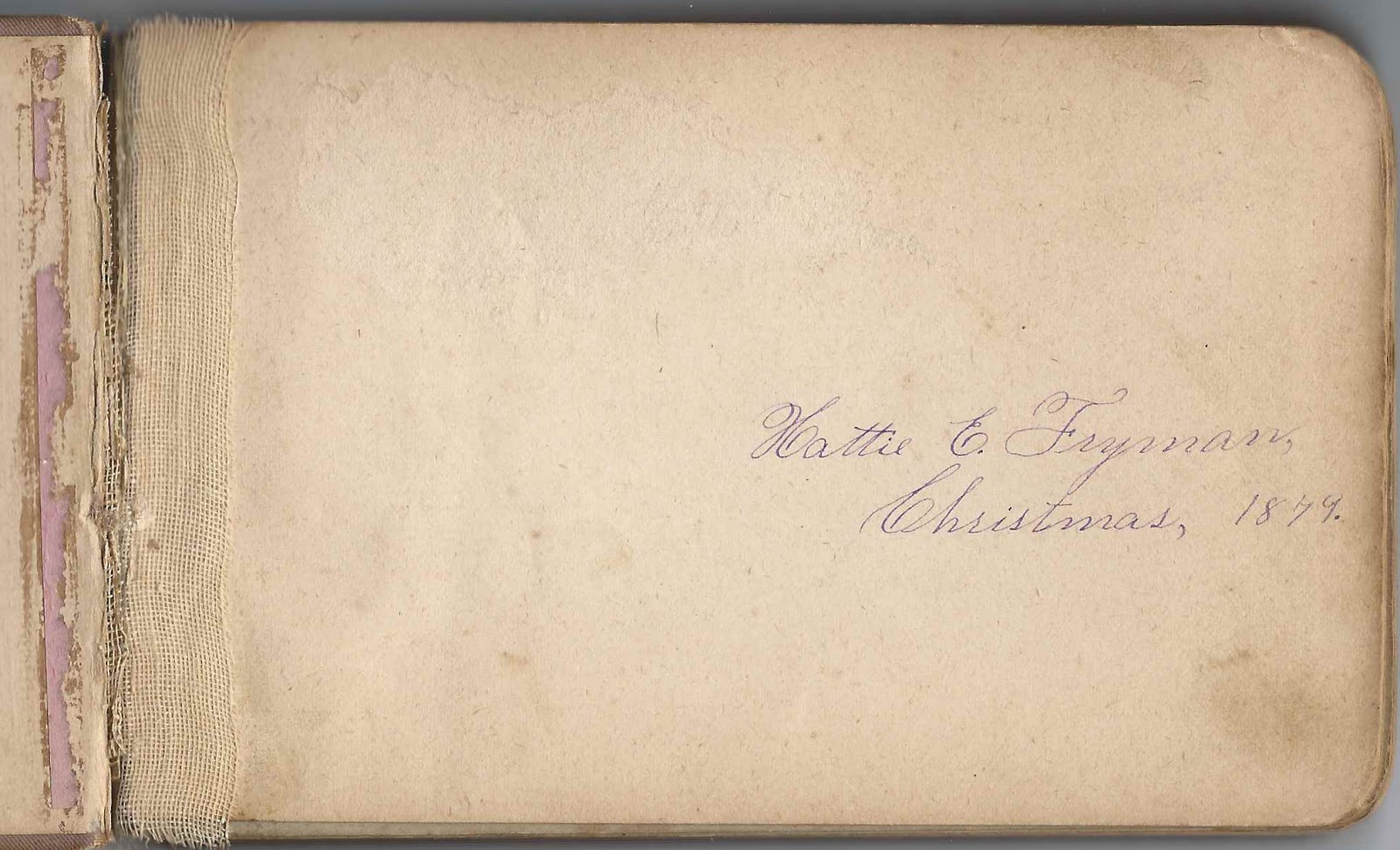 The album is approximately 6-1/4" x 4" and is virtually filled with pages of sentiments but many of them are not signed at all or are signed with first names or just as "A Friend".   Over 50 of Hattie's relatives and friends, however, signed with their full names or an initial and a surname.  An alphabetical list of the signers appears at the end of this post. 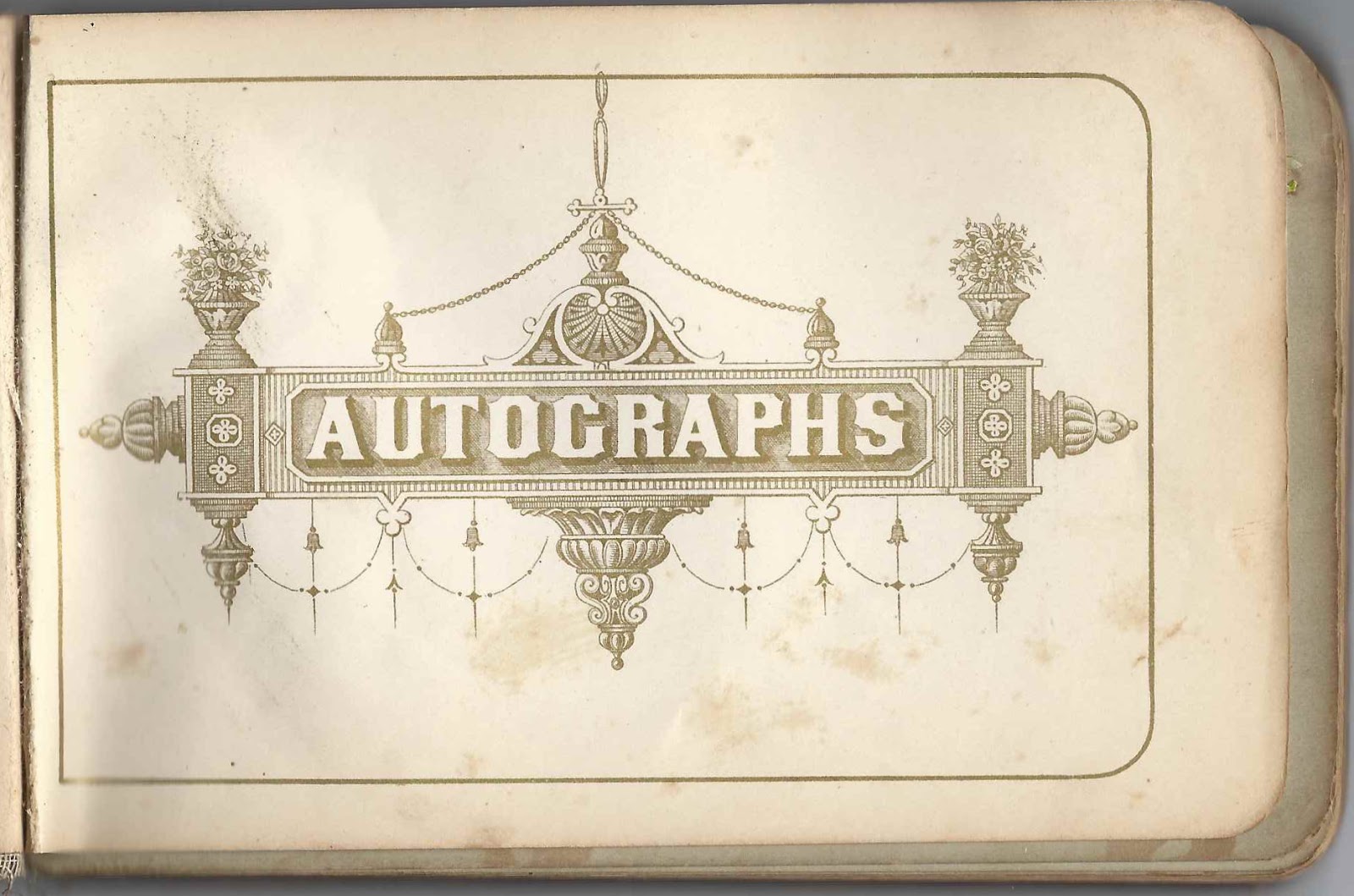 Hattie E. Fryman was born about May 1863 in New York, the daughter of New York natives Robert and Hannah Fryman.  All I know of Hannah is that on a Census she indicated that her father was born in the West Indies and her mother in Florida.

She signed the first page in Hattie's album, after the title page. 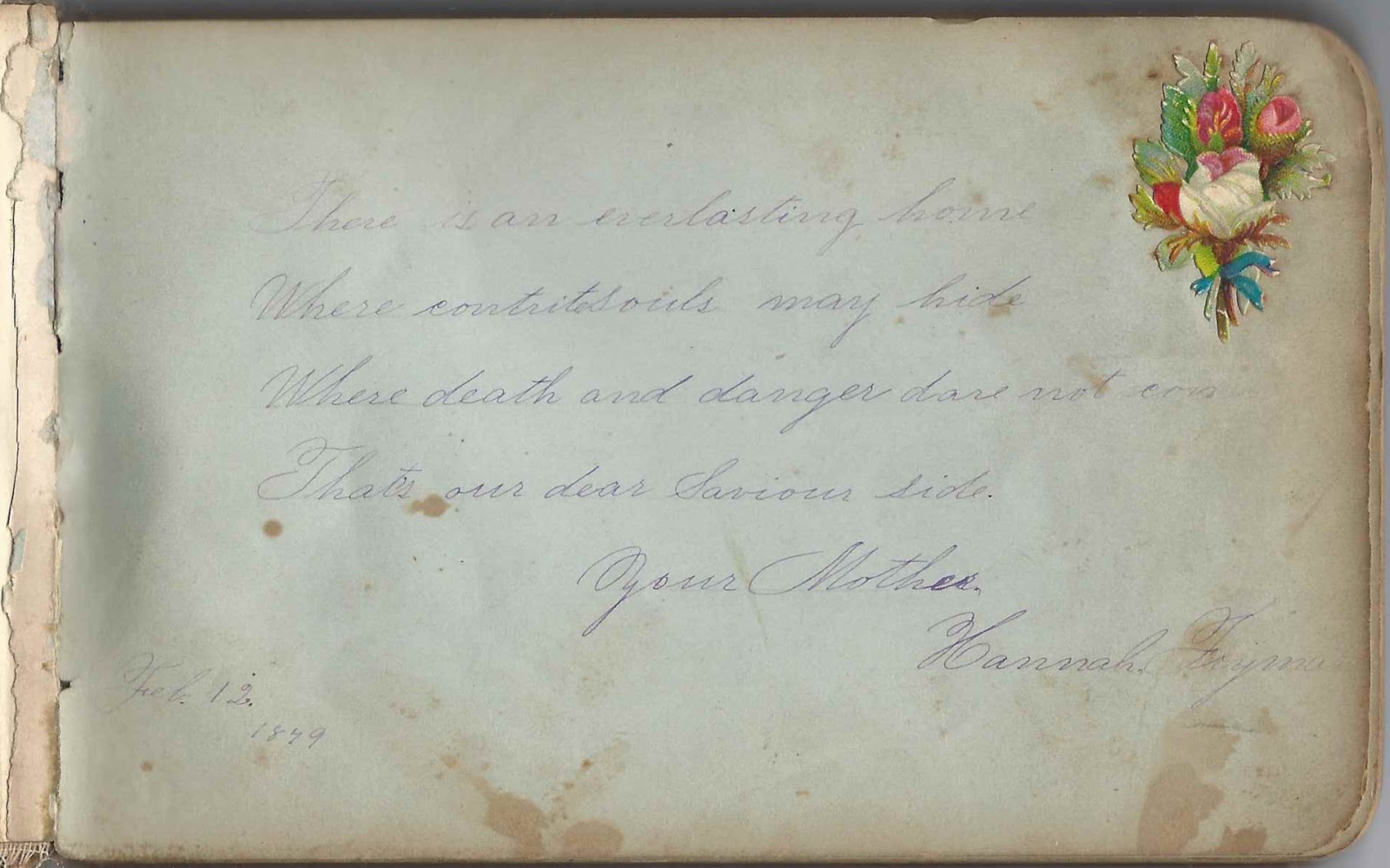 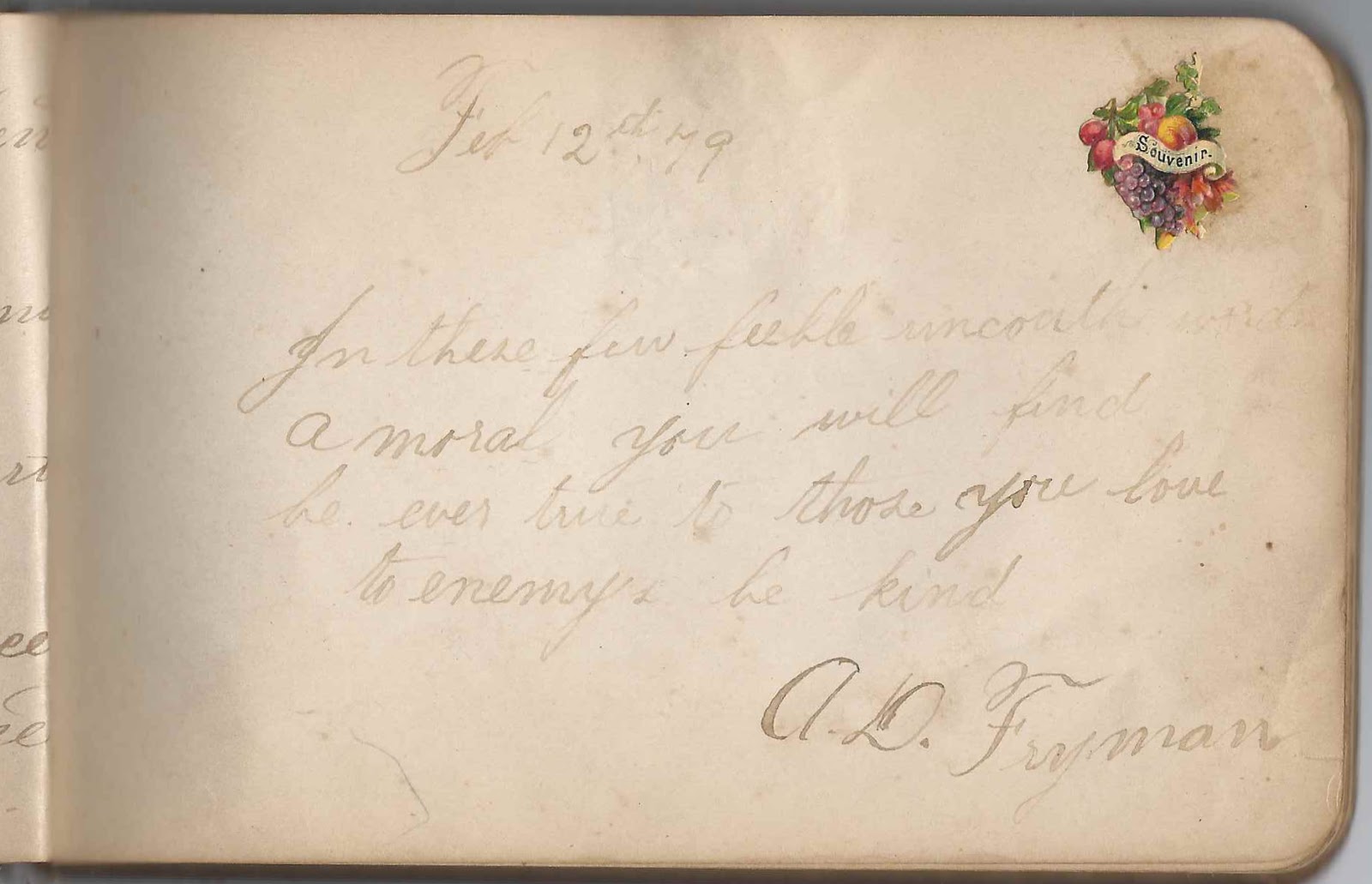 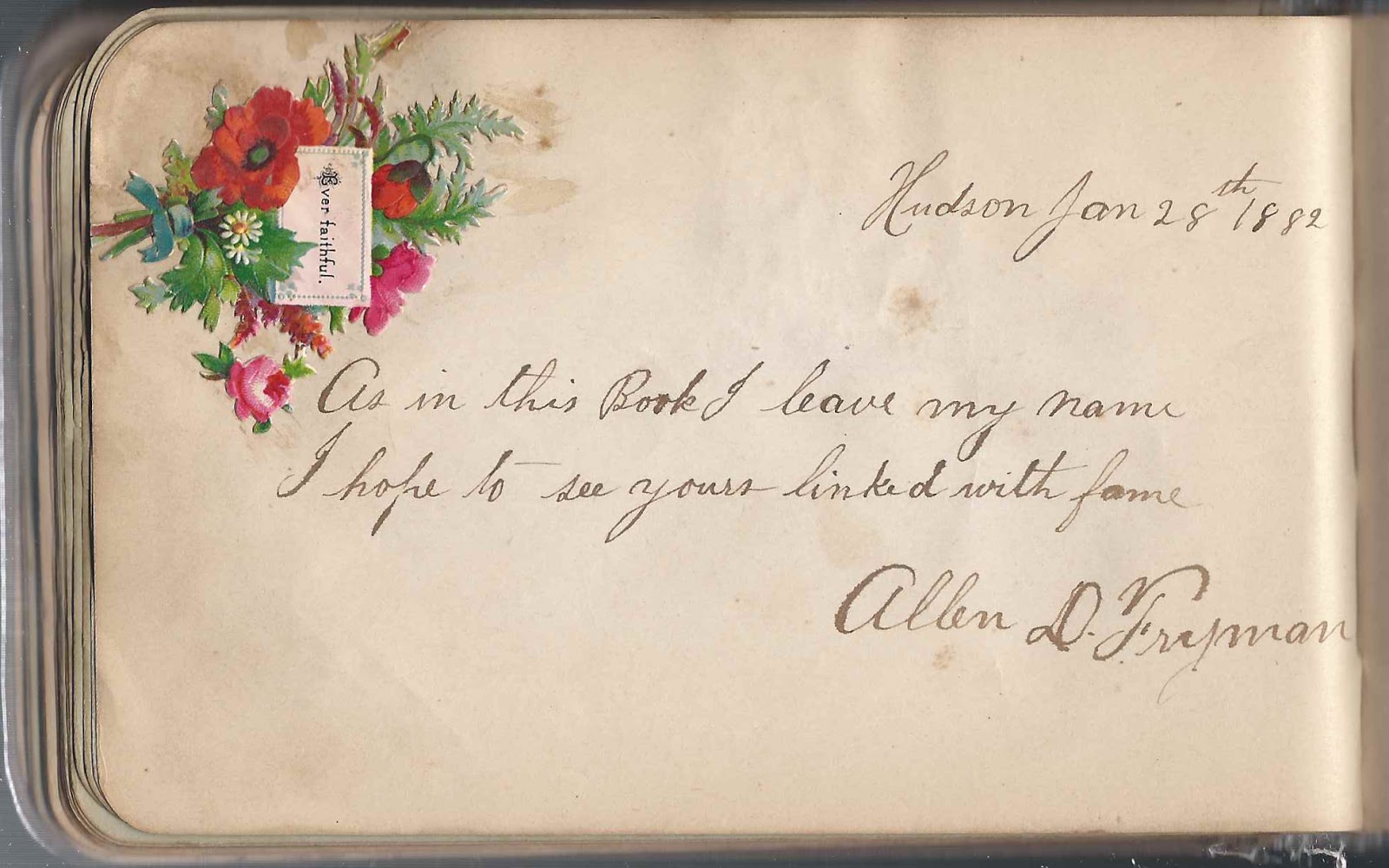 About 1888, Hattie E. Fryman married John A. Jackson, who was born about January 1850 at New York.  They had two daughters, Pauline and Blanche.  Blanche married Andrew Wimbish and had a daughter Athalie Elizabeth Wimbish, "Betty", who signed a page in her grandmother Hattie's album, on January 31, 1926, the only page signed beyond the era of the 1880s.  Athalie's obituary reveals her interest in her rich family history.

It's wonderful to think of Hattie bringing out her treasured album and seeing her granddaughter sign a page in it. 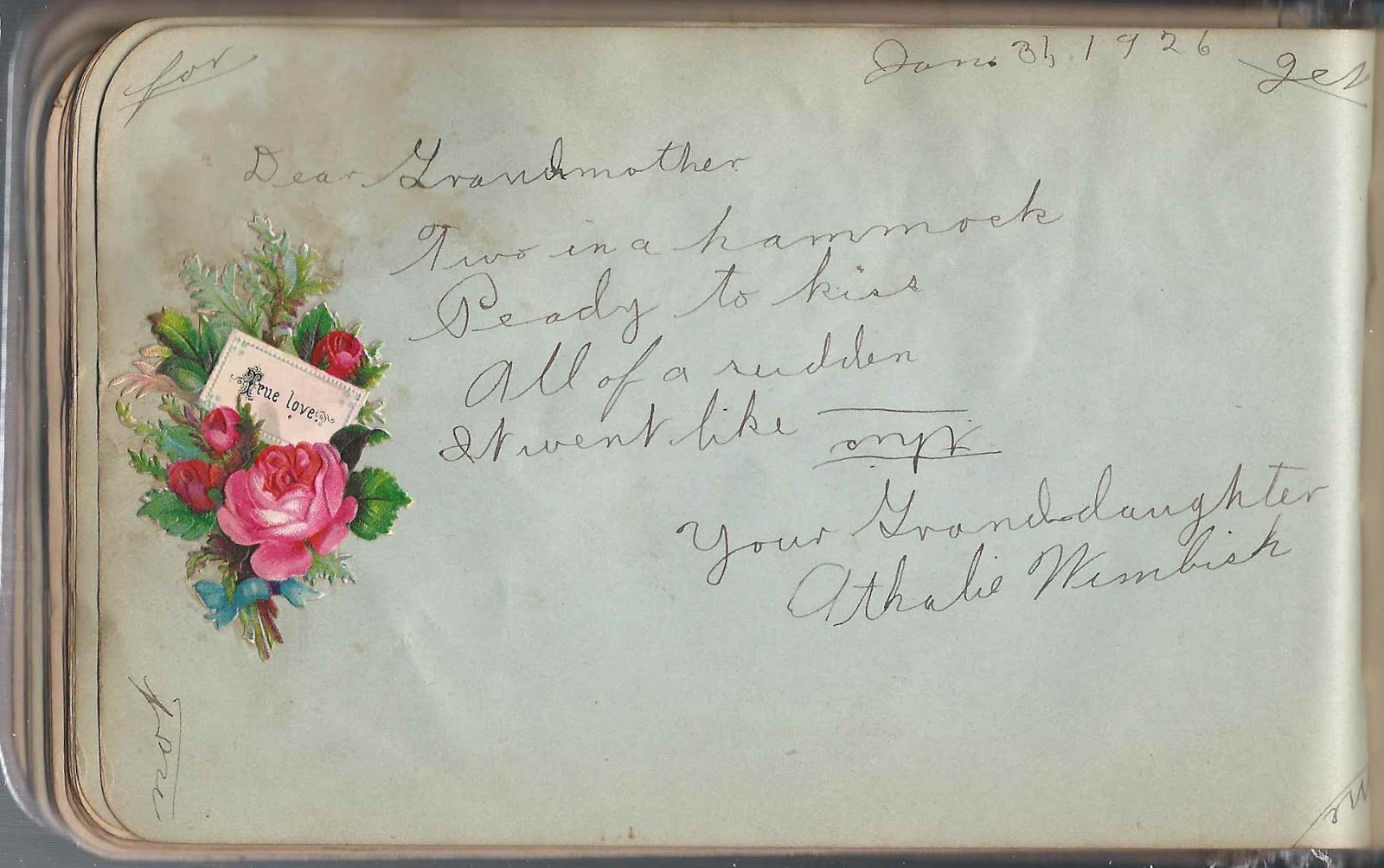 As shown in the 1940 Census of Kingston, New York, widowed Hattie was living with her daughter Blanche and granddaughter Athalie. 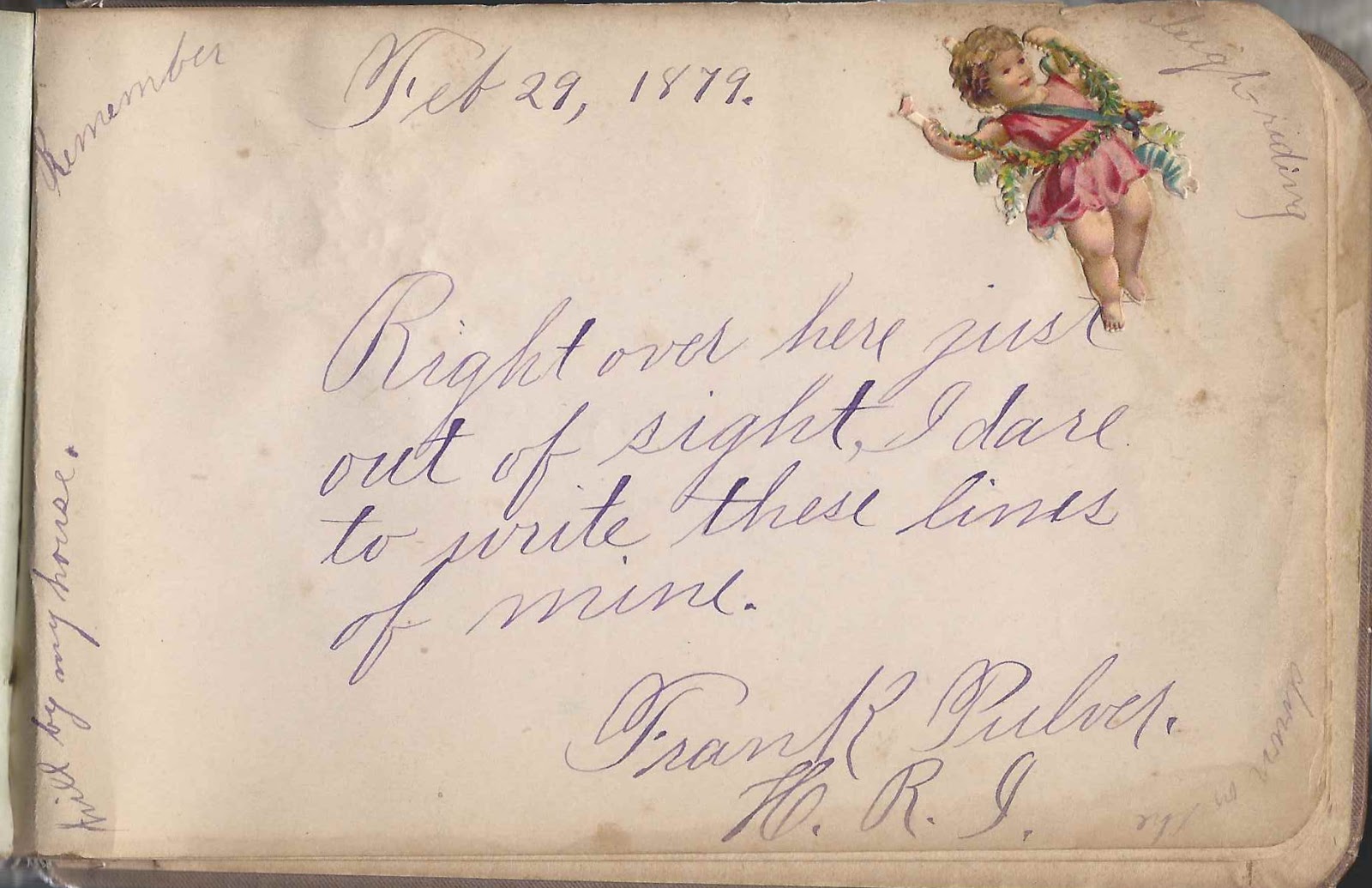 No surname; unsigned or unreadable  [Some of the unsigned pages might have been written by Hattie E. Fryman herself.]

Signers in the album    [Note: Given names within a specific surname may not be in alphabetical order.]
Pages signed "A Friend" or unsigned are not shown below.

Columbia County, New York [contains the towns of Greenport and Claverack and the city of Hudson]

Posted by Pam Beveridge at 1:43 PM