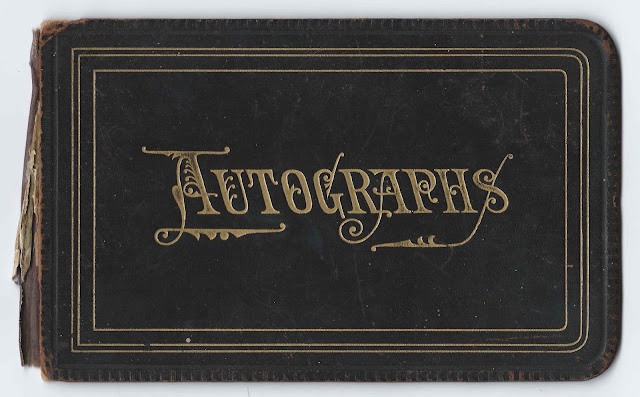 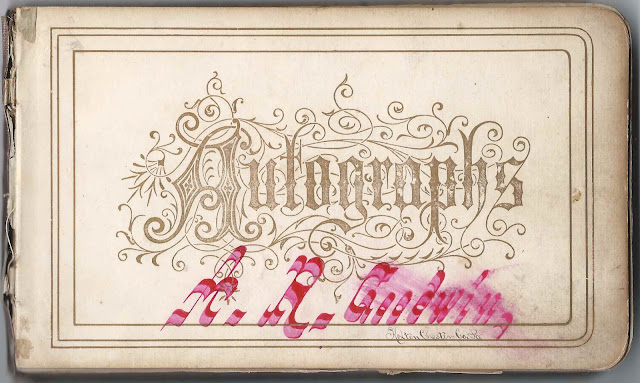 A label on the inside front cover indicates that the album was purchased at J. W. Bowman, Bookseller, Stationer and Music Dealer, of Oxford, Pennsylvania, 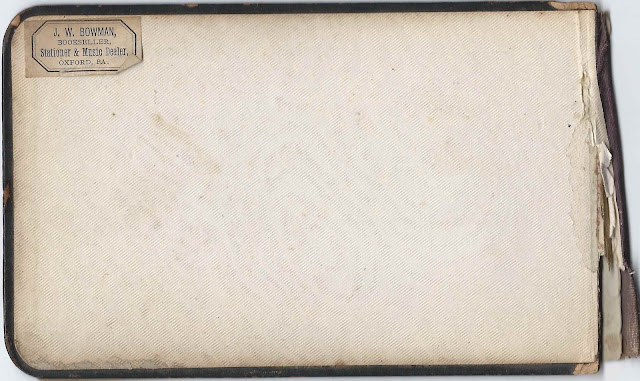 The album is approximately 6-3/4" x 4-1/4" and contains the sentiments of over 100 of Azariah's relatives, friends and schoolmates.  An alphabetical list of the signers appears at the end of this post.

New London Academy was originally founded in 1743 by Reverend Francis Allison, at New London, Pennsyslvania, but was moved to Newark, Delaware, where it became the foundation for Delaware College.  About 1866, an academy was again founded at New London, Pennsylvania, with Reverend James Love Mackey, a former missionary to Africa, as principal.  Read more about this second academy here.  Interestingly, a D. Mackey signed a page in Azardiah's album.

Azariah's two brothers, George and Richard, died before their first birthday.  Sister Lizzie signed a page in the album on March 10, 1880.  In 1895, she would marry John Wesley Dance. 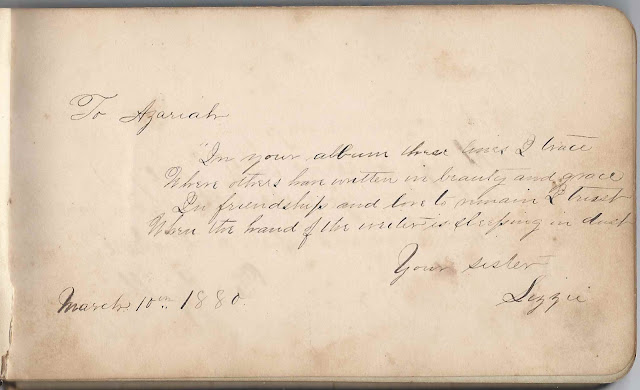 Sadly, Azardiah died before his time, on 10 May 1891.  I couldn't find a marriage record for him.

Posted by Pam Beveridge at 4:05 PM