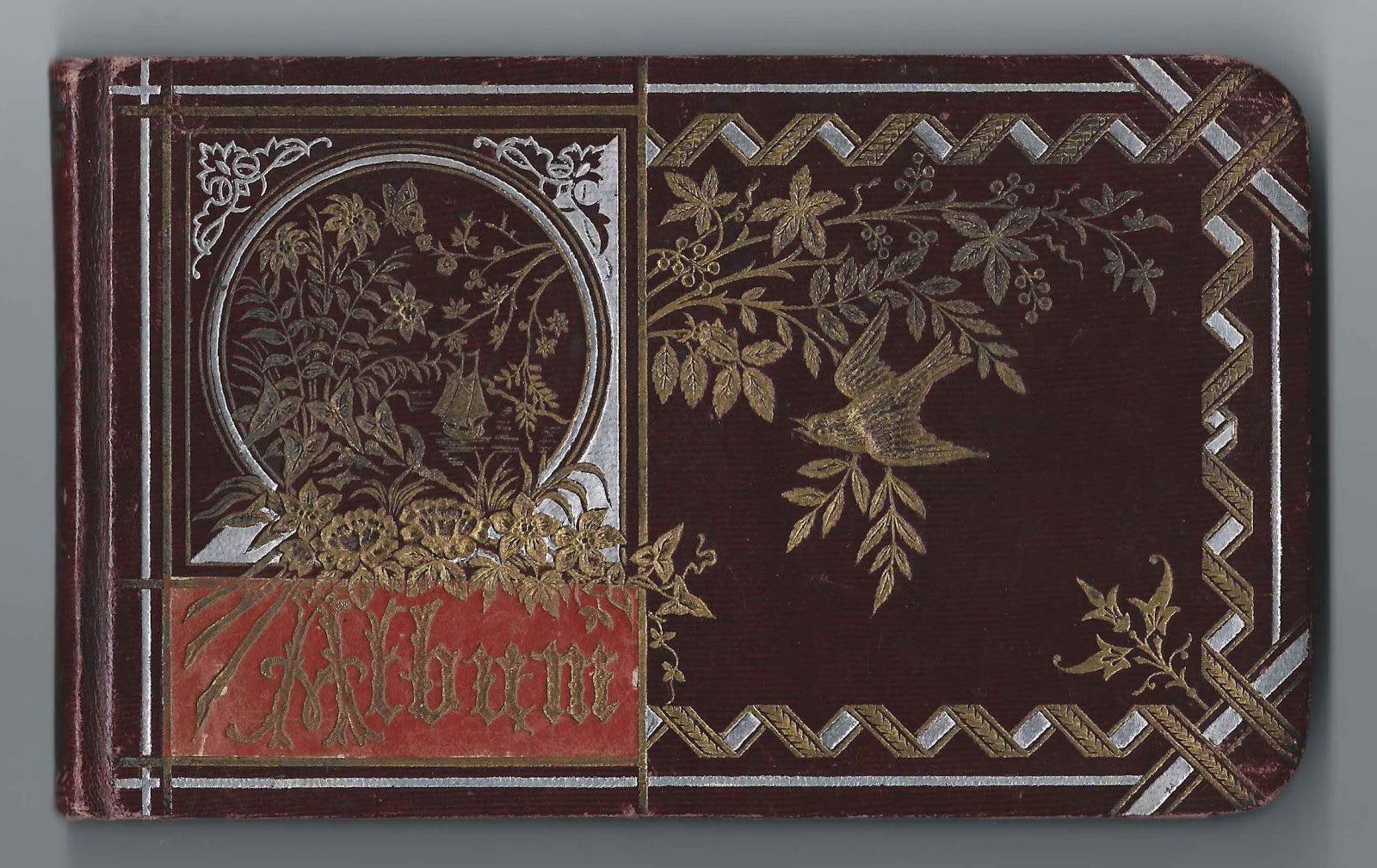 The album was presented to Maria by Emma J. Grant at Christmas in 1881.  Emma also inscribed the following page at Cliftondale, Massachusetts, on December 25, 1881. 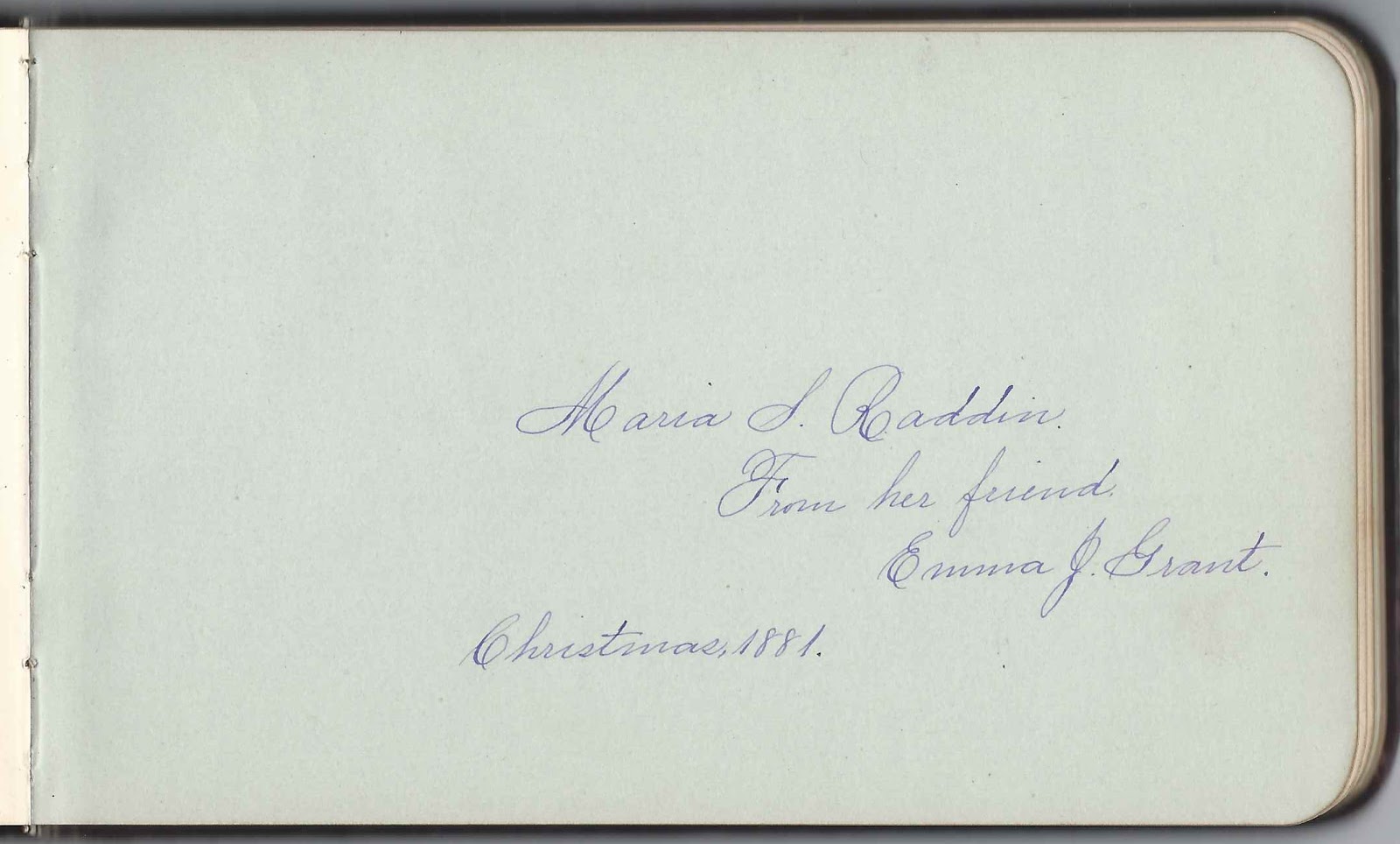 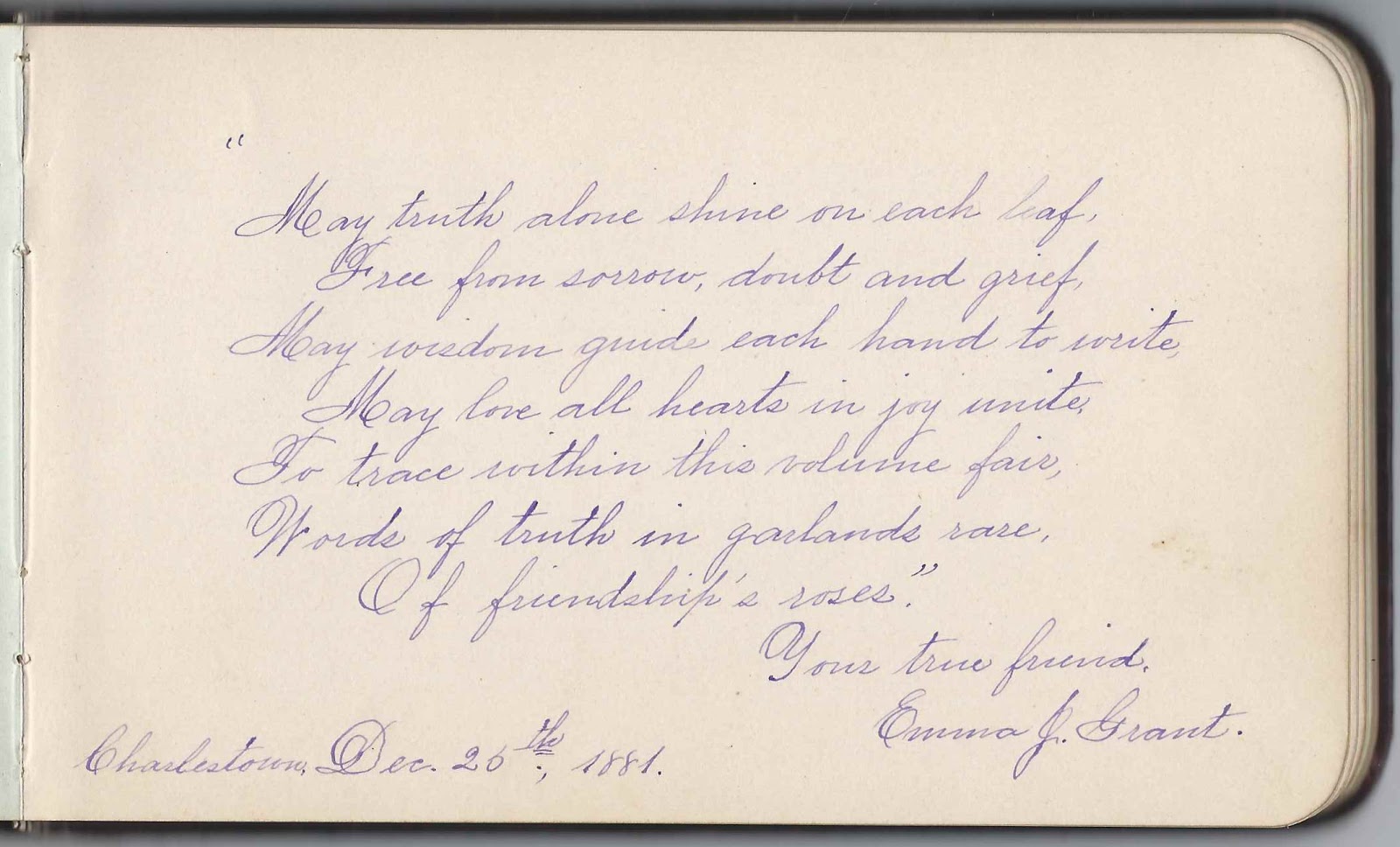 The album is approximately 7"A x 4-1/4" and contains the sentiments of 30 of Maria's relatives and friends.  An alphabetical list of the signers appears at the end of this post. 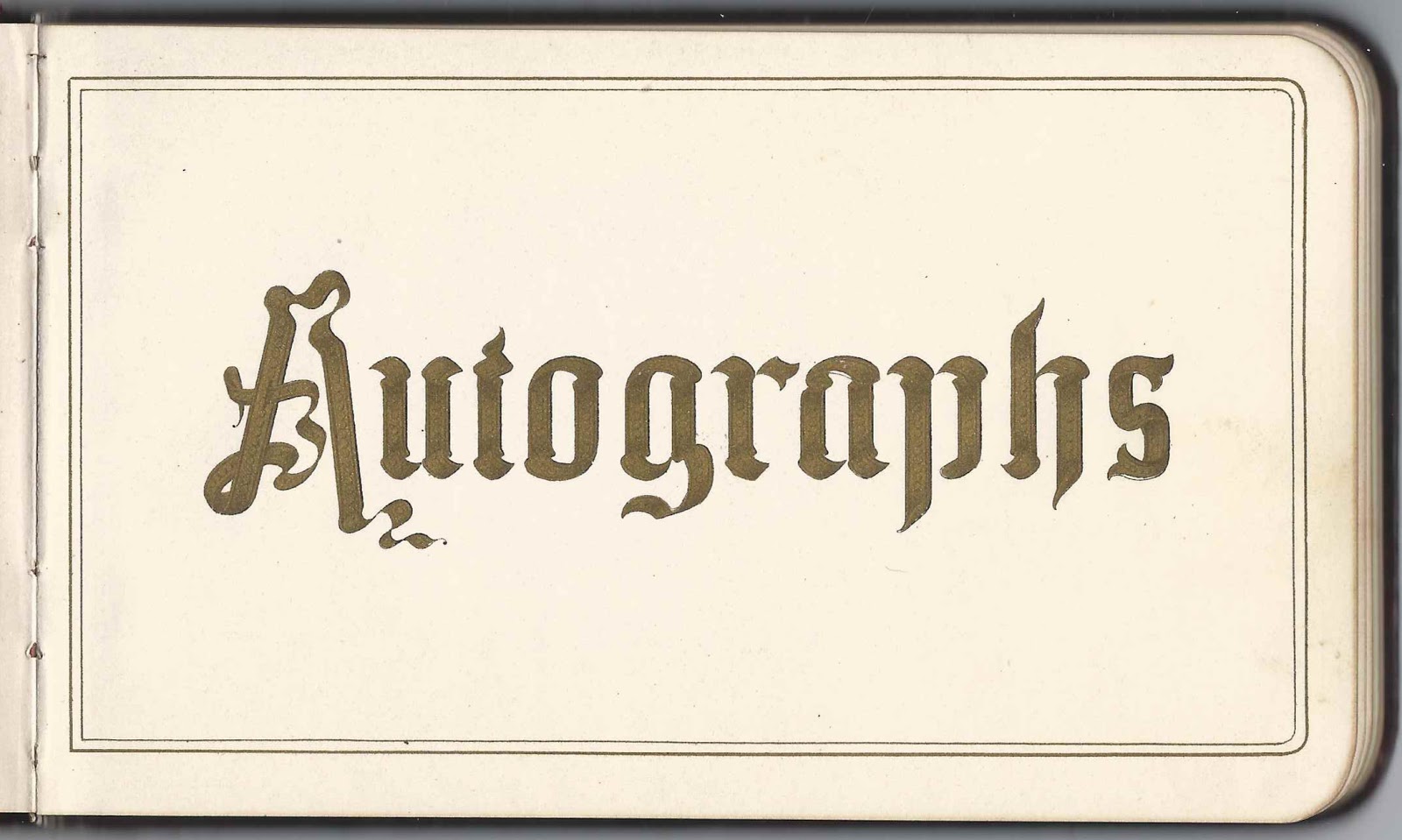 According to her marriage records, Maria S. Raddin was born about 1857, though I found a birth record for a Sarah M. Raddin at Saugus, Massachusetts, on 3 August 1853, with the same parents, Hiram Augustus Raddin and Sarah (Mansfield) Raddin.  The earlier record may have been for a daughter who did not survive. 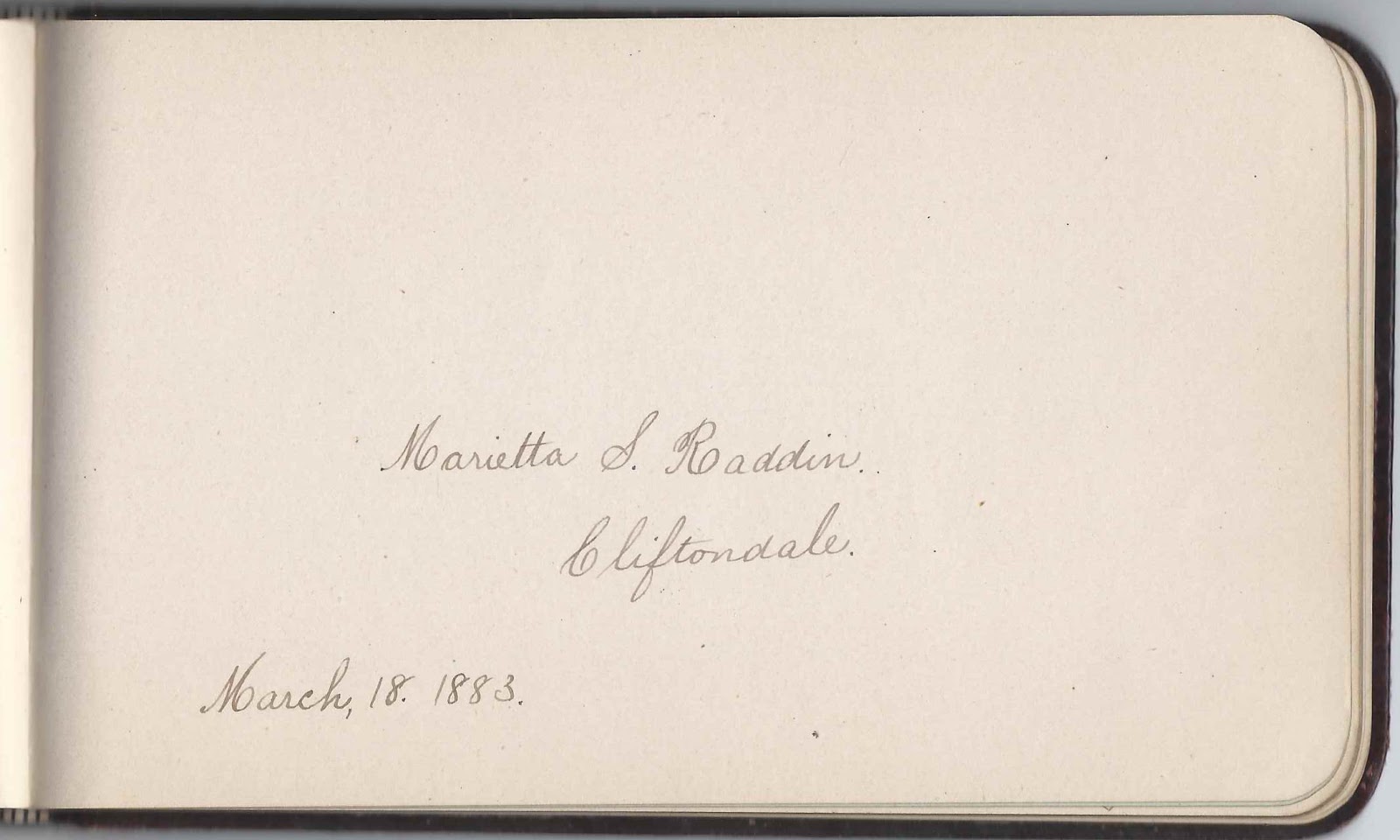 At the age of 37, according to her marriage record, Maria S. Raddin became the second wife of Dr. William Watters.  He was born on 23 December 1843 at Melbourne, Quebec, the son of Henry and Helen Watters,  recent Scottish immigrants to Quebec

William's first wife was Judith Ann Nichols of Searsport, Maine, where Dr. Watters had located to practice medicine.  They had a child who died in infancy.  They then moved to Mechanic Falls, Maine, where their son William Henry Watters was born, on 23 June 1876.  Not long after, on November 4, 1876, Judith died.

I don't believe Maria and Dr. Watters had any children of their own.  Dr. Watters died in 1902 and is buried at Searsport, Maine.  See more information on him here, from an article in an early 1900s issue of the "Register of the Lynn Historical Society".

Here's a page that intrigued me; perhaps a reader can add some background.  M. A. Davidson signed a page at the Lynn Music Store on January 16, 1882. 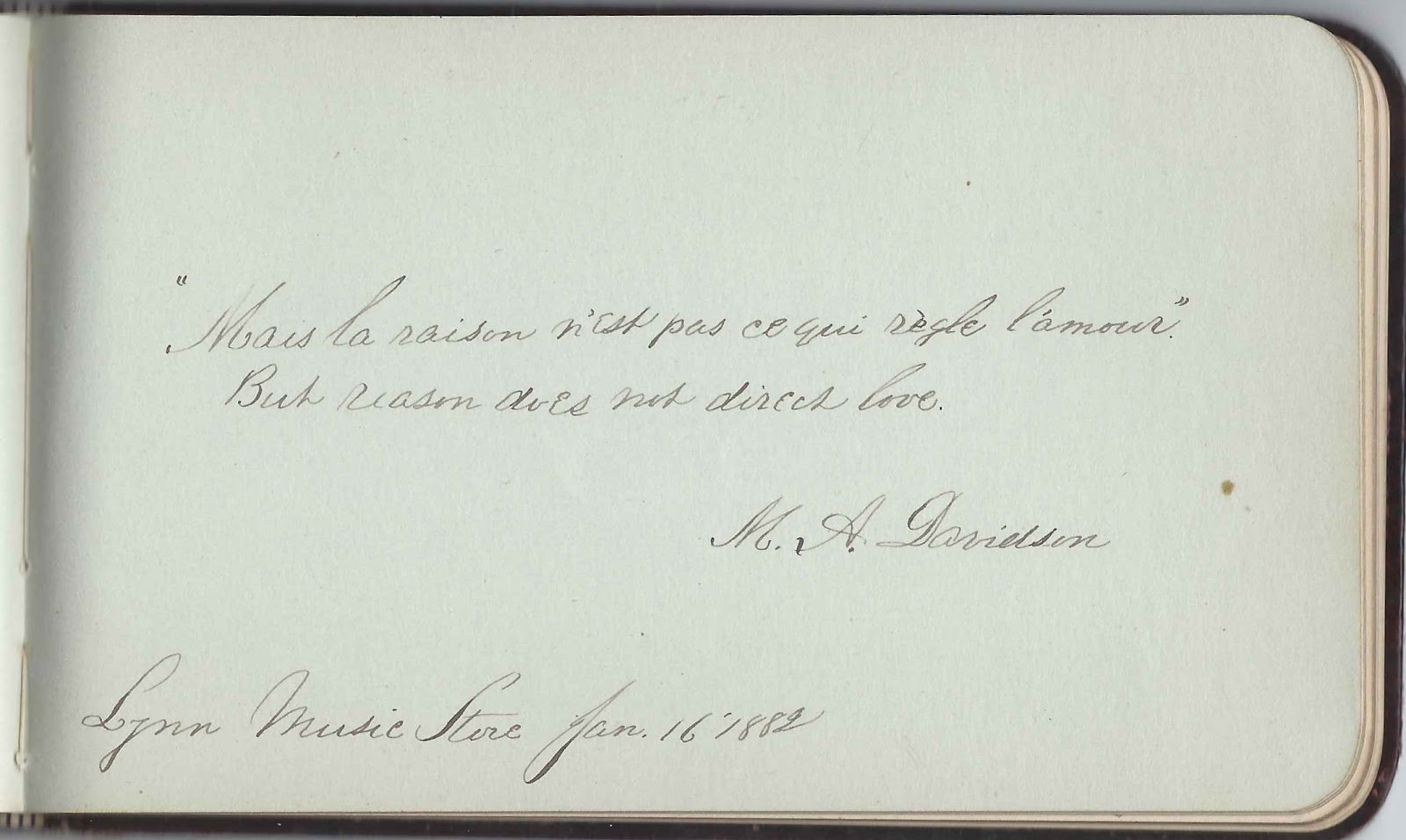 Cliftondale, Massachusetts, in the town of Saugus