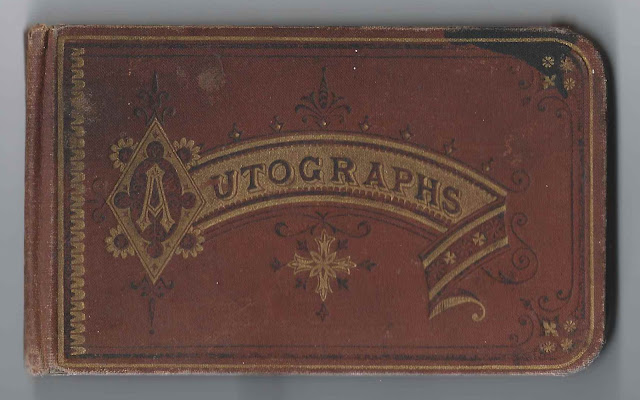 1879-1880s autograph album of Ida May Stephenson of High Forest, Minnesota, and Rochester, Minnesota.  On one page Ida spelled her surname Stepheson, but on two others, she spelled it Stephenson. 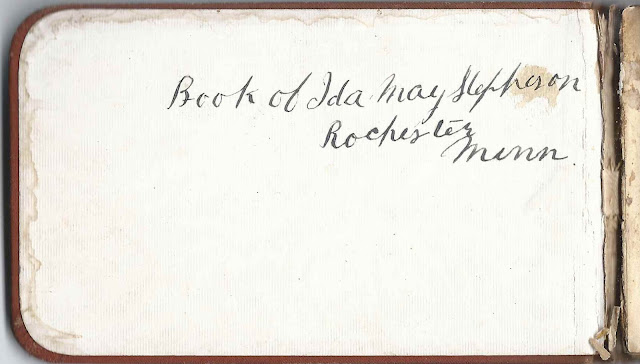 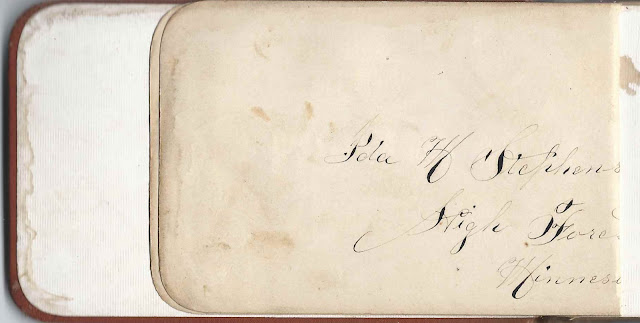 On the page after the title page; gives her address as High Forest, Minnesota. 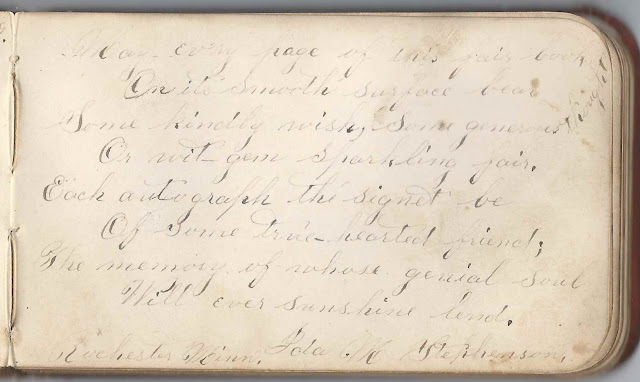 On the age that Ida inscribed to her future well wishers, she gave her address as Rochester, Minnesota.

The album is approximately 5-1/4" x 3" and contains the sentiments of over 40 of Ida's friends, some of whom were possibly relatives.  An alphabetical list of the signers appears at the end of this post.

Ida May Stephenson was born 9 May 1861 at Rochester, Minnesota.  I don't have the names of her parents, but according to information on the 1900 Census, her father was born in Ohio, and her mother in Wisconsin, though that information is sometimes incorrect, depending on whom the enumerator asked.

One signer, Lewis C. Cornforth, called Ida "Dear Sister", but I don't know if Ida was a sister, a half sister, a step sister, a foster sister or a contemporary to whom Lewis felt especially close. 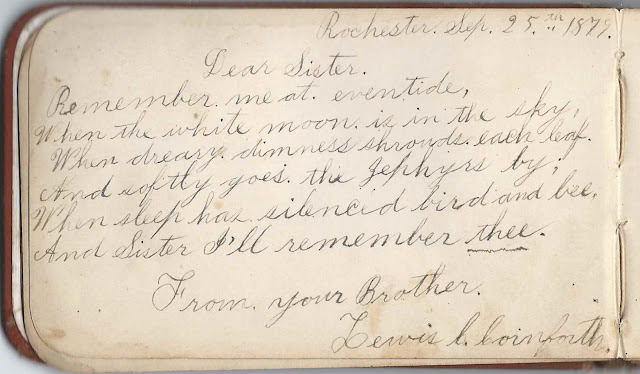 Lewis' parents were Charles and Mary Ann (possibly March) Cornforth, who were born in Maine and New York respectively.  Charles was quite a bit older than Mary Ann, so I wondered if he had been married before.  On the 1900 Census, they indicated they'd been married 39 years.

Was Ida the child of Mary Ann from a previous marriage?  Was Ida taken in by the Charles and Mary Ann at some point?  I found some tempting possibilities, including variants of the name Stephenson, but would rather wait for a reader to clear up the confusion. 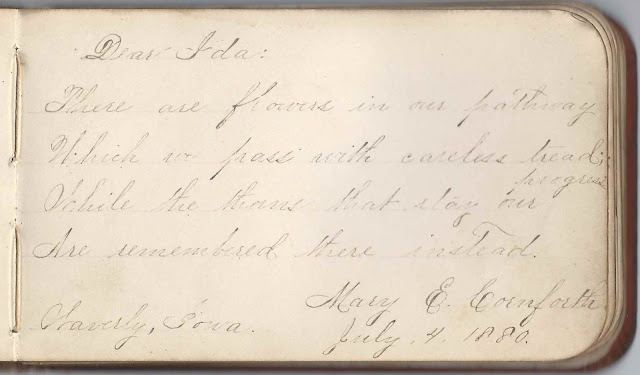 On 12 May 1883 at Dodge, Minnesota, Ida May Stephenson married Victor Hugo Dyer, son of McNaughton and Louisa (Raymond) Dyer.  Victor was born about August 1850 in New York.

The couple lived in Nebraska, Illinois and Missouri.  They raised, I think, two children, Fay L. Dyer, who died at about age nine, and McLaughton Maximilian Dyer.