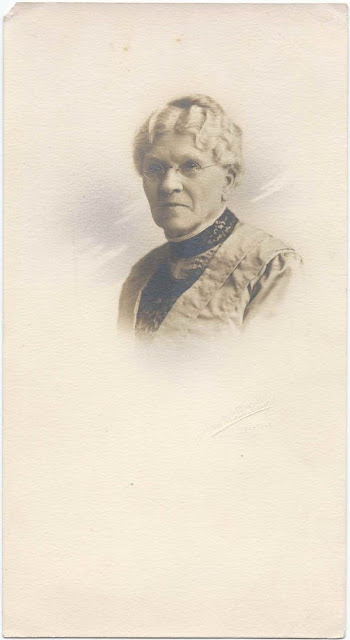 1900s/1910s photograph of a woman identified on the reverse as "Elisha Bicknell, Mother of all the Wades".  In fact, I believe she was Eliza Hobart Bicknell, who married Cleveland Buck Wade. 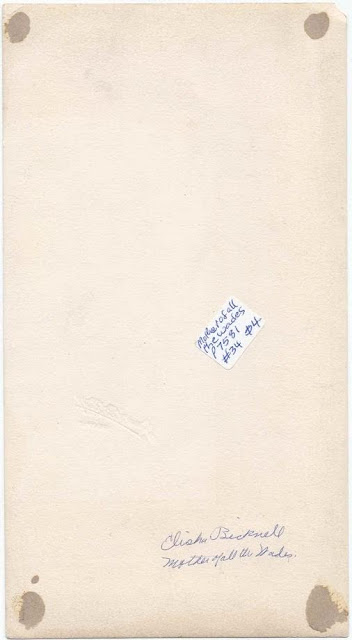 Somerset County, Maine  [Madison, Athens and Hartland are in the southern portion of the county near Skowhegan.]