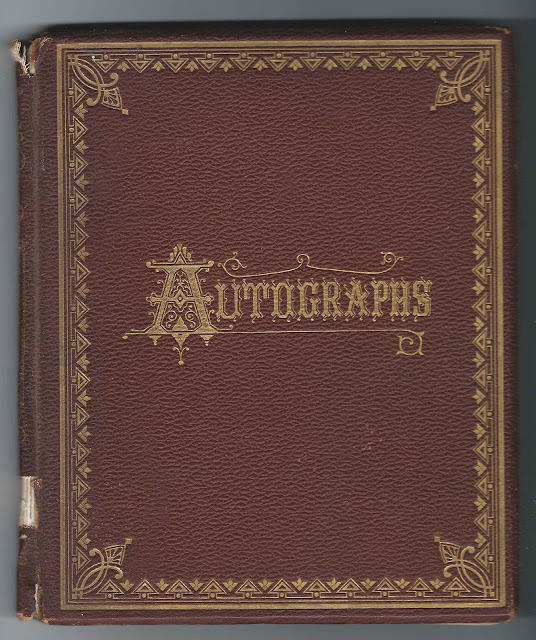 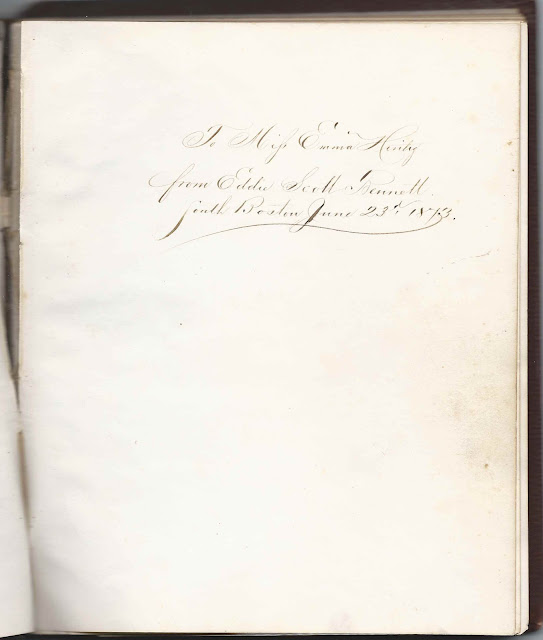 The album is approximately 8-1/2" x 7" and contains the sentiments of 28 of Emma's friends, some of whom might have been classmates or fellow teachers.  One person drew a full page sketch of a sailboat.  An alphabetical list of the signers appears at the end of this post.

Emma L. Hintz was born in Prussia about 1852, the daughter of Frederick and Maria E. (Strange) Hintz.   The Hintz family papers, including a circa 1880 carte de visite of Emma, are held by the Pennsylvania Historical Society.  The description of the papers mentions that Emma's father, a native of Poland and a carpenter, came to the United States from Konigsberg, Germany, in 1853, in advance of his wife and three daughters, who joined him in 1856.  Before his family joined him, Frederick had lived at East Cambridge, Massachusetts, and Roxbury, Massachusetts, but the family settled at New Ulm, Minnesota.  Apparently, though, they later moved to Boston, Massacshusetts.

Emma's sisters were Jennie Hintz and W. Bertha Hintz.  Jennie was living with Emma's family at Yonkers, New York, at the time of the 1900 and 1910 Censuses.

Two of the signers were related to Emma's future husband Henry W. Nye.  They were Henry's paternal uncle, Bonum Nye, and Bonum's daughter Mattie B. N. Bishop of North Brookfield, Massachusetts, who signed their pages in July 1878. 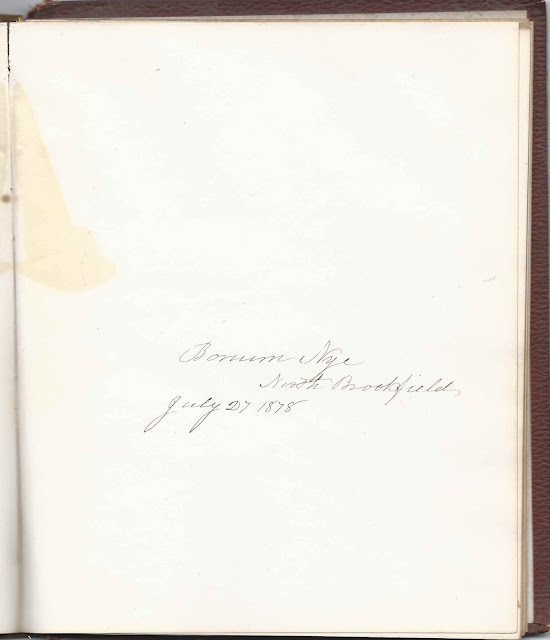 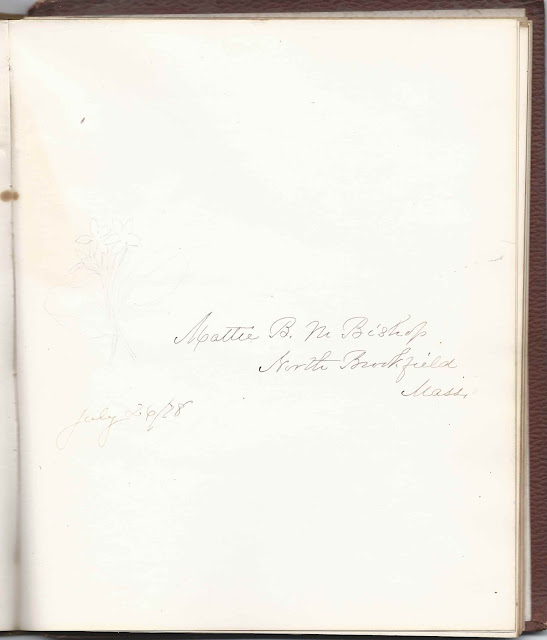 One signer, C. H. Dunton, wrote a year that looks like 1887, but that would be later than any other page, so I'm thinking that he actually wrote 1881.  There's a full page sketch on the right facing page that's dated 1881.  Additionally, another person named L. Dunton of Boston, Massachusetts, signed a page in 1881. 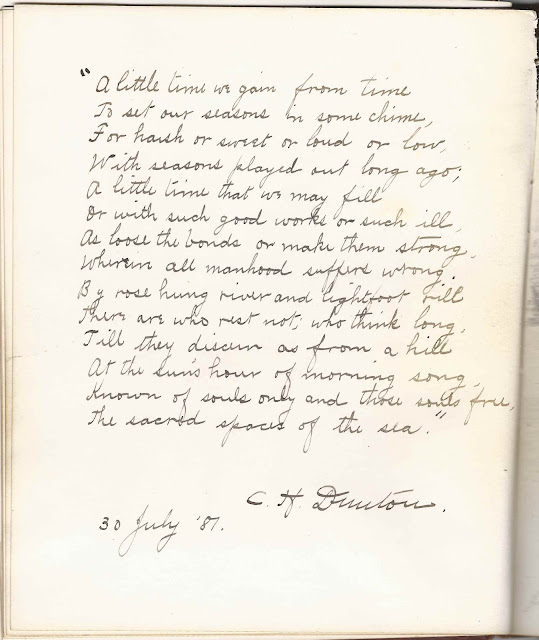 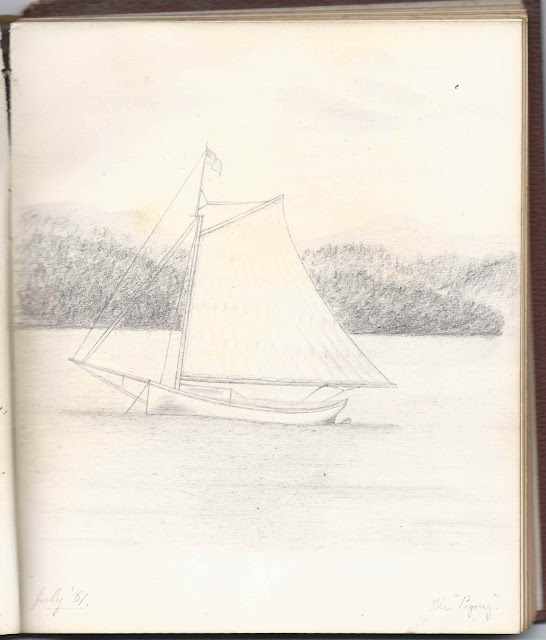