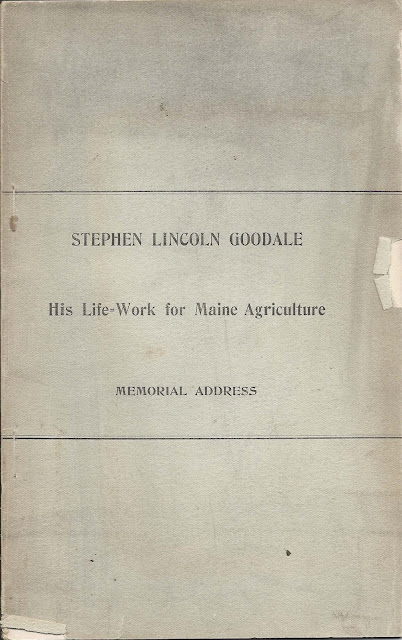 Stephen Lincoln Goodale was born 14 August 1815 at South Berwick, Maine.  The family moved to Saco, Maine, where Stephen spent the remainder of his life.

The couple settled at Saco, Maine, and raised a family of five. 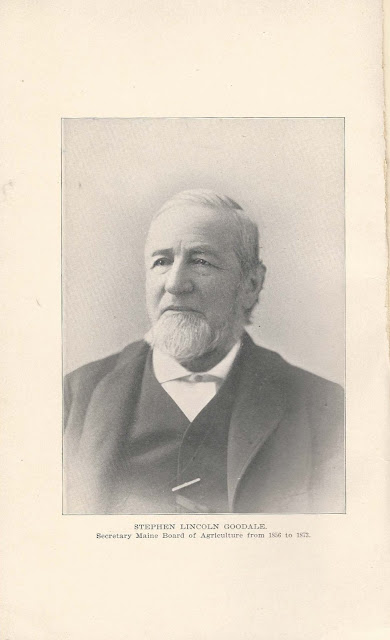 Stephen Lincoln Goodale
Secretary, Maine Board of Agriculture from 1856-1873 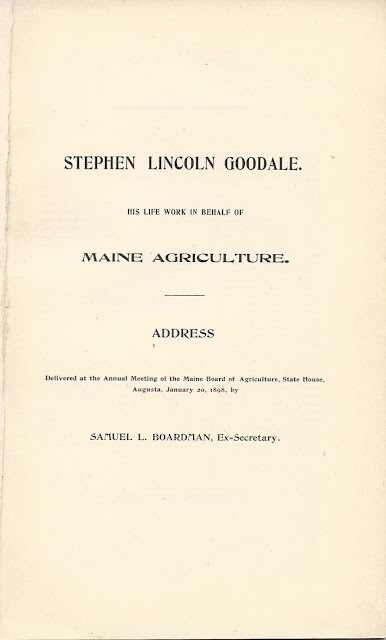 Stephen Lincoln Goodale, his Life Work in Behalf of Maine Agriculture, Address Delivered at the Annual Meeting of the Maine Board of Agriculture, State House, Augusta, January 20, 1898, by Samuel L. Boardman, Ex-Secretary 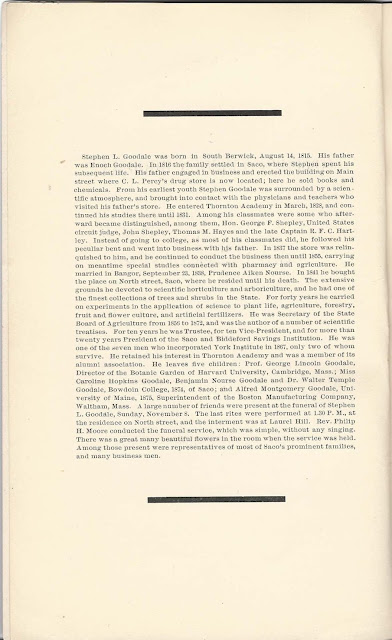 Stephen L. Goodale was born in South Berwick, August 14, 1815.  His father was Enoch Goodale.  In 1816 the family settled in Saco, where Stephen spent his subsequent life.  His father engaged in business and erected the building on Maine street where C. L. Percy's drug store is now located; here he sold books and chemicals.  From his earliest youth Stephen Goodale was surrounded by a scientific atmosphere, and brought into contact with the physicians and teachers who visited his father's store.  He entered Thornton Academy in March, 1828, and continued his studies there until 1831.  Among his classmates were some who afterward became distinguished, among them, Hon. George F. Shepley, United States circuit judge, John Shepley, Thomas M. Hayes and the late Captain R. F. C. Hartley.  Instead of going to college, as most of his classmates did, he followed his peculiar bent and went into business with his father.  In 1837 the store was relinquished to him, and he continued to conduct the business then until 1855, carrying on meantime special studies connected with pharmacy and agriculture.  He married in Bangor, September 23, 1838, Prudence Aiken Nourse.  In 1841 he bought the place on North street, Saco, where he resided until his death.  The extensive grounds he devoted to scientific horticulture and arboriculture, and he had one of the finest collections of trees and shrubs in the State.  For forty years he carried on experiments in the application of science to plant life, agriculture, forestry, fruit and flower culture, and artificial fertilizers.  He was Secretary of the State Board of Agriculture from 1856 to 1872, and was the author of a number of scientific treatises.  For ten years he was Trustee, for ten Vice-President, and for more than twenty years President of the Saco and Biddeford Savings Institution.  He was one of the seven men who incorporated York Institute in 1867, only two of whom survive.  He retained his interest in Thornton Academy and was a member of its alumni association.  He leaves five children: Prof. George Lincoln Goodale, Director of the Botanic Garden of Harvard University, Cambridge, Mass.; Miss Caroline Hopkins Goodale; Benjamin Nourse Goodale and Dr. Walter Temple Goodale, Bowdoin College, 1874, of Saco; and Alfred Montgomery Goodale, University of Maine, 1875, Superintendent of the Boston Manufacturing Company, Waltham, Mass.  A large number of friends were present at the funeral of Stephen L. Goodale, Sunday, November 8.  The last rites were performed at 1:30 PM at the residence on North street, and the interment was at Laurel  Hill.  Rev. Philip H. Moore conducted the funeral service, which was simple, without any singing.  There was a great many beautiful flowers in the room when the service was held.  Among those present were representatives of most of Saco's prominent families, and many business men. 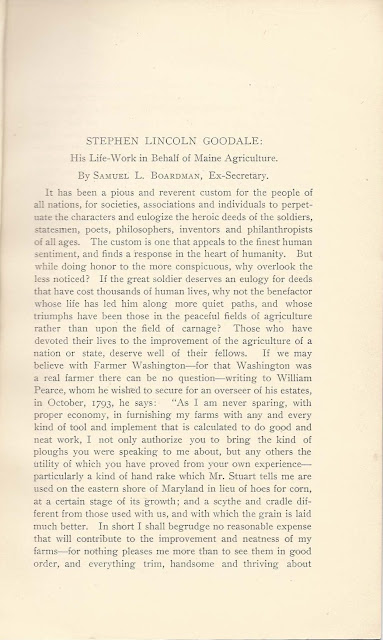 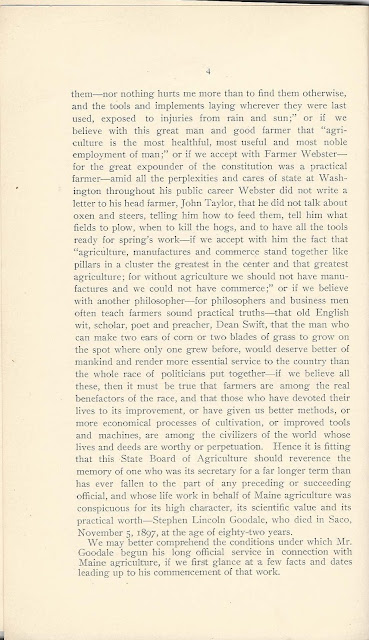 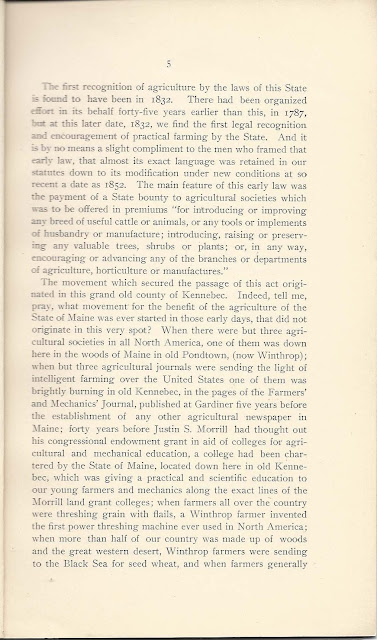 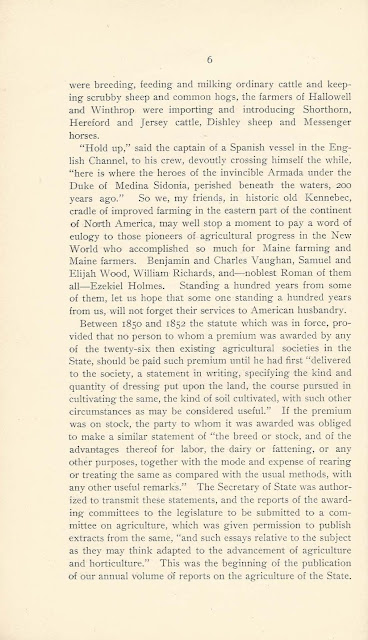 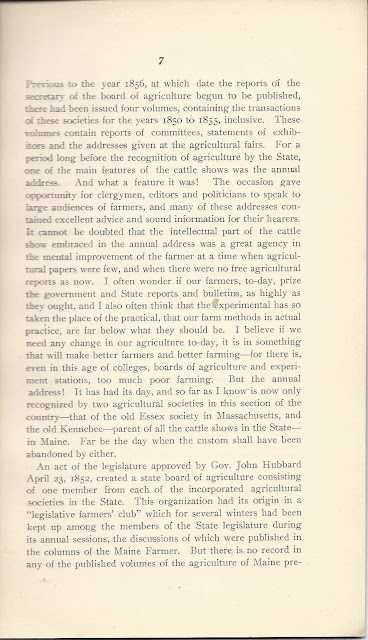 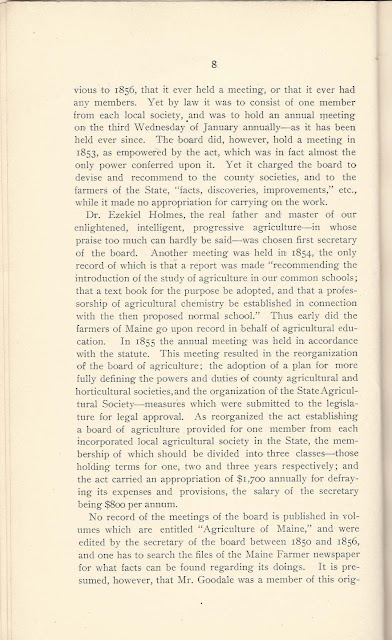 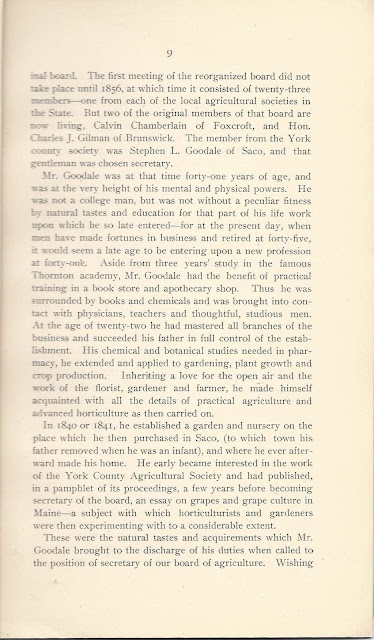 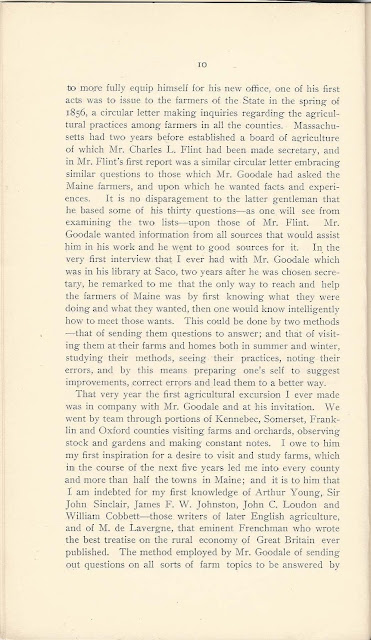 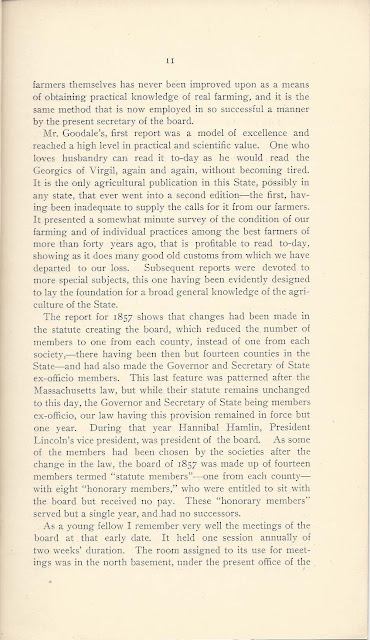 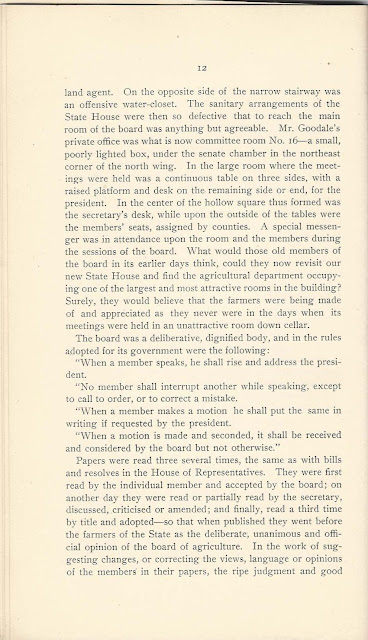 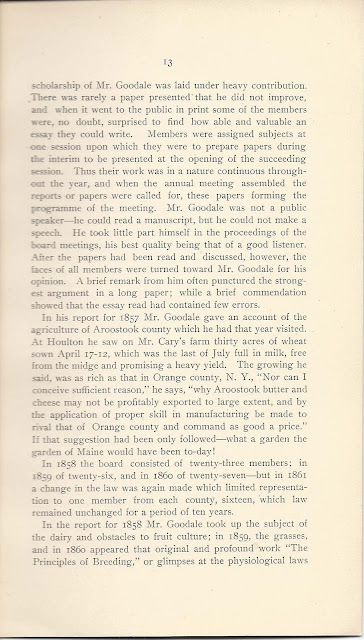 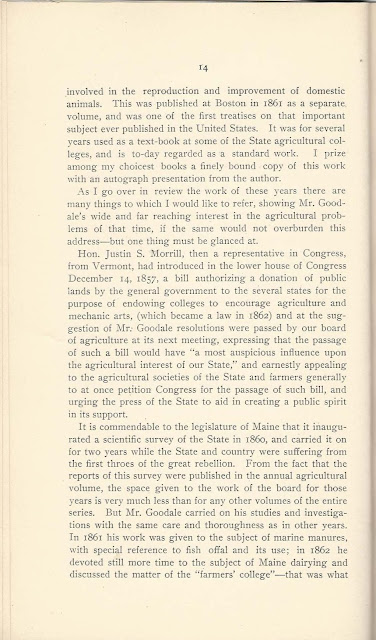 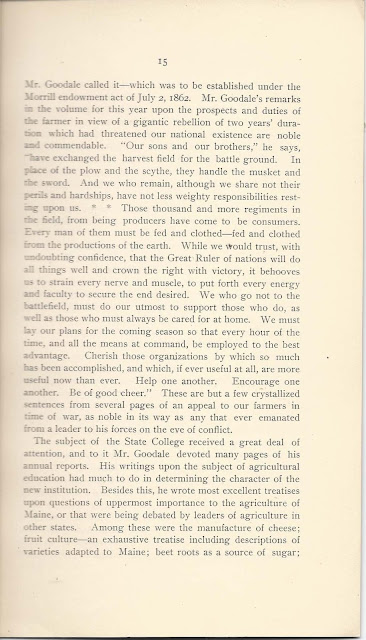 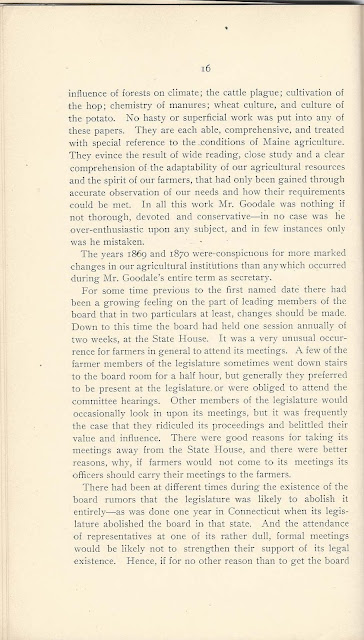 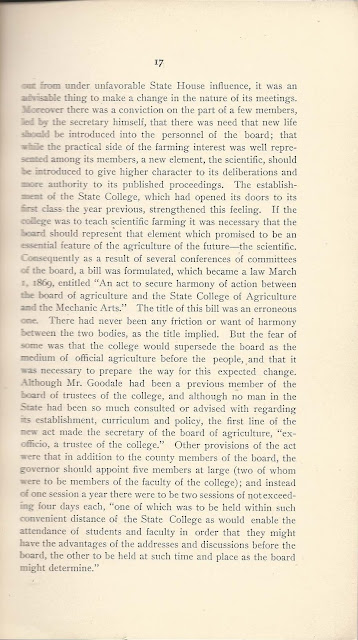 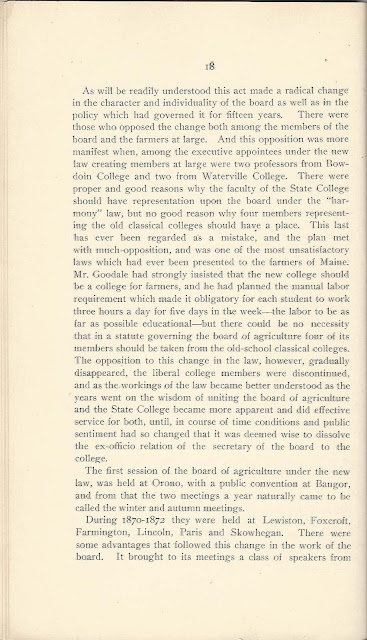 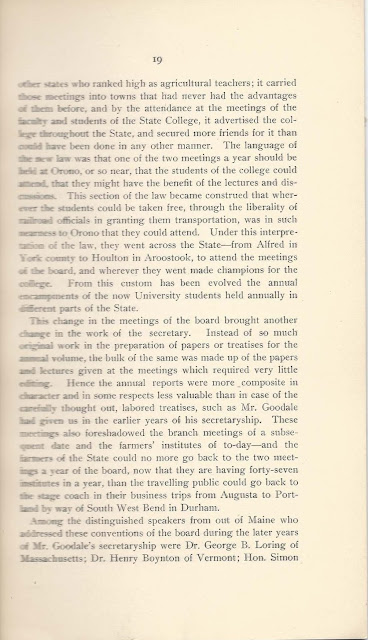 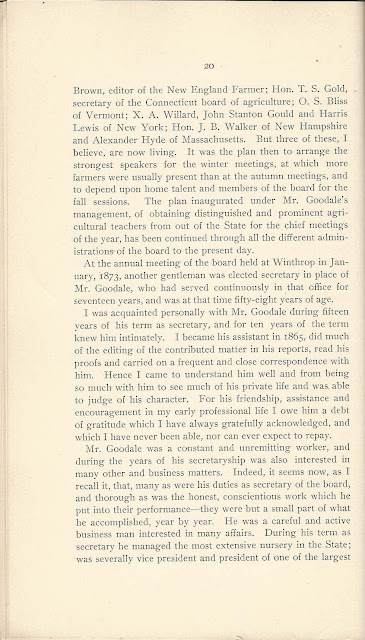 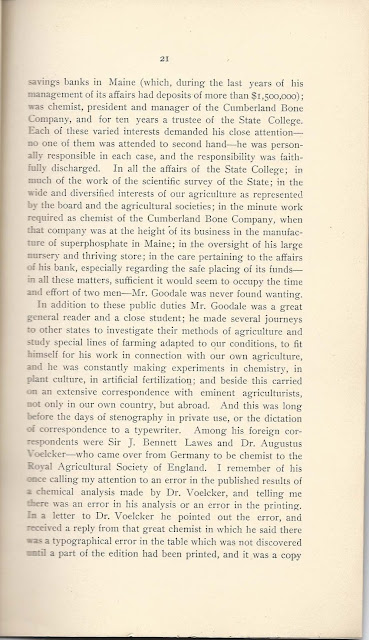 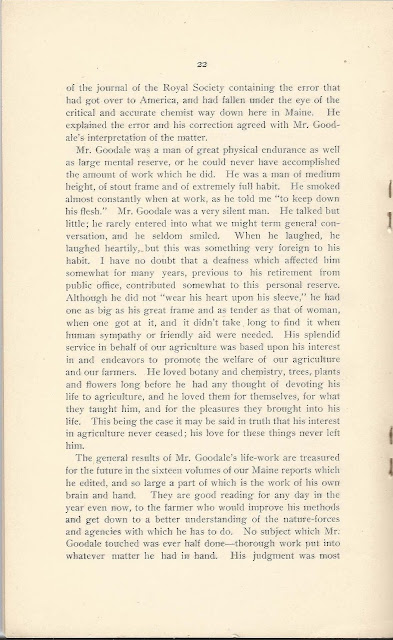 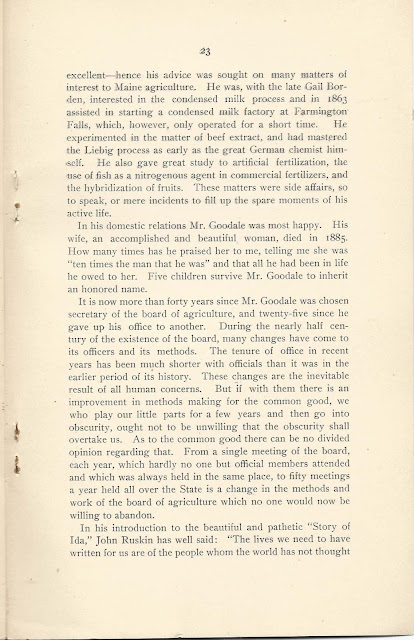 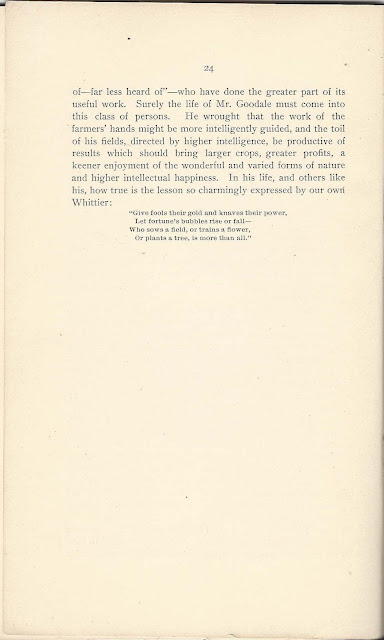 Posted by Pam Beveridge at 1:08 PM