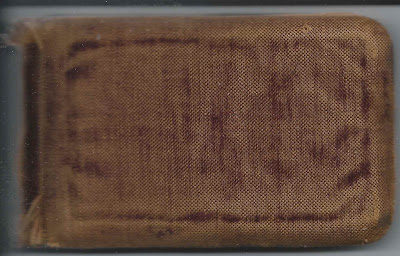 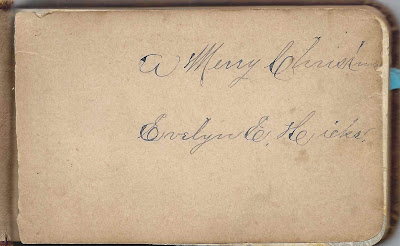 Approximately 5-1/2" x 3-1/4", with a page signed by Evelyn herself and 47 others, from Maine, Massachusetts and Wisconsin. 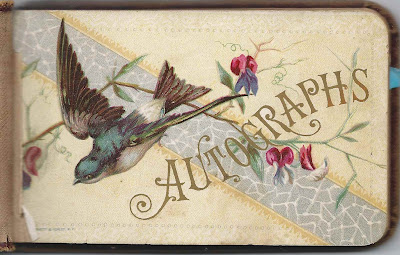 Evelyn Eliza Hicks was born about 1872 at Robbinston, Maine, perhaps in South Robbinston in the area of Maple Point on Boyden Lake.

Her maternal grandparents were George Noddin and Eliza (Lord) Noddin of New Brunswick; they moved to Robbinston, Maine. 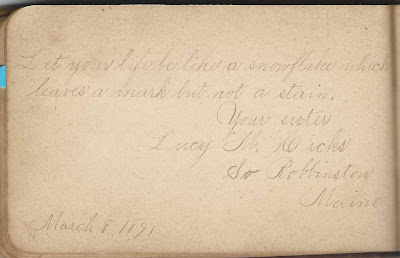 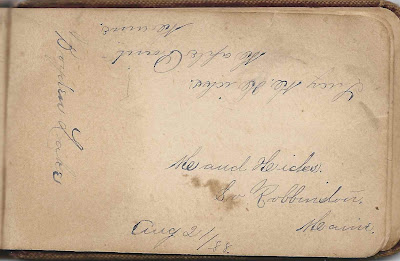 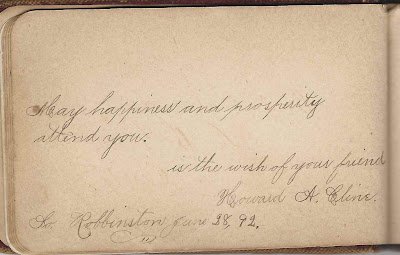 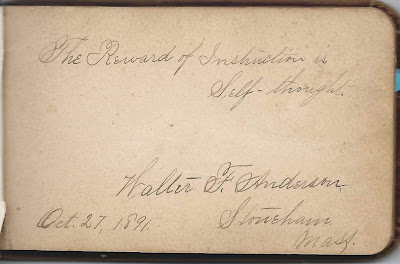 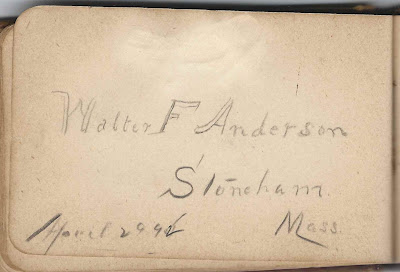 The couple lived in Massachusetts, New Hampshire and Maine.  The 1900 Census found them at Stoneham, Massachusetts, where Walter was employed as a shoe laster.

The couple had, I think, four children: 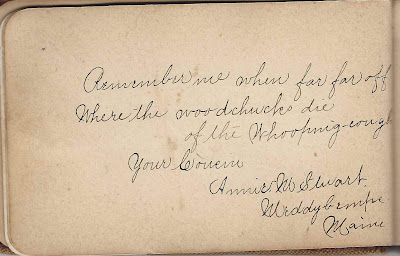 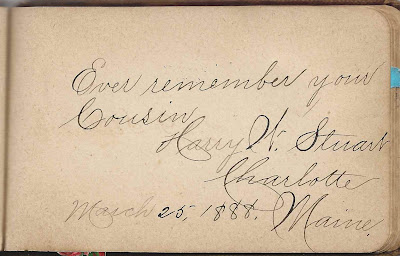 For images of all of the pages in Evelyn's autograph album, see the page of Evelyn E. Hicks at the Maine and Maritime Canada Genealogy network.

If you have any corrections or additions to the information above, or if you have information on any of the signers in Evelyn's autograph album, please leave a comment or contact me directly.

Posted by Pam Beveridge at 9:43 AM