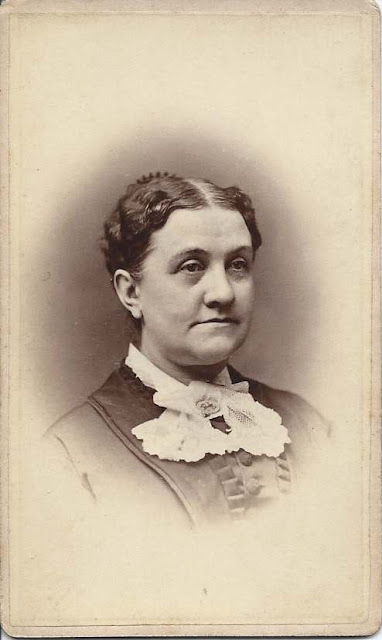 Carte de visite of a woman identified on reverse as Mary Sophia Truesdell Merrill.  The CDV was made by the studio of H. E. Strout, located at the corner of Main and Railroad Streets in Woburn, Massachusetts. 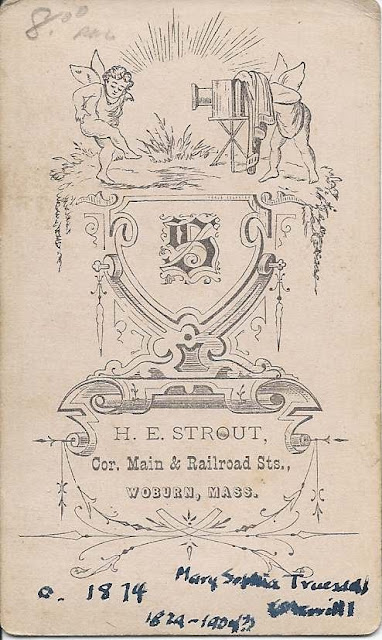 The birth and death years on the CDV are at odds with what I found online.

Ozias' mother was Rhoda Trusdell, daughter of Thomas Truesdell, Jr. and Rhoda (Curtis) Truesdell.  It appears that Ozias was born out of wedlock.  Rhoda later married Nathan Warriner, but I'm not sure he was the birth father of Ozias.

Charles studied at the Biblical Institute at Concord, New Hampshire, and pastored at several Massachusetts churches, including at Springfield.

See a photograph of Charles A. Merrill here.

Charles and Mary Sophia had at least four children:


If you have corrections to the information above or insights into the Truesdell and Merrill families, please leave a comment or contact me directly.

Posted by Pam Beveridge at 6:19 PM