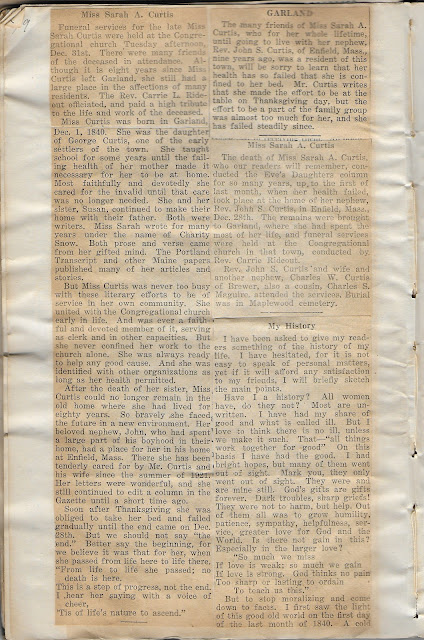 Clippings found in an early 20th century scrapbook of mostly the Dexter, Maine, and Skowhegan, Maine, areas: regarding the Curtis family of Garland, Maine.

They were the children of George Curtis and Louisa Sutton (Angove) Curtis. of Garland, Maine.

According to the clippings, Sarah A. Curtis was born in Garland on December 1, 1840, the daughter of "George Curtis, one of the early settlers of the town".  Sarah was a writer, who, under the name "Charity" or "Charity Snow", penned many articles that appeared in Maine newspapers.

Sarah's older sister, Susan Oak Curtis (1836-1920), was also a writer and a poet; she frequently used the pen name "Hope Harvey".  Sarah noted that writing was a "heritage from our mother".

After Susan died, Sarah moved to Enfield, Massachusetts, to the home of her nephew Rev. John S. Curtis and his wife.  He was the son of Judge George Curtis. 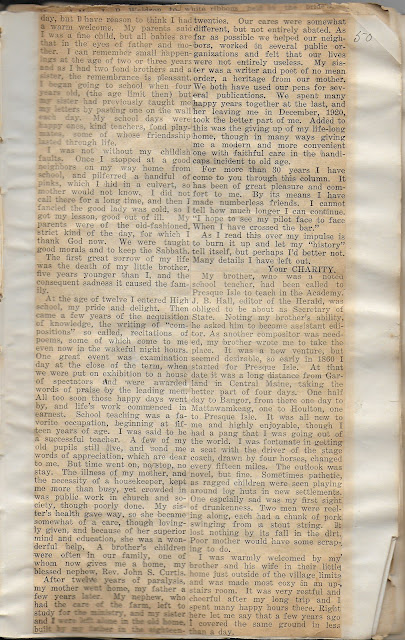 Events detailed in Sarah's "My History": not necessarily in order, as the history appears in installments of recollections: 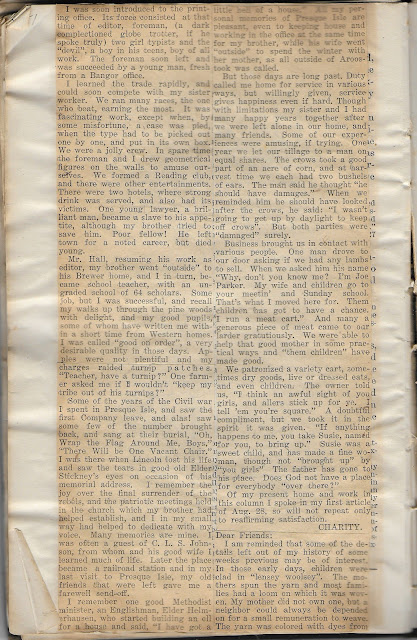 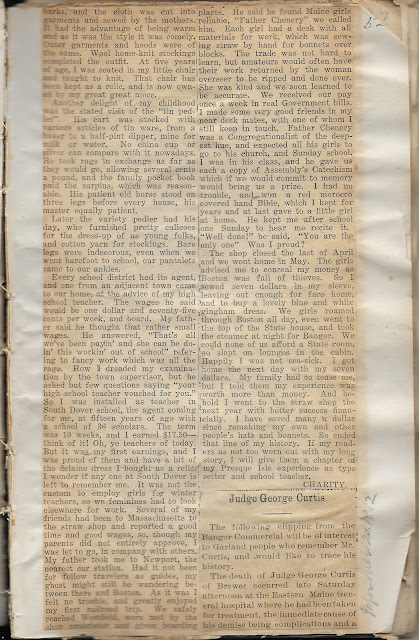 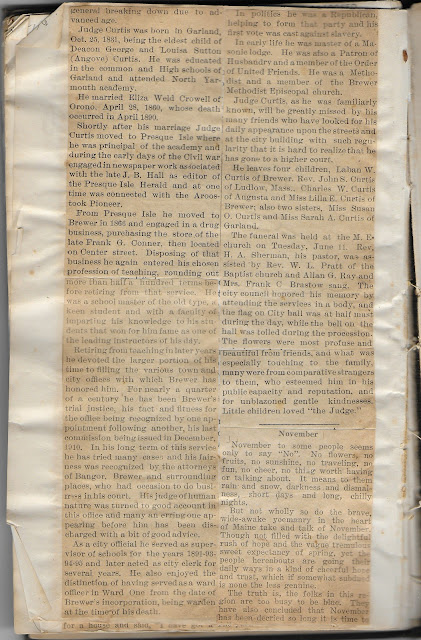 Sarah, Susan, their parents and younger brother Willie are all buried in the Maplewood Cemetery at Garland, Maine.  Judge George Curtis, his wife Eliza and at least two of their children are buried in the Oak Hill Cemetery at Brewer, Maine.

If you have information on any of the people mentioned above, please leave a comment or contact me directly.