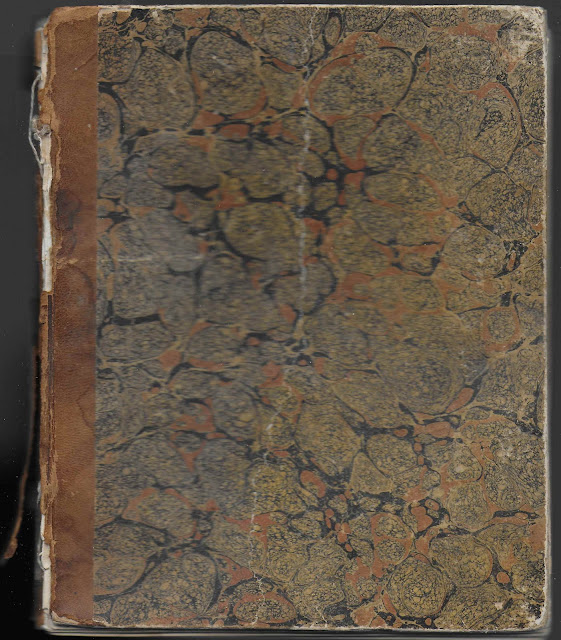 Autograph album started about February 27, 1832 by Henry F. Briggs of Lebanon, Connecticut, although he wrote it as Lebanon Goshen on the first end paper. 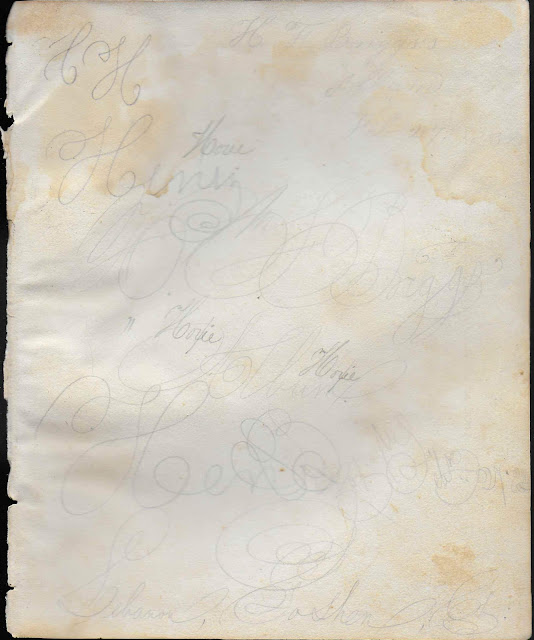 Some of the inscribers were related; surnames include:


The album measures approximately 8" by 6-1/2" and is not in the best of condition, with separated and warped covers, some pages detached and most pages with warping and/or wrinking; hence blurred areas on some of the scanned images.  Better images would have required taking the album entirely apart.

Henry's name appears in beautiful calligraphy, with a design, on what might be considered the ownership page. 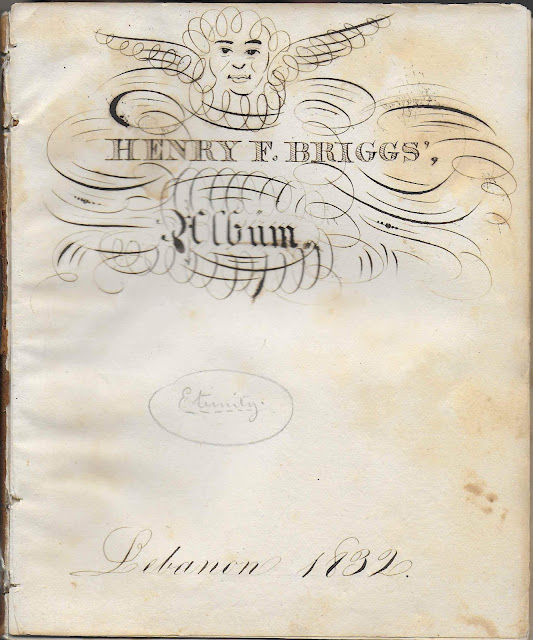 Most of the inscriptions are from Connecticut residents, but a Johnson from New York, whose initials are hard to decipher, designed a fancy page. 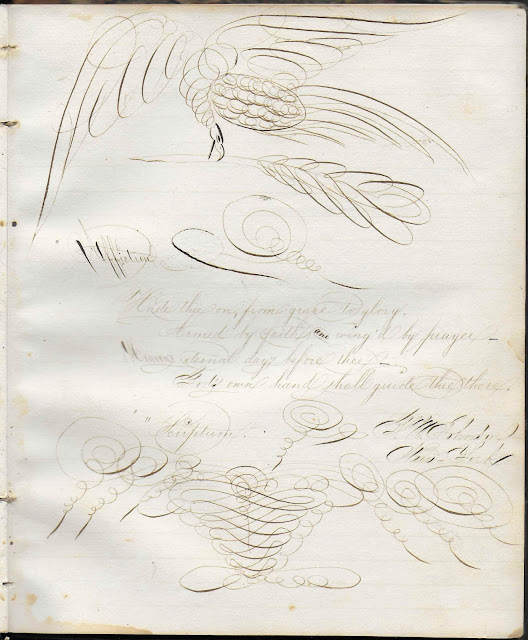 If you have information on Henry F. Briggs, please leave a comment or contact me directly.  I found a mention in the Connecticut, Church Record Abstracts, 1630-1920: for Colchester, Connecticut: "Sarah T. & Mrs. Maria Briggs & Henry F. Briggs adm.ch. Dec. 31, 1836, by letter from Goshen". But I don't know if this is the correct Henry.