1880-1884 Autograph Album of Nellie May Bowman of Lebanon Church, Virginia, before and after her Marriage to William Fletcher Frisbee 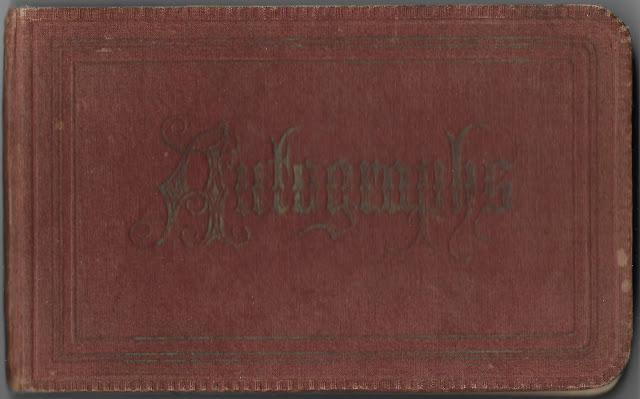 In 1883 Nellie married William Fletcher Frisbee (1852-1925); a few of the later inscriptions were made after Nellie's marriage. 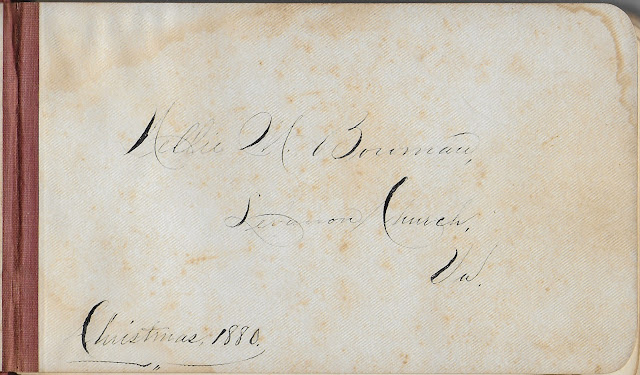 The album measures approximately 6-3/4" by 4-1/4" and contains the sentiments of over thirty of Nellie's relatives and friends.  An alphabetical list of the inscribers, with any personal information they offered, appears at the end of this post. 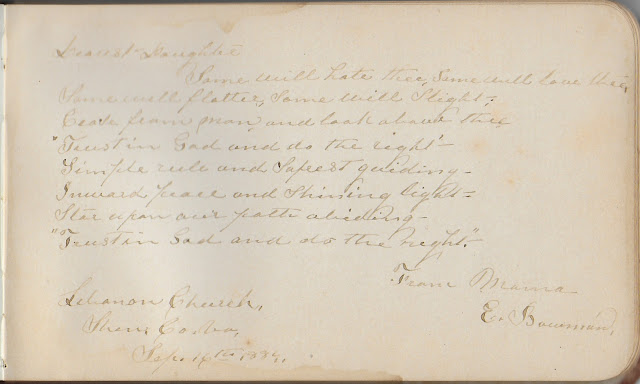 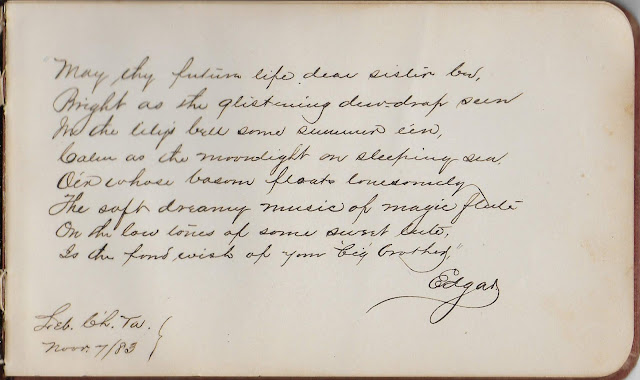 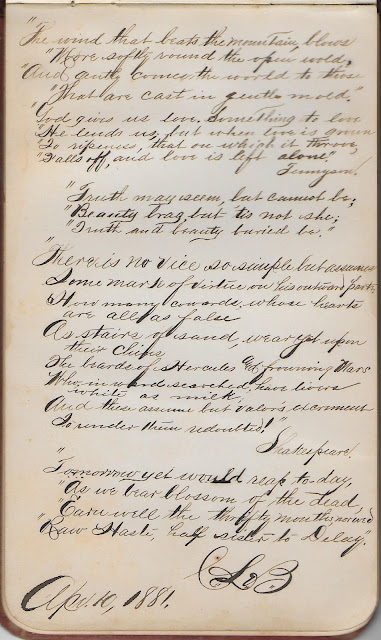 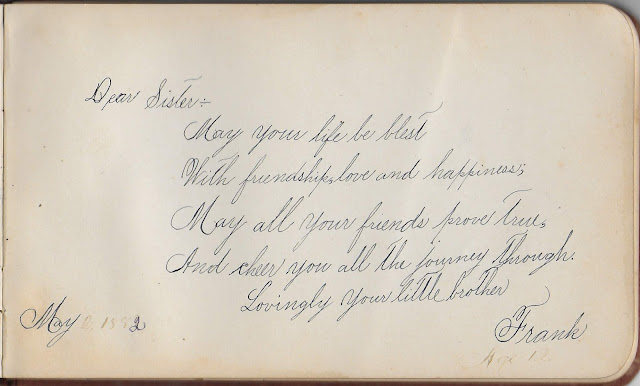 In 1883, Nellie married William Fletcher Frisbee, an Illinois native, the son of Rufus K. Frisbee and Rebecca (Cornell) Frisbee. Nellie and William had at least one child, daughter Phrocine Bowman Frisbee, born in 1884.  The family moved to North Carolina at some point. 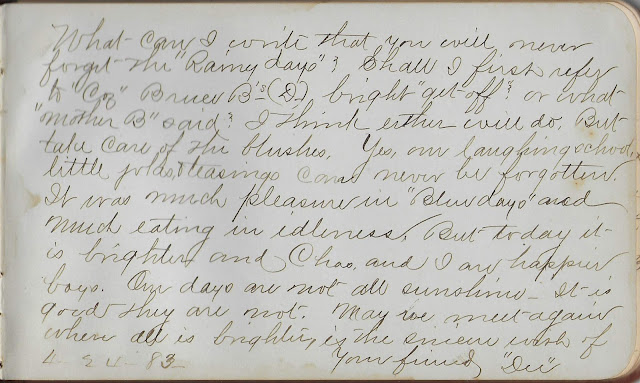