1813 Act to Alter and Amend an Act Establishing The Fryeburgh Academy; Fryeburg, Maine 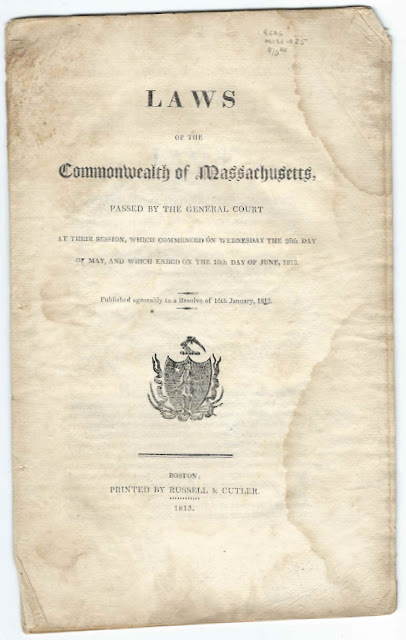 "An Act to alter and amend an act establishing The Fryeburgh Academy", in a description on parts of two pages in Laws of the Commonwealth of Massachusetts, Passed by the General Court at Their Session, which Commenced on Wednesday the 26th Day of May, and Which Ended on the 16th Day of June, 1813.  Now known as Fryeburg Academy at Fryeburg, Maine, the Academy was founded in 1792.

The amendment: repeal of the requirement that a major part of the Trustees of said Academy shall consist of men, who are not inhabitants of the town where the said seminary is situated.

The Act was approved by the Governor the Commonwealth of Massachusetts on June 16, 1813. 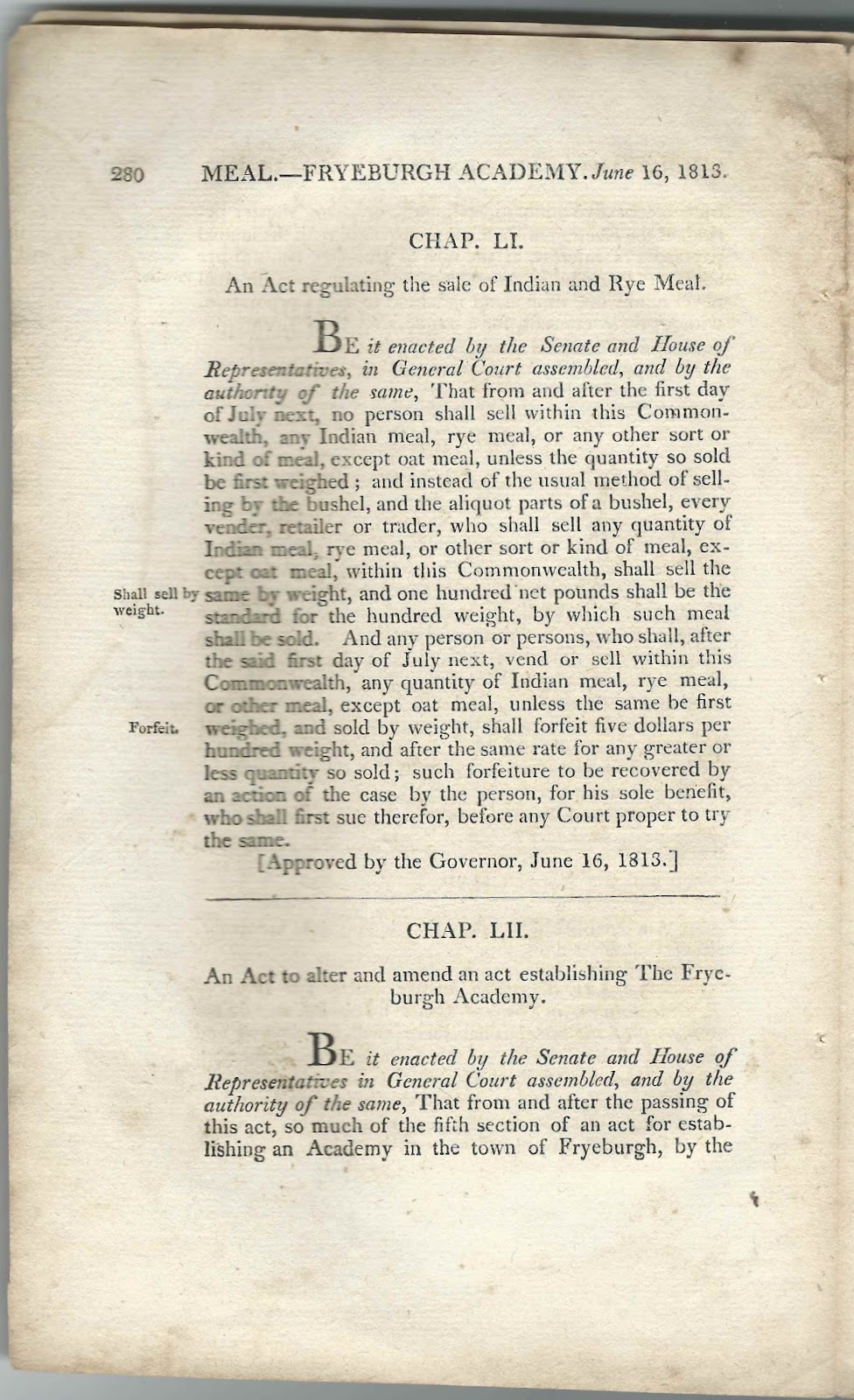