Autograph album given to Miss Elizabeth Gross of Pennsylvania by her brother in August of 1841.  At least six of the autographs in the album were inscribed by Elizabeth's future husband John A. Pechin.

It was presumably Elizabeth who inscribed the first page in the album, as a welcome to those would be leaving sentiments.

If there ever was a title page in the album, it's missing now.  The album measures approximately 7-3/4" by 6" and contains the sentiments of perhaps 9 individuals, some of whom inscribed multiple pages, and five engravings of women, such as the one below.  An alphabetical list of the inscribers, together with any personal information they offered, appears at the end of this post. 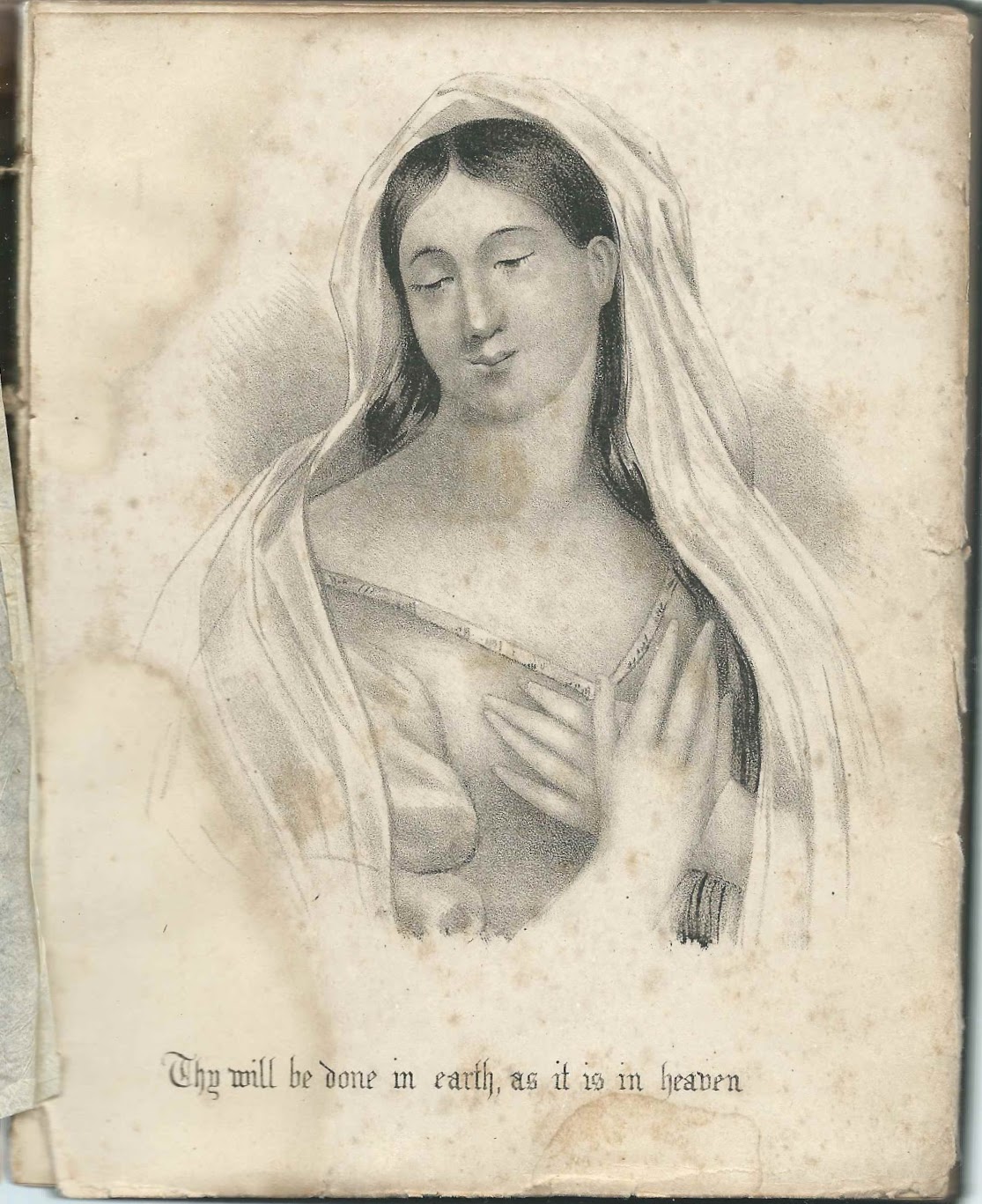 I haven't been able to identify Elizabeth's parents or her brother.  Perhaps a reader will supply this information in the comments section.  As noted above, Elizabeth married farmer John A. Pechin of Chester County, Pennsylvania, probably in the late 1840s.  Below, one of the several pages that John inscribed throughout the album.

John A. Pechin died June 11, 1897, and Elizabeth died August 26, 1901.  They're buried in the Grove Methodist Church Cemetery at West Chester, Pennsylvania, along with their sons.

If you have corrections and/or additions to the information above, or information on any of the inscribers in the album, please leave a comment or contact me directly.

Inscribers in the album
B
C
G
L
M
P