1813 Act to Incorporate The First Baptist Society in Wilton, Maine

"An Act to incorporate the First Baptist Society in Wilton, in the county of Kennebeck", a description that takes up nearly two pages in the 1813 edition of Laws of the Commonwealth of Massachusetts, Passed by the General Court, at Their Session, Which Commenced on Wednesday the 26th Day of May, and Which Ended on the 16th Day of June, 1813. 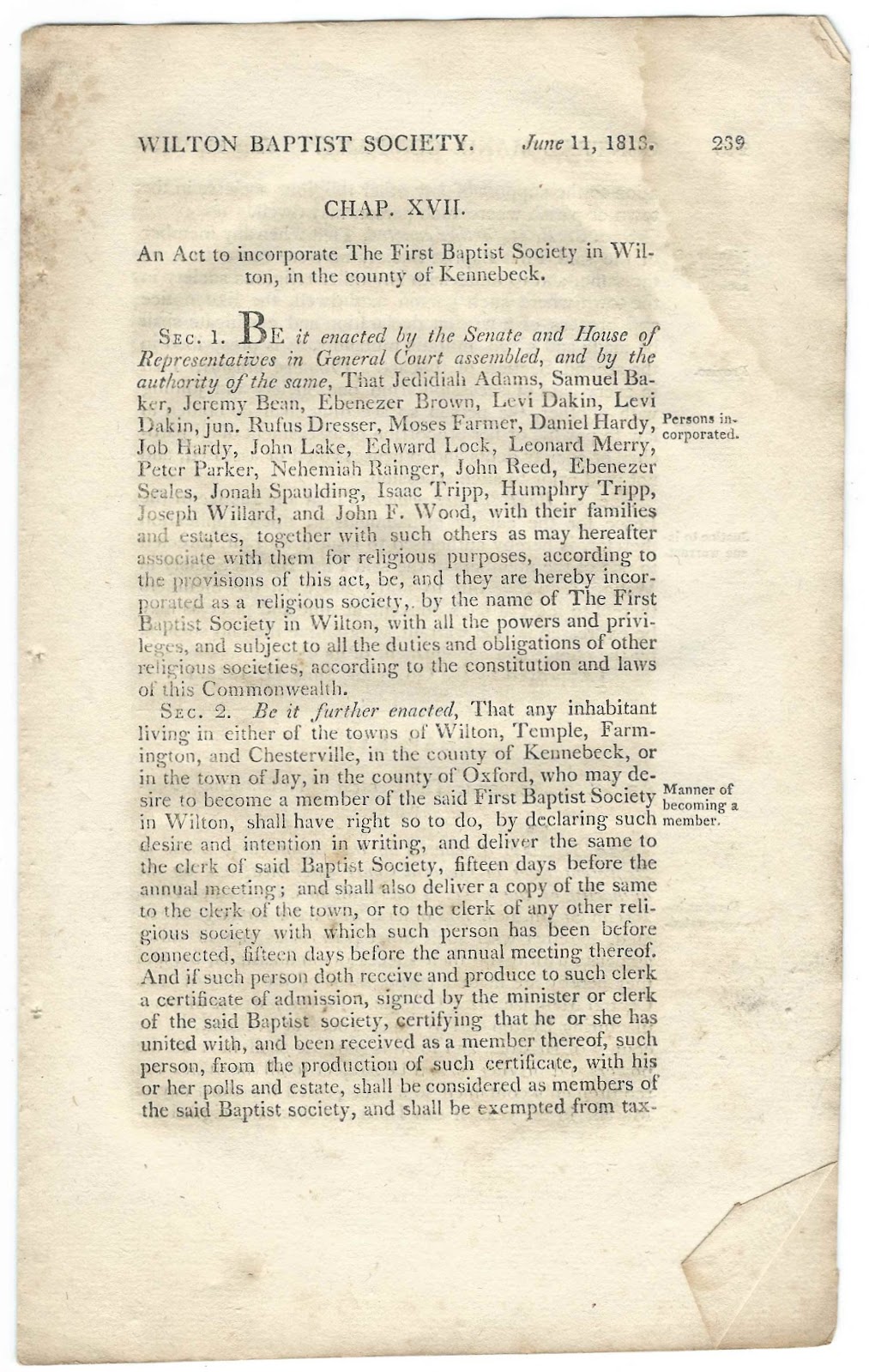 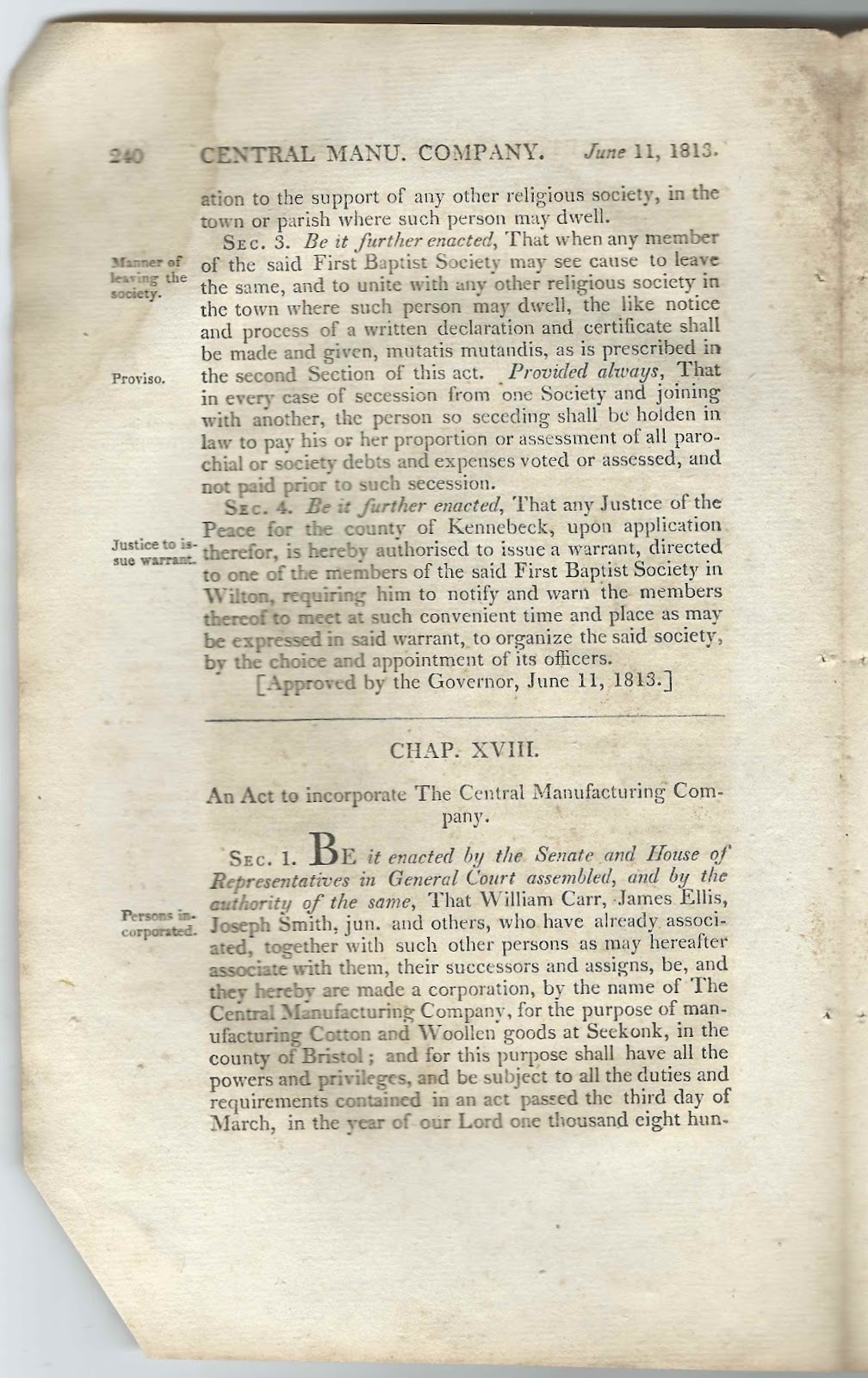 The Act was approved by the Governor of the Commonwealth of Massachusetts on June 11, 1813.

Posted by Pam Beveridge at 3:25 PM