"An Act to incorporate The Bath Fire and Marine Insurance Company", as described in a five-page portion of Laws of the Commonwealth of Massachusetts, Passed by the General Court at Their Session, which Commenced on Wednesday the 26th Day of May, and Which Ended on the 16th Day of June, 1813.  Bath, Maine.

The act was approved by the Governor of the Commonwealth of Massachusetts on June 14, 1813.

Names of people mentioned in order of appearance, which might reflect the level of their investment and/or authority: 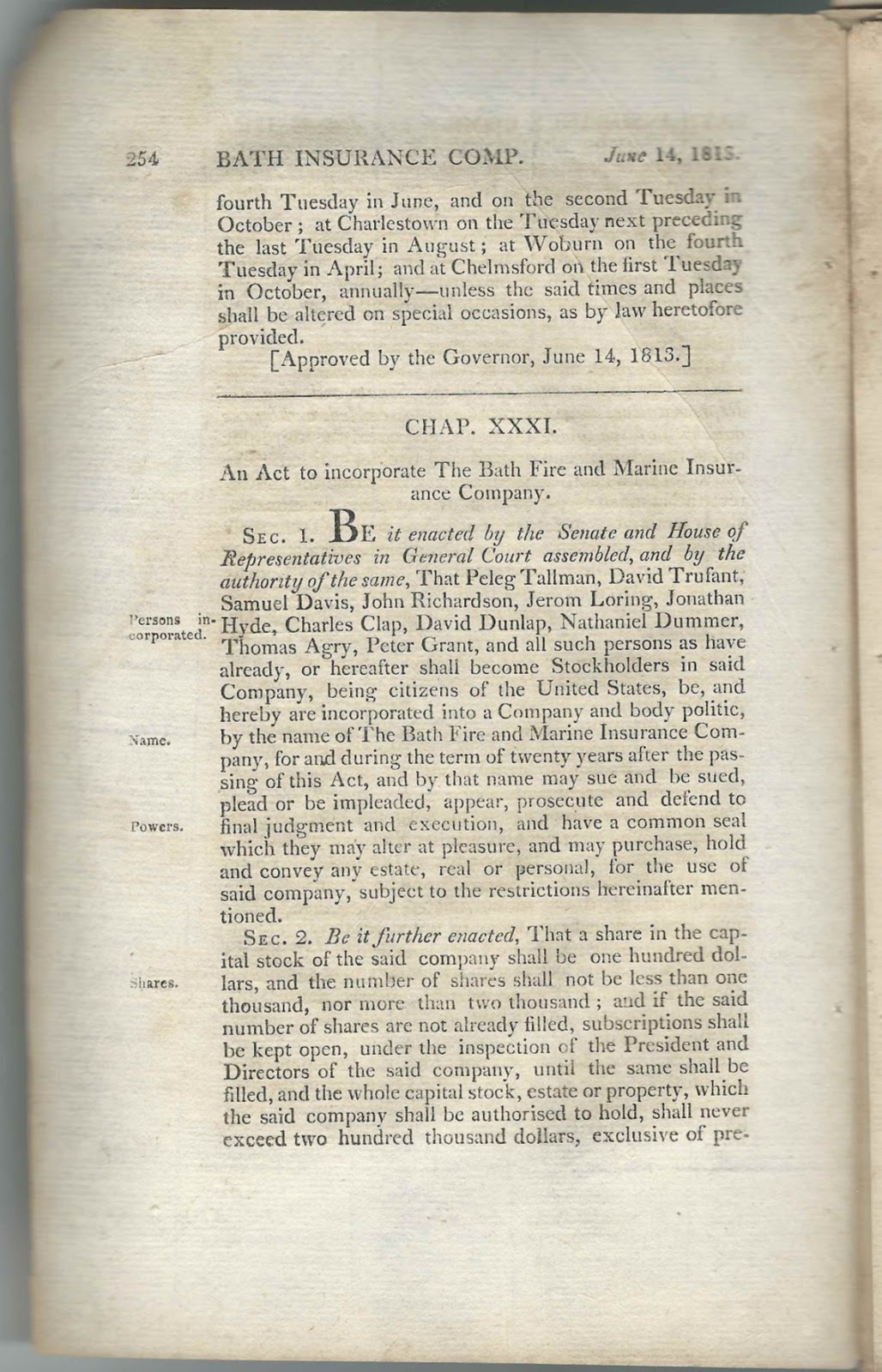 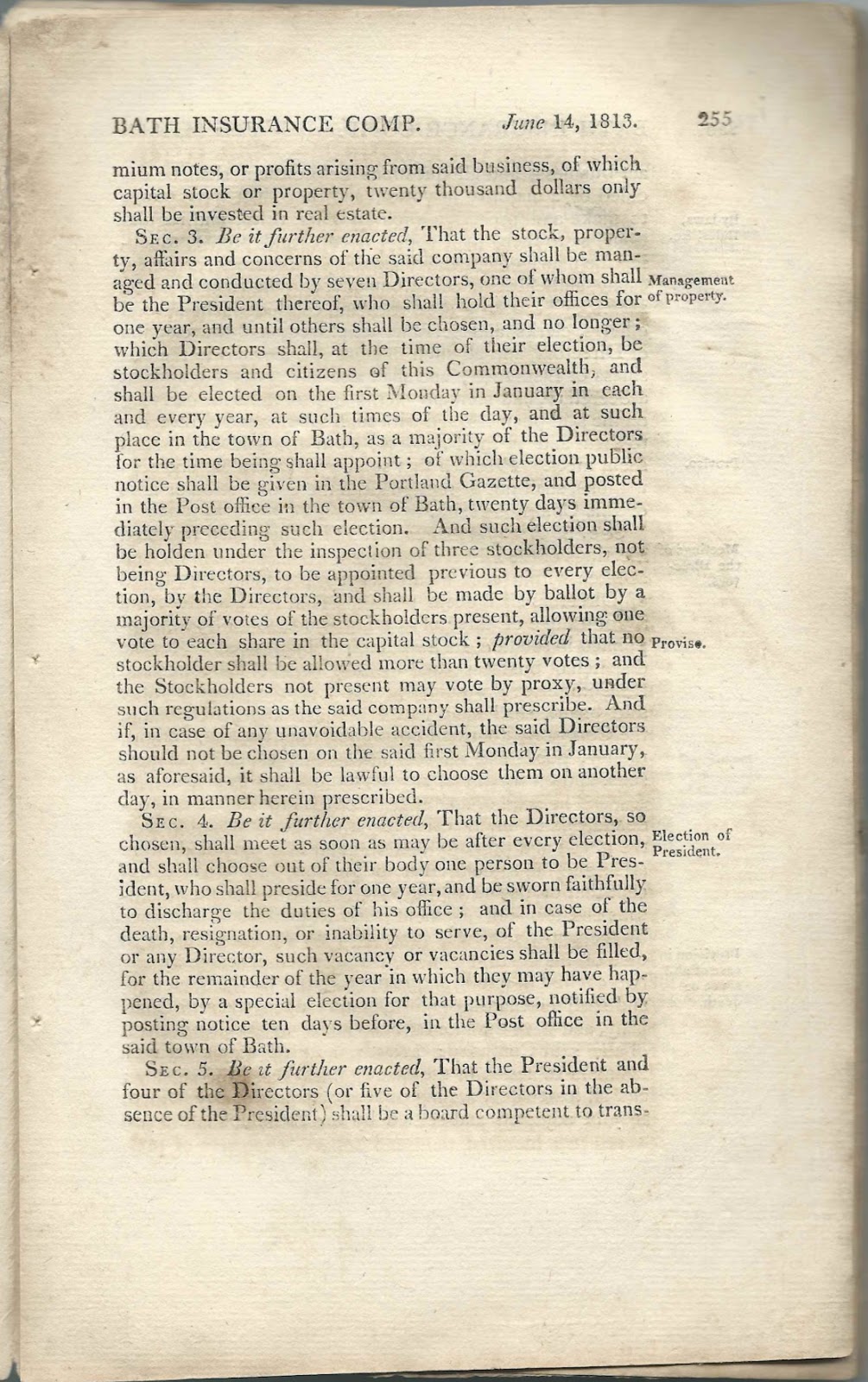 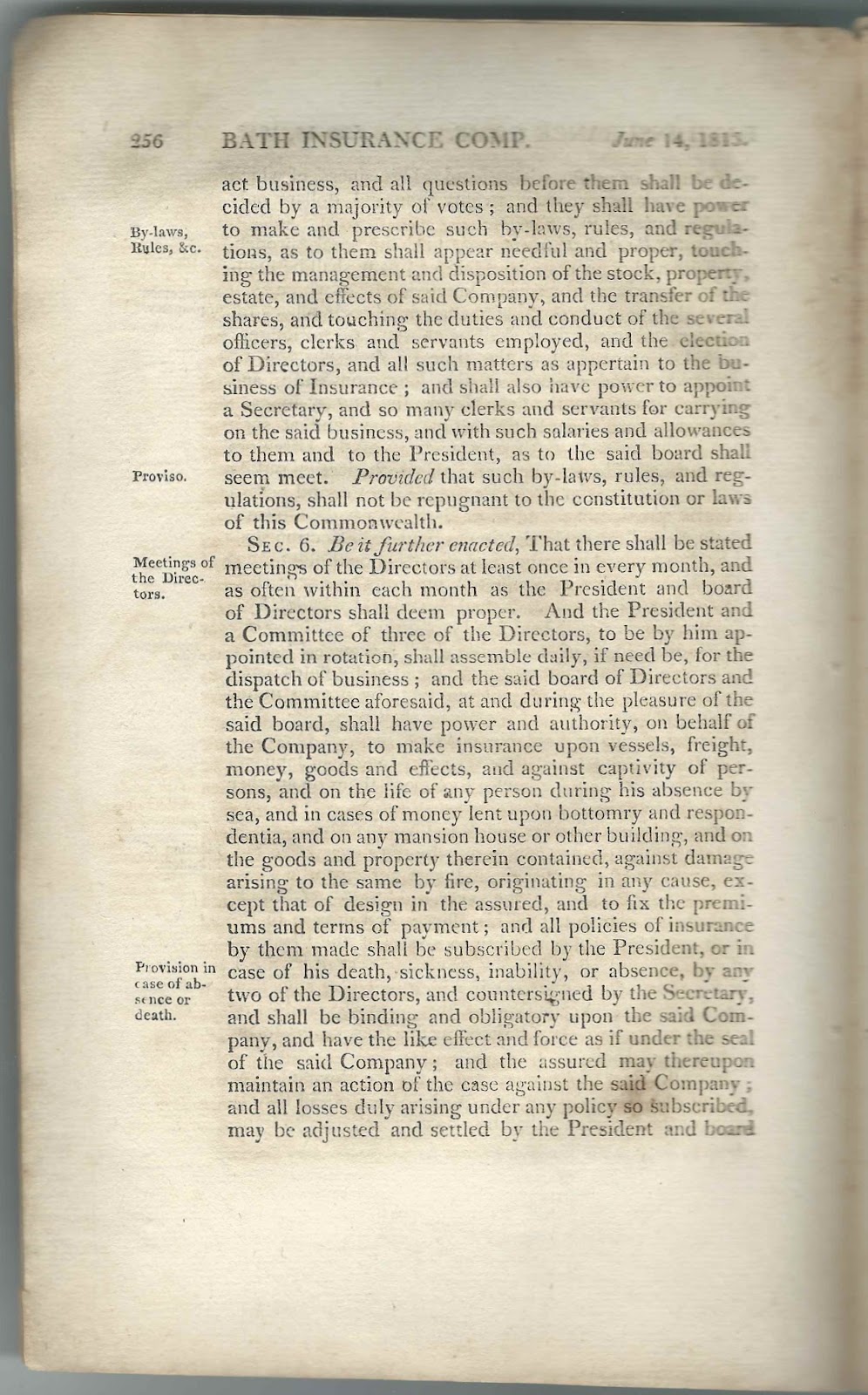 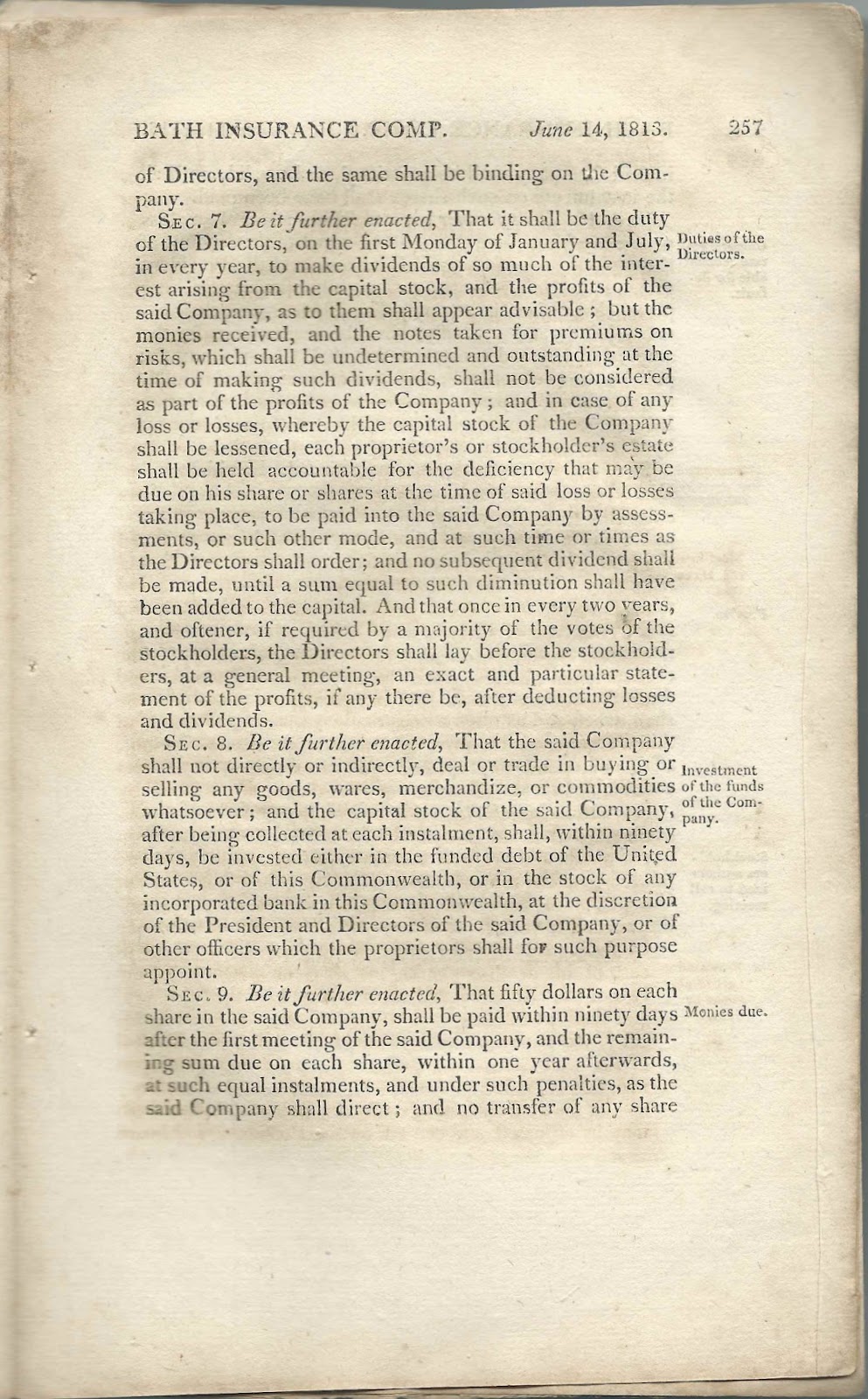 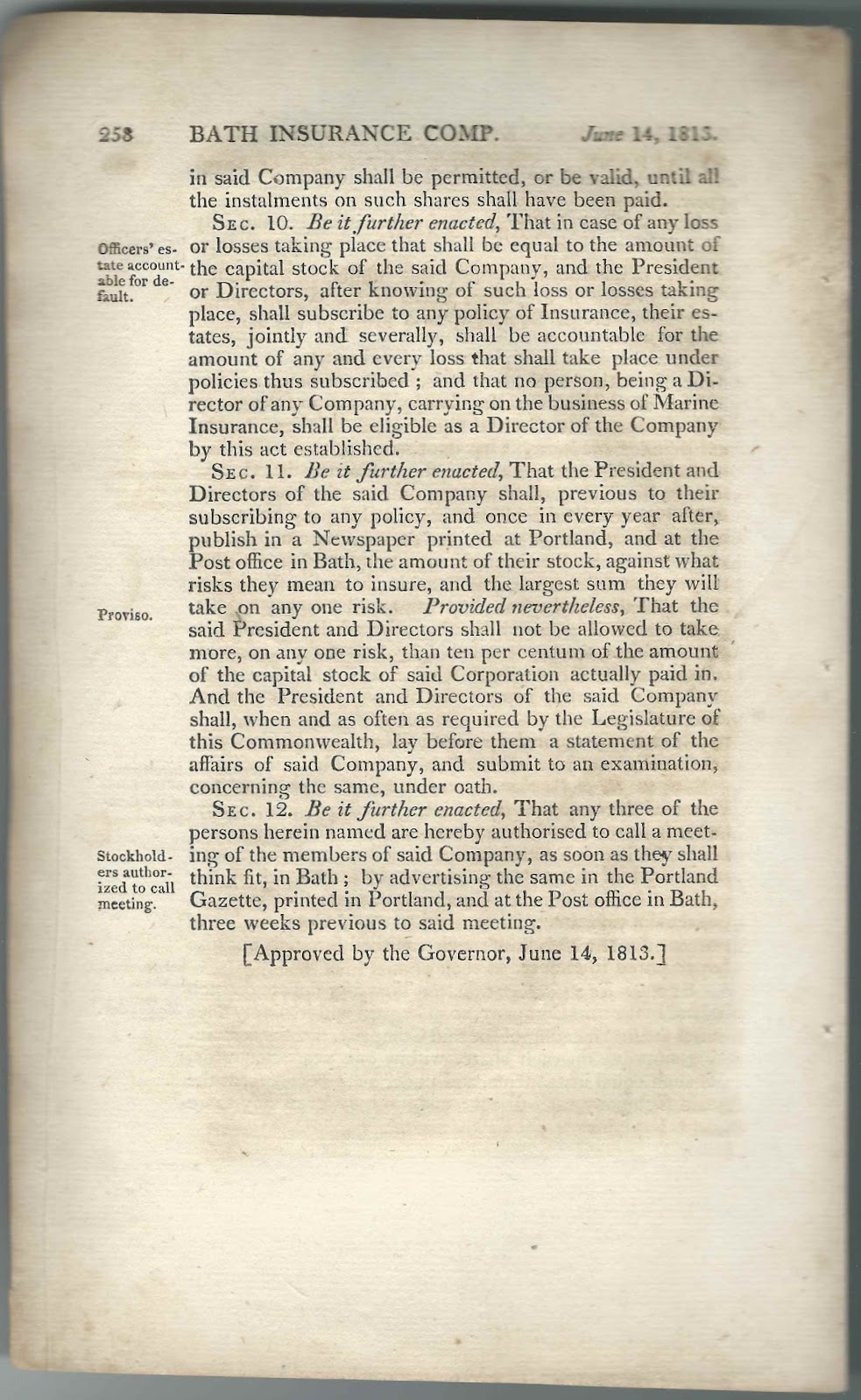