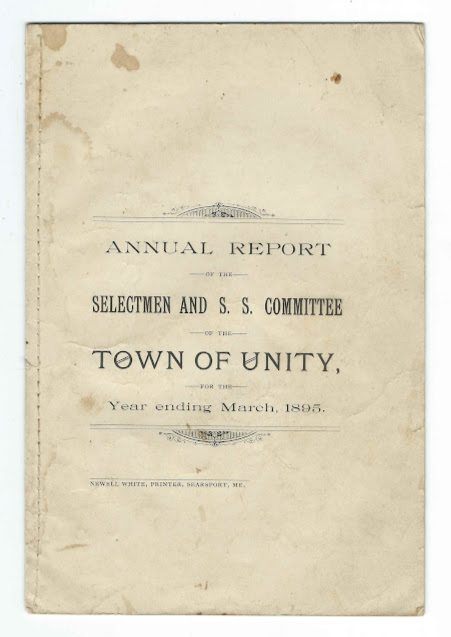 Annual Report of the Selectmen and S. S. Committee of the Town of Unity, Maine, Year Ending March, 1895.  Printed in Searsport, Maine, by Newell White.

Below each image of the pages is a list of the people mentioned, listed only once, though their names might appear several times on the page.  At the end of this post is an alphabetical list of the names - be aware that many appear multiple times. 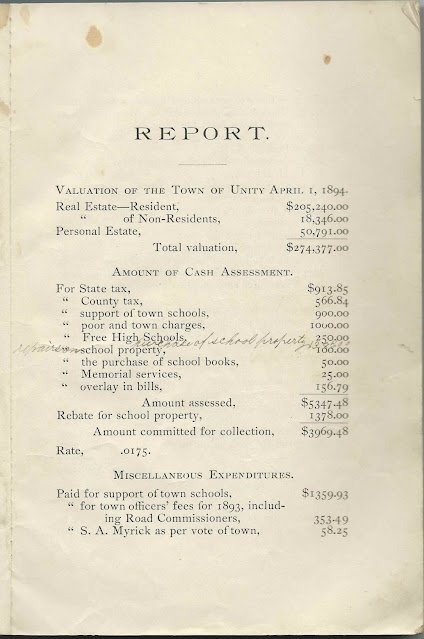 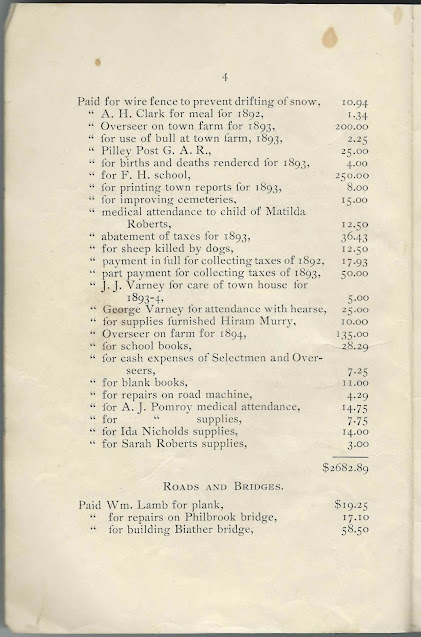 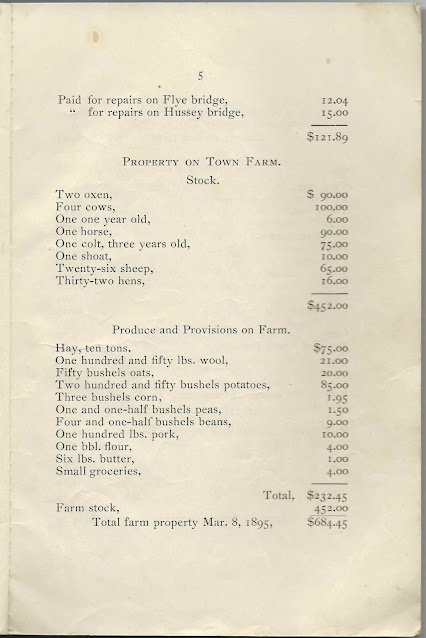 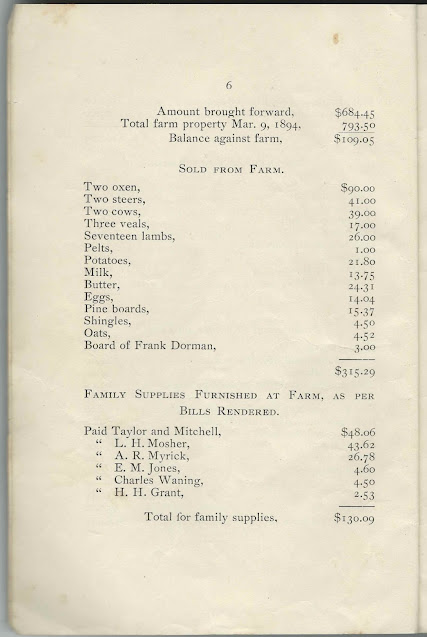 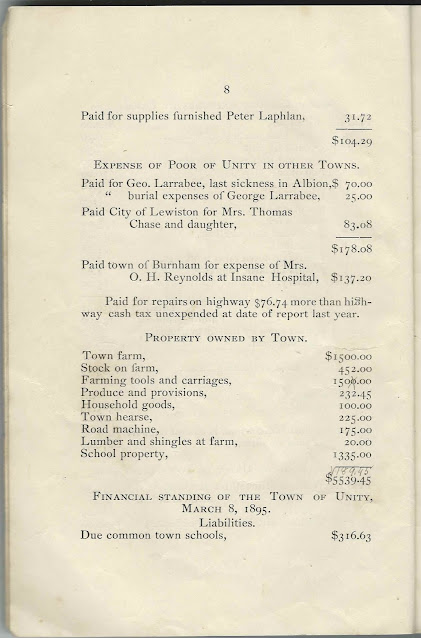 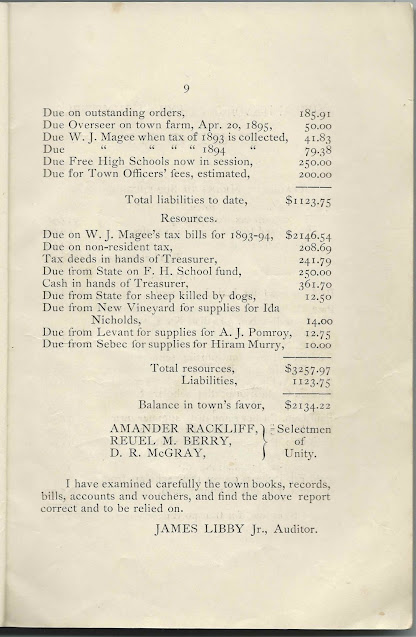 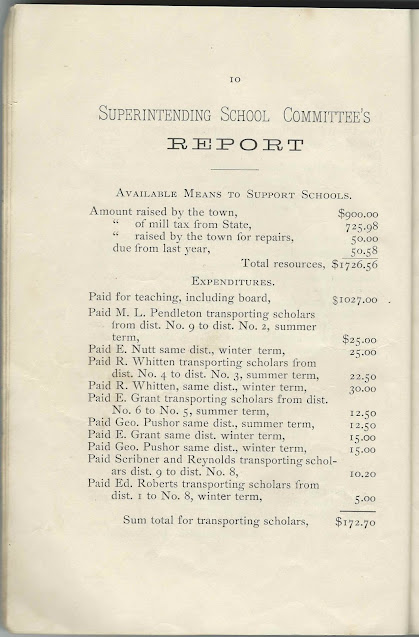 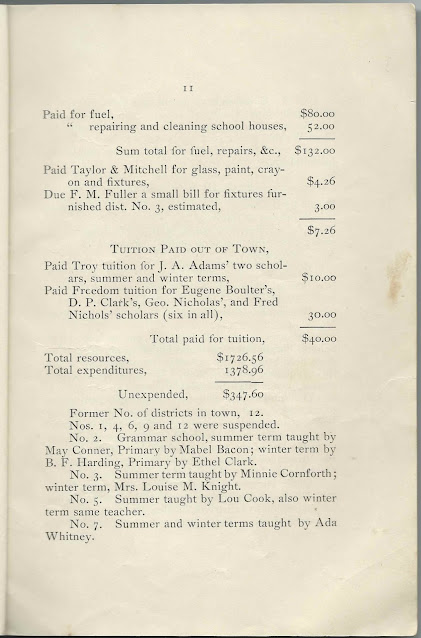 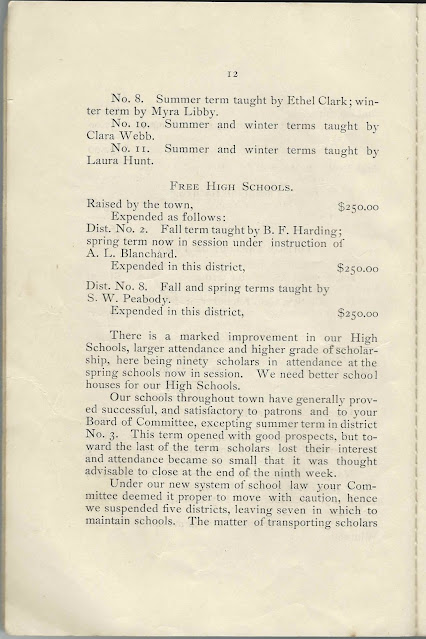 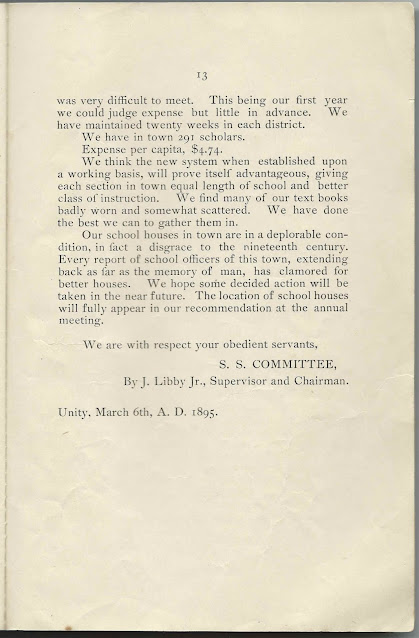 Posted by Pam Beveridge at 2:01 PM