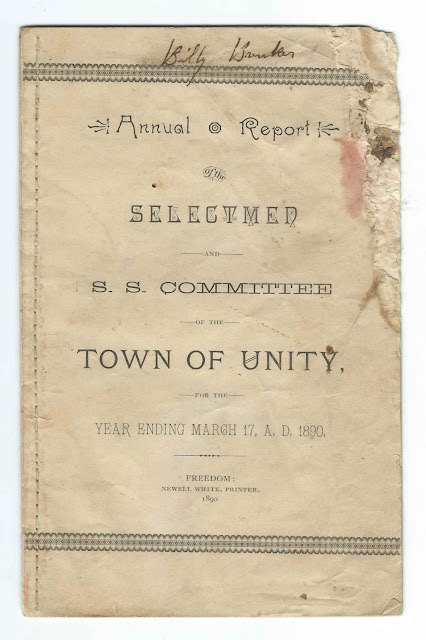 Annual Report of the Selectmen and S. S. Committee of the Town of Unity, Maine, for the Year Ending March 17, A.D., 1890.  Printed in Freedom, Maine by Newell White, Printer.  The report has the name of Billy Bunker written at top.

Below each image of the pages is a list of the people mentioned, listed only once, though their names might appear several times on the page.  At the end of the post is an alphabetical list of the names - be aware that many appear multiple times. 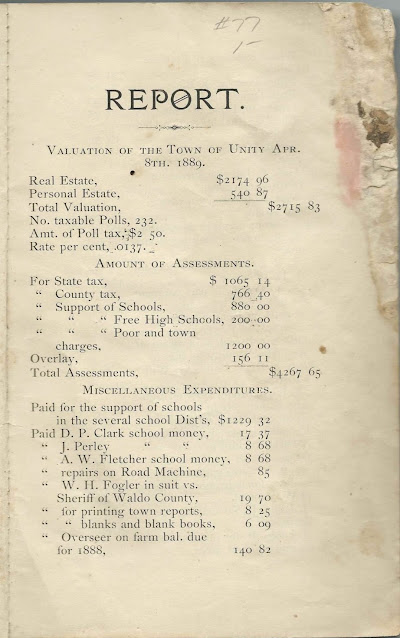 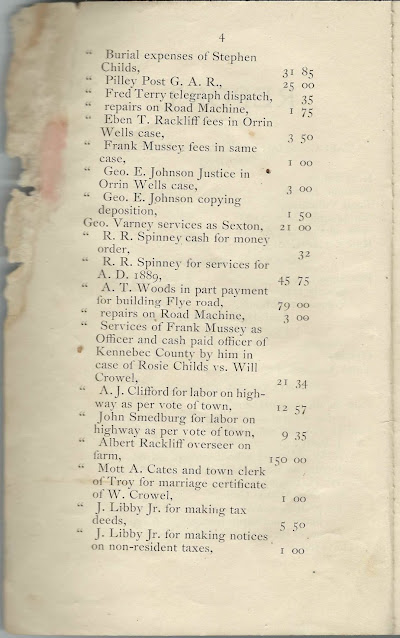 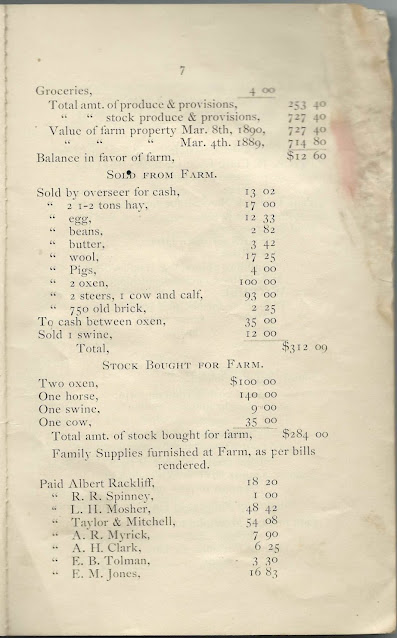 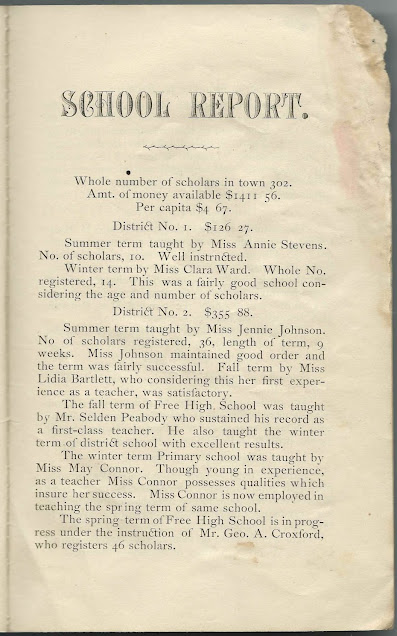 District 6
Summer Term - Almatia Webb - "Miss Webb has gone to her long home, mourned by her sorrowing pupils and many friends.  What is their loss is her gain."
Winter Term - Clara E. Webb, a member of the school board 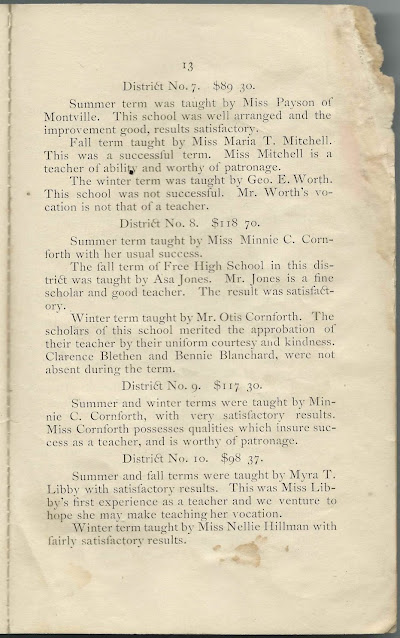 District 7
Summer Term - Miss Payson of Montville.
Fall Term - Miss Maria T. Mitchell
Winter Term - George E. Worth.  "This school was not successful.  Mr. Worth's vocation is not that of a teacher."