"An Act to annex Nathaniel Wing, with his family and estate, to the town of Hallowell", as described in parts of two pages from Laws of the Commonwealth of Massachusetts, Passed by the General Court at Their Session, which Commenced on Wednesday the 26th Day of May, and Which Ended on the 16th Day of June, 1813.  From Winthrop, Maine, to Hallowell, Maine.

The Act was approved by the Governor of the Commonwealth of Massachusetts on June 14, 1813.

Perhaps the Nathaniel Wing mentioned in a publication from the Maine Historical Society.  That Nathaniel Wing was born in Harwich, Massachusetts, now Brewster, Massachusetts, on December 25, 1768, the son of Barney and Hannah (Berry) Wing.  He married Polly Crosby and came to Maine in 1799; they had eight children.  He died November 30, 1834. 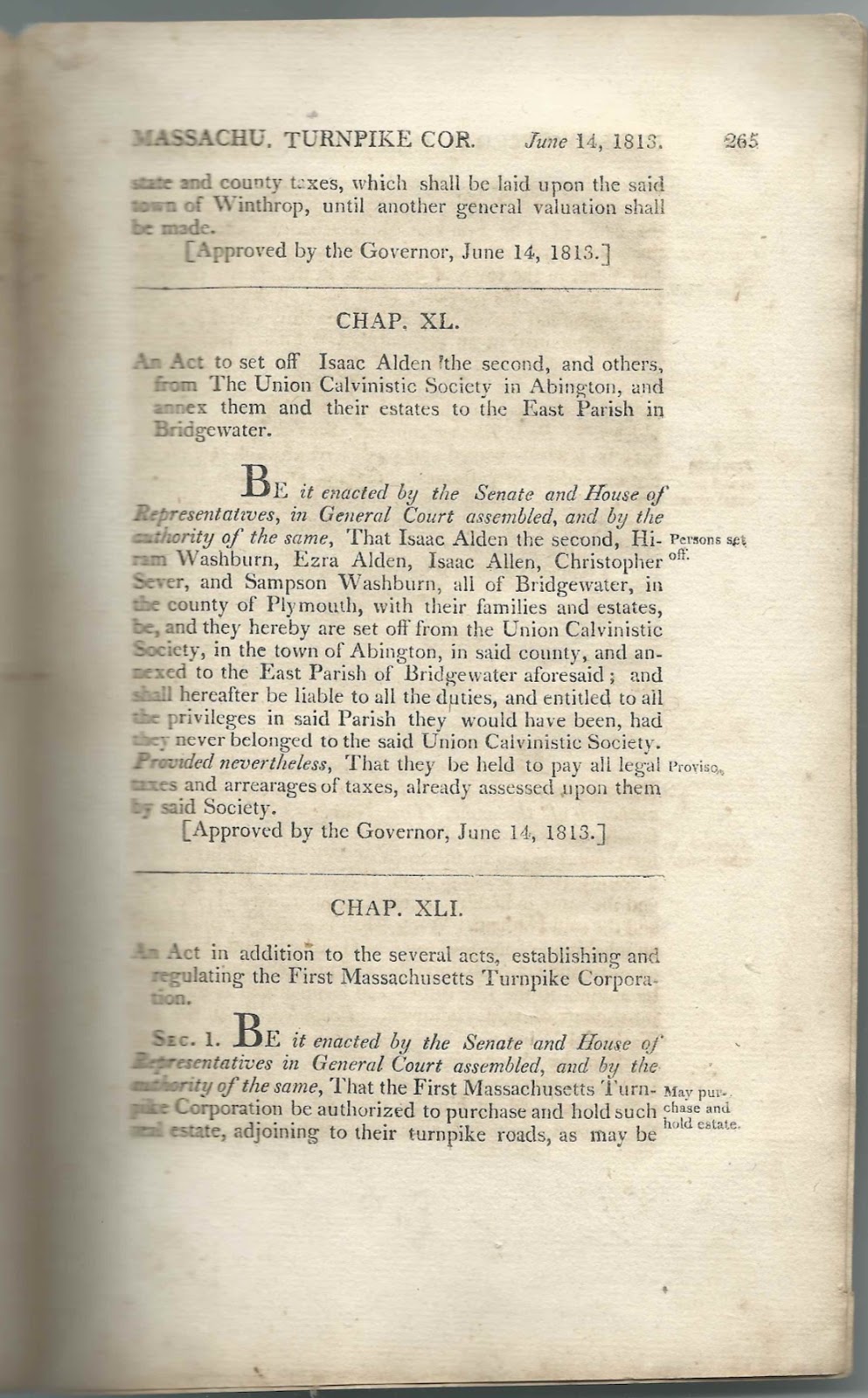 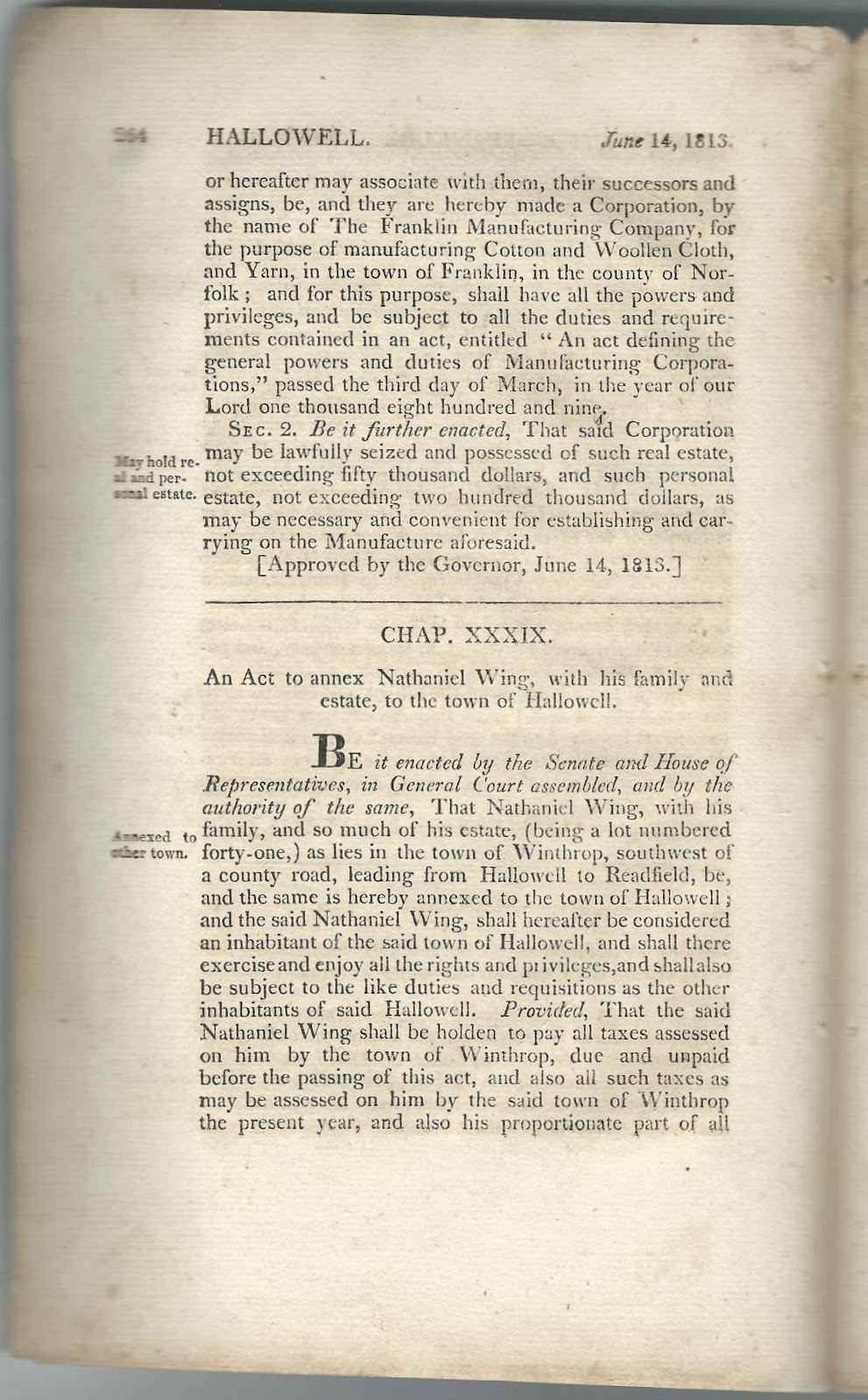