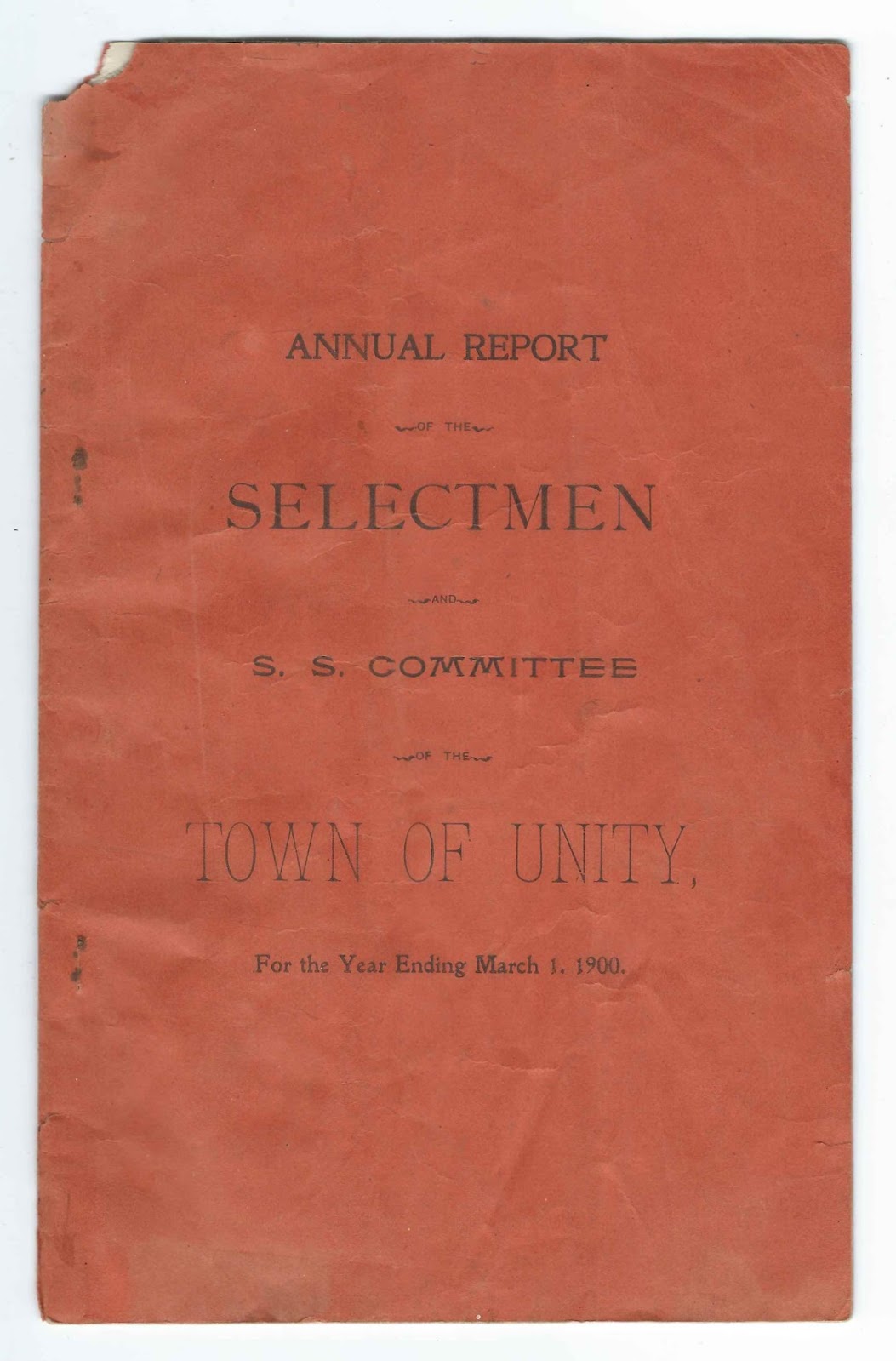 Annual report of the Selectmen and S. S. Committee of the Town of Unity, Maine, for the Year Ending March 1, 1900.  The report was printed by Louis O. Haskell of Pittsfield, Maine. 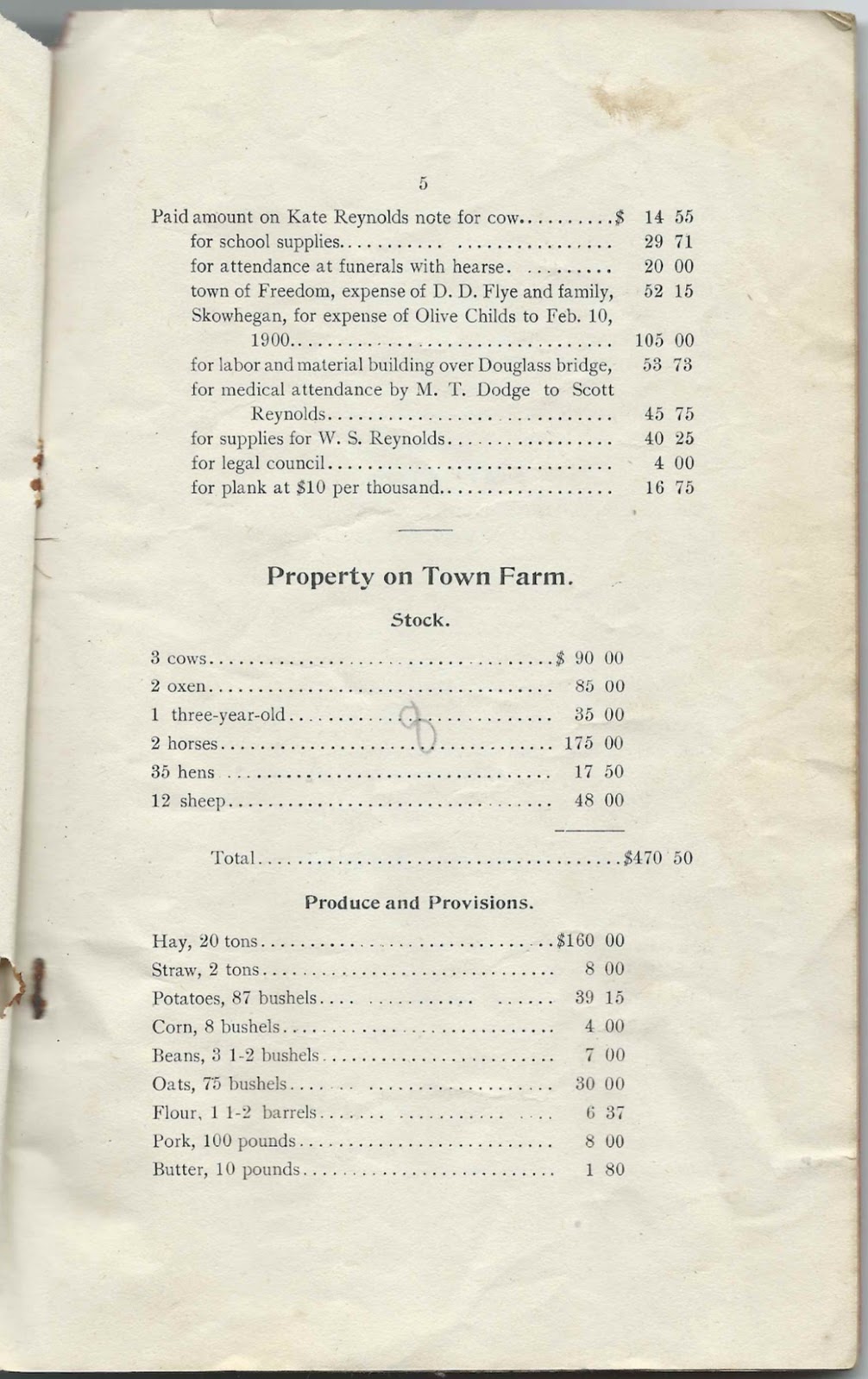 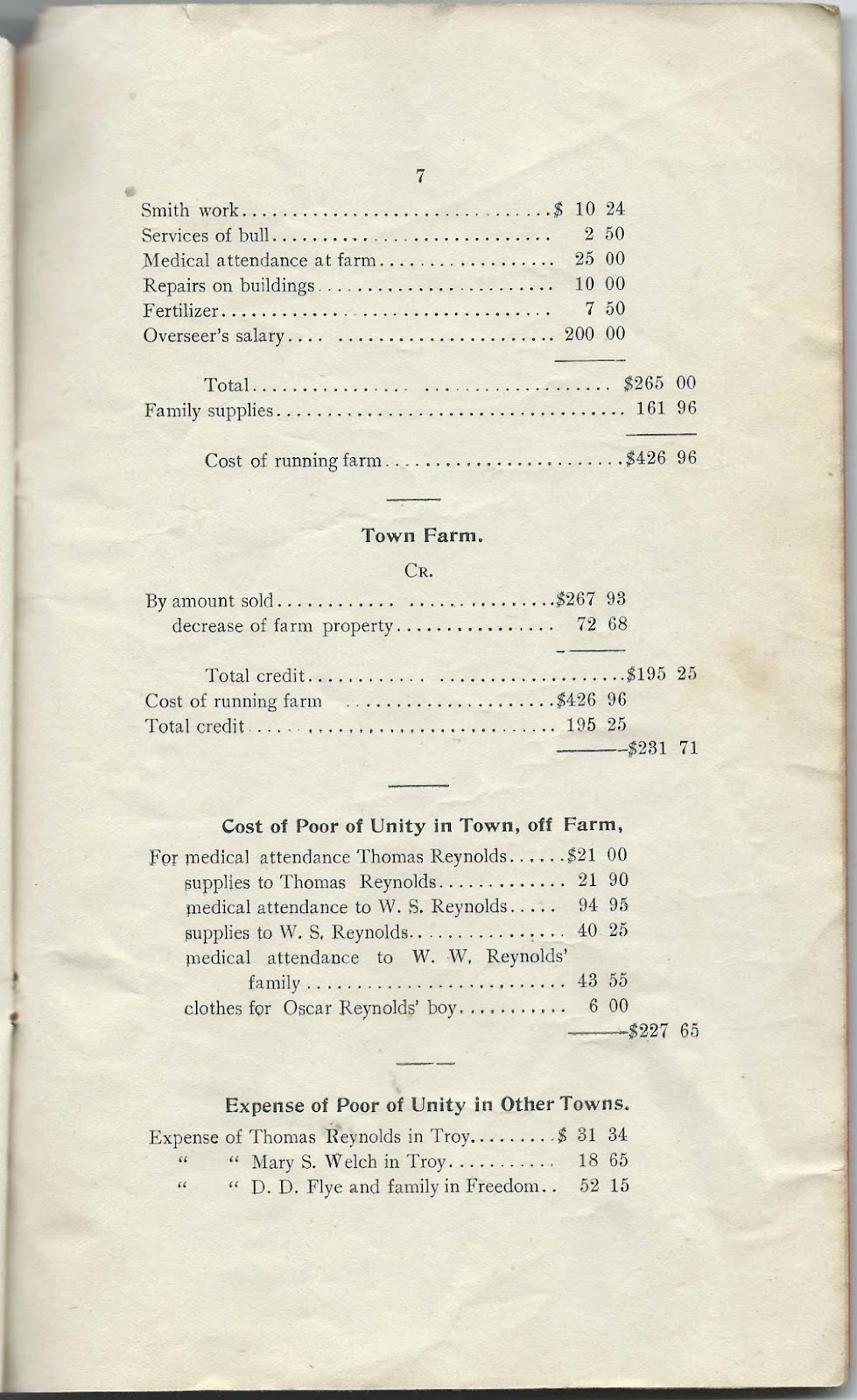 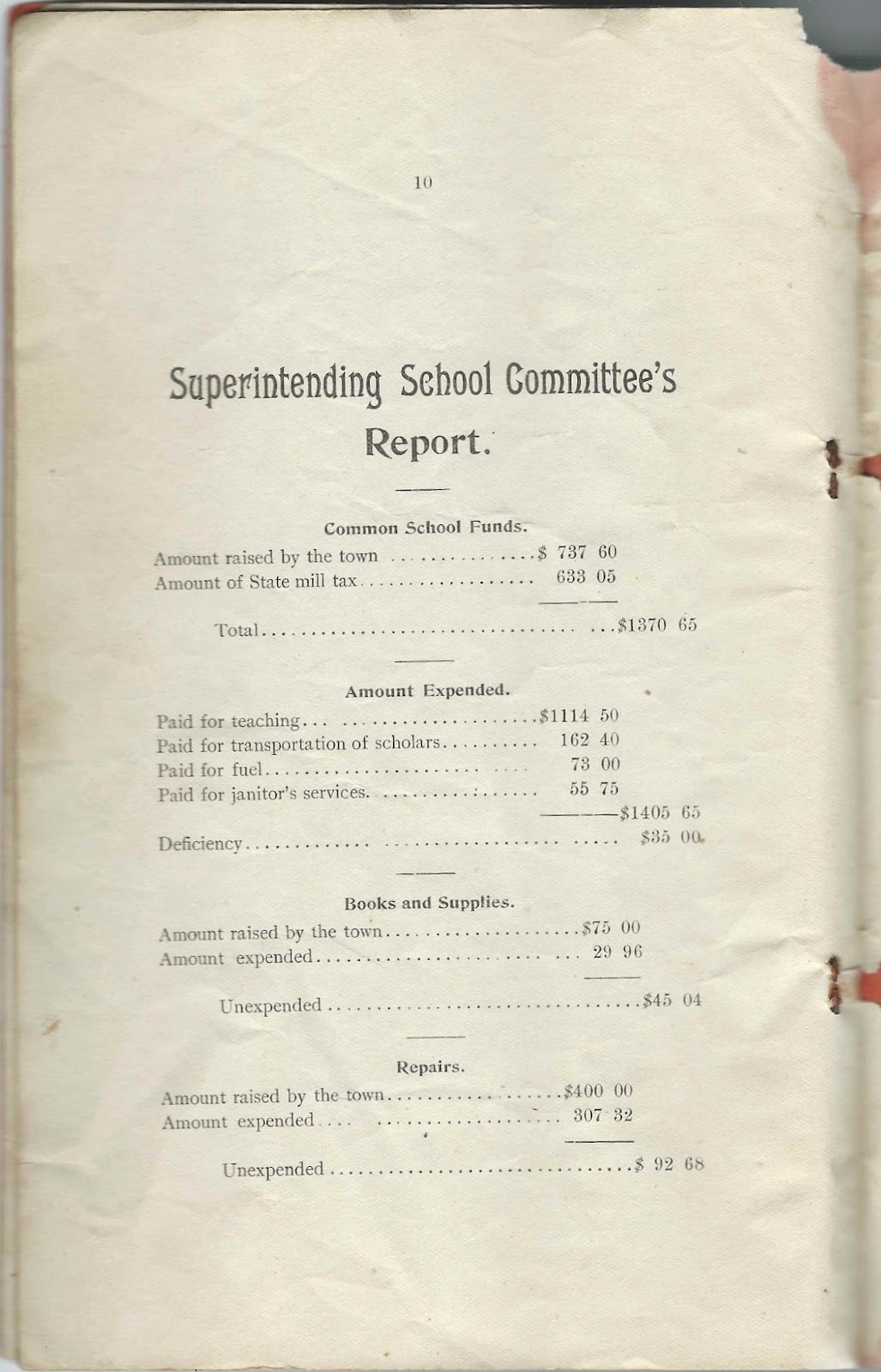 Posted by Pam Beveridge at 7:48 AM