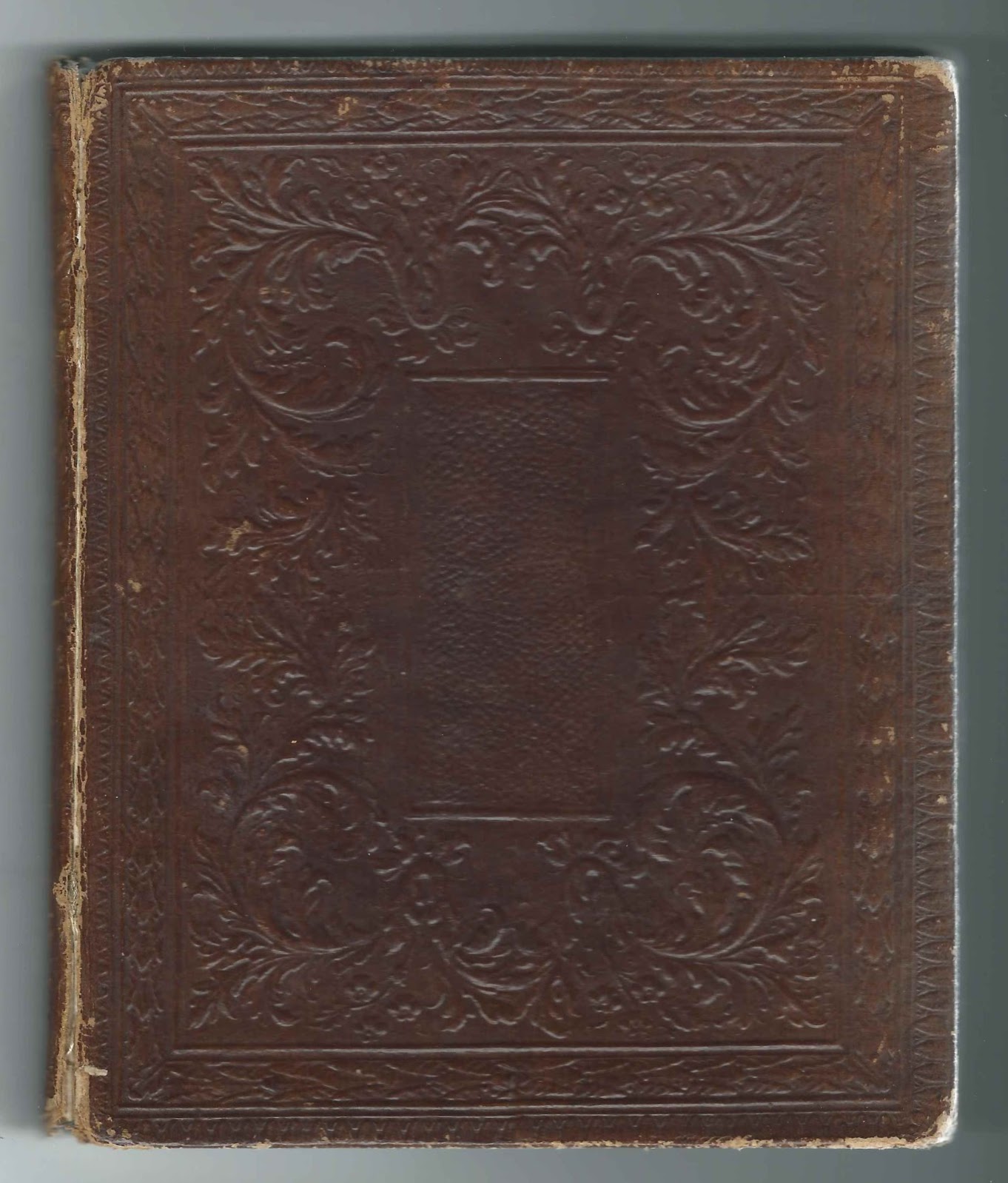 Note of March 23, 2015: A reader (see comments section) has a theory that Elmira was Elmira Jacobs, who would marry Jeremiah Olney; they are buried at West Thompson Cemetery in Thompson, Connecticut.  Elmira died young, age 36, on March 31, 1857.  Her stone indicates that her infant son Charles E. Olney died March 3, 1844, so it would appear that Elmira married Jeremiah shortly after the era of her autograph album.

Circa 1838-1840 autograph album that belonged to an Elmira.  The only clue in the album is that one of the 7 inscribers gave a residence of Thompson, but did not specify the state.  The surnames appear in the Thompson, Connecticut, area, but they're fairly common surnames that could appear anywhere. 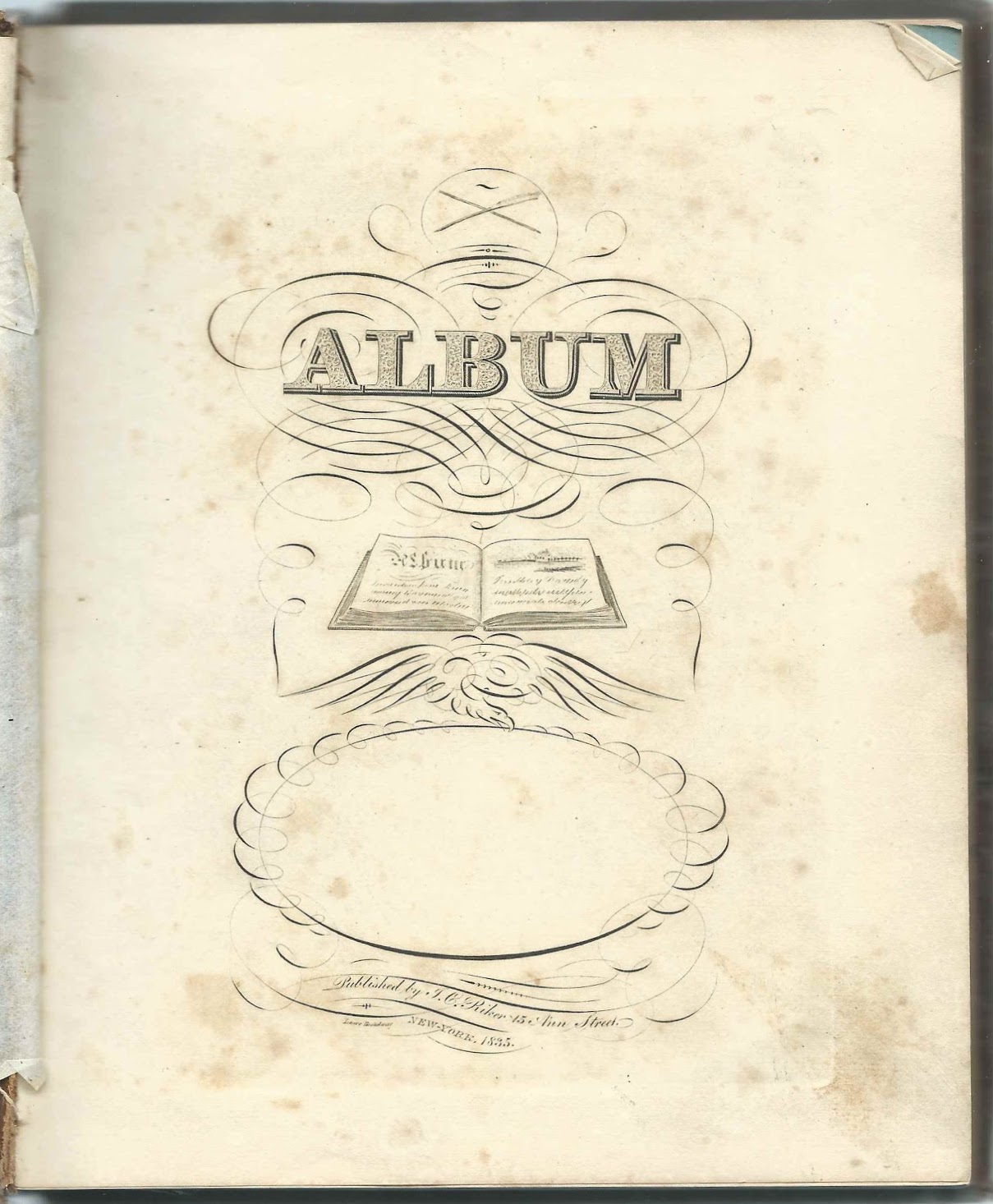 The album, published by J. C. Riker of 15 Ann Street, New York, New York, measures approximately 7-3/4" 6-1/4" and contains 5 engravings, in addition to the title page, and the sentiments of 7 people.  An alphabetical list of the inscribers appears at the end of this post. 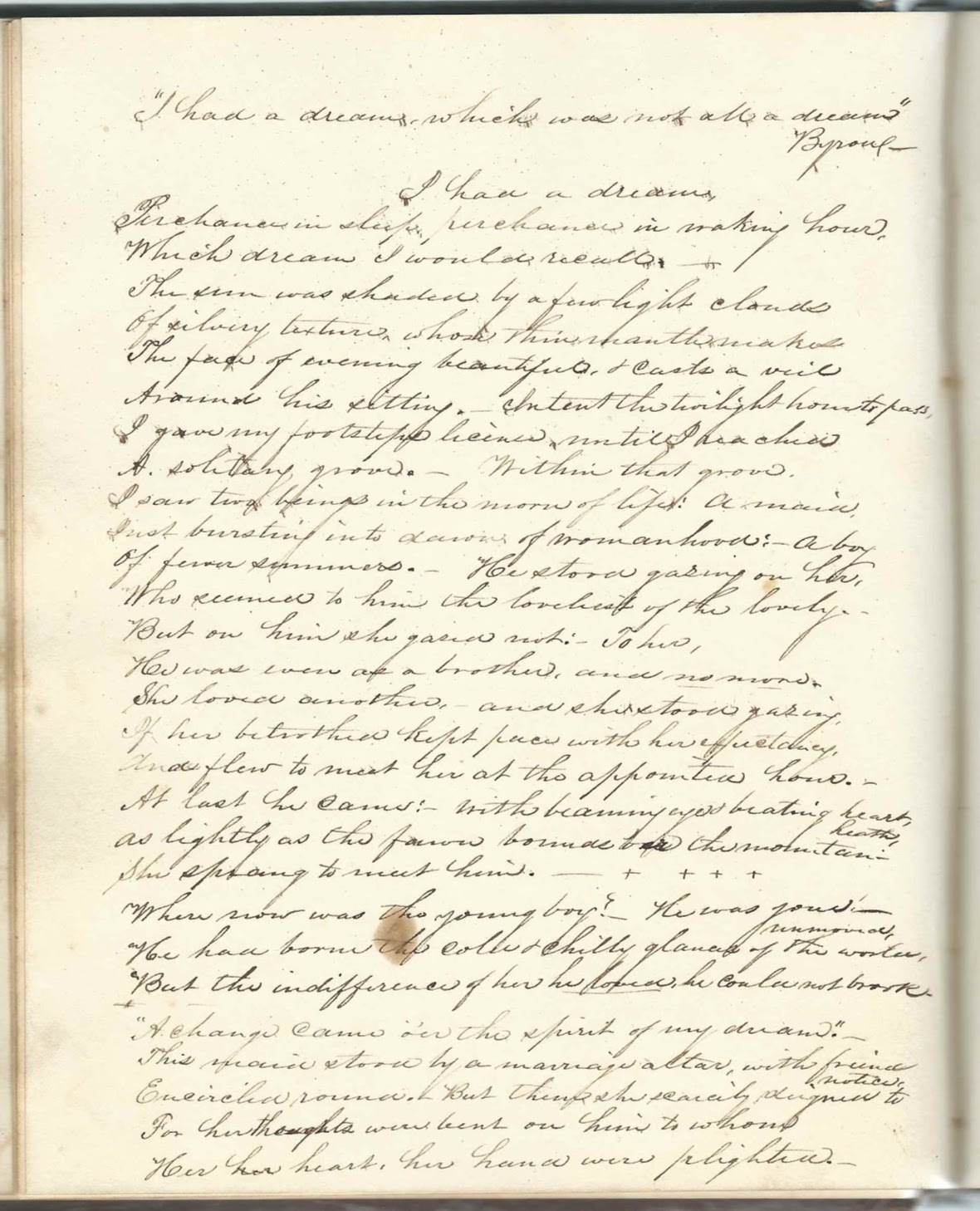 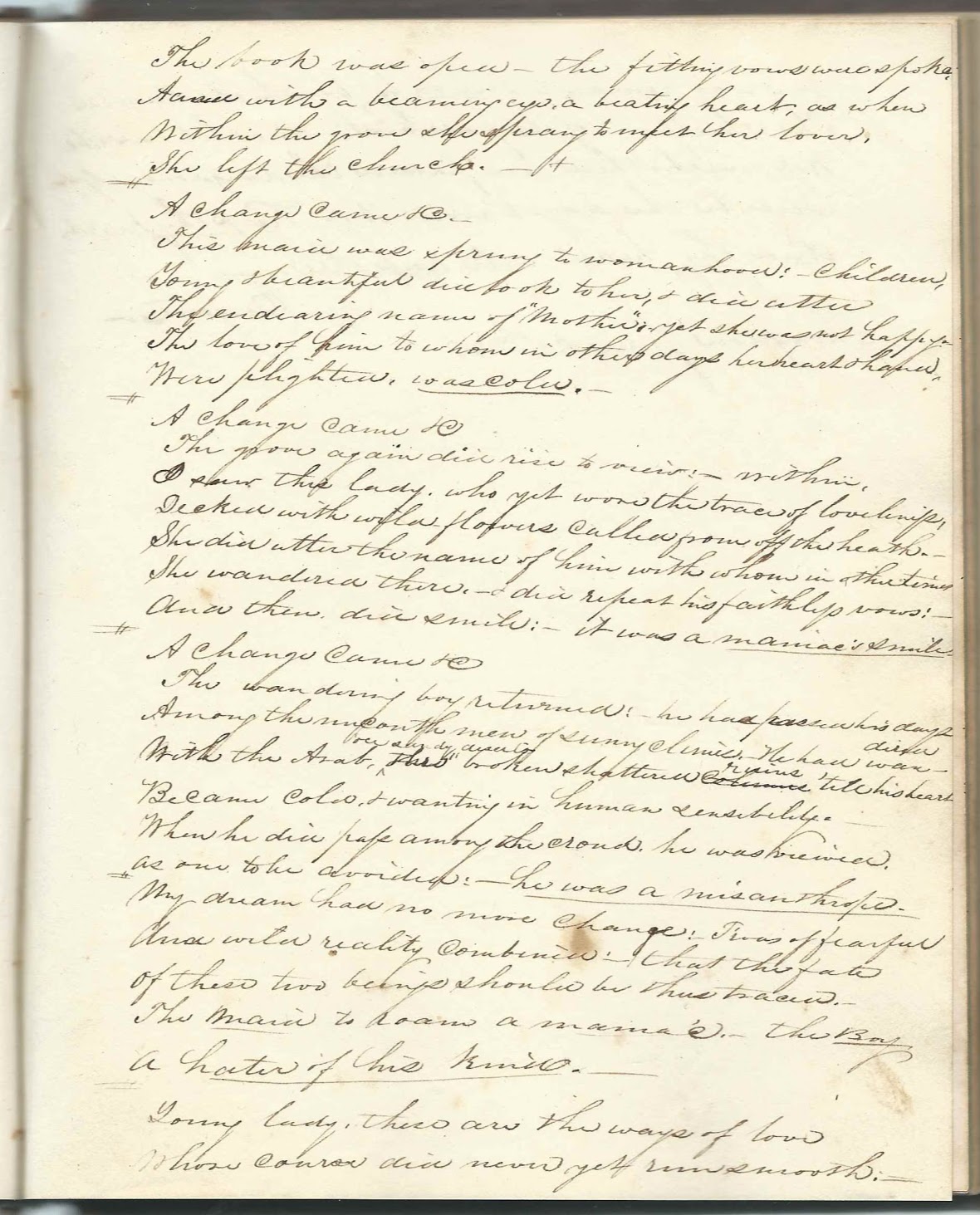 Eugene, inscribed a three-page sentiment on June 30, 1838 and gave his address as Thompson. 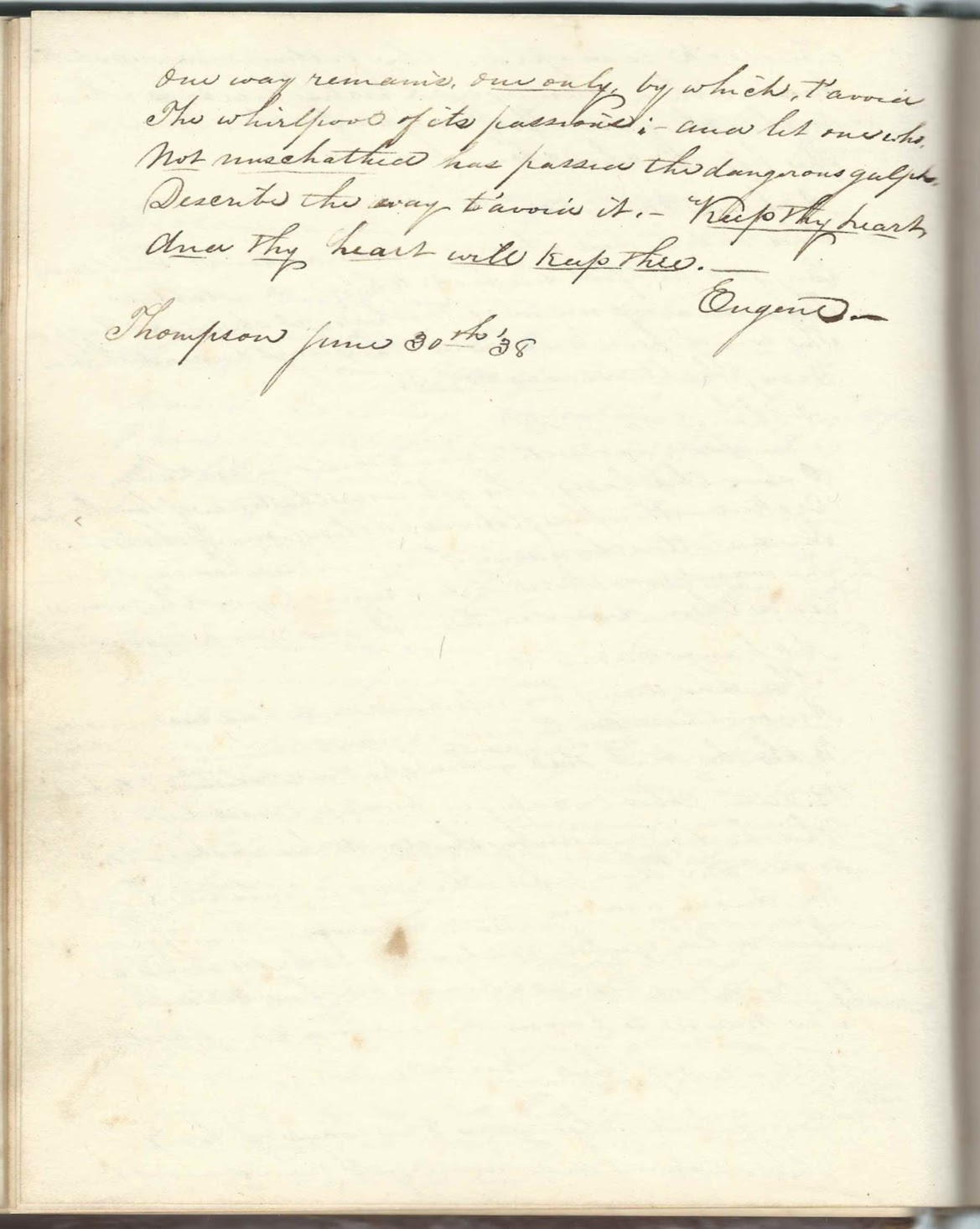 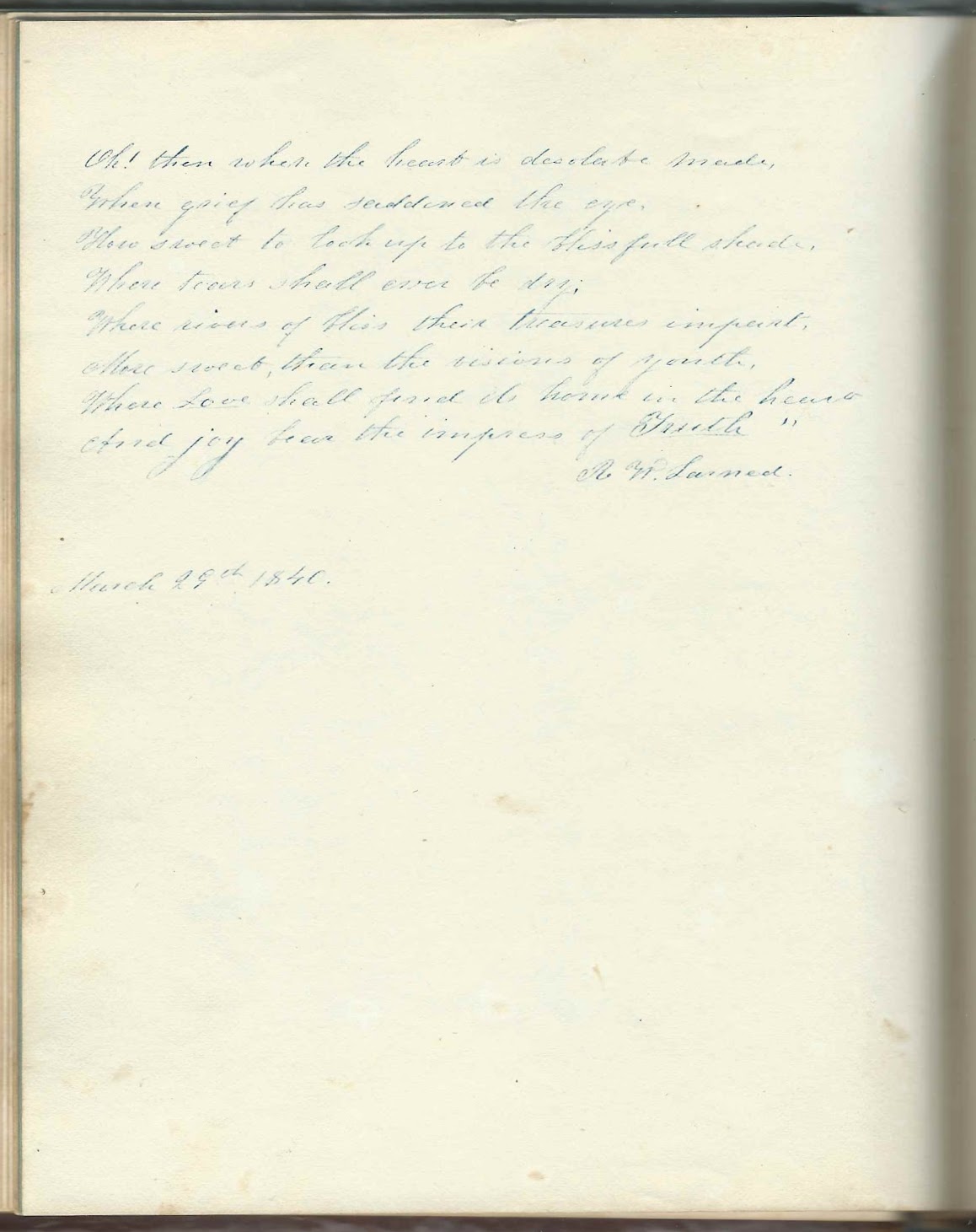 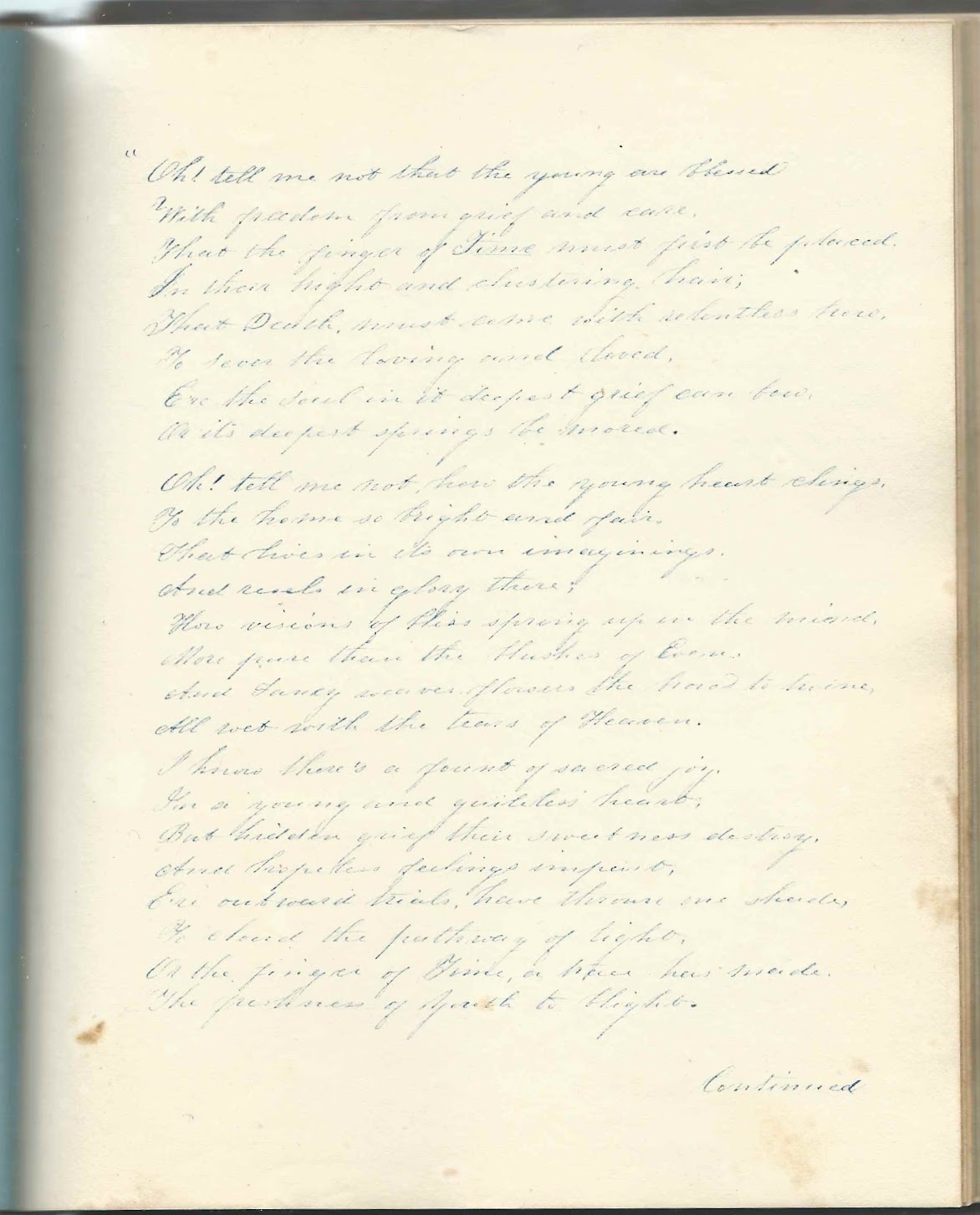 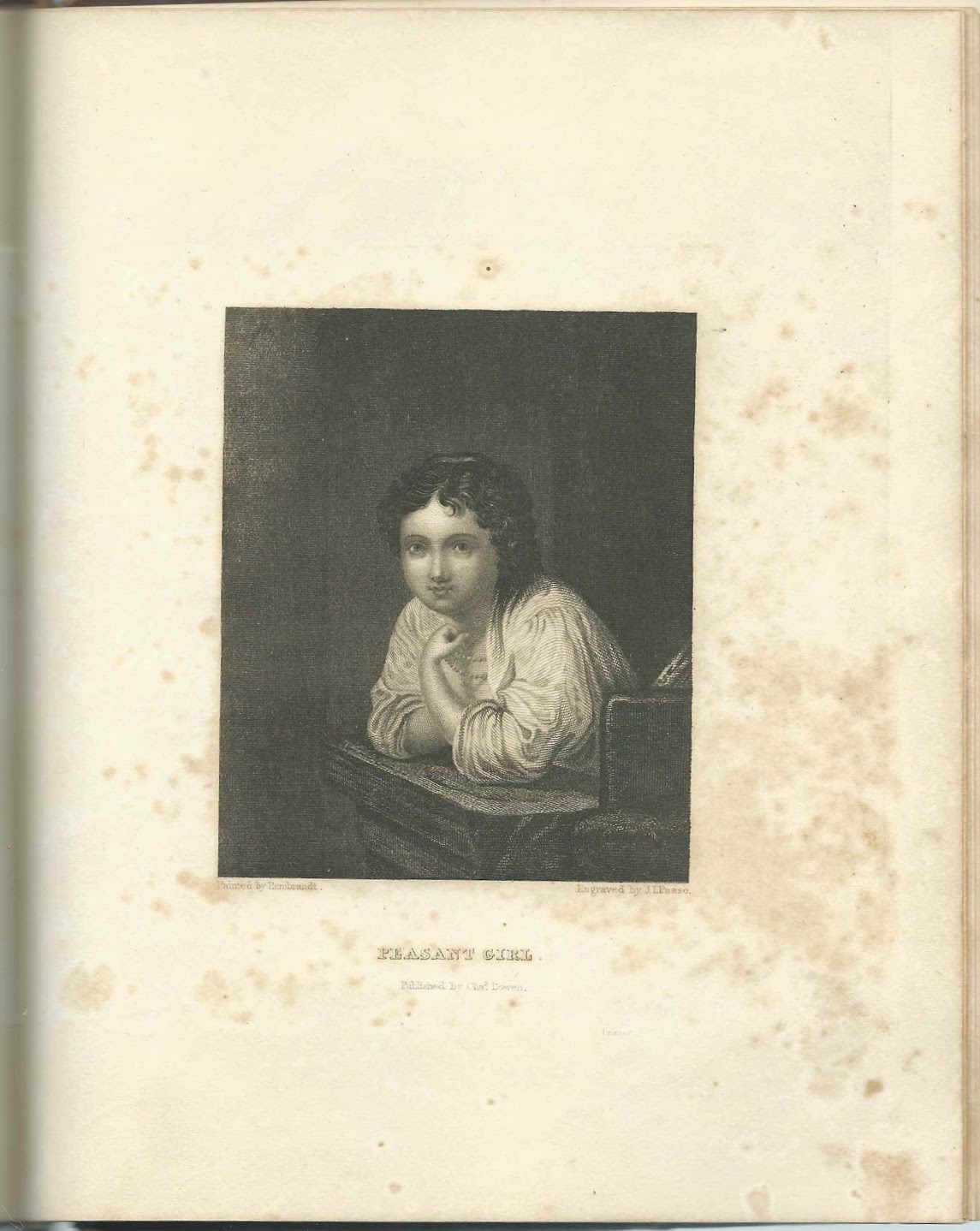 Posted by Pam Beveridge at 4:27 PM