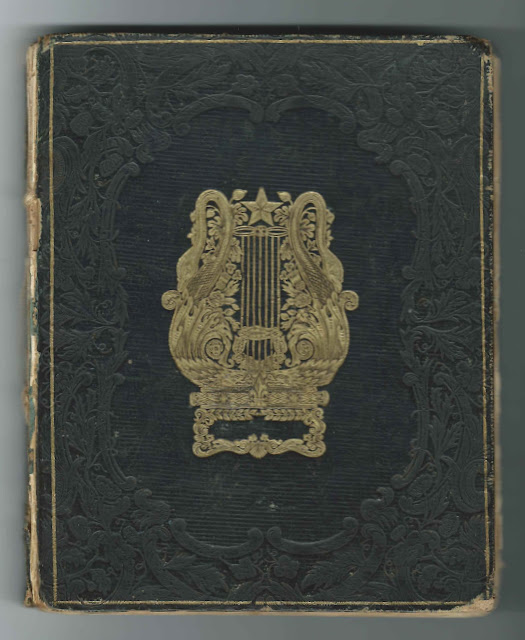 1840-1877 autograph album of Sarah Ann Cross of Somerton, Virginia, which is now Suffolk, Virginia, with inscribers from Virginia and North Carolina.  Pages were dedicated to Sarah and her nicknames: "Sallie" and "S'lan".  Common surnames among the inscribers:  Brinkley, Cross, Edwards, Ivey and Smith.  Sadly, many inscribers left only given names or initials. 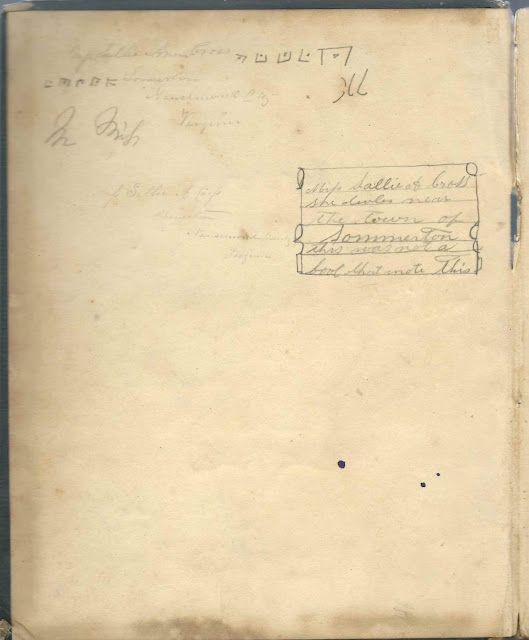 The album was presented to her in 1840 by her brother William H. Cross, whose middle name I found as either Hurley or Hardy. 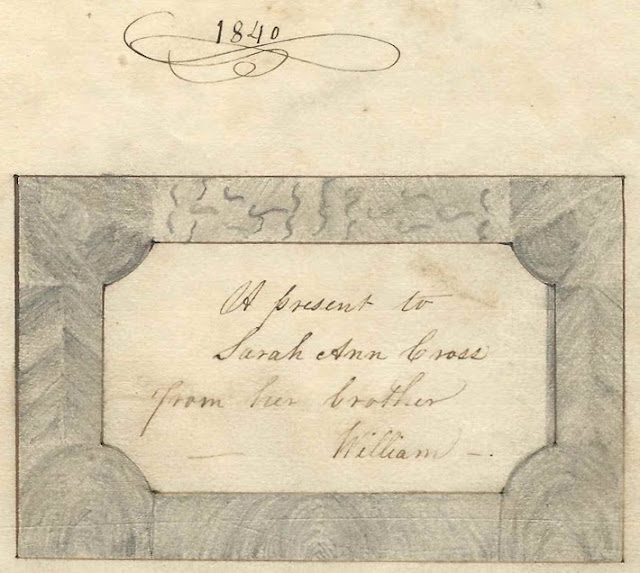 The album measures approximately 7-1/2" by 6" and contains the sentiments of 80 or more of Sarah's relatives, including many cousins, and friends, a few of may have inscribed more than one page.  An alphabetical surname list and an alphabetical list of the signers, together with any personal information they offered, appear at the end of this post.  As noted above, many inscribers had to be assigned to the "unknown surname" category.

Tucked in the album are three scraps: 1) a photograph of missionary Ann Hasseltine Judson, wife of Adoniram Judson; 2) a long clipping containing the transcript of a letter from General Taylor, presumably Zachary Taylor; and a newspaper clipping that mentions the dental services of M. F. Daughtrey, who I believe to have been a relative or in-law of the Cross family. The album was published by J. C. Riker of New York and contains several hand-colored engravings interspersed throughout.   Although the album is in groups of unbound sections, and some pages may be lost, only the title page suffered appears to have suffered water damage. 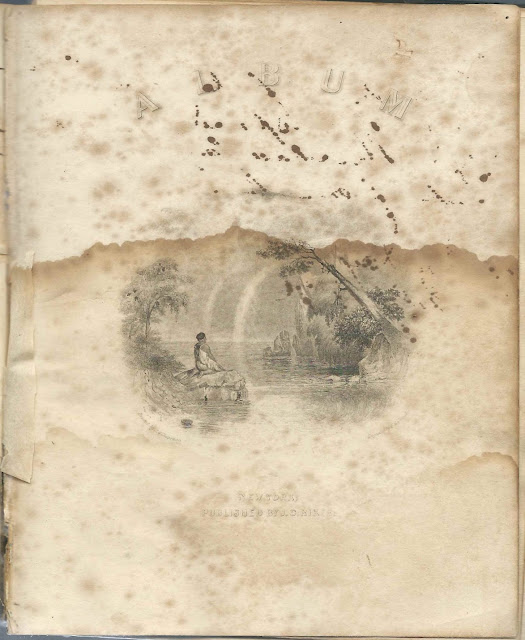 Sarah Ann Cross was born March 31, 1819 in Nansemond County, Virginia, the daughter of Samuel and Elizabeth (Copeland) Cross.  Other than brother William, Sarah had two siblings, James Augustus Hardy Cross and Mary Elizabeth Cross.  There were several inscribers named Mary, and there was one whose name appeared to be Mrs. James A. Cross.   A reader familiar with the family history of Nansemond County, however, may be able to identify more family members and will hopefully leave a comment.

On February 17, 1868, Sarah became the second wife of Jesse Eason, son of Solomon and Avis (Riddick) Eason.  Jesse had had five children with his previous wife Mary (Riddick) Eason, whose death date I haven't yet found.  One page in the album was inscribed by a J. R. Eason, whom I believe to be Jesse's son Joseph Riddick Eason. 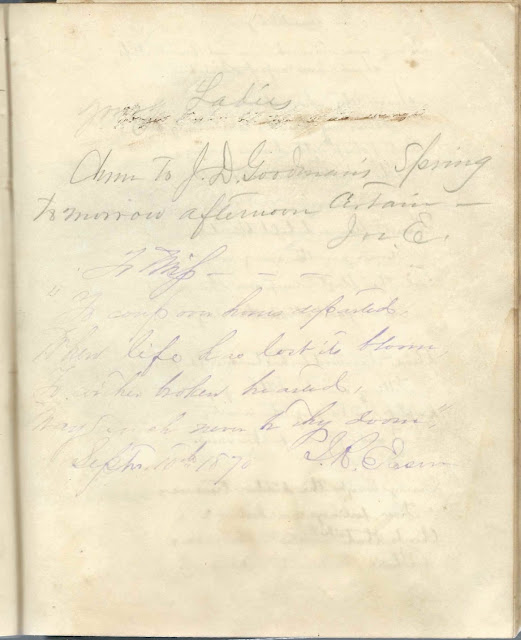 Jesse died in 1885 and Sarah in 1889.  If you have corrections and/or additions to the information above, or information on any of the inscribers listed below, please leave a comment or contact me directly. 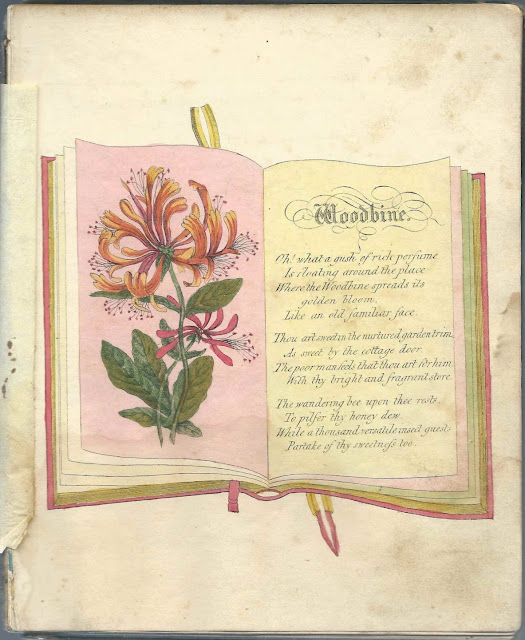 Posted by Pam Beveridge at 8:45 AM