Two autograph albums commenced in 1885 by owner Edith W. Bryant of Princeton, Illinois.  The cover of the larger album, which measures approximately 7-3/4" by 5", is shown above.  It was given to Edith at Christmas in 1885 by Harry, presumably her brother Harry G. Bryant, who also inscribed a page in the album, toward the end. 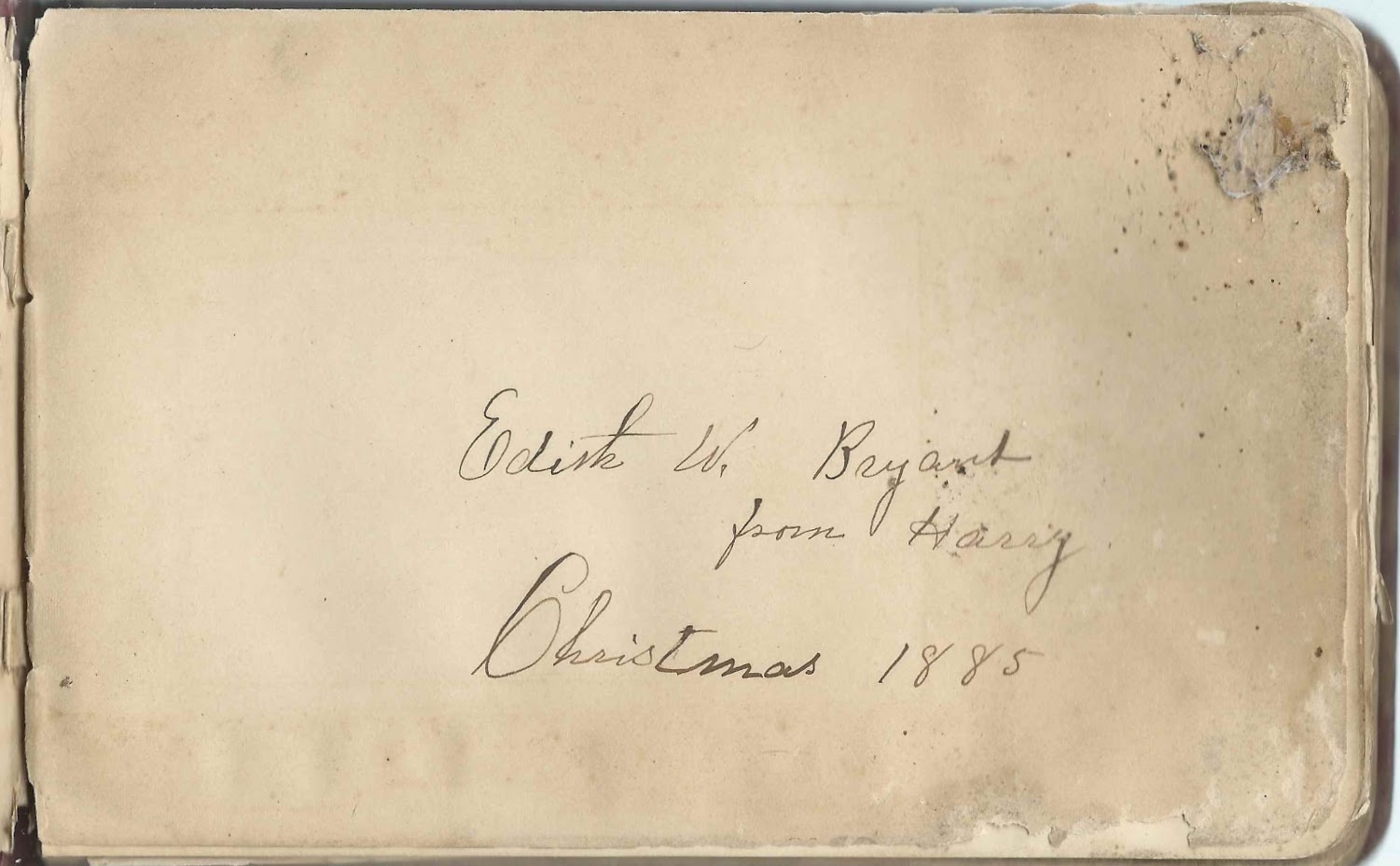 The smaller album, which measures approximately 5" by 2-3/4", was tucked inside the larger album; it may be missing its front cover and perhaps a page or more.  The first page shown is the ownership page. 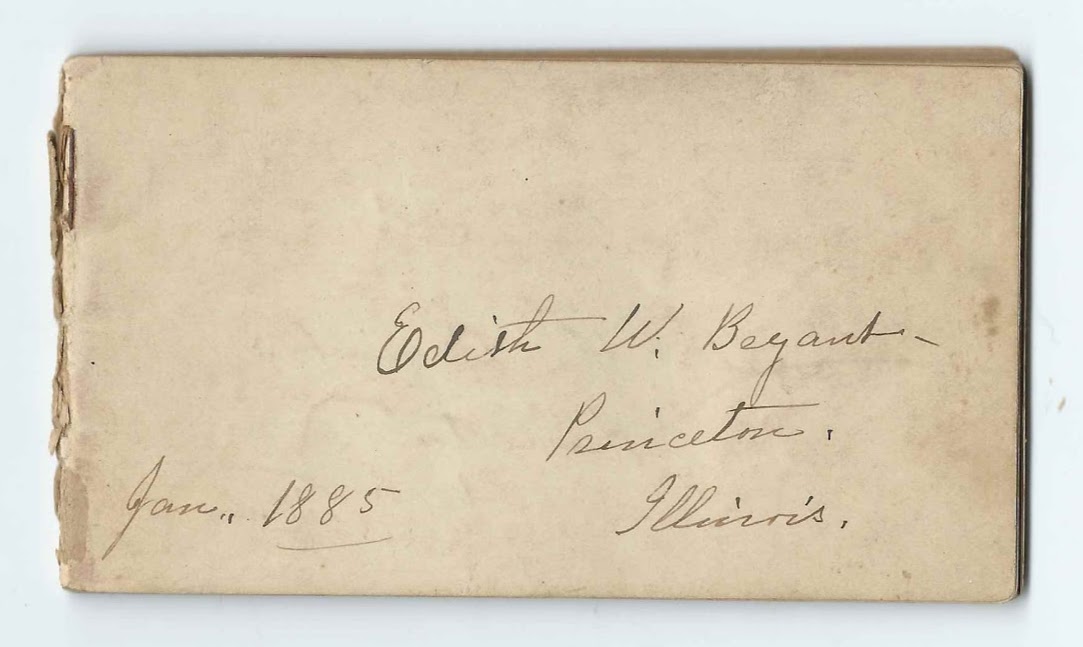 The albums contain the sentiments of Edith's relatives, friends and schoolmates: the larger album with 37 pages of sentiments and the smaller with 19.

Edith W. Bryant was born December 1, 1878 at Princeton, Illinois, the daughter of Arthur and Elizabeth (Hughes) Bryant, and the youngest of 9 siblings, some of whom inscribed pages in one or both of the albums. Facing pages in the smaller album were inscribed by Edith's parents.

The next page in that album was inscribed by C. B. Hughes, who was possibly Edith's maternal grandmother Cassandra B. (Jones) Hughes.

Siblings who inscribed pages in one or both albums:

Other relatives, either by blood or marriage, who indicated a relationship, and there were likely others who did not:
Not long after 1900, Edith W. Bryant married Curtis Dunbar Brigham, son of Joseph Hardy Brigham and Carrie (Dunbar) Brigham.  They lived for a time in Kansas, where Curtis worked in real estate and life insurance and then returned to farm in Illinois.  I believe they had four children: first, two sons, and then, two daughters.

Edith died in 1939, and Curtis in 1949.  If you have corrections and/or additions to the information above, or information on any of the inscribers in both albums listed below, please leave a comment or contact me directly.

Surnames in the Larger Album

Surnames in the Smaller Album

Inscribers in the Smaller Album
B
C
D
H
S

Posted by Pam Beveridge at 4:47 PM