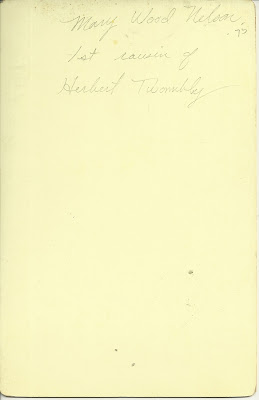 And the photograph of Mary's son Llewellyn Nelson, when a baby: 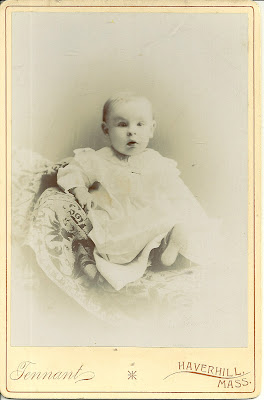 And the reverse of his photograph, the text of which reads: Llewellyn Nelson, son of Mary Wood Nelson: 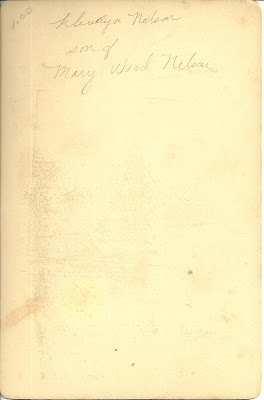 I don't have a photograph of the Herbert Twombly mentioned as the first cousin of Mary (Wood) Nelson, but I do have a picture of Herbert's mother, Helen Parker (Goss) Twombly who was a sister to Mary's mother, Laura Ann (Goss) Nelson.  Click on Helen's name to see her photograph.

Mary H. (Wood) and George L. Nelson had, I believe, at least five children, the oldest of which was Llewellyn, pictured above.  Llewellyn Nelson was 4 March 1894 in Massachusetts, and married
Mildred, whose surname and parents I don't yet have.  They had at least two sons.

If you have any corrections, additions or insights regarding the information provided above, please leave a comment or contact me directly.

Posted by Pam Beveridge at 3:24 PM