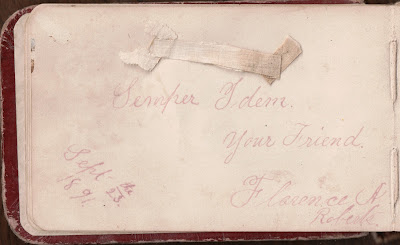 Above is the page signed by Florence A. Roberts on 23 September 1891 in the autograph book of Bertha Clements of Waldo Center, Maine.   Interestingly, Florence later married another of the signers, Isaac G. Sanborn, discussed in a previous post; his page is below. 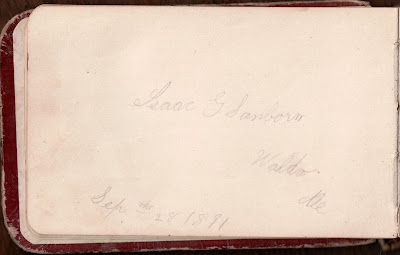 
Harriet A. Dingee was born about 1840, possibly the daughter of James Blizzard Dingee and his wife Eliza Jane Currier.  James and Eliza were born in New Brunswick, Canada, but they are enumerated in the 1860 Census of Calais, Maine, just over the St. Croix River from New Brunswick.  I found an interesting reference online that Gilman's second wife came from Calais, Maine.


Harriet is not listed with the James Dingee family in Calais in 1860; she had married Gilman Roberts in March of that year.  Going back earlier, however, I can find a Harriet in the family.   If my information is correct, James Blizzard Dingee's grandfather was a Loyalist from New York.  James' father was born in 1784, during a time when conditions were very difficult for many of the new settlers.


If you have information on the parents of Harriet A. Dingee, I'd appreciate hearing from you.  This Harriet had a brother James Henry Dingee, who named one of his children Ada, which, though not proof positive, is reassuring.


Florence Ada Roberts married Isaac G. Sanborn on 12 June 1897.  They raised their family of at least six children in Waldo, Maine.   As noted above, you can read about the parents and grandparents of Isaac G. Sanborn in a previous post.


Here are scans of the autograph book cover and Bertha Clements' page. 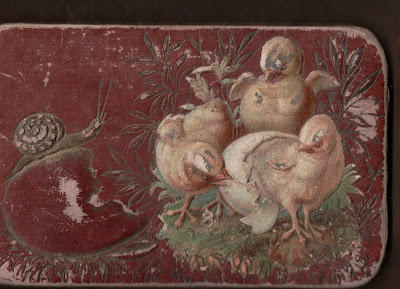 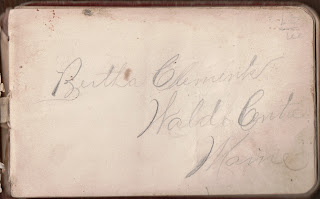 
A map of Waldo, Maine.  Most of the signers in Bertha's autograph book lived in Waldo or fairly close by.

Posted by Pam Beveridge at 9:53 AM