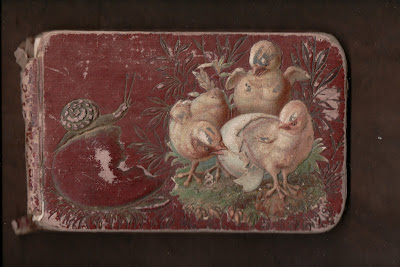 Small autograph album, approximately 5"x3", that was owned by Bertha Clements of Waldo Center, Maine.  It's in rather fragile condition but the binding is still holding.

This is the kind of project I've always put on the back burner because scanning/photographing would have been time consuming and possibly damaging to the item.  I'm glad to report, though, that the new Flip-Pal scanner handled the job with ease in the "flip" orientation, where the lightweight scanner rests upon the page and scans from above.  For items over 4" x 6", there's an easy stitching program, but I didn't have to use that for these 5"x3" pages.

I've included some of the scans below.  As I have time, I'll research the genealogy and family history of the signers for future posts.

From online research into the family of Bertha Clements, hopefully correct:

If you have any corrections, additions or insights regarding the information on Bertha's family or any of the others signers, please leave a comment in the comments box or contact me directly.  Thanks! 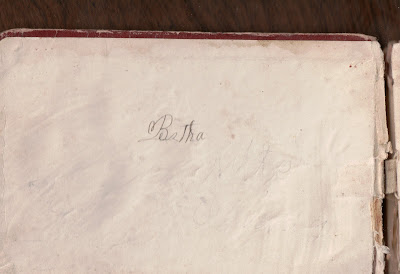 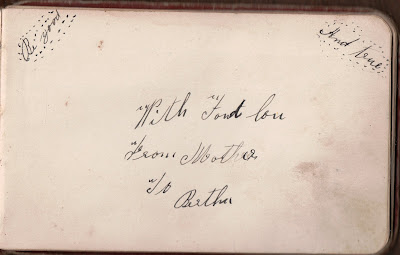 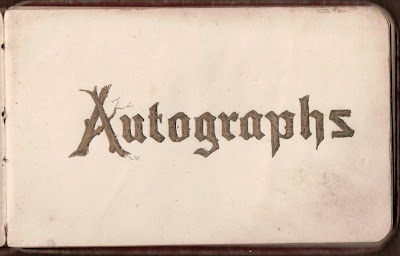 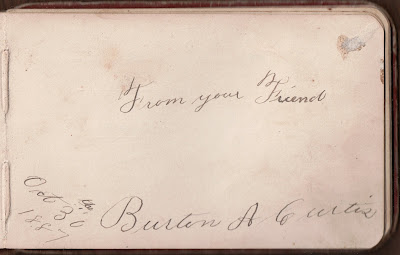 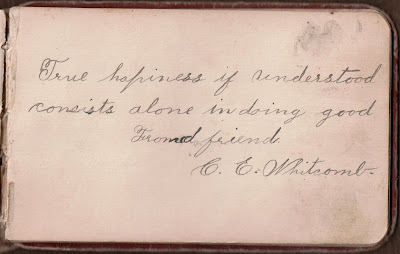 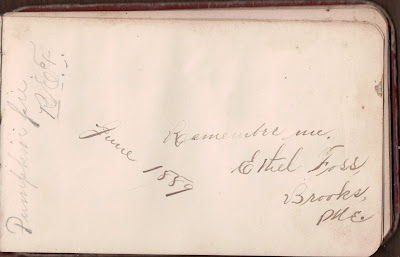 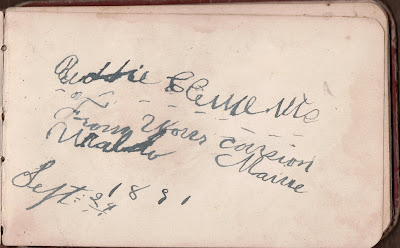 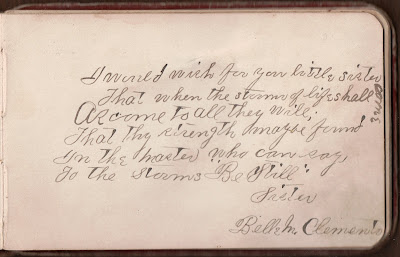 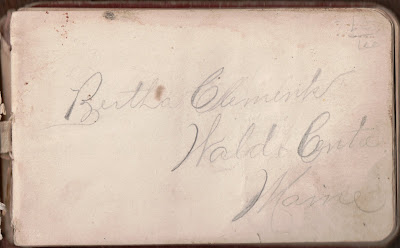 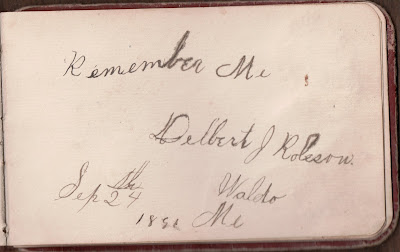 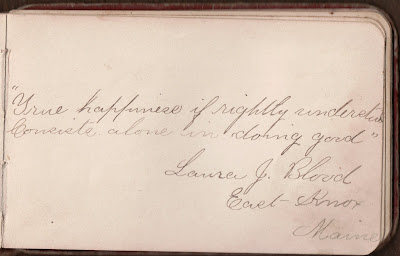 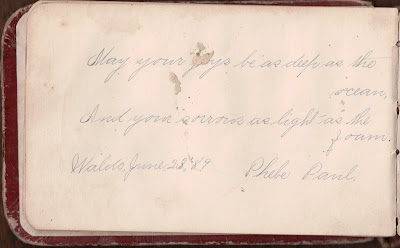 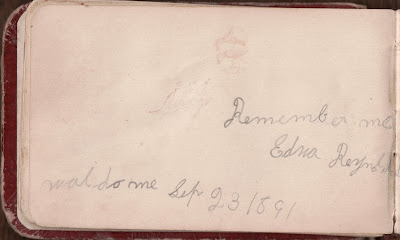 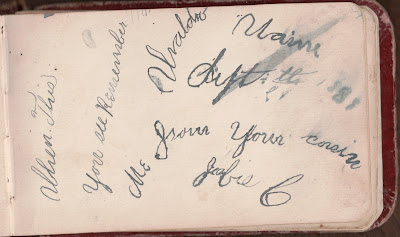 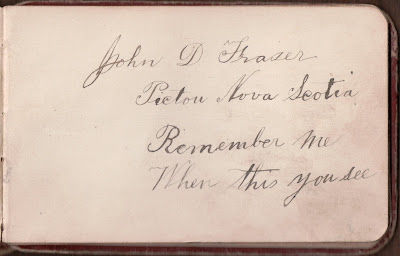 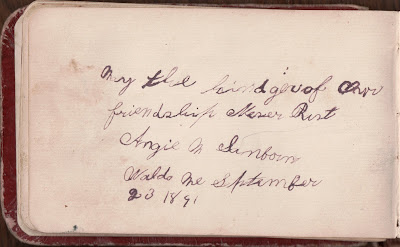 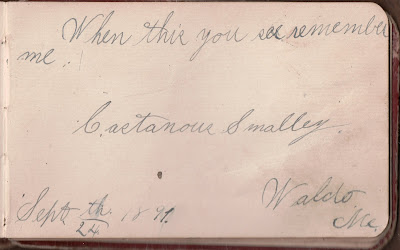 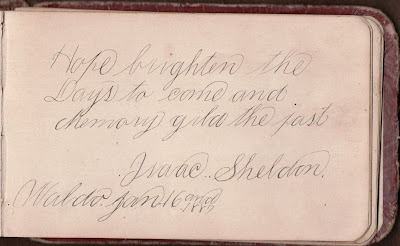 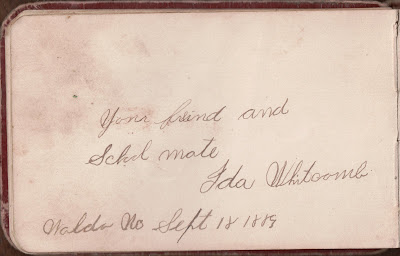 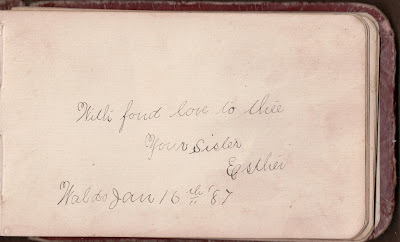 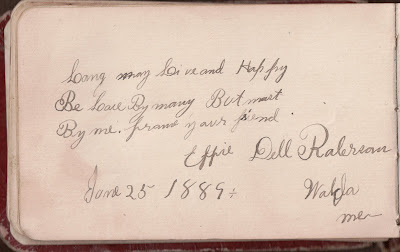 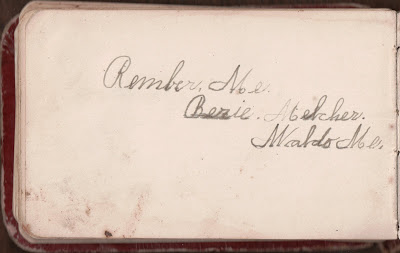 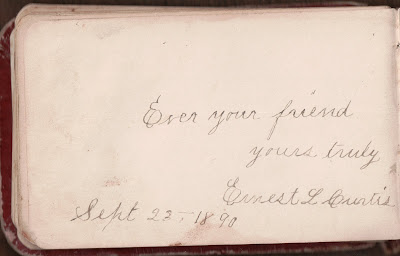 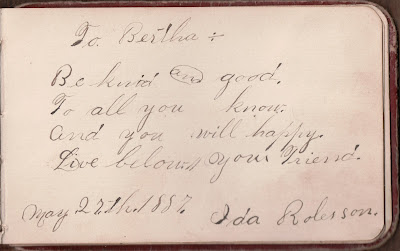 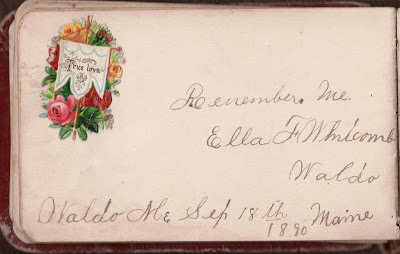 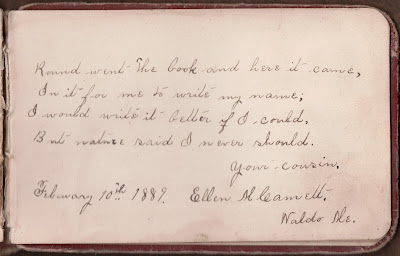 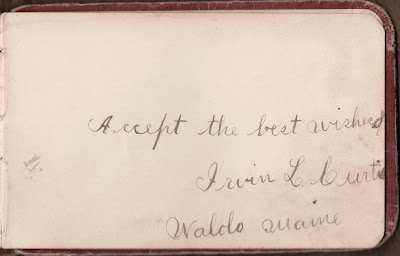 A map of Waldo, Maine: