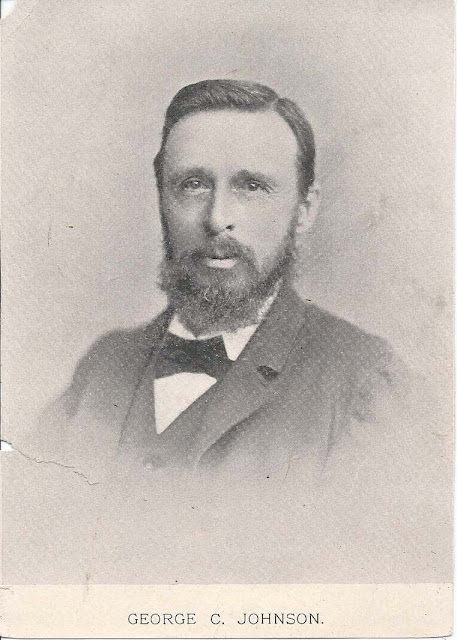 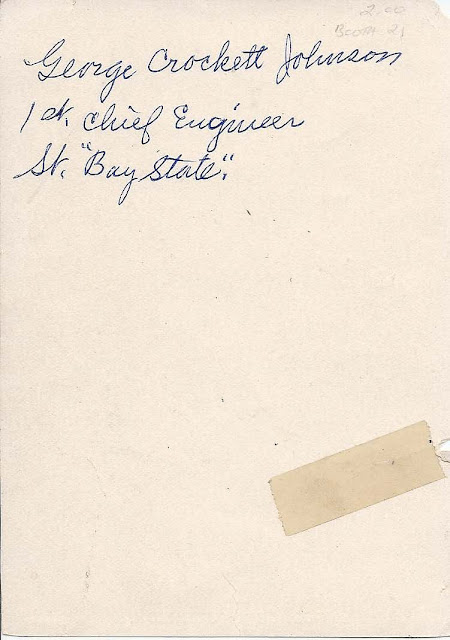 The Steamer "Bay State" ran between Portland, Maine, and Boston, Massachusetts and was wrecked on 23 September 1916 on the rocks of High Head, Cape Elizabeth, Maine, in heavy fog as it neared Portland, Maine; thankfully all aboard were rescued.  George Crockett Johnson had passed away by that time, in 1912, or I imagine it would have been a terrible shock for him.

See images of the "Bay State", before and after the grounding, at the Maine Memory Network.

For more information on the seafaring careers of George and his father Ebenezer Johnson, click here to read a biography of George Crockett Johnson published in George's lifetime in 1896 in the Biographical Review for Cumberland County, Maine.

If you have corrections and/or additions to the information above, please leave a comment or contact me directly.  I'd especially like to know more about George's mother Ann.