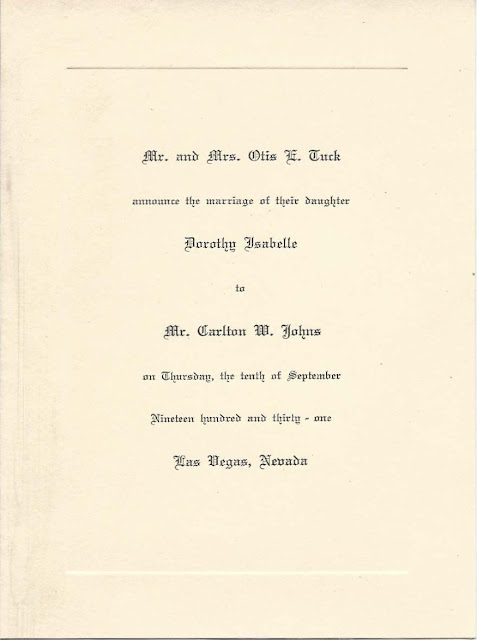 The invitation was enclosed in an envelope addressed to Mr. and Mrs. Clifton P. Henderson and family. Their address is not given, but research shows that they lived at Holden, Maine, as did Dorothy Isabelle Tuck's parents. 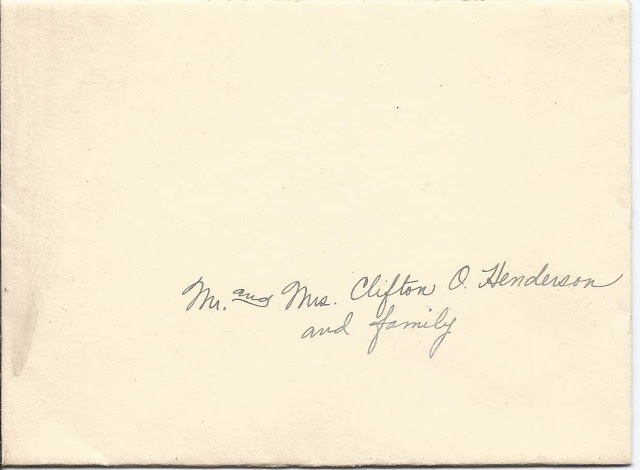 Tucked inside the invitation is a card that indicates the newlyweds would be making their home at Shoshone, Inyo County, California. 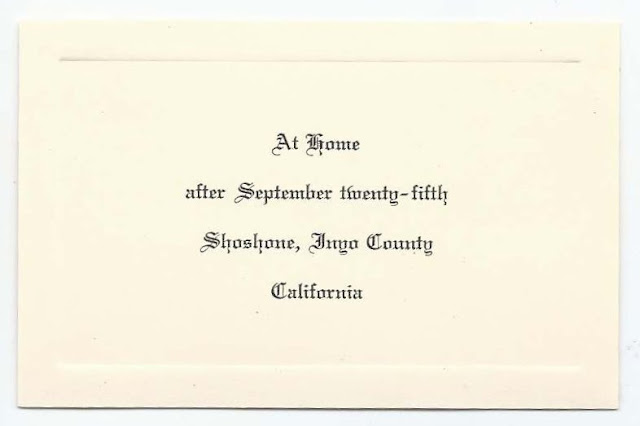 Dorothy grew up at Holden, Maine, and became a teacher. The 1930 Census finds her teaching at Inyo County, California, living not far from her future husband Carleton W. Johns, who was born in Illinois about 1889 and was working as a carpenter.

I'm not sure what happened to Carlton or to the marriage as the 1940 Census of Inyo County shows Dorothy married to Raymond Loomis. Raymond's 8 year old son Winston F. Loomis was living with the couple, as was an 8 year old boarder named Merlin Howell.   Raymond Loomis, born about 1894 in Pennsylvania, was also a teacher.  Loomis was Dorothy's surname at the time of her death at San Bernardino, California, in 1981.

If you have corrections to the information above, please leave a comment or contact me directly.   Please be careful about references to living people.