Album 2 of 2 Autograph Albums of May Ola Johnson of Ivesdale, Illinois; 1880s 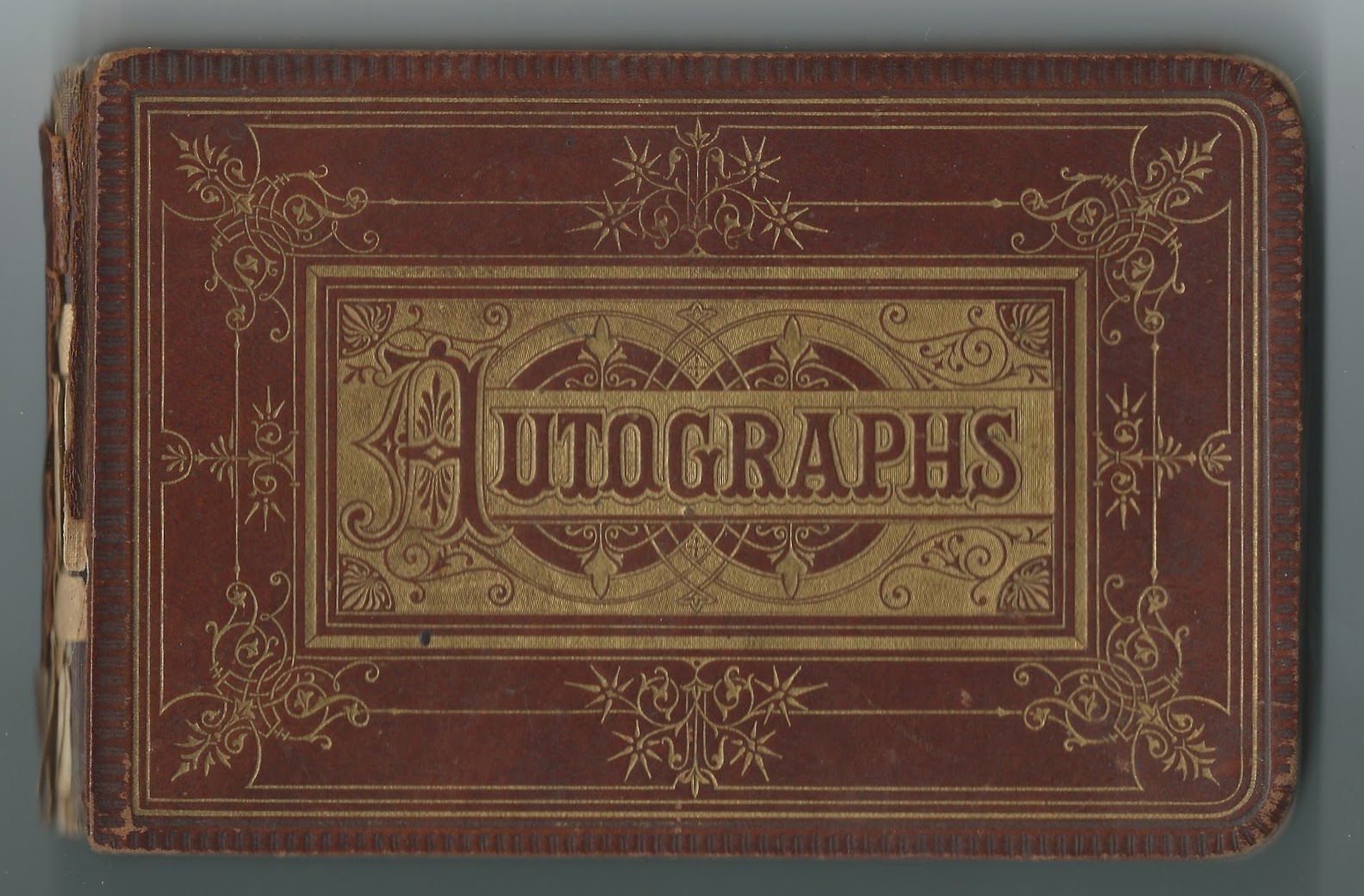 The album was presented to May by E. S. Green, presumably as a birthday present, on March 23, 1880.  I found a reference online that gives May's birthday as March 24, but it could have been March 23, or perhaps the birthday celebration was held a day earlier. 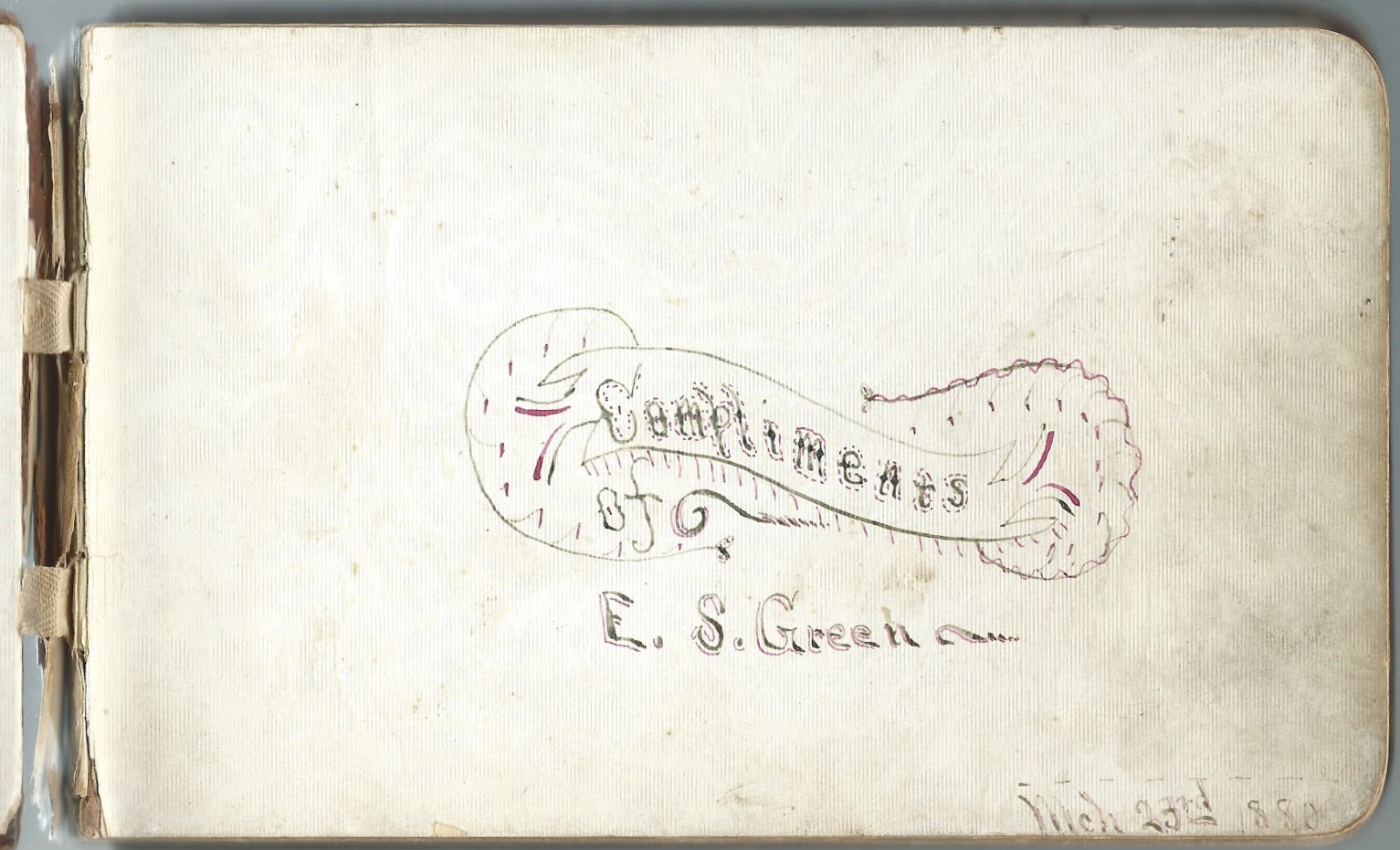 The album measures approximately 7-1/2" x 4-1/2" and contains the sentiments of about 30 of May's relatives and friends.  An alphabetical surname list and an alphabetical list of the signers, together with any personal information they offered, appear at the end of this post.  Some of them inscribed pages in the other album as well. 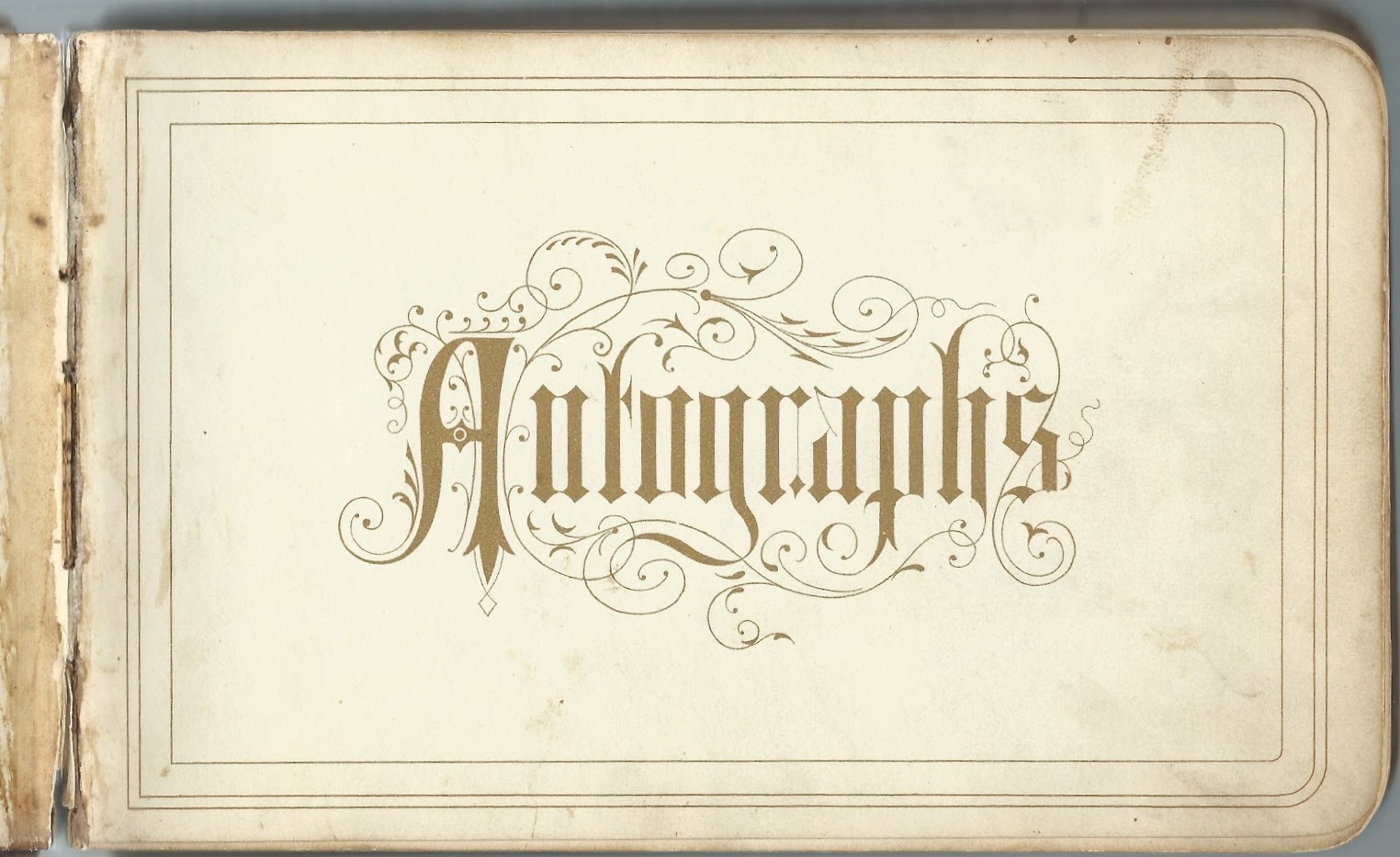 May Ola Johnson was born March 24, 1862 at Ivesdale, Illinois, the daughter of William Henry Johnson and second wife Catherine Louisa Rosenplanther, who were born in Massachusetts and Germany, respectively.

May's father, William Henry Johnson, the son of Enoch and Lydia (Purinton) Johnson, was first married to Catherine Leagle, who died in 1849 after having at least three children.  I believe it was one of these children, Adeline (Johnson) Gillman, who inscribed a page in her younger half-sister May's album on October 26, 1880 at Ivesdale, Illinois.  Her daughter Minnie, with husband James Gillman, also inscribed a page; Minnie gave her name as Gilman. 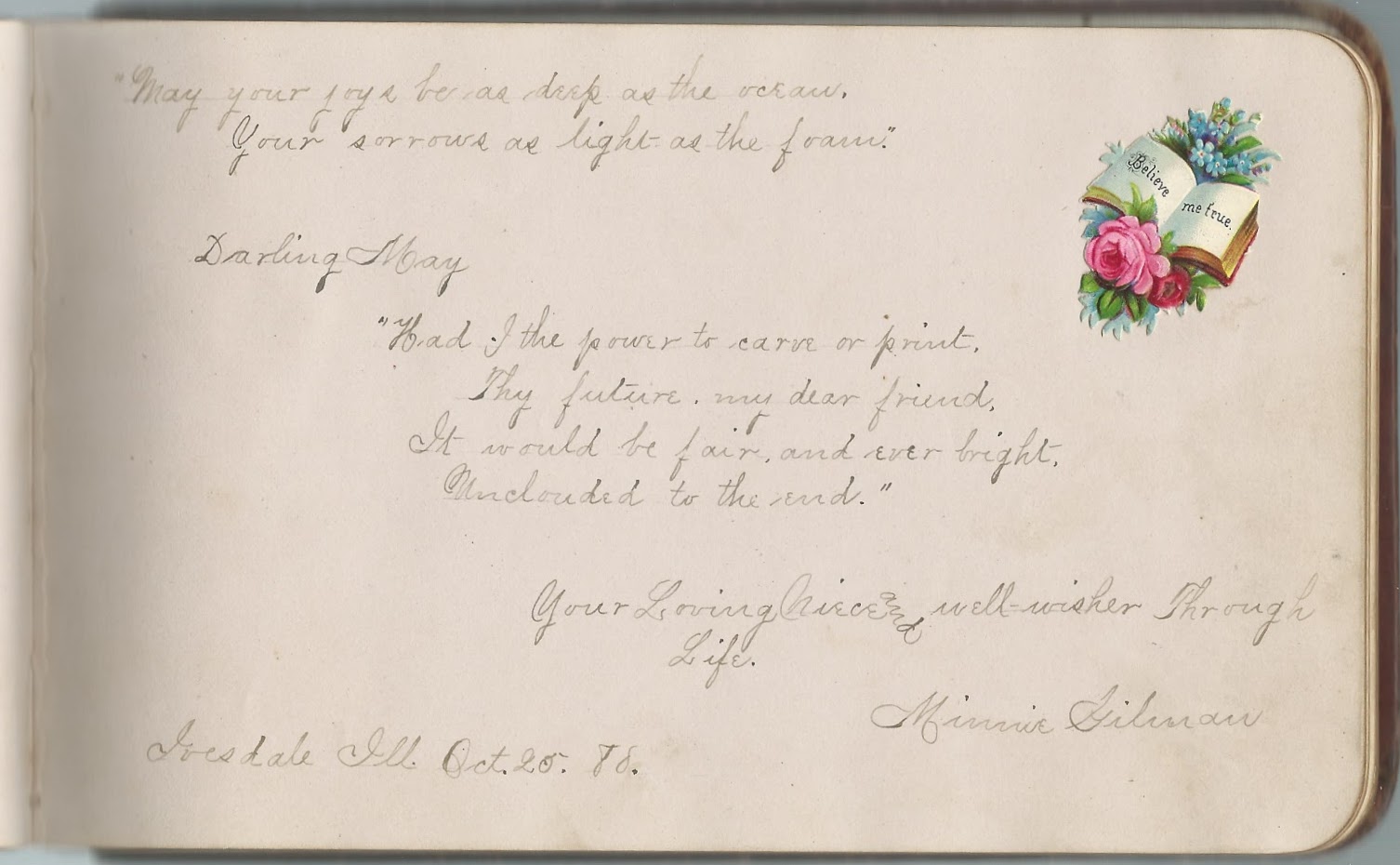 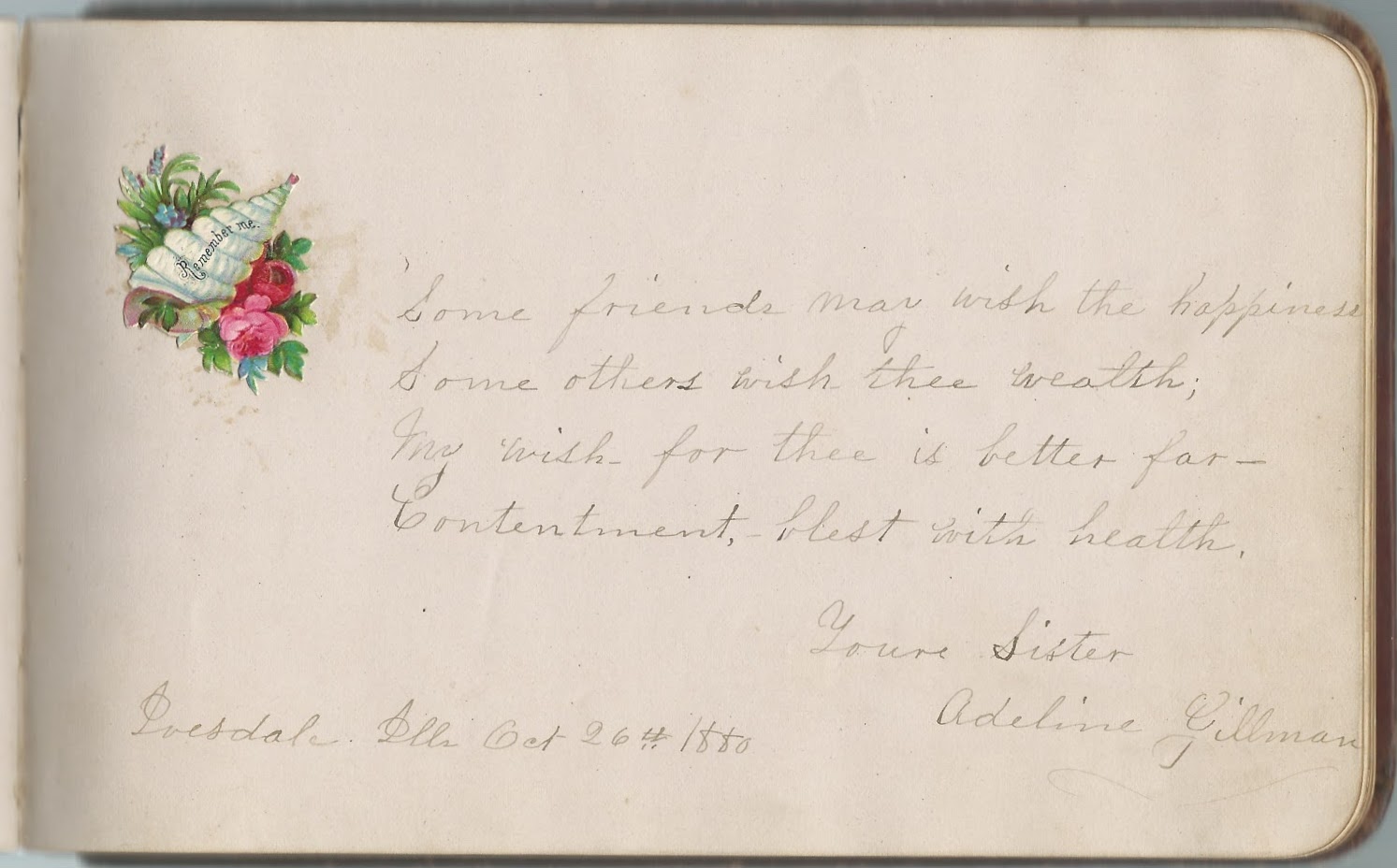 About 1891, May Ola Johnson married Andrew Stratton, son of Thomas and Margaret (Pringle) Stratton.  Andrew was born at Hamilton, Ontario, on June 30, 1855.  He inscribed several pages in the other album and two pages in this album in June and July 1882, one of which had May's name on it. 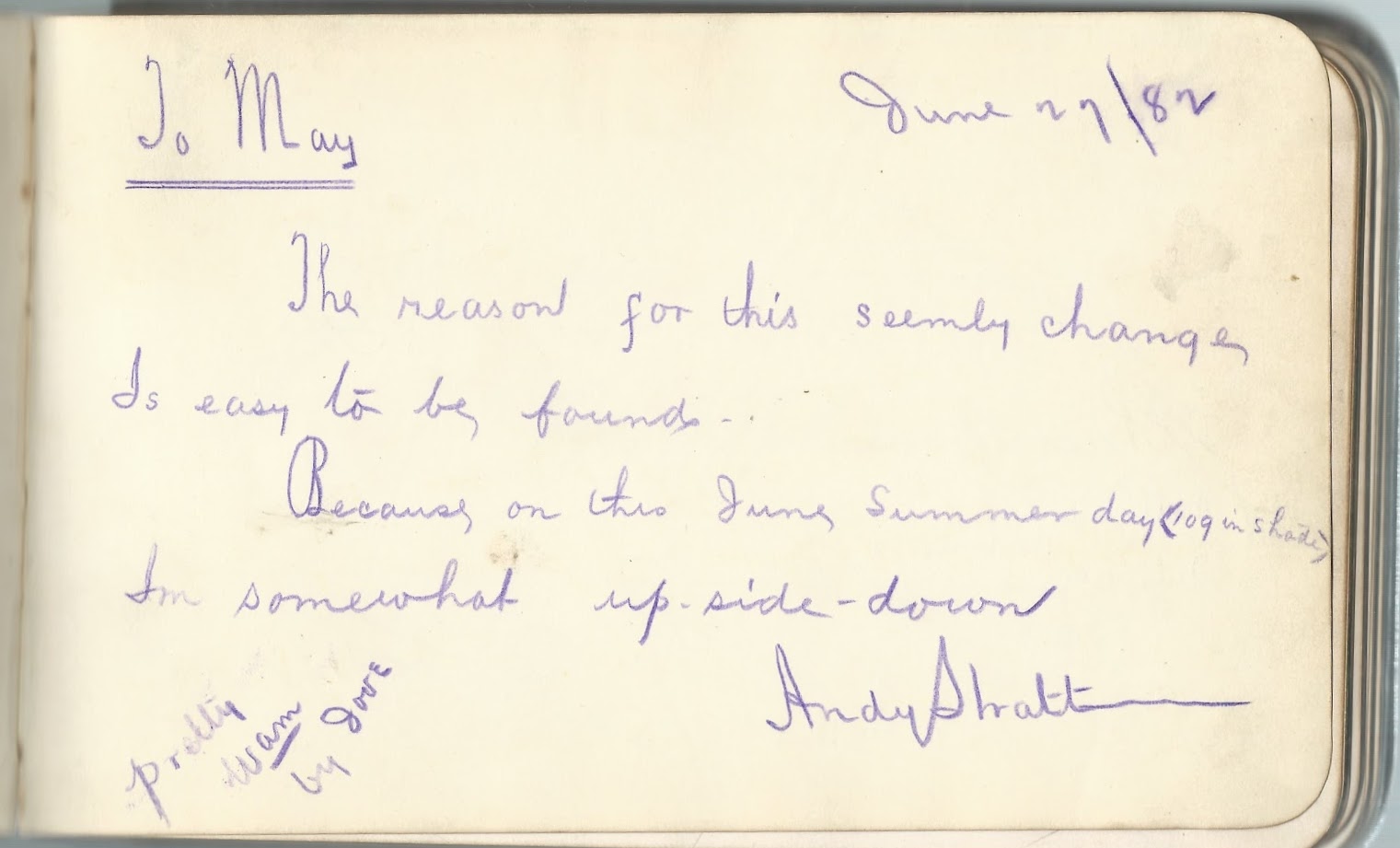 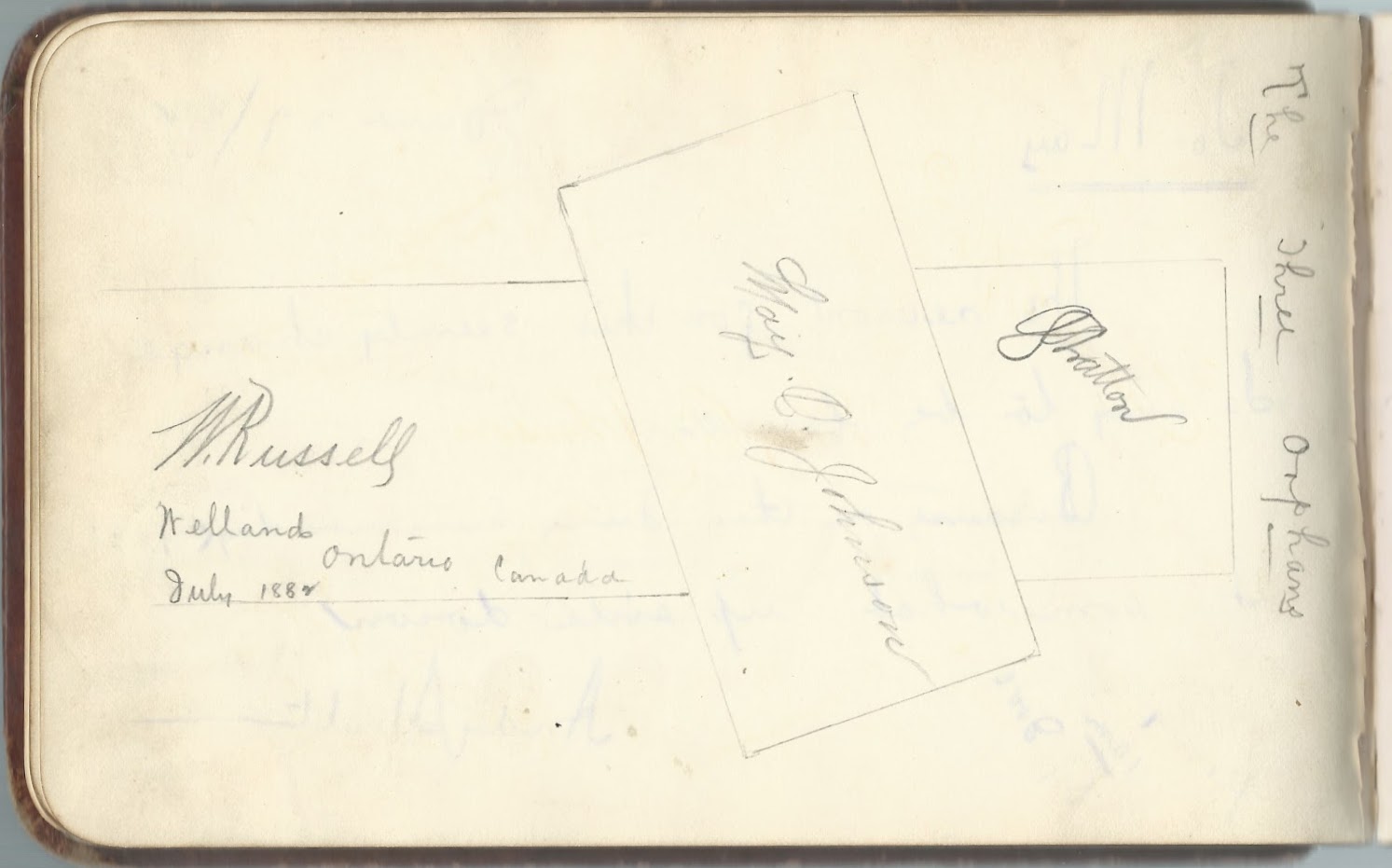 May and Andrew had two children, Charles Stratton and Louisa M. Stratton.  "Charley" signed a page in the other album.  Sadly he died in his teens.  Louisa, thankfully, lived a long life.  Andrew died in 1927, and May in 1953.

Posted by Pam Beveridge at 1:58 PM