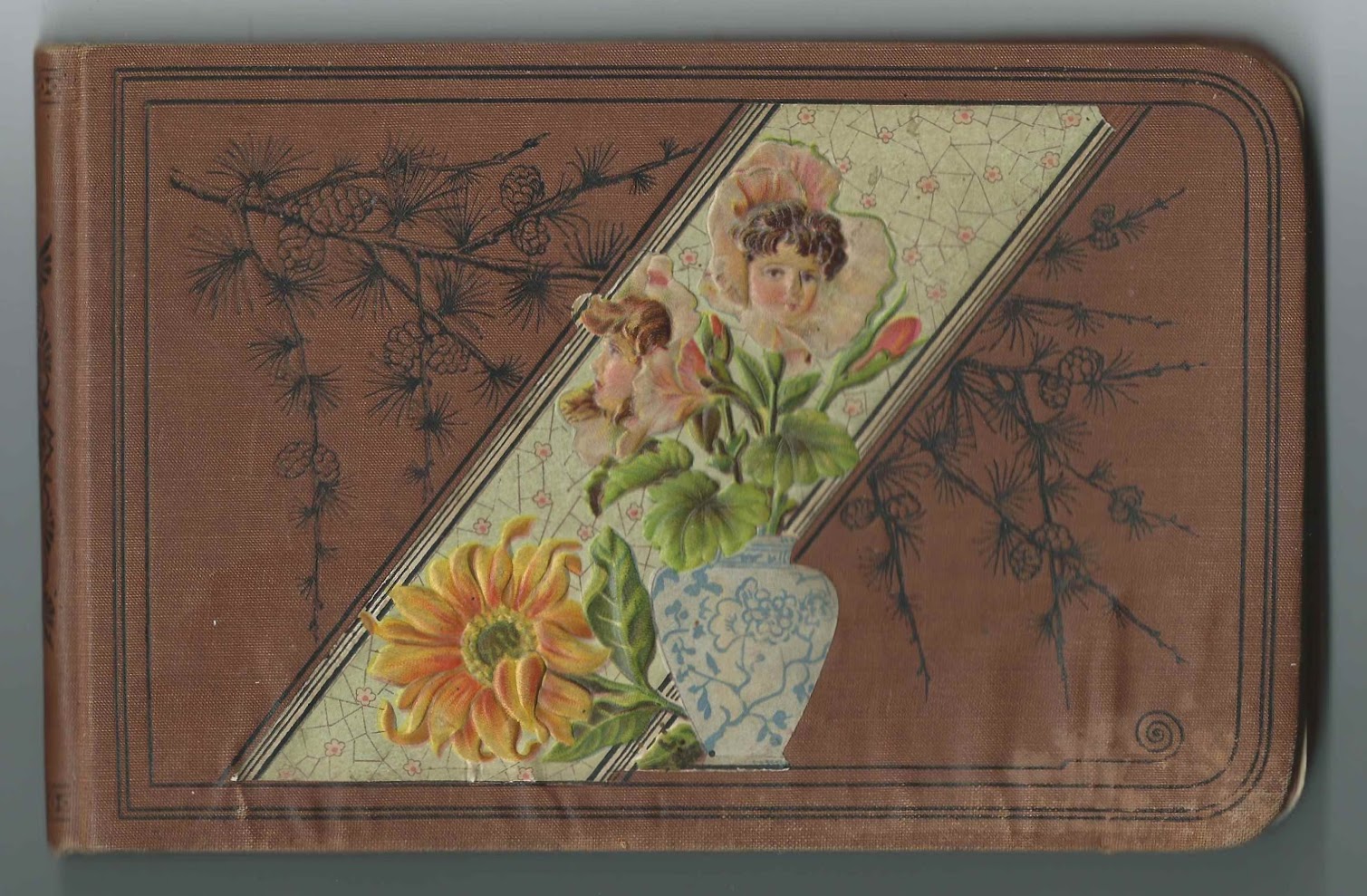 1880s autograph album that belonged to Bertram Felmore Reimold of Saginaw, Michigan.  He wrote his name on the inside front cover, which also includes a newspaper clipping in German.

The album measures approximately 7-3/4" x 5" and contains the sentiments of 32 of Bertram's relatives, friends and schoolmates.  An alphabetical surname list and an alphabetical list of the signers, together with any personal information they offered, appear at the end of this post.

Bertram Felmore Reimold was born September 6, 1875 at Saginaw, Michigan, the son of Johann Christian Reimold and Louisa Henriette (Schairer) Reimold.  Bertram's father may have signed one of the pages written in German that I had a hard time deciphering the name of the inscriber, let alone the message. 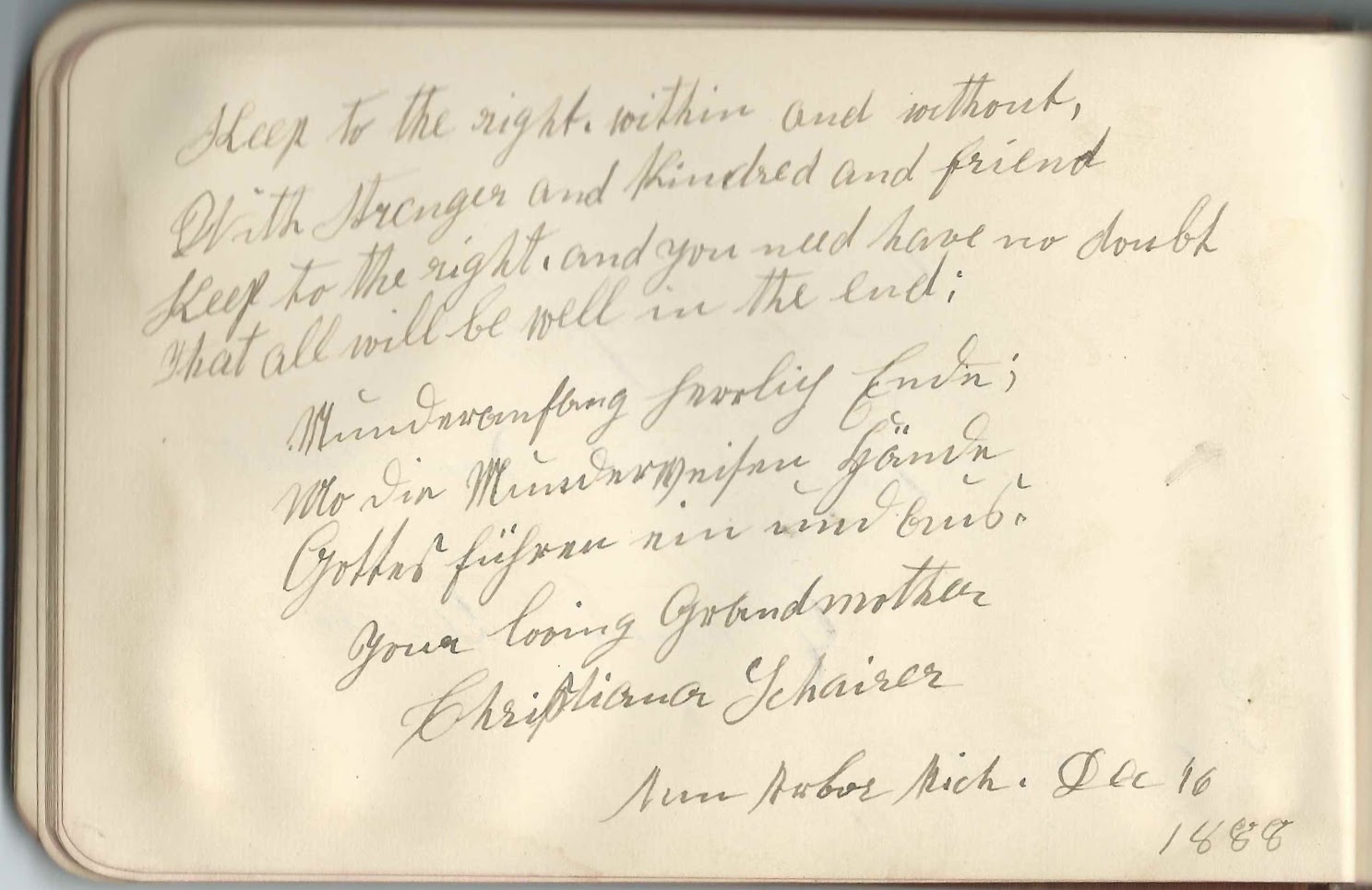 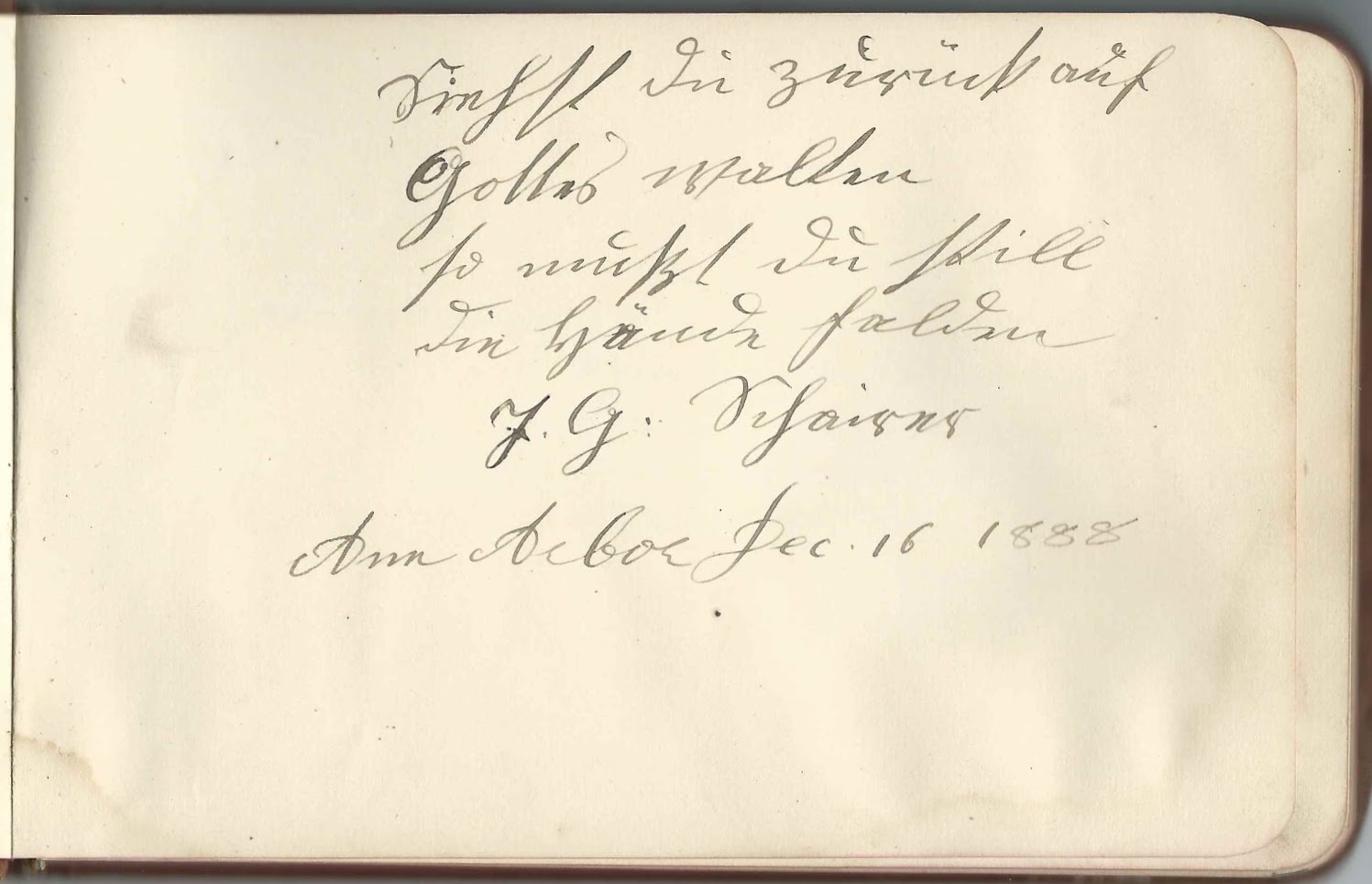 Bertram had, I think, nine siblings, the eldest of whom, Orlando Schairer Reimold, inscribed a page on January 30, 1887. 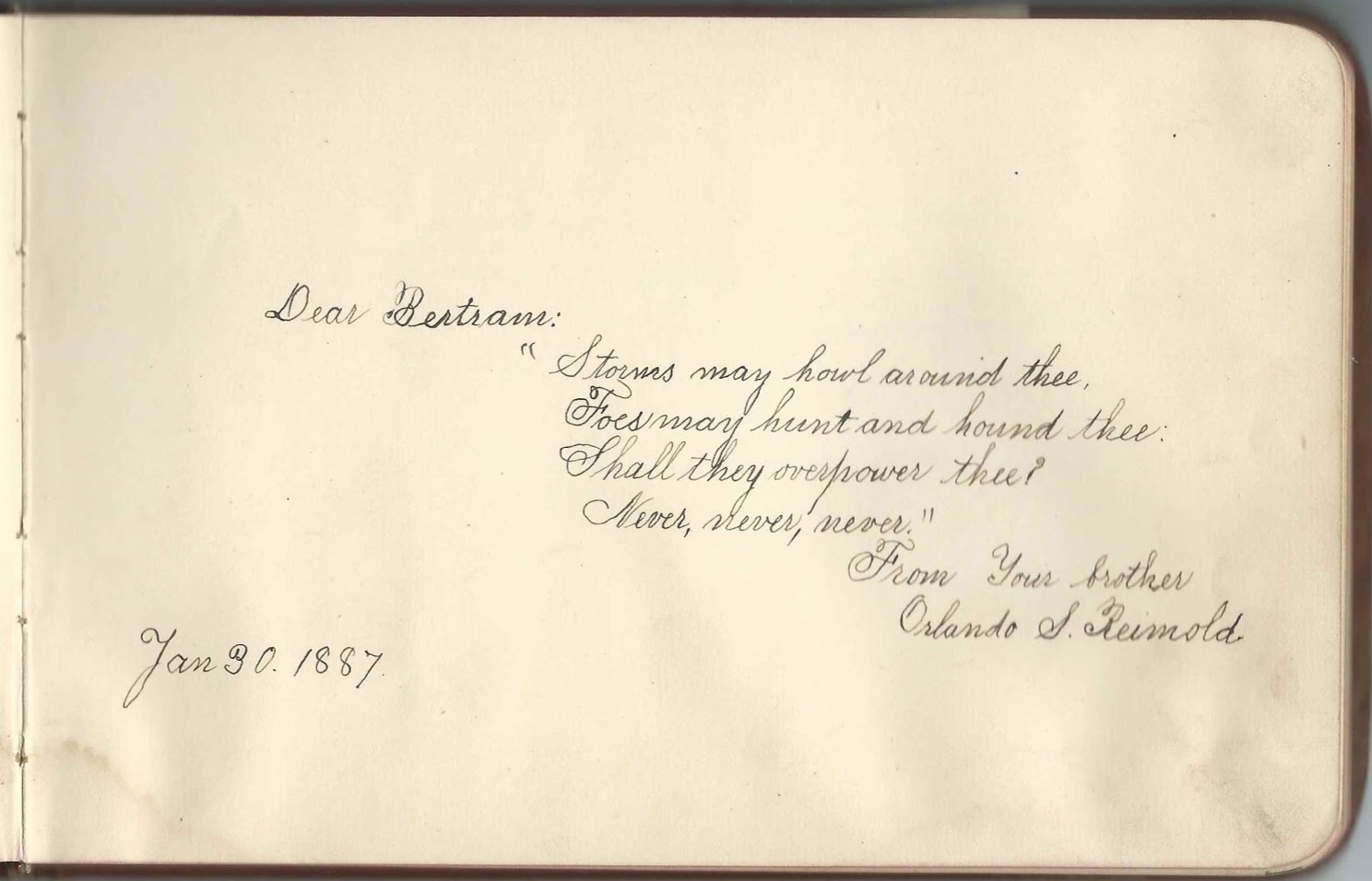 Several other relatives from the Schairer side of the family signed pages in the album, including the Shairer, Otto and Krause families.  Refer to the list below.

On August 7, 1918 at St. Joseph, Indiana, Bertram Felmore Reimold married Coral F. (Genrow) Seaton, daughter of Joseph and Ruth (Ellsworth) Genrow.   Coral had two children from a previous marriage to James H. Seaton, whom she had divorced earlier in 1918.  By 1920, the new family had moved to Cleveland, Ohio.  If Coral and Bertram had children of their own, I didn't find evidence of them.  Bertram died in 1968.

The album contains three items tucked inside: the calling card of Jose. F. Badaracco; a negative photograph of a middle-aged man at the wheel of an automobile; and a clipping describing one of Bertram's exploits.  I've inverted the image to show you the photograph. 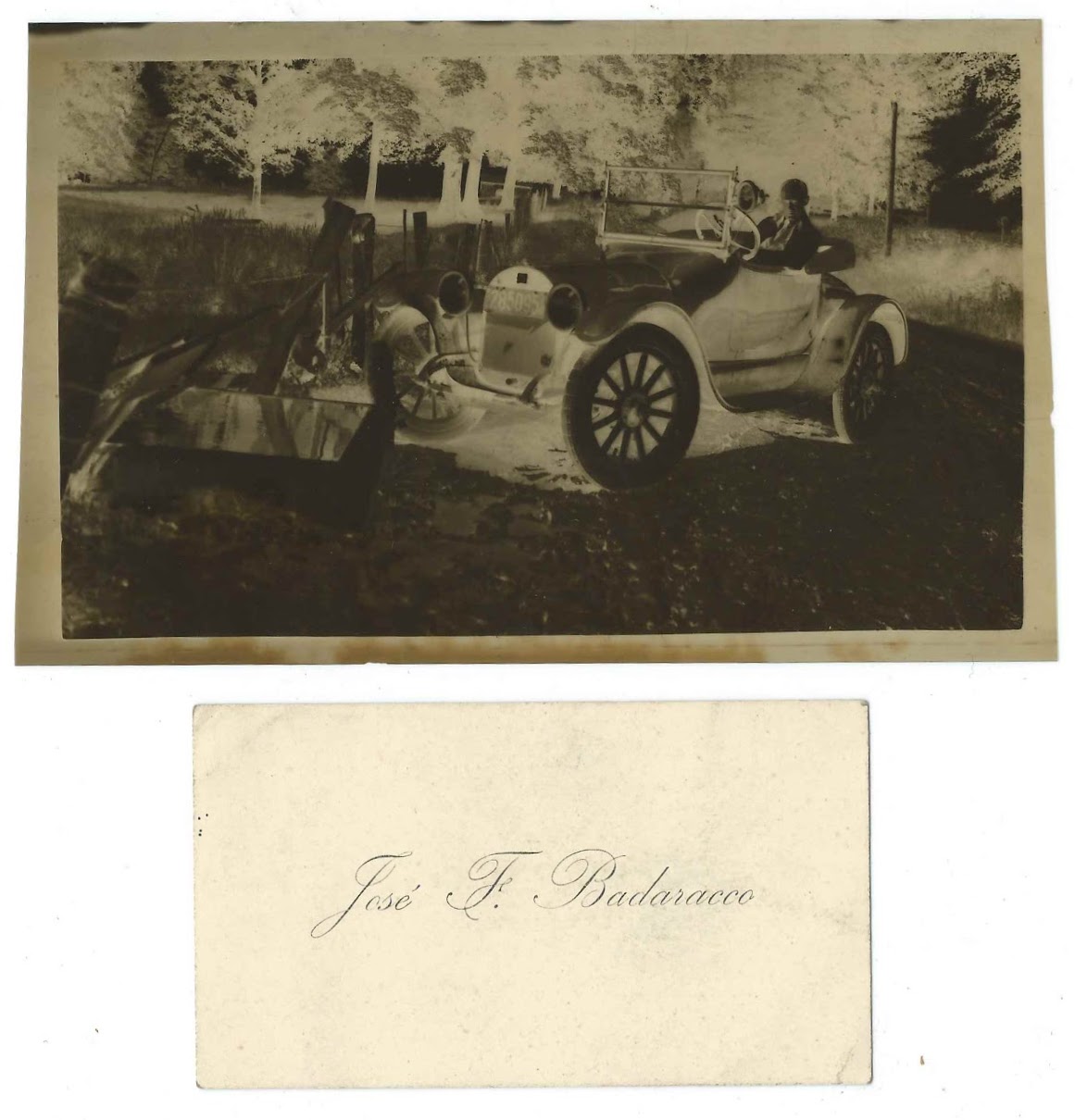 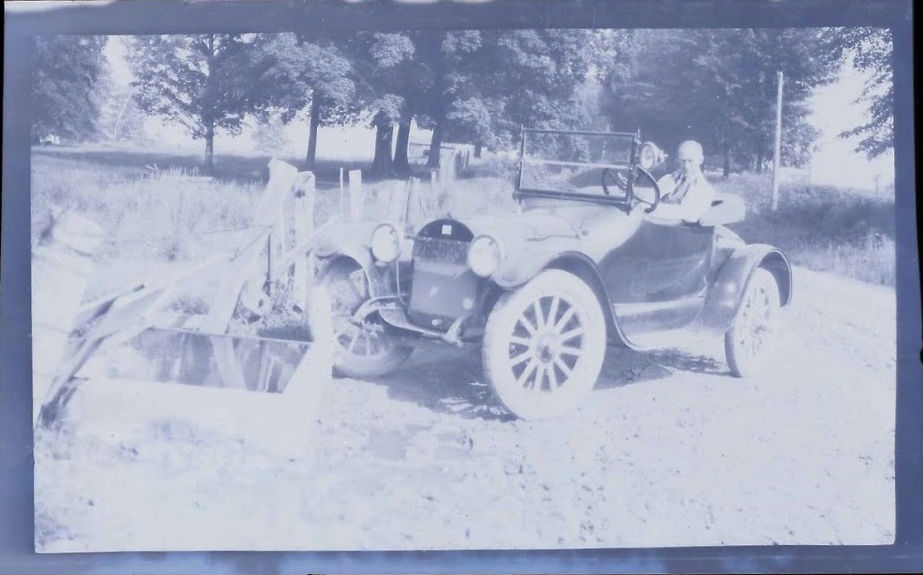 In the event that a reader might volunteer to translate some of the pages written in German and leave a comment, I'm including them below. 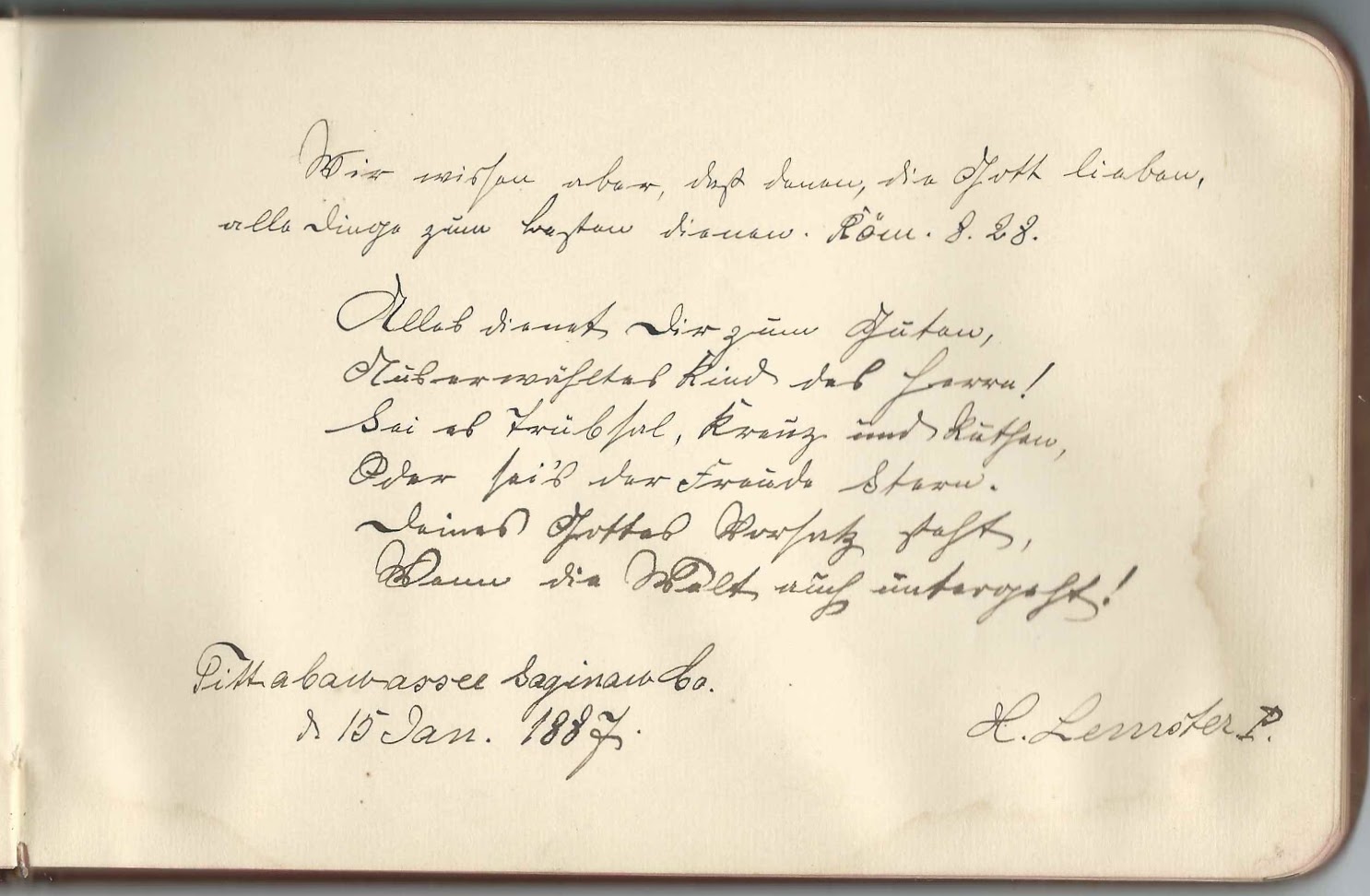 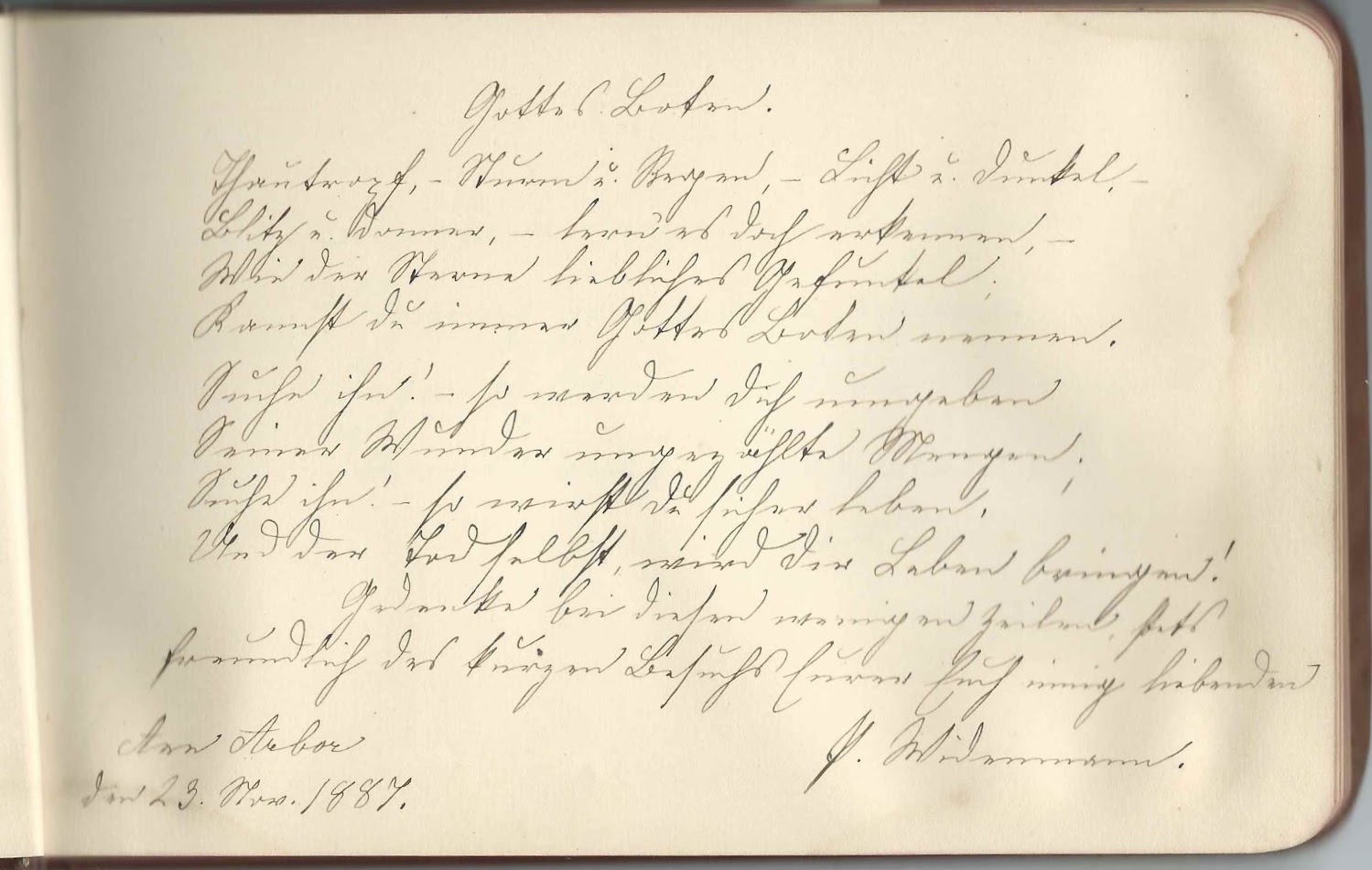 The page below was signed, I believe, by Rev. Karl Lemster, father of one or more of the signers.


Signers in the album        [Note: Given names within a specific surname may not be in alphabetical order.]
?