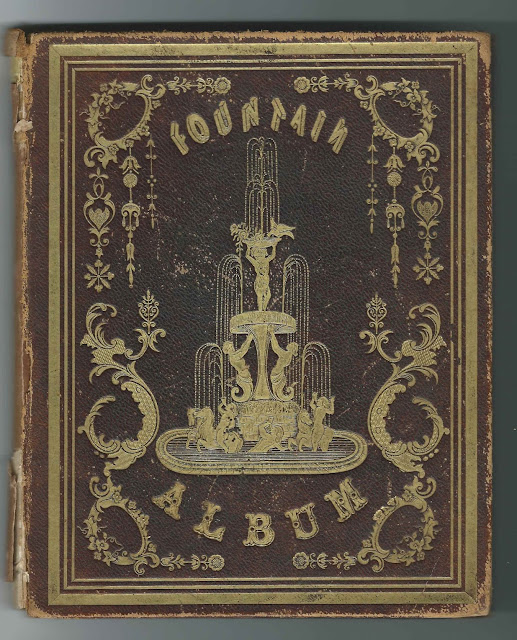 Note: See new information in the 4th-6th paragraphs on the possible identity of the album owners as Sarah Crocker and her much younger sister Ida Crocker.

1850s-1870s autograph album that belonged to two women in succession.  It was started by a Sarah, who was living at Montgomery, Alabama, in the early 1850s and moved to Meriden, Connecticut, within that same decade, perhaps with her family or perhaps alone, to attend Meriden Institute.  Some of the sentiments inscribed to her in Alabama have a "farewell" flavor.

At some point in the 1870s the album came to light and was taken over by an Ida of West Meriden, Connecticut, perhaps a student at the Corner School, as was at least one of the inscribers.

I haven't yet teased out a relationship between Sarah and Ida and am in hopes that a reader will recognize the clues and post a comment.  It's tempting to think that there might be a connection to the Ives family of Meriden, Connecticut, some of whose members moved, at least temporarily, to Alabama in the 19th century.

Note: If you scroll to the comments section, you'll see that a reader has proposed a serious theory that the album owners were members of the Crocker family, based on the more contemporary note, perhaps added by Ida, to the page signed by Samuel M. Ives at Montgomery, Alabama, on March 22, 1852.  Samuel was a member of the Ives family of Meriden, Connecticut; several members of that family spent time in business in Alabama. 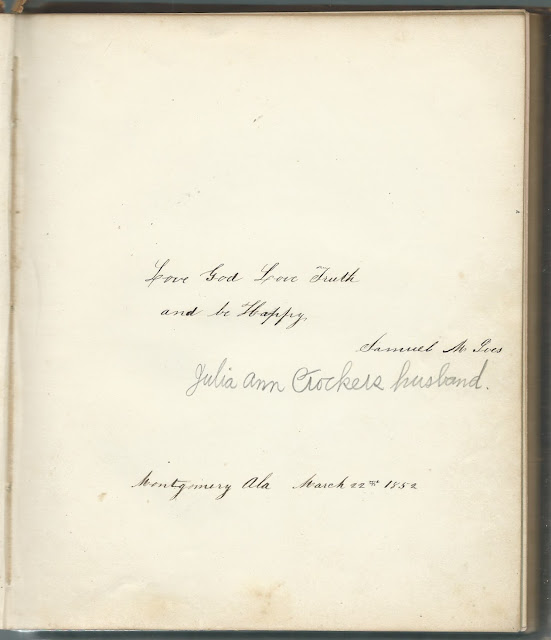 The "Fountain Album", published in New York by Cornish, Lamport & Co., is a large one, approximately 7-3/4" x 6-1/4" and contains the sentiments of 34 people from Alabama and Connecticut.  An alphabetical surname list and an alphabetical list of the signers, together with any personal information they offered, appear at the end of this post. 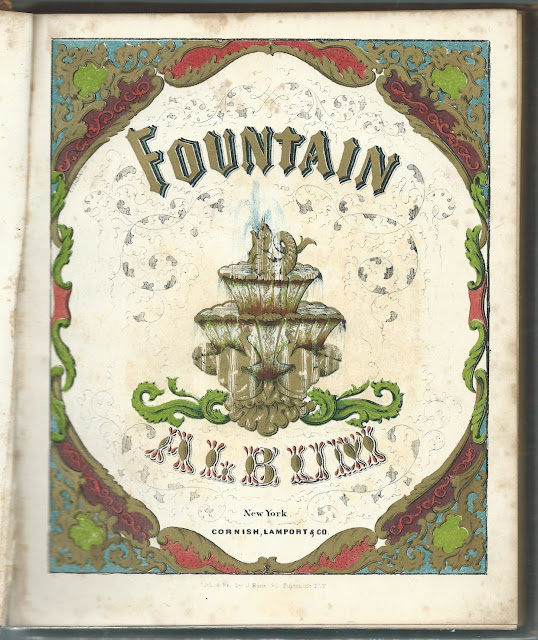 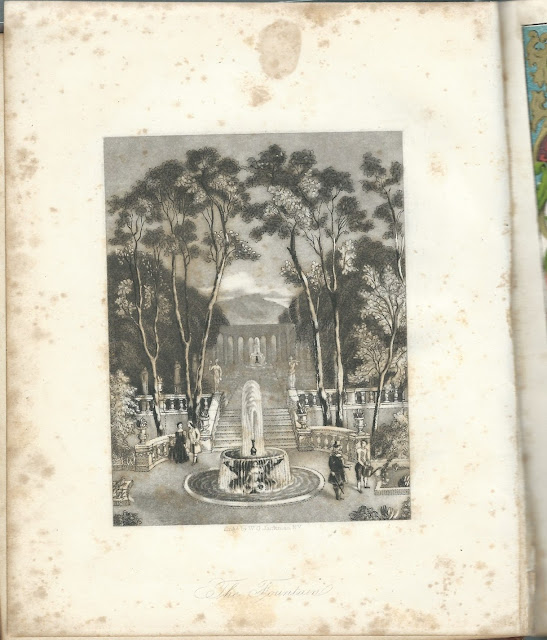 One of the earlier signers, Samuel E. Norton, left a three page sentiment on April 30, 1853.  He was presumably Dr. Samuel Edwin Norton, a native of South Carolina, who was a Methodist minister and a physician at Montgomery, Alabama. 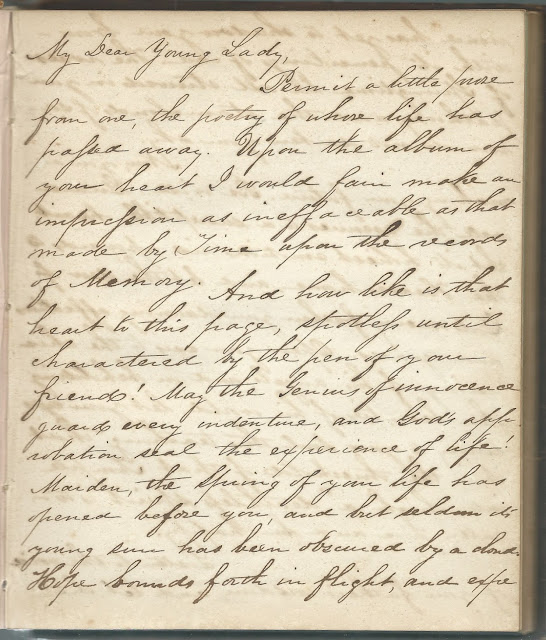 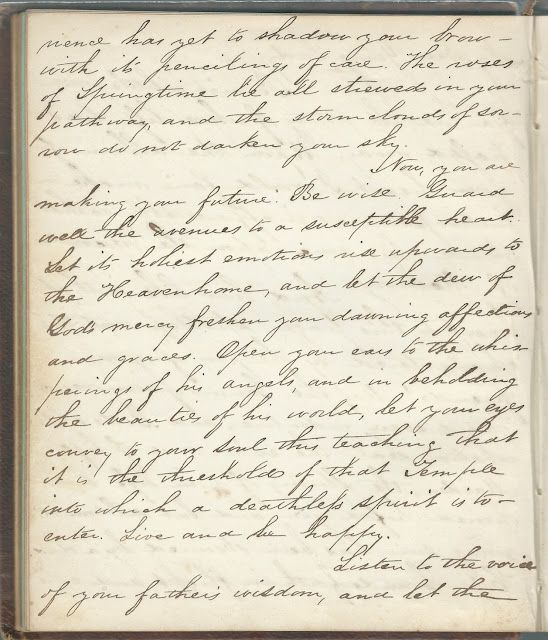 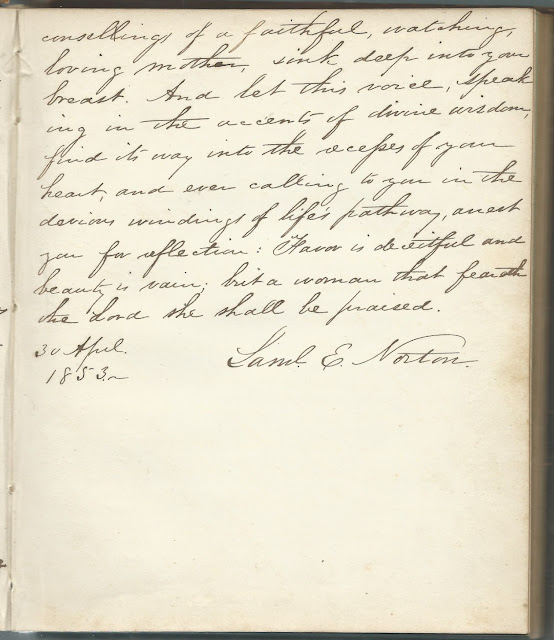 William M. Ross inscribed a page to Sarah at the Meriden Institute on April 7, 1859. 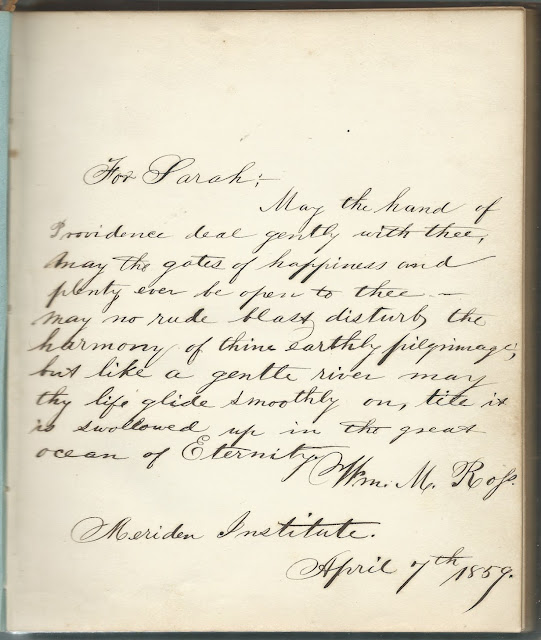 As an example of the later autographs, directed to Ida, Lissa A. Beadle of West Meriden, Connecticut, inscribed a page at Corner High School on February 1, 1875.  Lissa became a teacher. 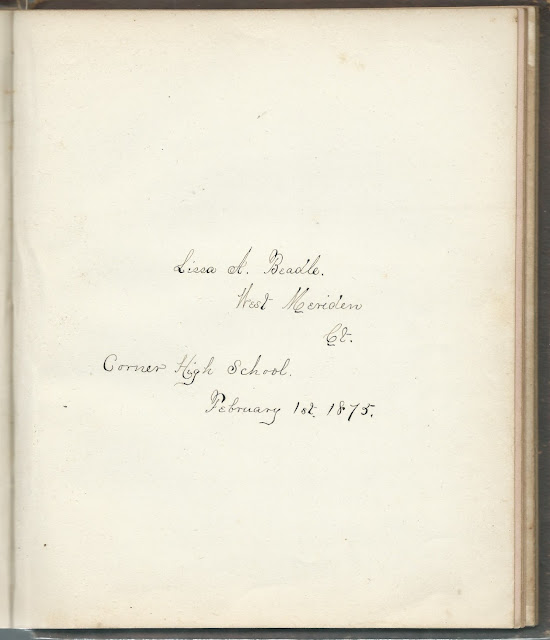 If you have a theory as to the identities of Sarah and Ida, please leave a comment or contact me directly.  Thanks! 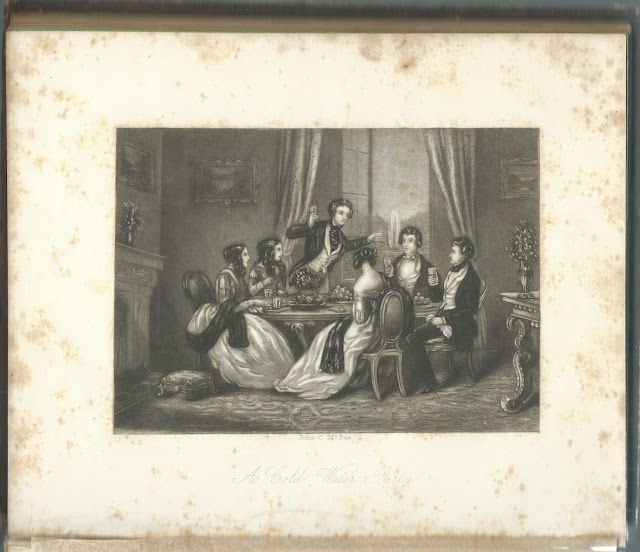 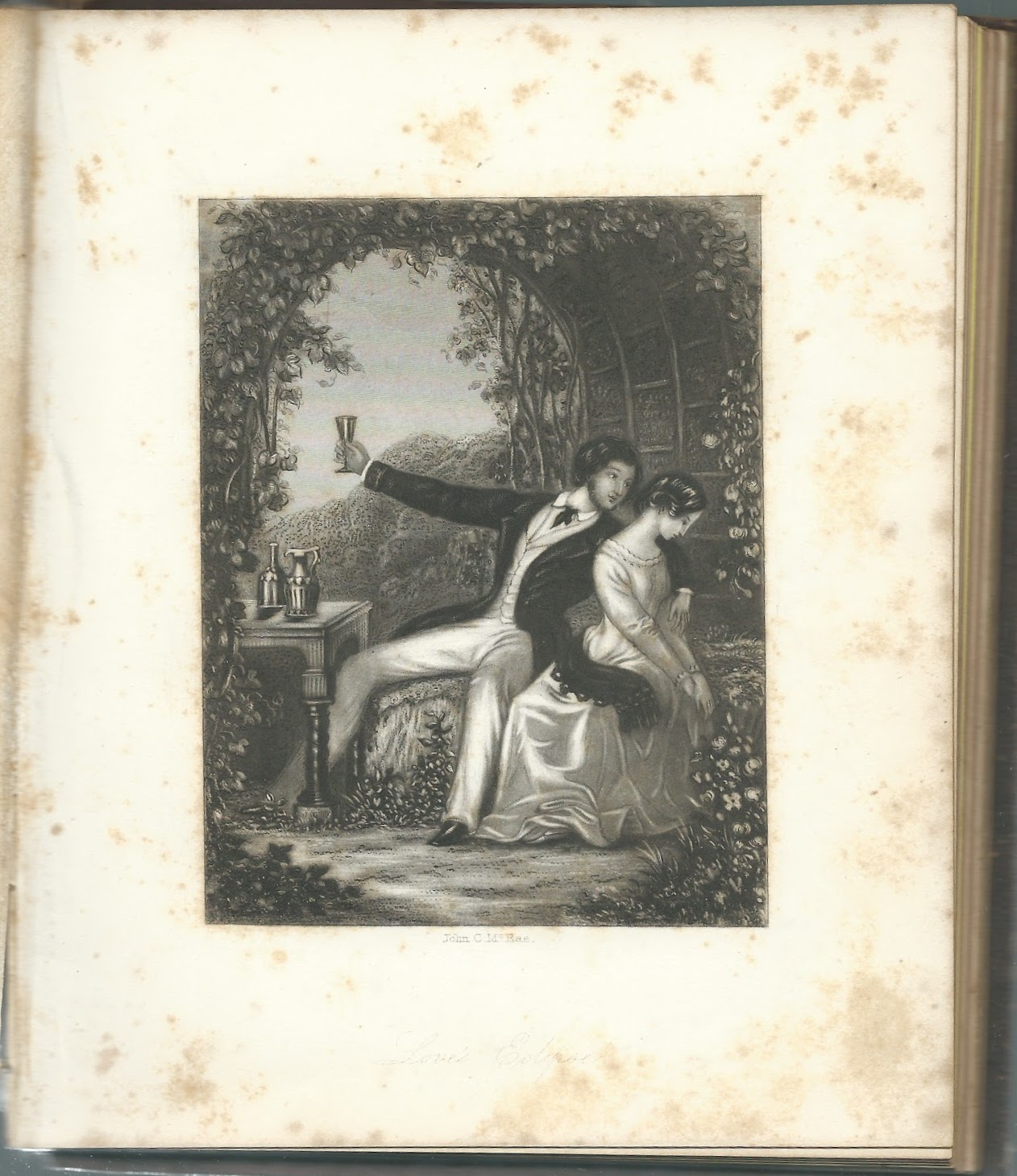 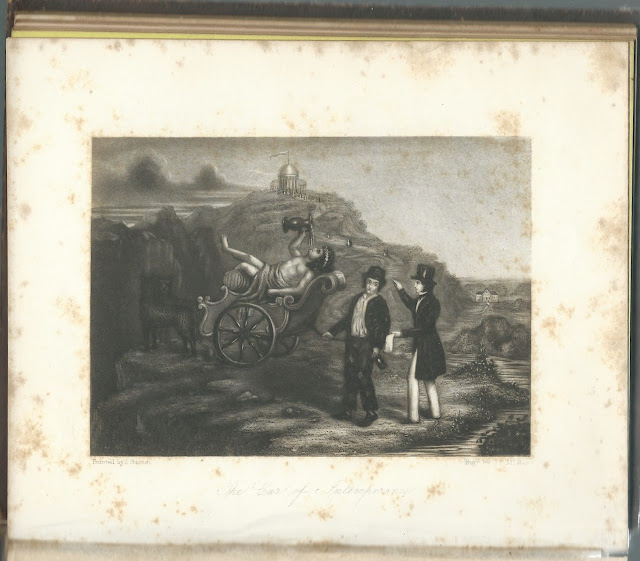 "The Car of Intemperance", after the painting by J. Burns; engraved by John C. McRae The Temple of Sobriety; engraved by J. C. McRae