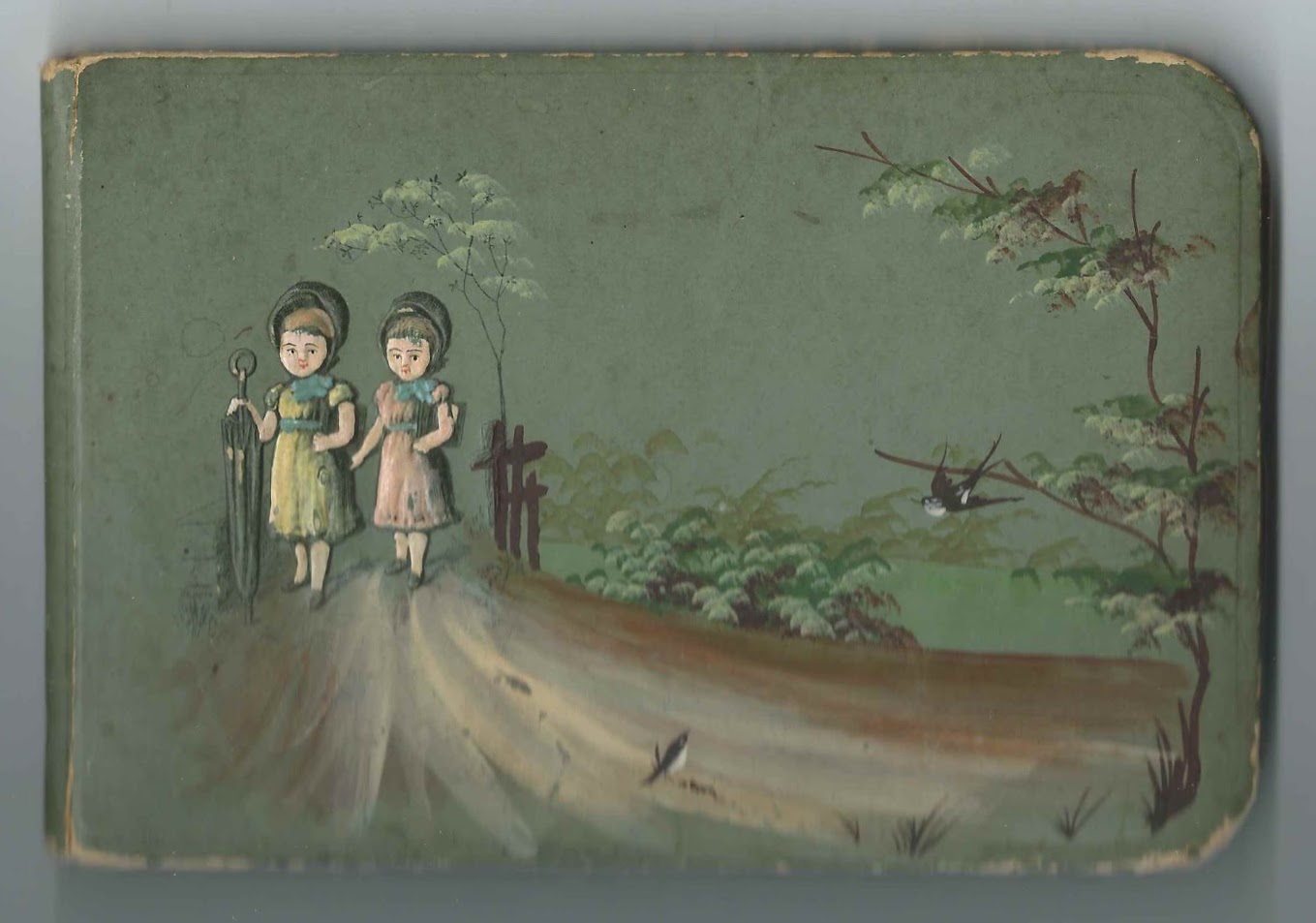 1891-1892 autograph album of an owner from the Sherwood, Maryland, area, including some who were students at the Sherwood School and Sherwood Academy.  According to the person from whom I bought the album, Sherwood Academy was located on what was the Sherwood Farm at Montgomery County, Maryland; the school is now known as Sherwood High School.

The album measures approximately 6-3/4" x 4-1/4" and contains the sentiments of 16 people.  An alphabetical surname list and an alphabetical list of the signers appear at the end of this post.

There are three clues to the identity of the owner, which may resonate with a reader.  If so, hopefully the reader will leave a comment to clear up the mystery.

One relative was cousin Janie P. Brooke of Sherwood, Maryland. 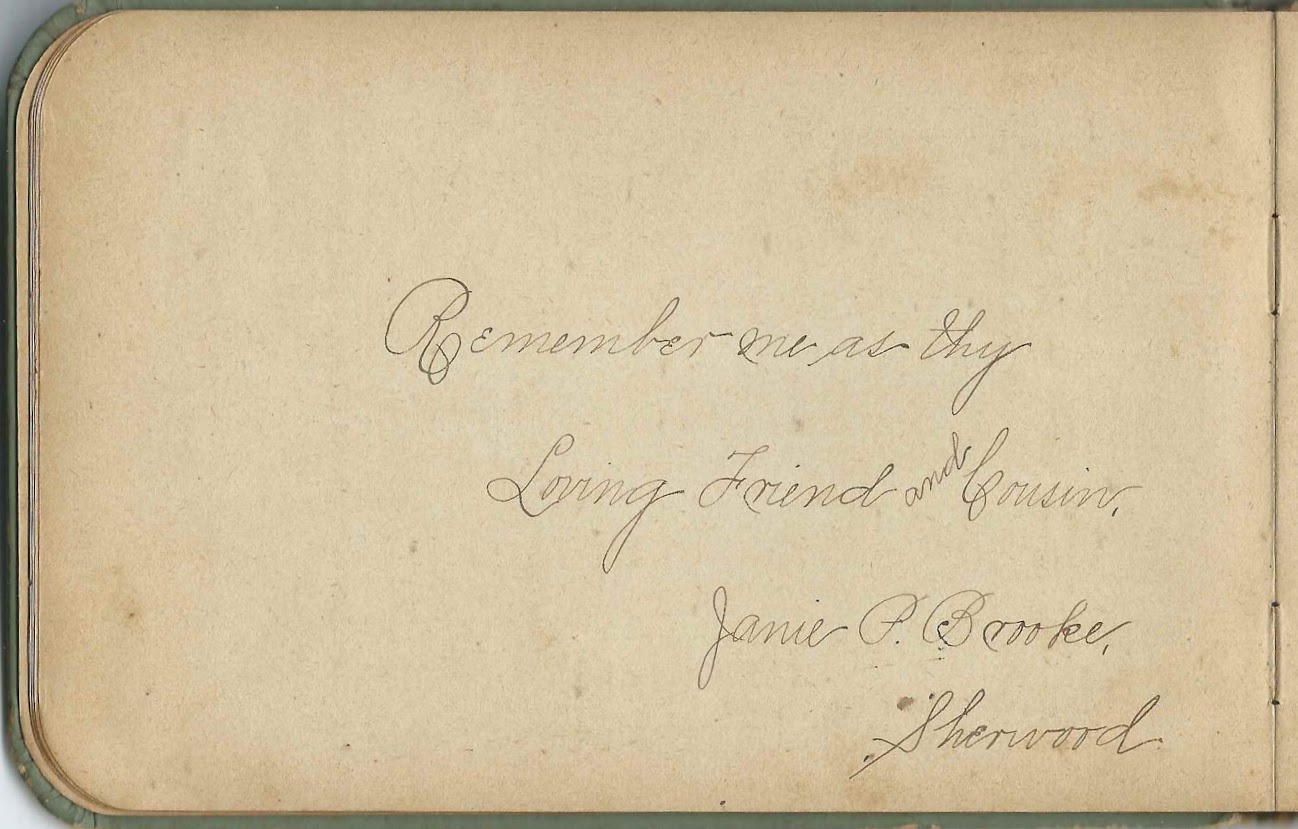 Another cousin was Faith Farquhar of Sherwood, Maryland.  Other people with the surname Farquhar signed pages in the album; refer to the list of signers below.

And a third cousin was Augusta N. Thomas, a student at Sherwood Academy, who dated her page October 23, 1891.