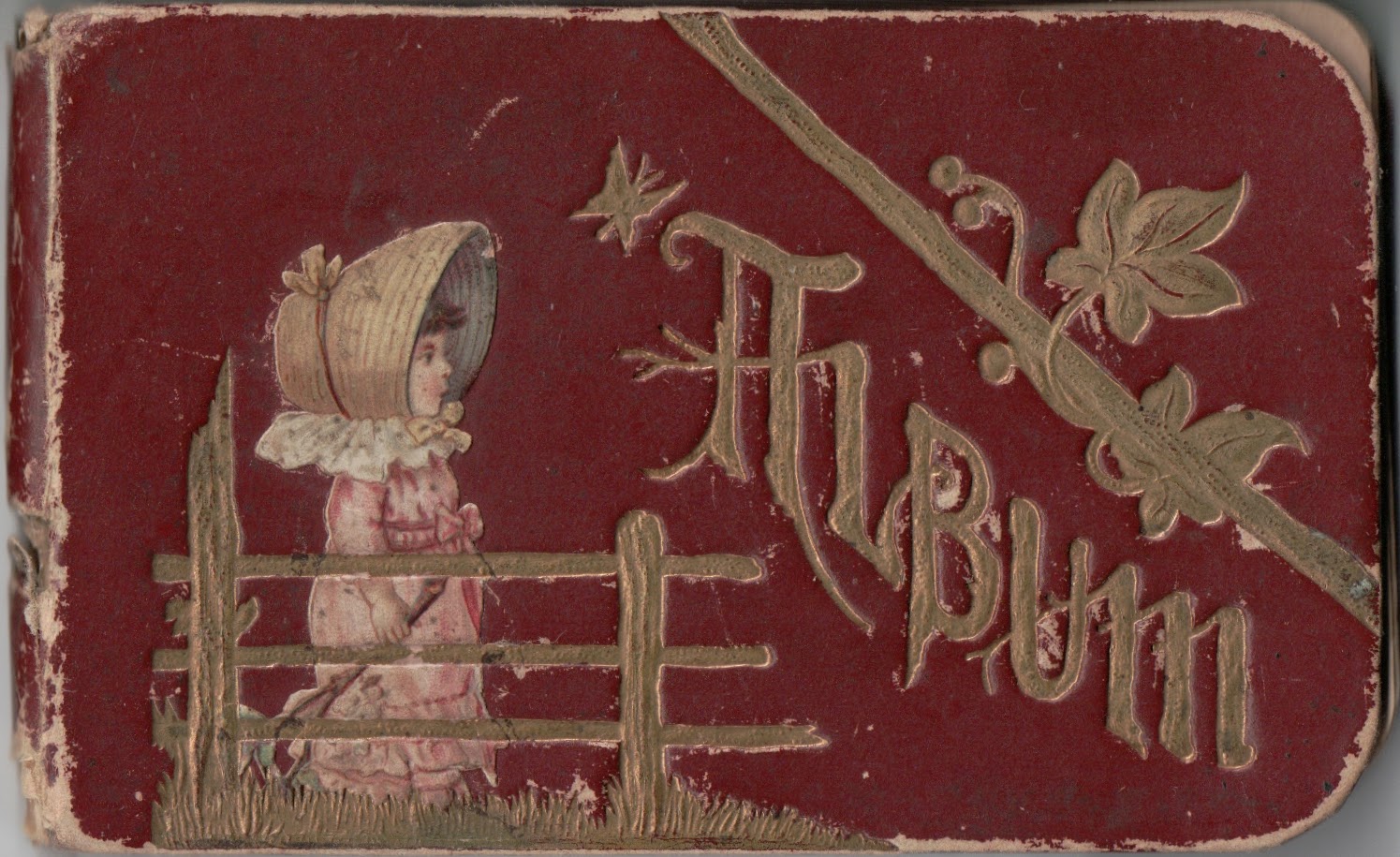 1888-1891 autograph album that belonged to Johnston Palmer Stewart of Pennsylvania.  The first end paper gives his address as Brady, in Indiana County, Pennsylvania.

The inside back cover shows his address as 465 Spring Street, Mt. Vernon, Parnassus, which are located in what is now the city of New Kensington, Pennsylvania.

The album is a small one, measuring slightly less than 5" x 3", with the sentiments of 15 of Johnston's relatives, schoolmates and teacher.  An alphabetical surname list and an alphabetical list of the signers, together with any personal information they offered, appear at the end of this post.

Johnston Palmer Stewart was born December 11, 1876 in Pennsylvania, the son of Joseph and Jane (Ross, as shown on his brother's death certificate) Stewart, "Jennie", who were also Pennsylvania natives, both born, I think, in Jefferson County.  Two signers in the album mentioned that they were Johnston's sister.

The first was Alice Stewart whose residence I couldn't quite read, as it was on the bottom edge.  Possibly Warner Center.  I didn't find Alice as one of Johnston's siblings in an online list.  Hopefully a reader will clarify whether Alice was a blood sister, a half-sister or a social or religious sister.  Alice inscribed her page on January 8, 1888.

The other "sister" was May Stewart, also of ? Center, who inscribed her page on March 22, 1891.  Johnston had a sister named Mary Martha Stewart, who was born about July 1886, so perhaps this was she. 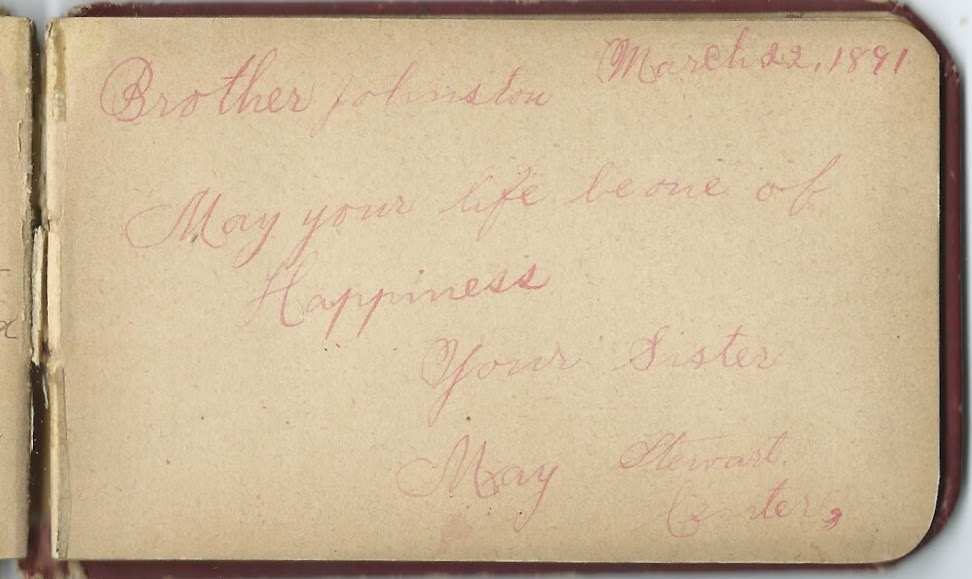 Johnston's teacher Gertrude Wilson inscribed a page to "Master Johnston" on February 9, 1888.  She gave her residence but I'm not sure of the handwriting.  It looks as though it starts with a P, but I couldn't find a town that seemed to fit.  In case the P is a B, Blairsville might fit. Or perhaps Flourtown was once Flourville? I'm hoping that a reader might clear up the mystery.

If you have corrections, additions or clarifications to the information above, or information on any of the signers listed below, please leave a comment or contact me directly.