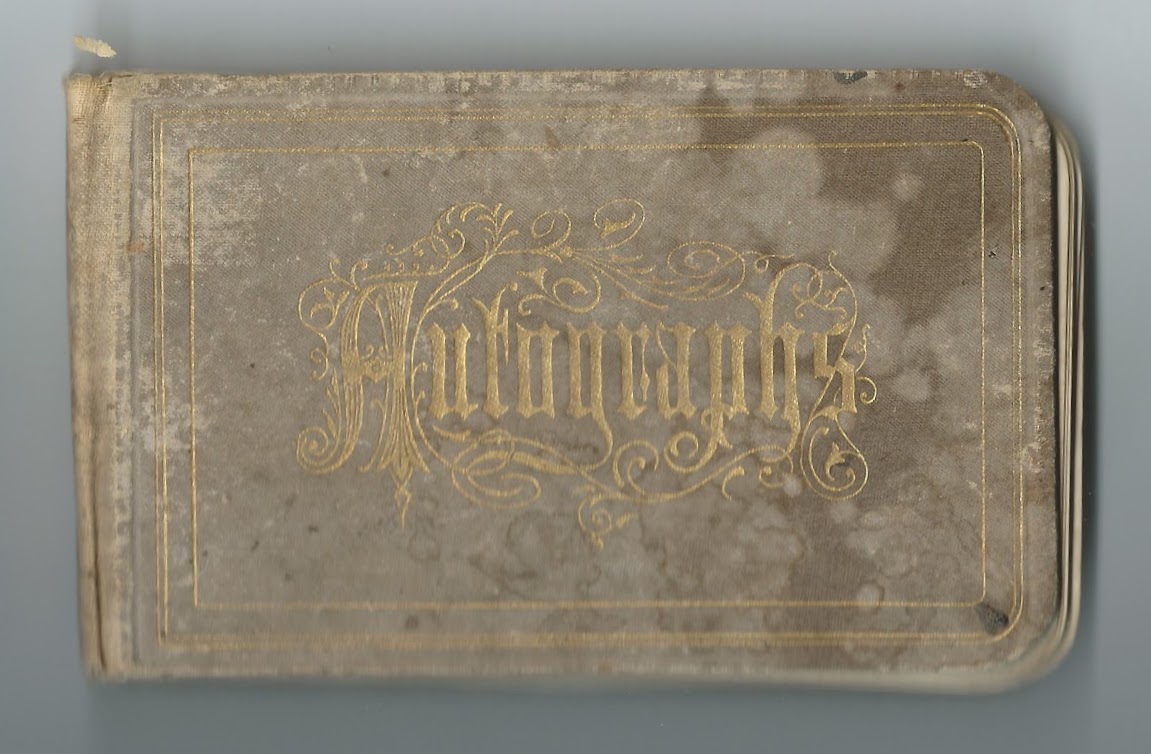 Note: Be sure to scroll down to the comments section where a reader has provided information on Carrie's parents, who appear to have been William and Emily (Merrill) Mulligan.  Many thanks!

1878-1882 autograph album of Caroline D. Mulligan or Milligan, "Carrie", of Winona County, Minnesota, from before and after her marriage to James Granger.  Most records show her maiden name as Mulligan, but I found at least one instance of Milligan.

I was able to tease out Carrie's identity from signer Ella Nora Granger, who called Carrie her sister.  Ella was the sister of Carrie's husband James Granger, whom Carrie married on November 21, 1880. 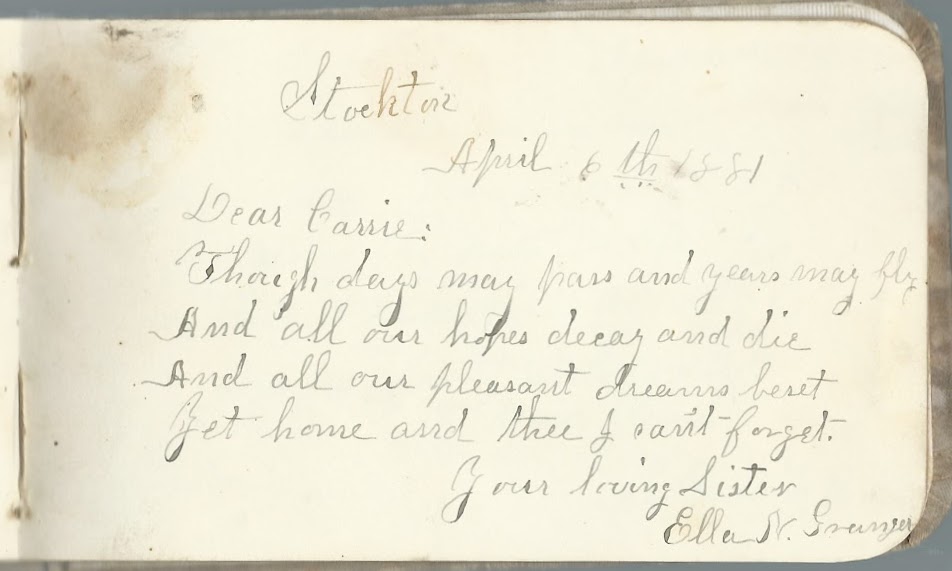 The album measures approximately 5-1/4" x 3" and contains the sentiments of 51 of Carrie's relatives and friends.  An alphabetical surname list and an alphabetical list of the signers, together with any personal information they offered, appear at the end of this post.

Caroline D. Mulligan/Milligan was born about 1862 in New Hampshire.  Probably owing to the fact that I'm not positive of the spelling of Carrie's maiden name - perhaps it was even Milliken - I haven't found information on her father.  Carrie's mother Emily, whose maiden name, I think, was Merrill, married Almon Sartwell, another New Hampshire native, on December 26, 1865, so apparently Carrie's father died when she was very young.  Emily inscribed a page in her daughter's album. 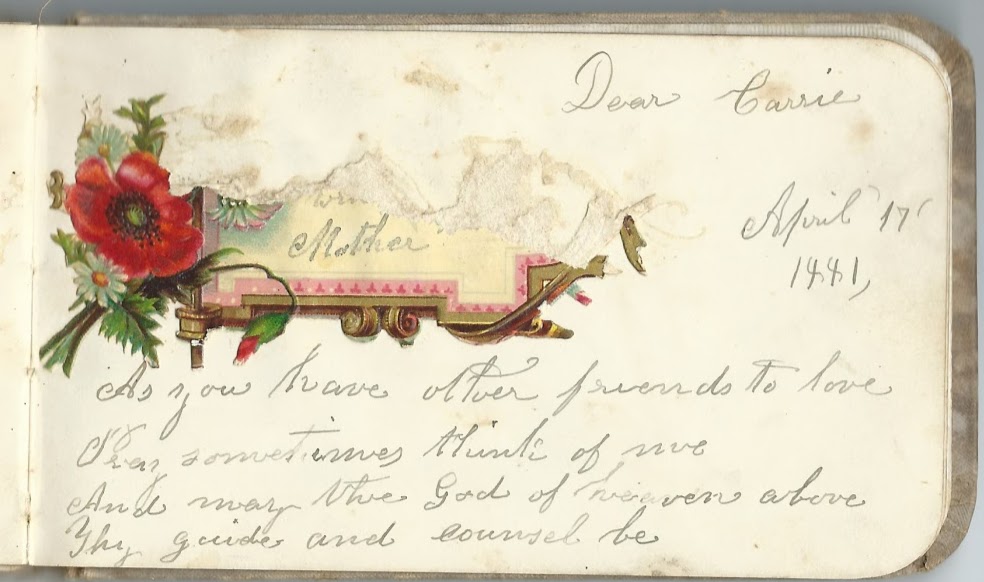 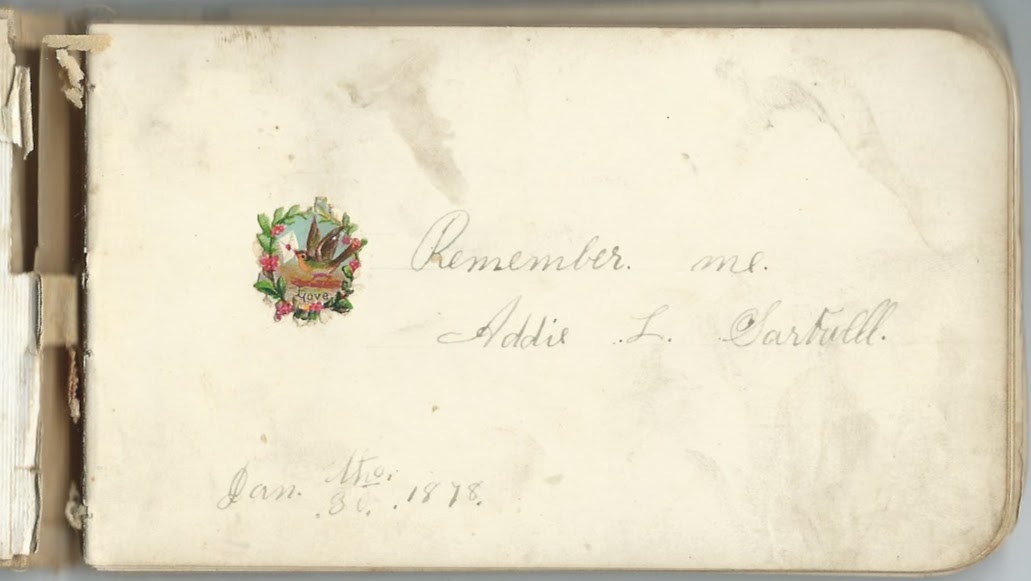 Carrie's younger half-brother Edgar M. Sartwell, "Eddie", inscribed the last page in the album, on April 17, 1881.  He would marry May Gage. 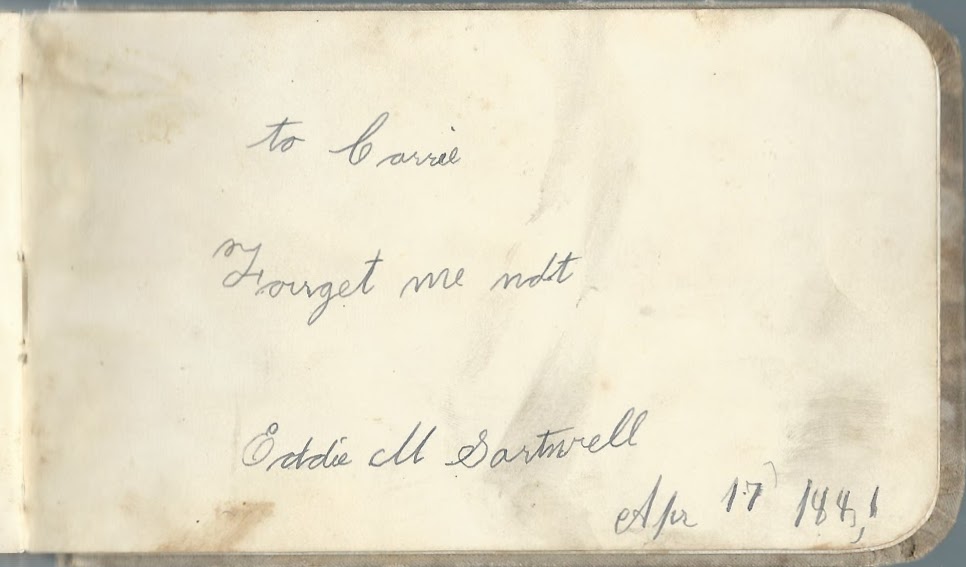 Before Almon Sartwell married Carrie's mother Emily, he had been married to Susannah (Beall) Sartwell, with whom he had several children, three of whom died young.  Susannah died herself died only a month after the birth of daughter Susan Belle Sartwell, "Susie".  Susie, born October 25, 1863, inscribed a page in her stepsister Carrie's album, on January 30, 1878.  Susie would marry Archie G. Southworth. 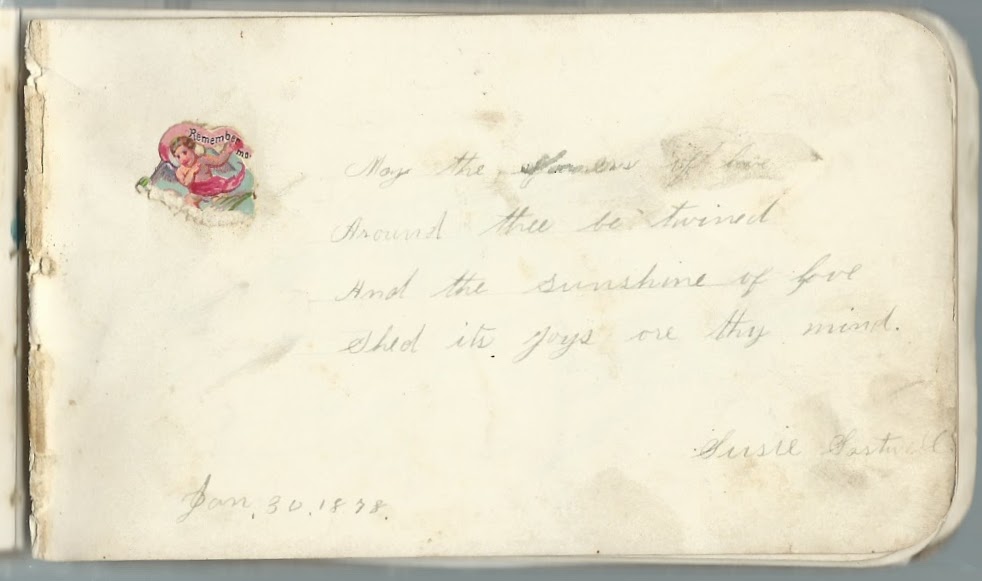 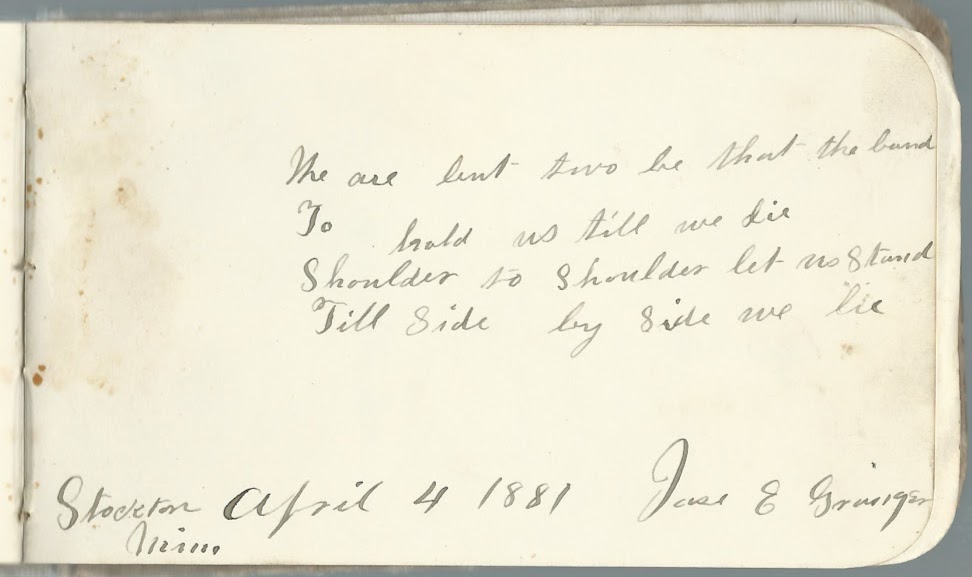 Posted by Pam Beveridge at 5:25 PM