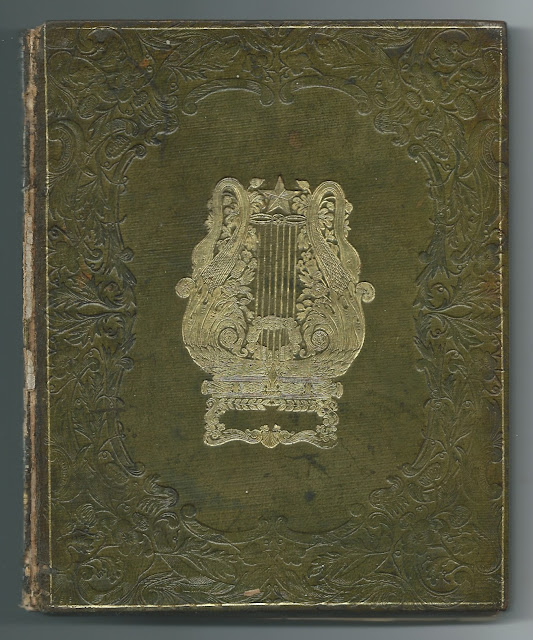 1838-1840 autograph album that belonged originally to Jane C. Donnell of Alna, Maine.   Many of the sentiments were left by Jane's fellow students at Maine Wesleyan Seminary in Readfield, Maine, still operating today as the Kents Hill School, perhaps the oldest continuously operating co-educational school in the nation.

Sadly, Jane died when she was only 20.  The album then apparently passed to her namesake niece Jane C. (Donnell), White, "Jennie", daughter of Benjamin Woodbridge Donnell and Frances Lucinda (Cone) Donnell." And then into the possession of Jennie's daughter Florence Donnell White, whose father was Henry Kirke White.  Incidentally, I found that a Jennie Donnell attended Maine Wesleyan Seminary in the 1870s; perhaps attending the school was a family tradition.

If three owners weren't enough, there's an undated paper tucked in the album that appears to show where the album was presented to a Mary, whether related to the original family or not. 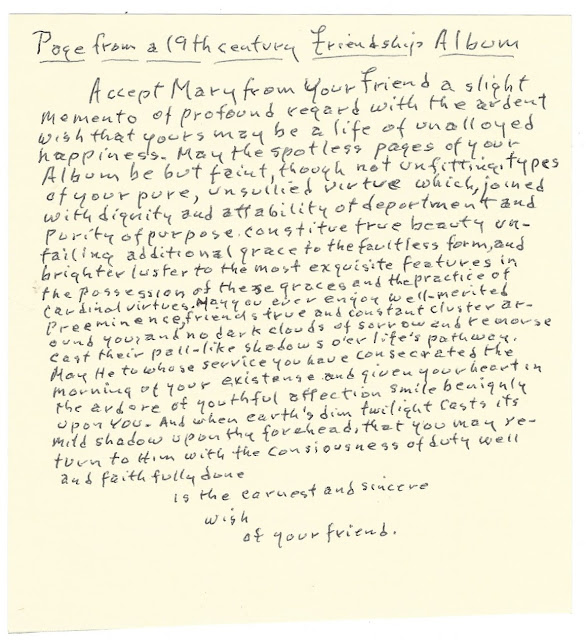 All of the sentiments, however, appear to date from the original owner's possession in the period from 1838 to 1840.

Florence stamped her name on two of the front end papers, the second of which also had the name J. C. Donnell in pencil, which leads me to believe it referred to Florence's mother Jennie's term of ownership rather than Jane's. 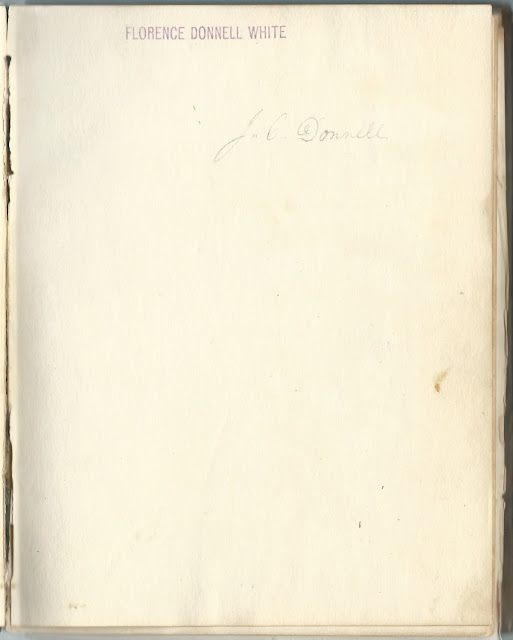 The name on the following end paper was, I believe, written by the original owner Jane. 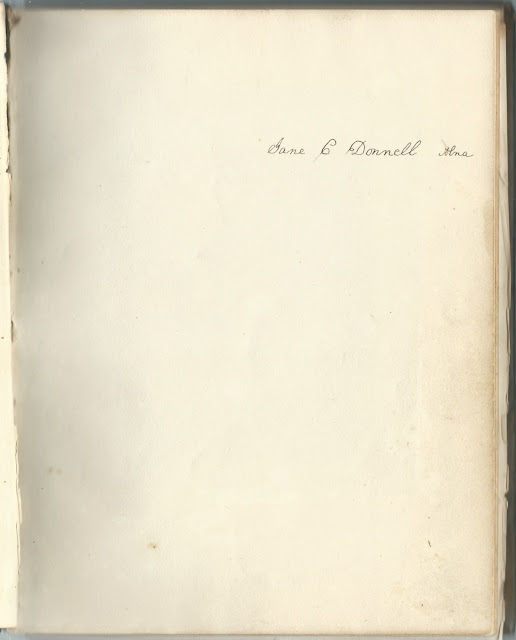 Jane C. Donnell was born July 8, 1821 at Alna, Maine, the daughter of Jotham and Jane (Woodbridge) Donnell, who were both born at nearby Newcastle, Maine.  Jane apparently attended Maine Wesleyan Seminary in 1839.  I don't know if she had a chance to put her education to good use before her death on February 26, 1842.

One of the pages was signed by a Frances, who might have been Frances Lucinda (Cone) Donnell, wife of Benjamin Woodbridge Donnell and mother of Jane's niece Jennie C. (Donnell) White. 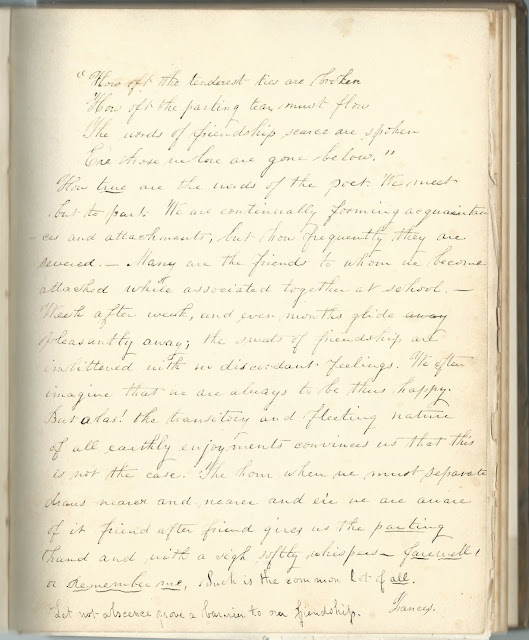 One signer, Elizabeth Hathorn, who inscribed a page at Wesleyan Seminary on June 9, 1839, mentioned that she was Jane's sister, but the relationship was as a religious or social one. 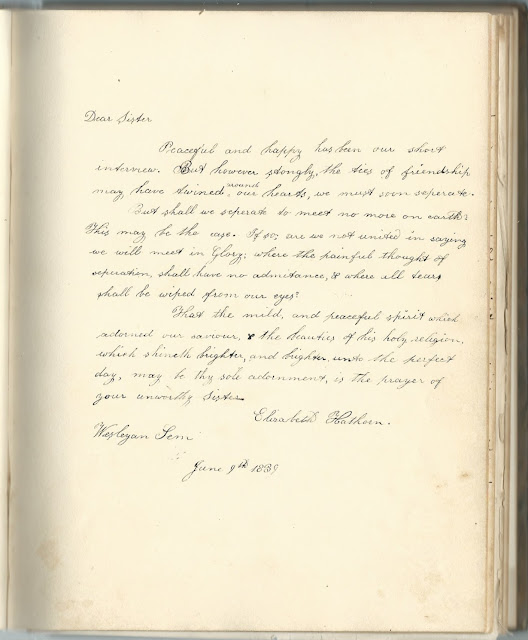 I wonder if the John T. A., who inscribed two pages was Dr. John T. Achorn of Alna, Maine. 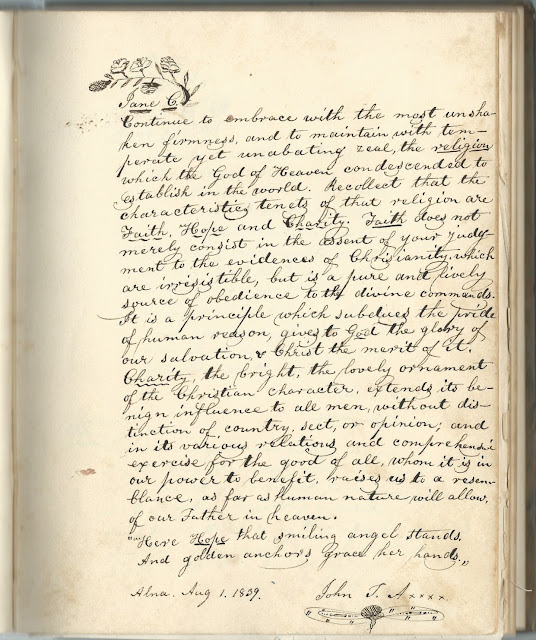 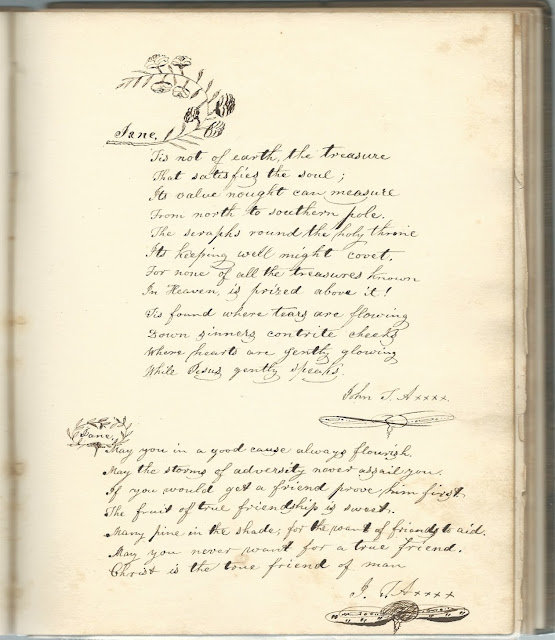 If you have corrections and/or additions to the information above, or information on any of the signers listed below, especially if you can identify some of the people who signed with initials, please leave a comment or contact me directly.

Posted by Pam Beveridge at 2:01 PM