1901-1904 Autograph Album of Bonnie Gwendolyn McKinney of Village of Worth, Whitestown, Indiana 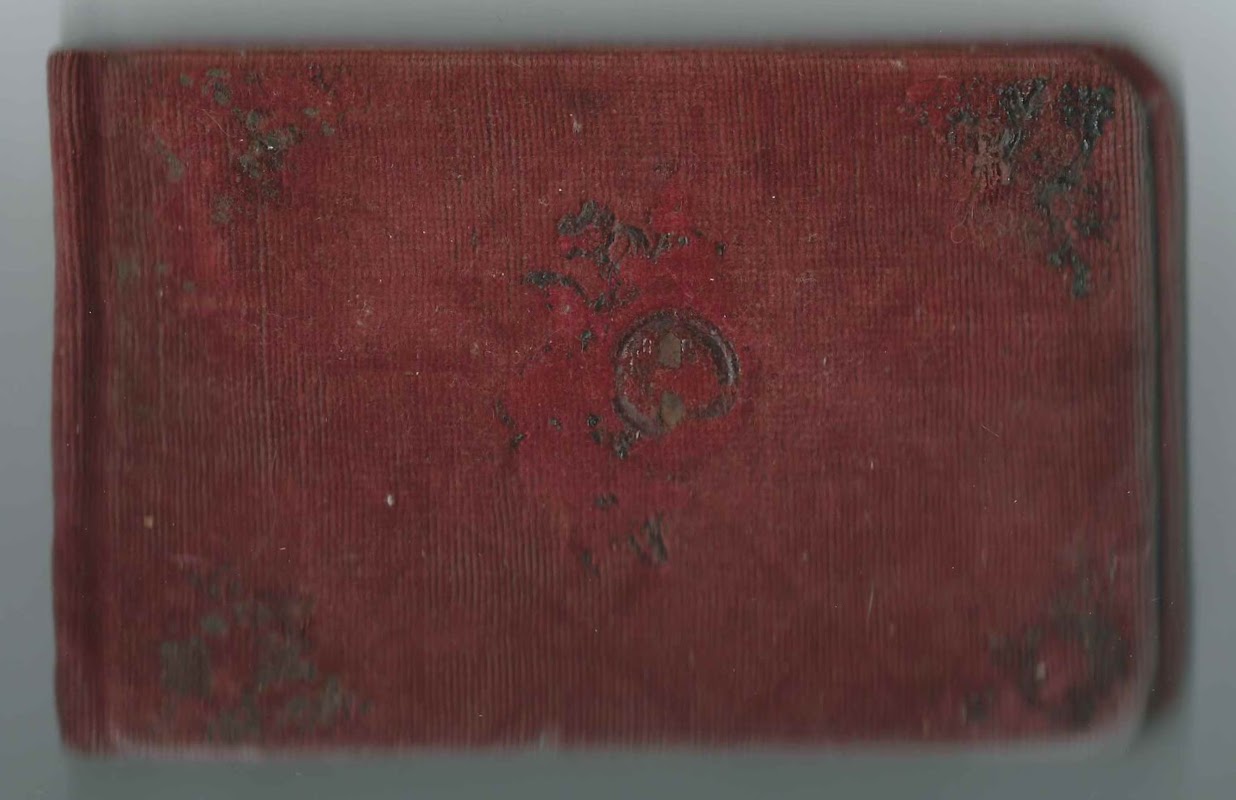 1901-1904 autograph album that belonged to Bonnie Gwendolyn McKinney of the Village of Worth in Whitestown, Indiana. 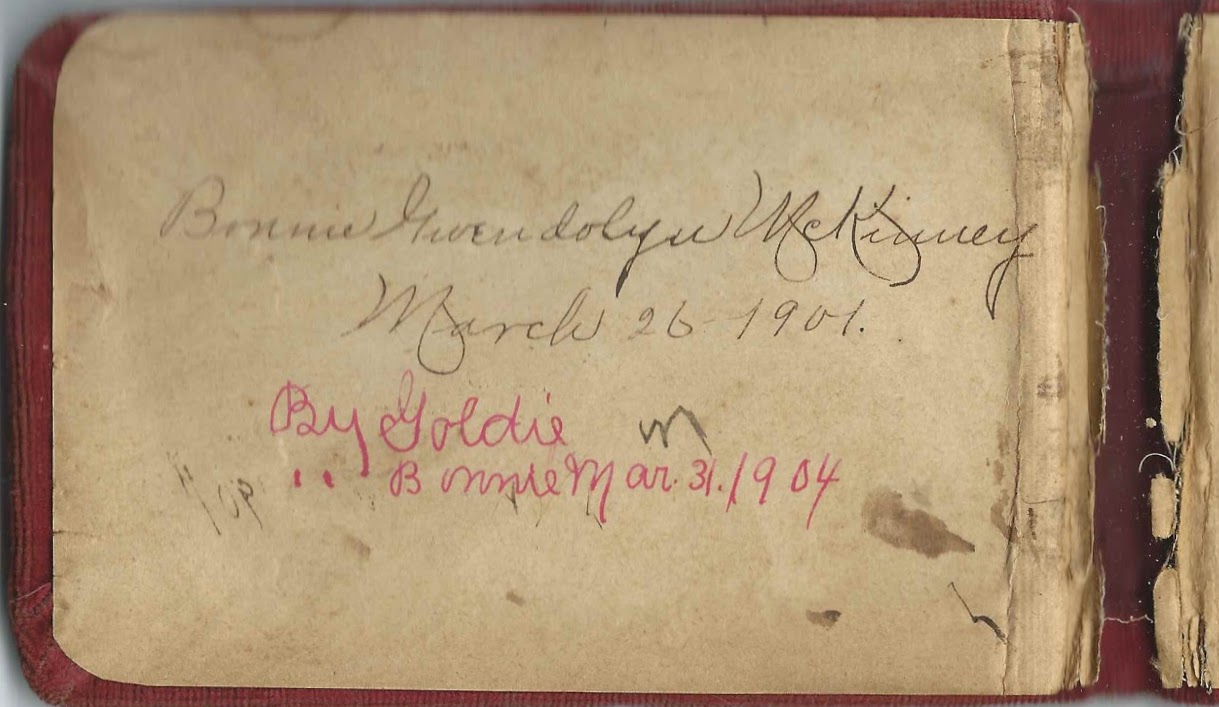 The album measures approximately 6" x 3-3/4" and contains the sentiments of over 40 of Bonnie's relatives, friends and schoolmates.  An alphabetical surname list and an alphabetical list of the signers, together with any personal information they offered, appear at the end of this post. 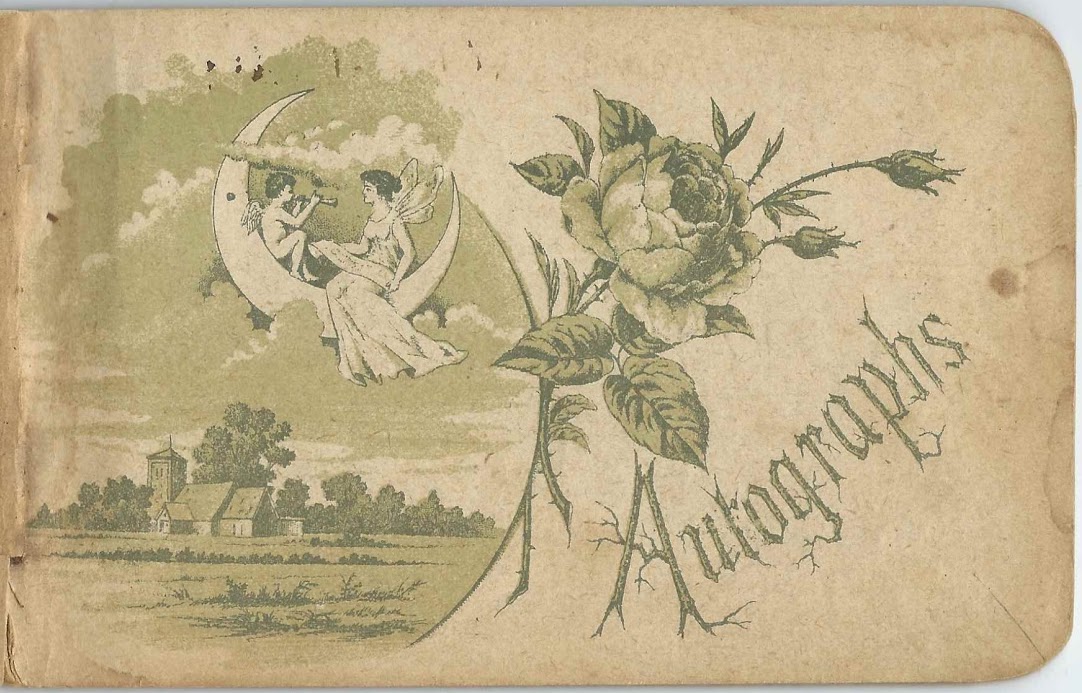 Bonnie Gwendolyn McKinney was born December 17, 1893 at Whitestown, Indiana, the daughter of Daniel Hayes McKinney and Cora Ellen (Webb) McKinney.   Cora inscribed a page to her daughter on March 25, 1901. 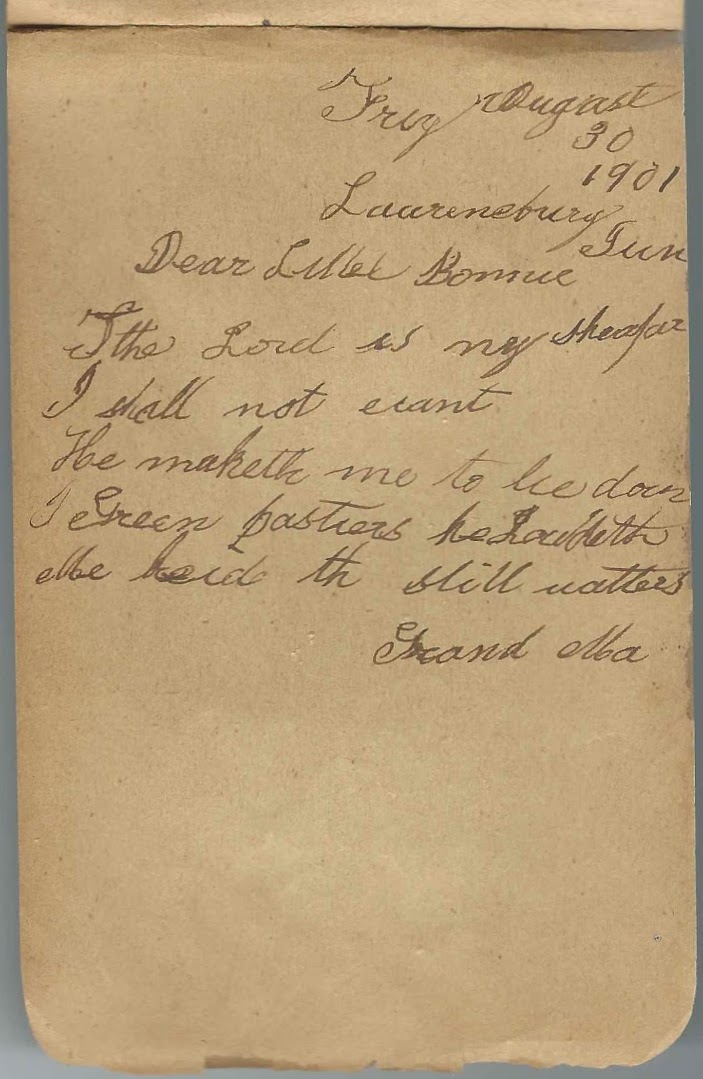 Three of Bonnie's siblings wrote in or were mentioned in her album.  Older sister Elizabeth Vivian McKinney inscribed at least one page, on March 25, 1901, and was presumably the Bessie who signed another. 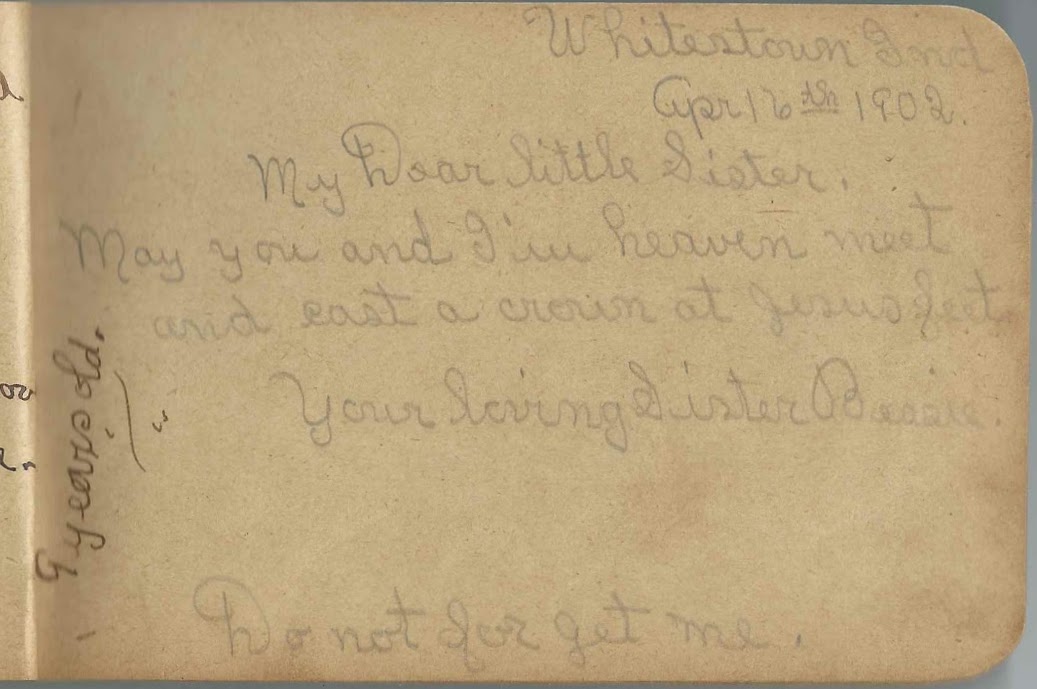 On November 21, 1914 at Whitestown, Indiana, Bonnie married John Harding Osbourne, son of Elmer and Phoebe (Harding) Osborne.  John was born February 13, 1892 in Illinois.  The marriage didn't last.  As late as the time of the 1940 Census, Bonnie was living at Worth, Indiana, and working as an assistant postmaster.  I couldn't find evidence of any children for Bonnie and John.

Other signers who indicated a family relationship with Bonnie include:


If you have corrections and/or additions to the information above, please leave a comment or contact me directly.  Please be careful in commenting about people who may be living.