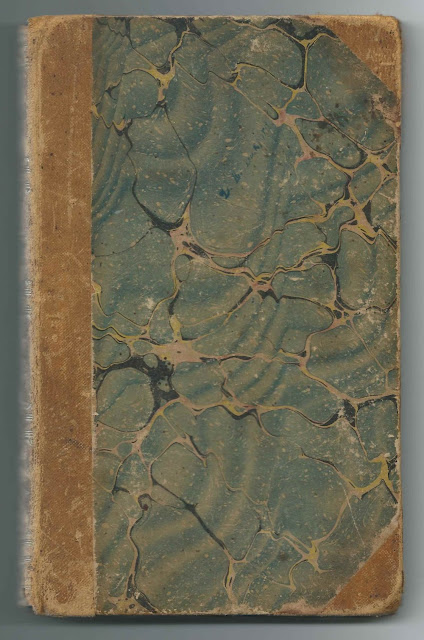 1838-1899 autograph album of Dolly Edgecomb Merrill of Saccarappa, in what is now Westbrook, Maine, and of Brownfield, Maine. 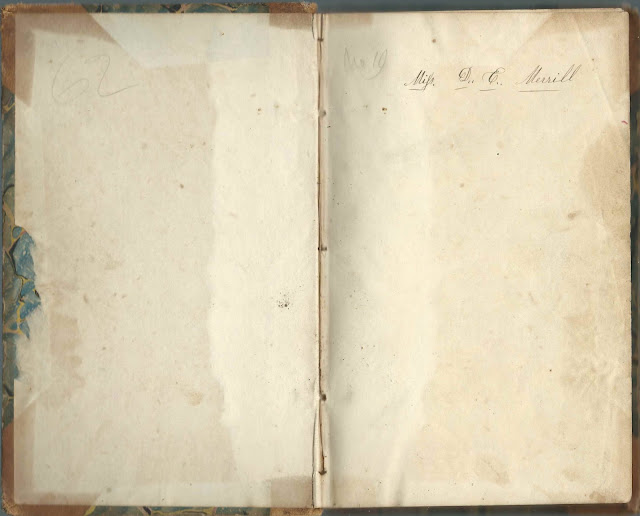 The album contains pages from the earlier era signed by people from the Westbrook, Maine area, including the village of Saccarappa; Brownfield, Maine; and Gorham Seminary, which Dolly apparently attended.  Pages from the later years were signed by Dolly's children and grandchildren.

Engravings of the statue of Guy, Earl of Warwick, and of the London Stone on Cannon Street appear at the beginning of the album. 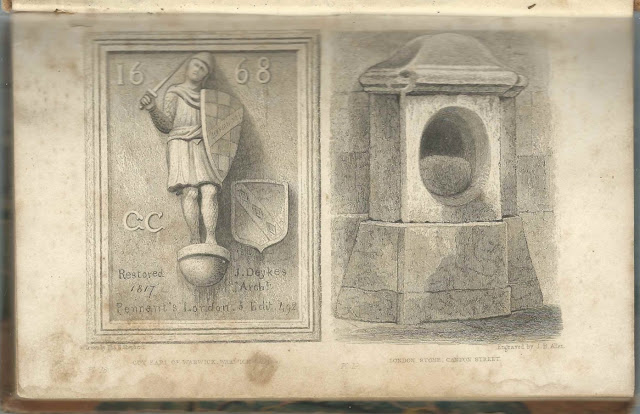 The album is folio-shaped, measuring about 7-3/4" x 5" and contains the sentiments of over 50 of Dolly's relatives and friends.  An alphabetical surname list and an alphabetical list of the signers, together with any personal information they offered, appear at the end of this post.

It appears that the album was presented to Dolly by Newton Capron. 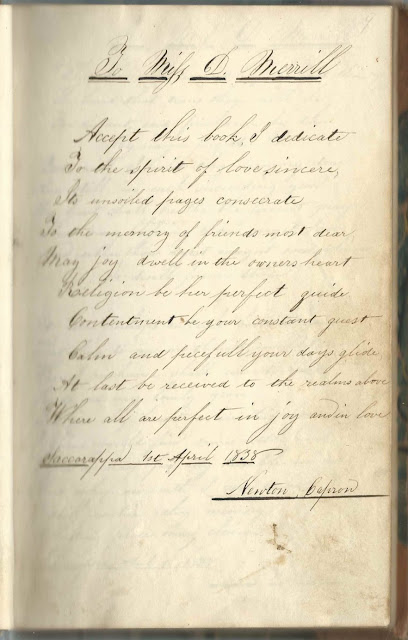 Dolly Edgecomb Merrill was born September 28, 1816 in Maine, the daughter of James Walker Merrill and Dolly (Ulmer) Merrill.  The J. W. M. who inscribed a page "to My Daughter D. E. Merrill" at Westbrook, Maine, on May 10, 1838 was Dolly's father James Walker Merrill. 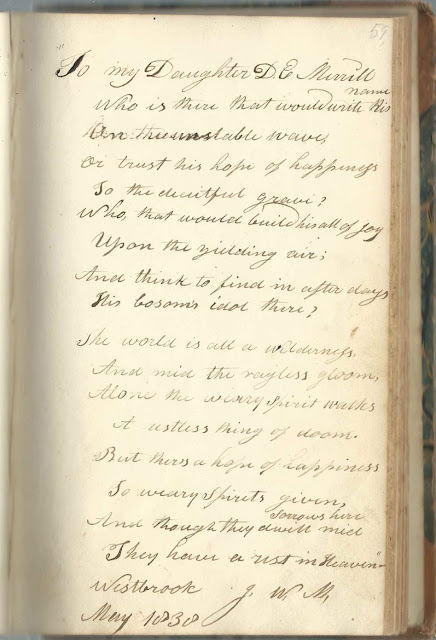 Dolly's mother Dolly (Ulmer) Merrill of Westbrook, Maine, inscribed a page "To my Daughter" in May 1838. 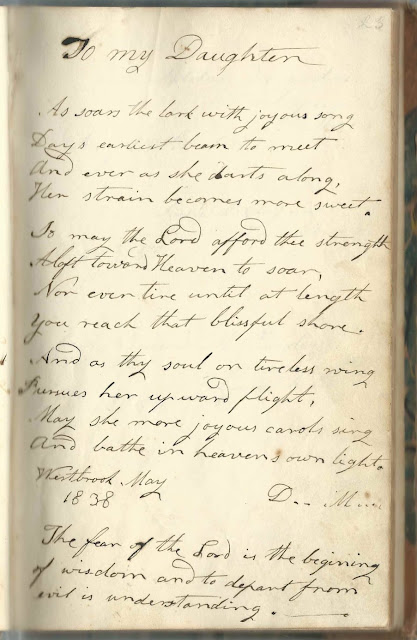 About 1840, Dolly Edgecomb Merrill married William F. Bickford, son of William and Harriet (Farnham) Bickford.  I believe Dolly and William had six children:
William and Dolly lived at Brownfield, Maine, for years, before moving by the time of the 1900 Census to Lynn, Massachusetts.  William died there in 1901, and Dolly in 1902.

Relatives who inscribed pages in the album and indicated a family relationship - and there were no doubt more, as someone familiar with the family might determine from the list of signers at the end of this post:

Also included in the album are two rewards of merit.  One was presented to Jessie H. Merrill, who might have been Dolly's son Jesse or a granddaughter Jessie; it was signed by teacher Carrie D. Osgood.  The other reward of merit was presented to Hattie ?, whose surname is smudged, but might be Meserve, as Dolly's daughter Elizabeth E. (Bickford) Meserve had a daughter Hattie with husband Simon P. Merserve.   The teacher who signed Hattie's reward was Olive Perry. 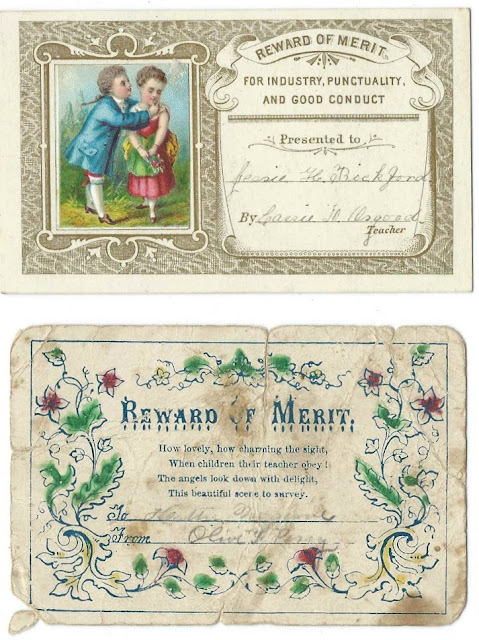 Signers in the album         [Note: Given names within a specific surname may not be in alphabetical order.]
Saccarappa, in Westbrook, Maine, and Brownfield, Maine